The Old Ways follows Mexican American reporter Christina — and her journey to her homeland, Veracruz. However, she is abducted by an old Bruja and her son, who claim she has a demon within her, and only they can purge her of it. This is not much of a spoiler as the film throws you right in with everything explained within the first fifteen minutes.

Right off the bat, I was impressed with the effectiveness of the scares. The opening sequence literally gave me chills. While the film is particularly dark at times, the color pallet is beautiful and a perfect representation of Mexico and specifically Veracruz.

“The Old Ways is one of the more frightening films I’ve seen lately, and I watched it in the middle of the day!”

The Old Ways wastes no time, with each scene being integral to the story. As the film progresses, we learn more about Christina, her captors, and her estranged cousin. In many ways, the film becomes a character study of Christina and her struggle with cultural identity. Her resentment of superstition and the old ways, as well as her cultural alienation, were extremely resonant to me as a Mexican-American. Christina’s relationship with her cousin and the moments they share make The Old Ways more than the typical possession movie.

That’s not to say it isn’t spooky. The Old Ways is one of the more frightening films I’ve seen lately, and I watched it in the middle of the day! While, again, the film is dark, the visual effects are fantastic, and the creature design itself is downright horrifying. There are tense ritual scenes that will totally make you squirm, and although there are some jump scares, they are done effectively. Part of the reason I would set these jump scares apart from the usual is the sound design, which is pristine. The film is loud when it needs to be but is never overwhelming, and rather than a generic loud noise being the trigger for a jump, the noises make sense and continue the terror after the initial jump. 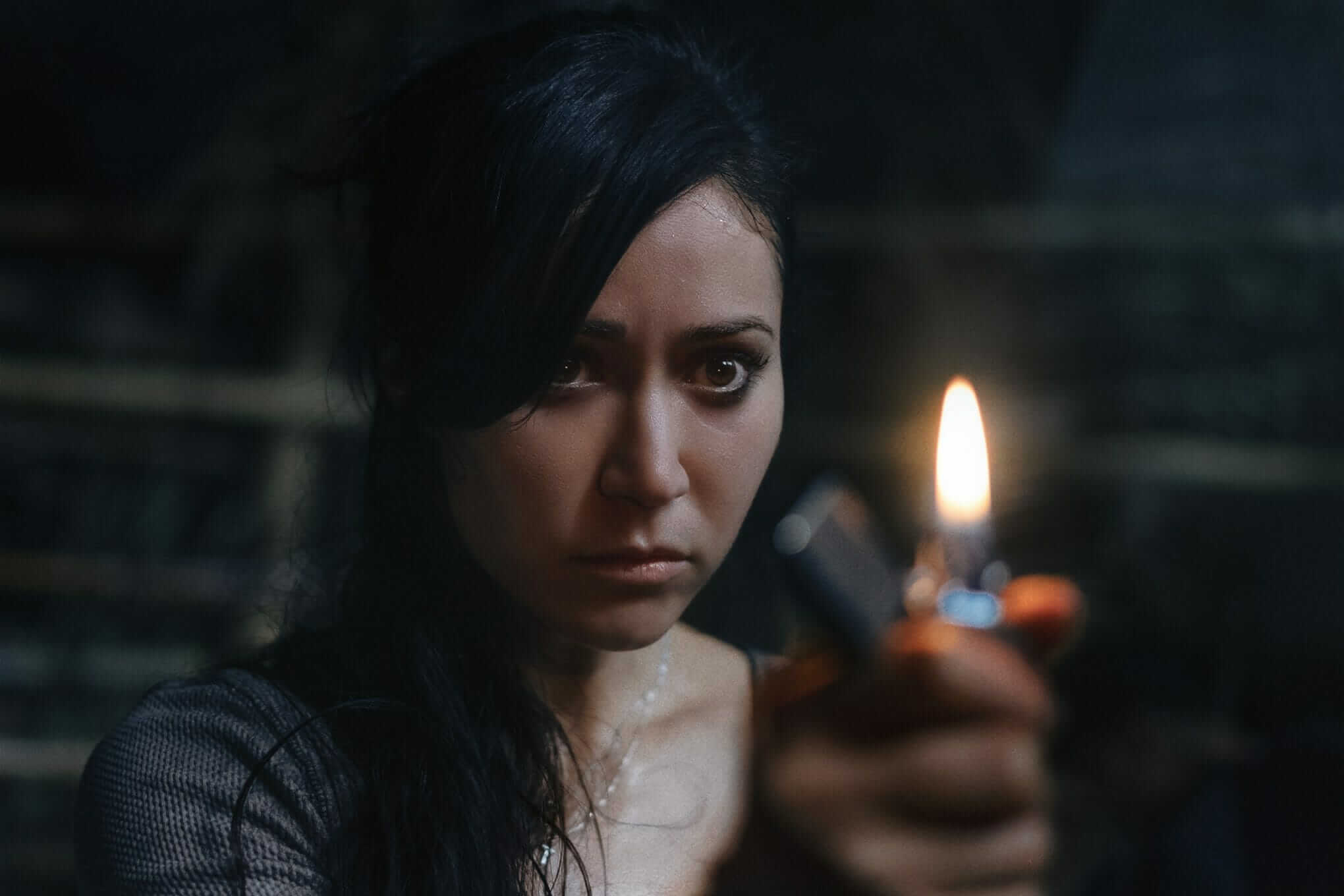 The music plays a big part in The Old Ways’ unique style, incorporating traditional Veracruz son jarocho music and traditional folk ballads like La Llorona. It helps to reinforce the idea of Christina’s lost heritage as a traditional version of La Bamba is played, hinting at the song’s real roots.

As a character, Christina is also incredibly believable, dealing with her own internal demons in the form of drug addiction. Her actions throughout the film are reasonable and what we would expect a person in captivity to do. Having an English speaking protagonist also plays on cultural alienation. Still, it is also a smart move creatively as it makes The Old Ways more accessible to a broader audience. Language in the film is especially notable as it never feels out of place and the inclusion of Orizaba Nahuatl was a great touch. 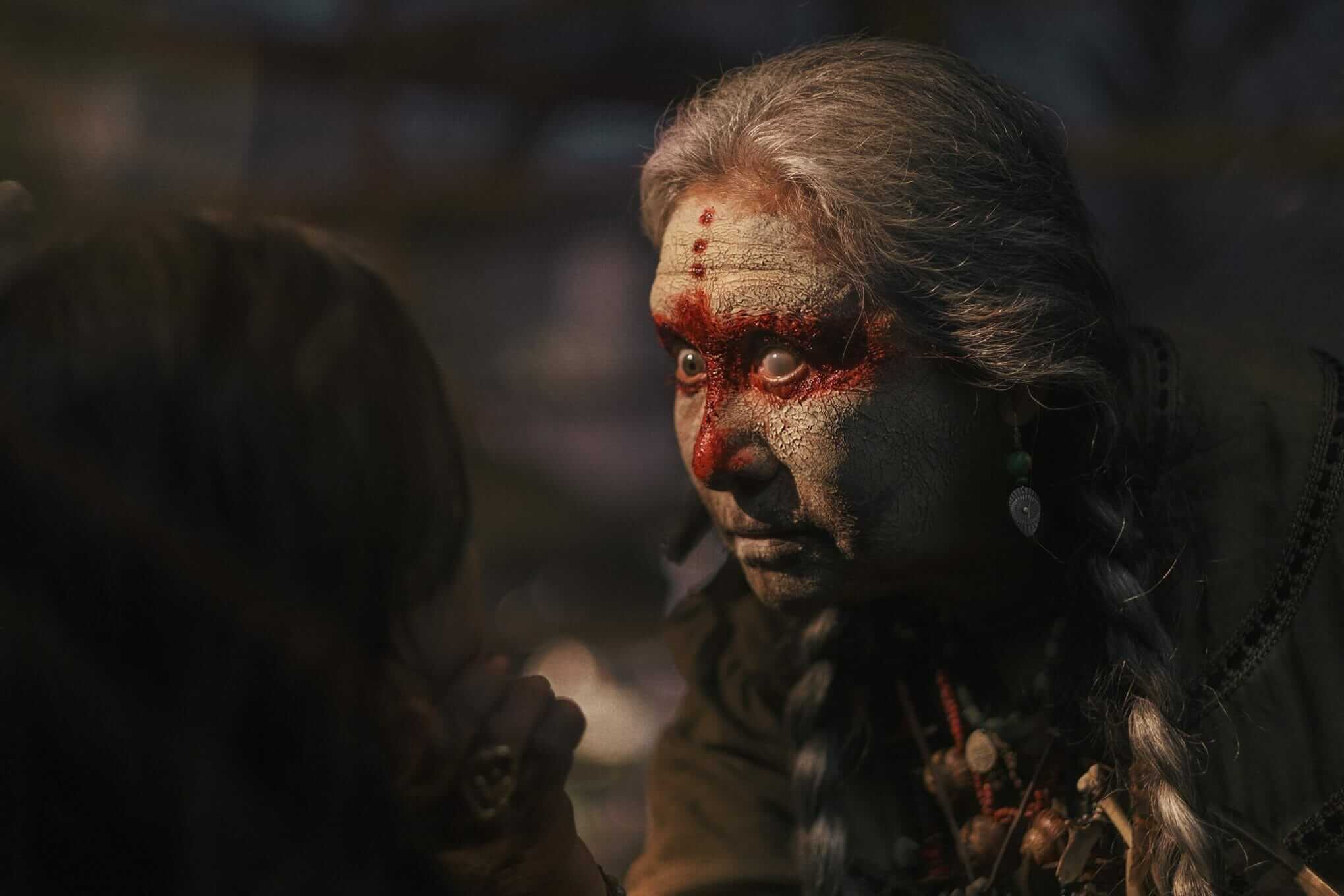 Writing Devils in the Details for NOFS every month means I also look deeper when anything demonic or occult is involved. When it comes to tradition, the Bruja as a shaman or healer was well done. It does not reinforce western witch stereotypes and correctly distinguishes the Bruja as a wise mystic. As for the demon, at least it’s incredibly original! While I couldn’t find precisely what demon they were referring to in the film, the name is similar to a Nahuatl word meaning to split or break. Pretty spooky in any case!

Perhaps my only issue with the film was the length. Because the story starts right away, it feels like it should end a little after the hour mark. At that point, the film drags a bit, but it’s not all bad since the final scenes of the film serve almost as an epilogue or coda.

Overall, I really loved this flick. It’s got demons, Brujas, Mexican-American cultural identity crises, and more! The story is deep but never takes itself too seriously. The creature design is awesome, and the cheesy one-liner near the end is right at home in a horror film such as this. I would totally recommend this movie to anyone who is a fan of creature features, possession movies, or Latinx content devotees!

The Old Ways is currently seeking distribution. If you want to catch this one, keep an eye on your favorite festivals. Are you planning on watching this one? What are some other Latinx features you enjoy? Let us know over to Twitter, Reddit, or in the Horror Movie Fiend Club on Facebook, and get more horror delivered straight to your inbox by joining the Neighbourhood Watch Newsletter. 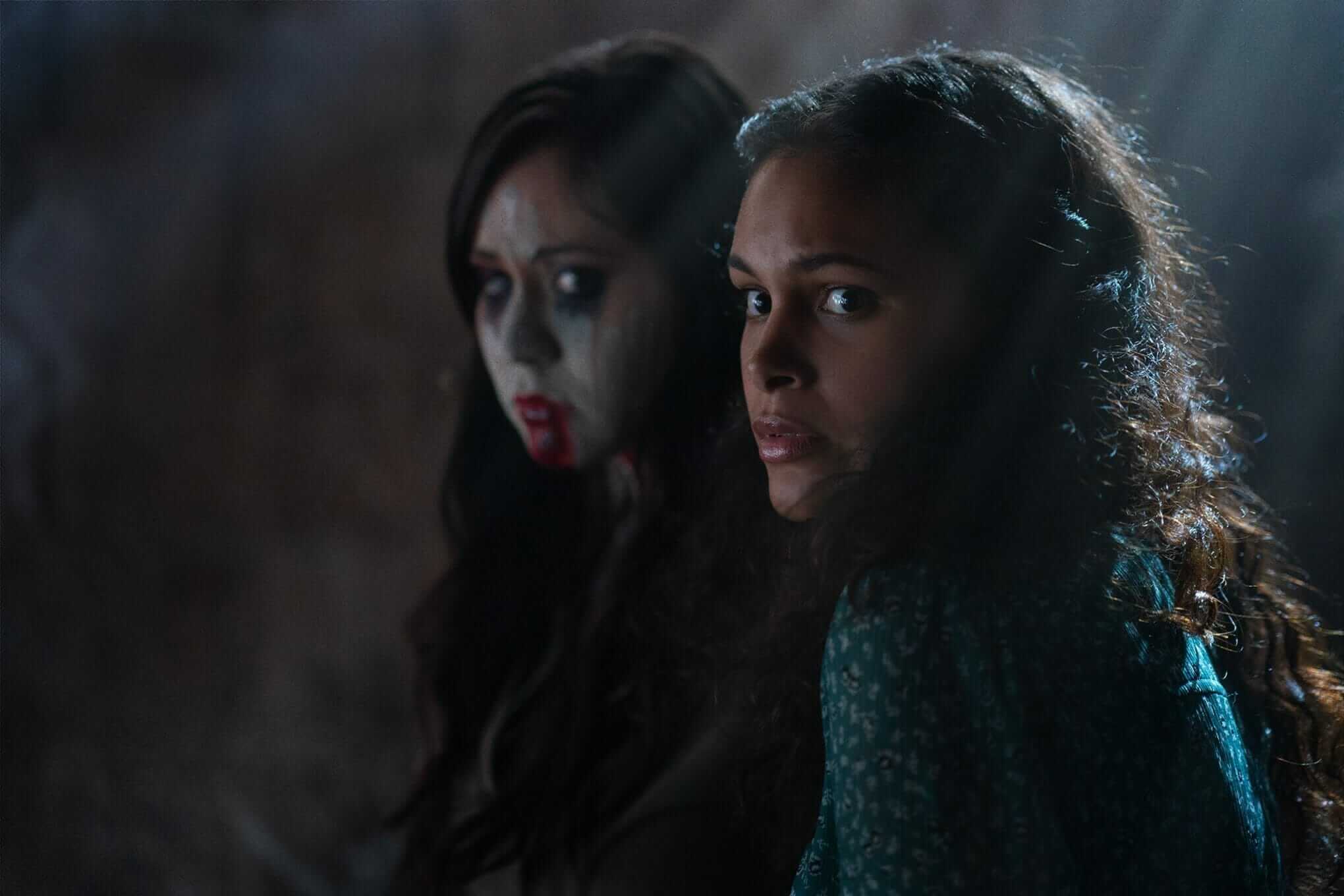 TLDR Overall, I really loved this flick. It’s got demons, Brujas, Mexican-American cultural identity crises, and more! The story is deep but never takes itself too seriously. I would totally recommend this movie to anyone who is a fan of creature features, possession movies, or Latinx content devotees!