A lot of people say they smoke pot to relax. But what if every time you lit up a fat doob of the devil’s lettuce, you saw ghosts? I don’t think I’d ever be able to relax again. New Zealand horror comedy DEAD follows a stoner who has gotten used to seeing lost souls wandering the land of the living all the time, until one specter asks him for a big favor. The idea was conceived and written by director Hayden J. Weal and Thomas Sainsbury, who both star in the lead roles.

Marbles (Thomas Sainsbury) can communicate with the dead by injecting himself with a purple serum made of cannabis and crushed-up neurological medication. He uses his necromancer abilities for good, acting as a conduit for townsfolk who recently lost a loved one. By helping them say their final goodbyes, he allows the spirit to be at peace and pass onto the next plane. It’s a very bittersweet job, but someone’s gotta do it. That all changes when Marbles is contacted by the ghost of Tagg (Hayden J. Weal), a police officer who woke up dead on a farm, with his pants missing. Tagg is aware of Marbles’ reputation as a ghost whisperer (and has busted him a few times in the past for drug possession), so he demands that Marbles helps him track down his killer.

“DEAD stands out from [other stoner horror] because it has a lot of heart.”

At first, Marbles refuses. But when his mother tells him that she’s selling the family farm, Marbles figures he can use some of that life insurance money Tagg offered him, in order to save the last remaining connection to his late father. Marbles teams up with Yana (Tomai Ihaia), Tagg’s foster sister to crack the case. When he was still alive, Tagg and Yana were investigating a series of murders they believe are all connected. However, Yana can’t leave her apartment because she’s under house arrest for impaired driving, so it’s up to Marbles to do all the legwork, with Tagg whispering in his ear at all times.

I appreciated that the premise was established within the first ten minutes. They could have easily wasted half the movie showing how Marbles found the precise combination of drugs to tap into the spirit world. Instead, they immediately start with Marbles going from house to house to meet with clients who want to contact their recently deceased family, leaving the explanation to Marbles’ abilities in a narrated flashback later in the film. 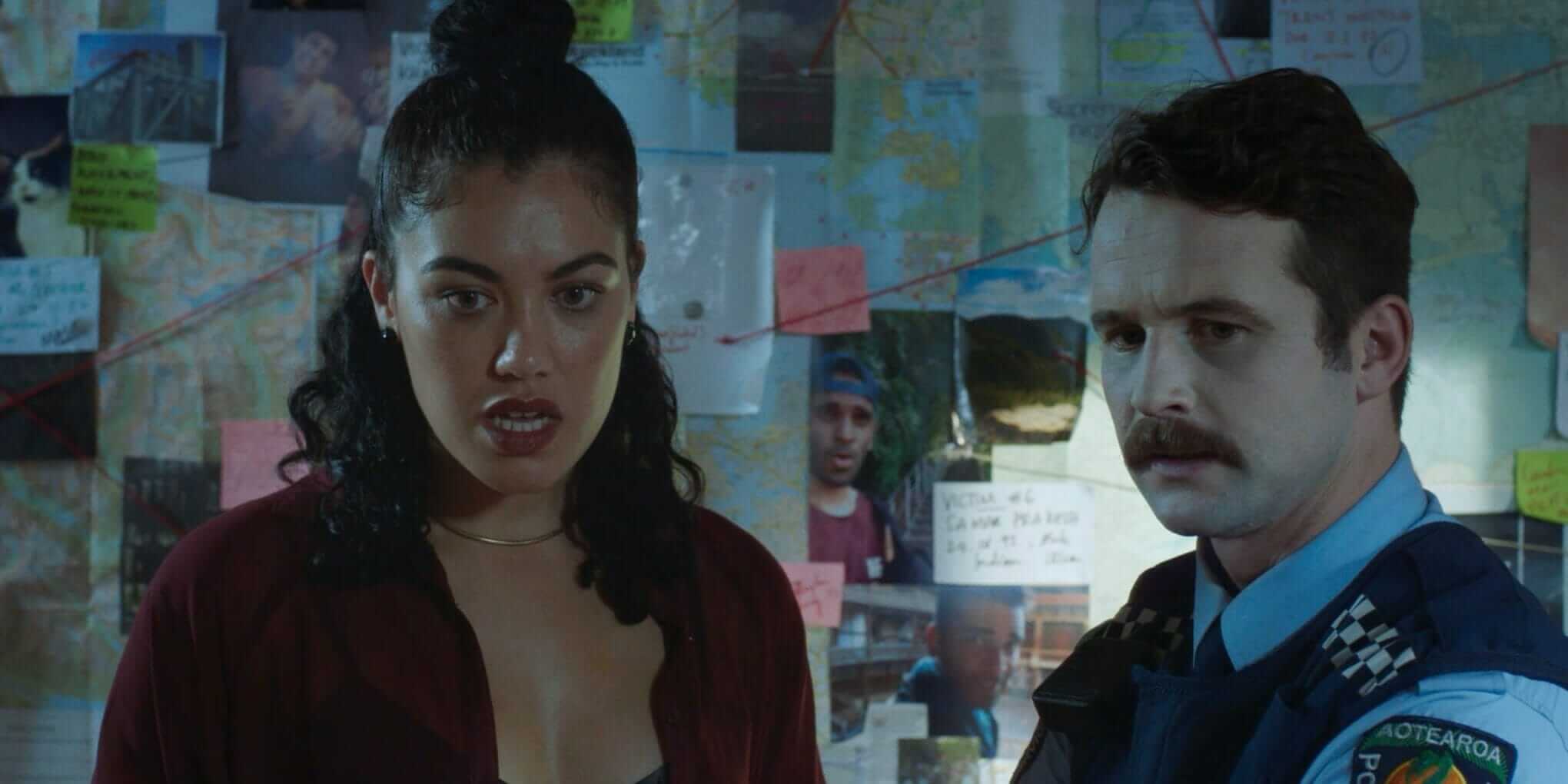 Seeing Tagg run around in his underwear is hilarious. His moustache and shortpants combination reminded me of Lieutenant Jim Dangle of Reno 911. The dynamic between Marbles and Tagg works really well. Tagg is constantly criticizing Marbles for being an aimless stoner with no real life ambition. Had I been in Marbles’ shoes, I would have responded “Well, at least I’m still alive.” But Marbles never gives way to petty insults because he’s a genuinely nice person. A lot of comedy comes from Marbles talking to Tagg, especially when he’s undercover, while other characters can only see him talking to himself. There was no need for expensive ghostly special effects; it was just a matter of having the actors ignore the presence of the ghost in a room.

There are several rules to being a ghost in this universe. You’re cursed to an eternity of wearing whatever clothing (or lack of clothing) you were wearing when you died. Ghosts who do not pass over the next plane after a while become gray and zombie-like. Marbles describes them as bananas that get left out for too long. This creates a sense of urgency as the whodunit drags on for days. Cracks begin to form in Tagg’s face, and he slowly loses his memory. If a fresh ghost gets touched by a rotten ghost, they can become infected, speeding up the rotting process. Once again, no fancy VFX needed, just a superb makeup team. 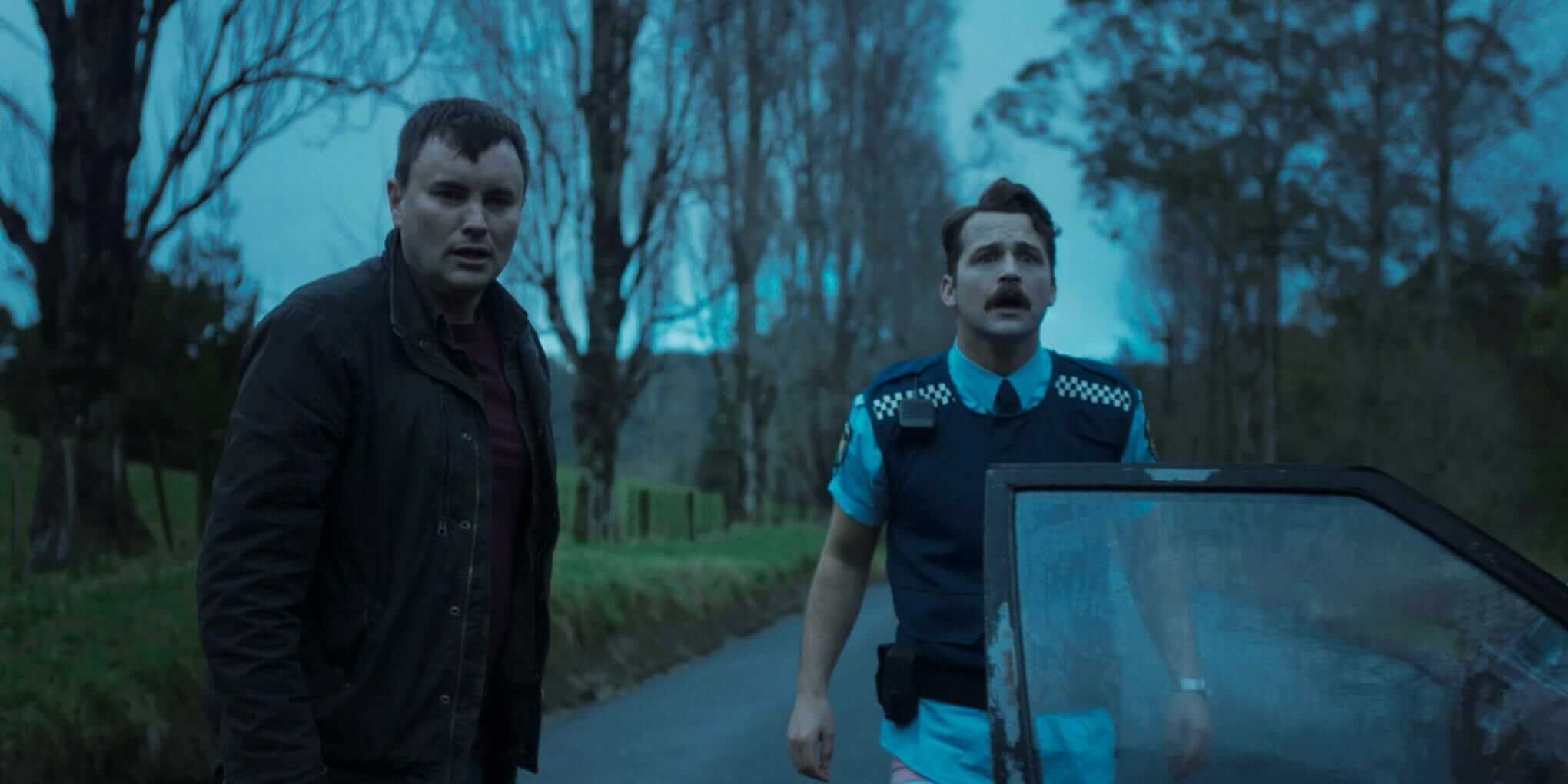 Things became somewhat convoluted when the rules of possession were introduced in the third act. The main villain is revealed to have been under their noses all this time, though too much effort was spent on trying to explain their motivations for the murders. The fun drops off as it gets darker, both figuratively and in terms of lighting, as the sun goes down and the action takes place farther away from the city. I wasn’t too fond of the murder mystery plot. I was more captivated by the arc of Tagg and Marbles’ friendship; mortal enemies when they were alive—cop and drug user—but willing to risk everything for each other by the end.

Off the top of my head, I can’t name many stoner horror films and those I can think of involve a pothead getting slashed to pieces for daring to light a single joint in the middle of the woods. DEAD stands out from the rest because it has a lot of heart. I would like to see more films like it, where the stoner character is a lot more complex and because horror has finally moved past the point where doing drugs is a guaranteed death sentence.

“…horror has finally moved past the point where doing drugs is a guaranteed death sentence.”

DEAD is available for digital download now, through 1091 Pictures. Let us know what you thought of the film and whether or not you can see ghosts after smoking weed over to Twitter, Reddit, or in the Horror Movie Fiend Club on Facebook, and get more horror delivered straight to your inbox by joining the Neighbourhood Watch Newsletter. 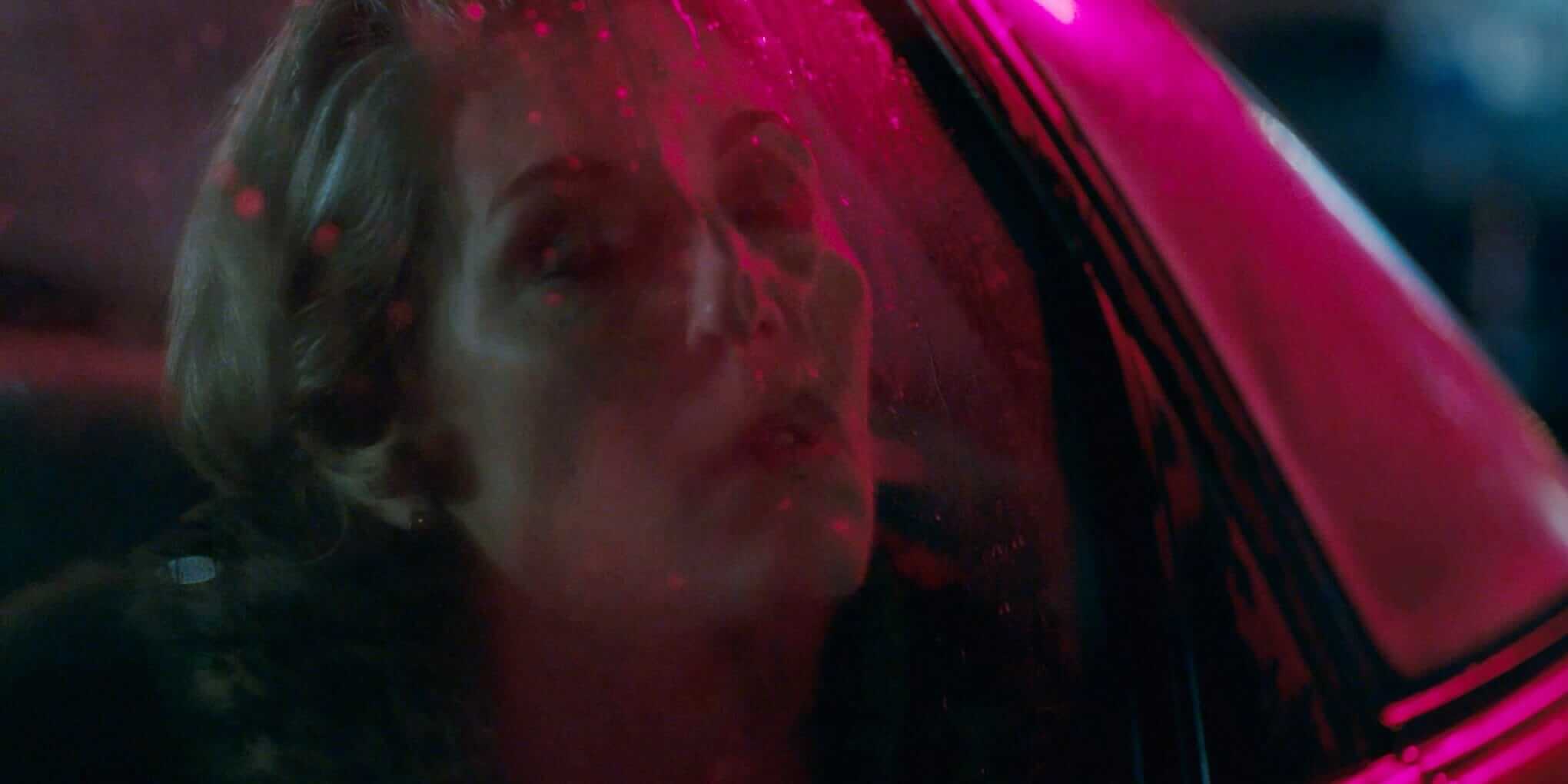 TLDR Off the top of my head, I can’t name many stoner horror films and those I can think of involve a pothead getting slashed to pieces for daring to light a single joint in the middle of the woods. DEAD stands out from the rest because it has a lot of heart. I would like to see more films like it, where the stoner character is a lot more complex and because horror has finally moved past the point where doing drugs is a guaranteed death sentence.