Animation is a gorgeous medium ripe for horror picking but is so often assumed to be saved for children’s content. While shows like The Simpsons, South Park, and Family Guy are treated as adult animation anomalies, there is so much more to the world of animation particularly when it comes to horror. Director Jason Axinn’s feature film debut To Your Last Death proves that.

Miriam DeKalb (Dani Lennon, The Love Witch) is a successful businesswoman who runs a nonprofit all about encouraging peace. This organization was born out of resentment towards her father, Cyrus DeKalb (Ray Wise, Twin Peaks), a billionaire who has made his money in creating warn technology; he is a glorified arms dealer. She wants to combat his sadistic tendencies, but he blocks her every step of the way.

Then, one day, she and three siblings are called to his office to discuss their inheritance. Cyrus reveals that he is disappointed in them for publicly calling him a psychopath during his campaign for vice president. They ruined his chance at world domination, so they must pay. So he begins torturing each of his children in twisted ways reminiscent of the Saw franchise. One device cuts into flesh and measures how much blood you’ve lost. If you don’t lose the right amount in the allotted time, you lose your head. Really fatherly stuff, right?

But there is another layer to the parental torture. On top of fighting for her life, Miriam is visited by a strange figure called the Gamemaster (Morena Baccarin, Deadpool). She is an otherworldly being who manipulates time to make human suffering a game for god-like deities. Just when you thought torture performed by your dad was bad, enter a woman who revokes all control of your narrative. It feels like there is no winning for Miriam.

To Your Last Death boasts an impressive cast of voice actors who prove their acting chops as they convey such intense feelings of anger and fear through vocal performances alone. But perhaps the most impressive performances of the film come from Lennon, Wise, and Baccarin. Lennon pours herself into the desperate and furious Miriam, creating a complex character that is both trying to be strong and is crumbling in the face of her trauma. Wise holds nothing back as the sadistic Cyrus as he screams, giggles, and begs for mercy. Baccarin melds sexy and scary as the Gamemaster, making this all-powerful figure irresistible with her cool voice. All three are able to create such fascinating and engaging characters that you either cheer for or against.

To Your Last Death’s animation style is similar to the FX show Archer, but even more stylized. It feels like the characters have fallen off the pages of a comic book and onto the screen. Everything is very two-dimensional in style —not in content— with bold black lines and bright colors that draw your eye and make you cringe as heads explode. Each frame of animation proves the malleability and flexibility of the medium in the context of horror and how it allows creators to push the boundaries of the genre.

“To Your Last Death boasts an impressive cast of voice actors who prove their acting chops as they convey such intense feelings of anger and fear through vocal performances alone.”

Perhaps To Your Last Death’s biggest achievement is not in its technical aspects, but how it tells a story of parental trauma and the cruelty of the rich. It is an example of “one-percenter horror” films that depict the rich as monsters who use their wealth to torture. Cyrus represents the rich white men that rule the world and who use their money to inflict nothing but pain on others. Nothing shows his selfishness and cruelty more than how he beats his wife and children, treating each of them like punching bags. He beat them with belts, called them names, and relentlessly tortured them. Each character has internalized that trauma, carrying in their own ways, either through self-harm, drugs, or a contradictory career path.

To Your Last Death wants to shock, but it also wants to give us a reason to care about these characters. This is just as much about four siblings trying to come to terms with a life of trauma as it is about a strange interdimensional game run by gods. It is a tale about the harm our parents can inflict on us in more ways than just physical. 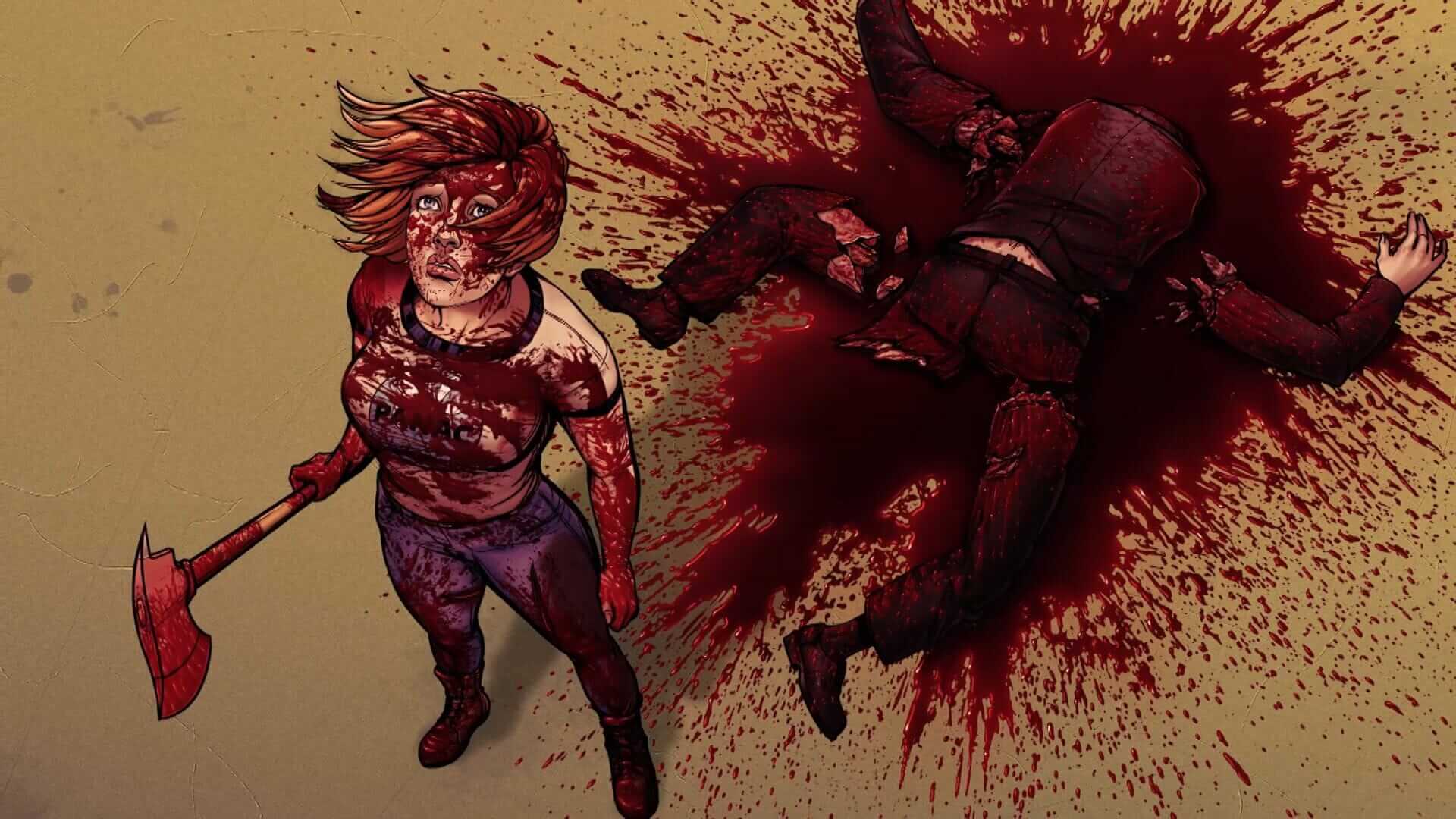 This film is an insane combination of Groundhog Day and Saw with a dash of Knives Out. And yet, despite those obvious comparisons, it still stands on its own in creating a boundary-pushing horror film. From delightfully disgusting kills to heartbreaking moments, To Your Last Death is a wild gorefest with a poignant emotional core. Come for the kills, stay for the indictment of the rich.

To Your Last Death is now available on digital and VOD. Have you seen it? What did you think? Let us know on Twitter, our subreddit, or at The Horror Movie Fiend Club on Facebook! Review: To Your Last Death

TL;DR From delightfully disgusting kills to heartbreaking moments, To Your Last Death is a wild gorefest with a poignant emotional core. Come for the kills, stay for the indictment of the rich.