[Rewind] Come for the Story, Stay for the Gory: Revisiting DRAG ME TO HELL Despite the fact that its title is my exact thought every time another news story breaks so far in 2020, Drag Me to Hell (2009), directed by Sam Raimi (The Evil Dead), is a masterclass in nostalgia and B-movie making that I am always thrilled to revisit. From the 1980’s era Universal logo to the extensive preference and use of practical effects, every aspect of the film works together in perfect harmony giving the film an elevation over typical B movies. Raimi leans into camp, rather than avoiding it, allowing the film to be pure, visceral fun.

Drag Me to Hell is the story of Christine Brown (Alison Lohman), a young bank associate who has a gypsy curse placed on her by a vengeful woman whose house Christine forecloses on. The film follows her and her boyfriend (played by Justin Long, in a return to horror) as she tries to remove the curse and avoid being dragged to hell by a powerful demon, the Lamia. The lengths she goes to are what make it such a fun watch. It beautifully combines horror elements and over-the-top gore, with humor in a manner reminiscent of Raimi’s other work, Evil Dead II (1987). As I always say: Come for the story, stay for the gory.

While the storyline is what pulls you in, what makes you stay and then keep coming back for more on each additional watch are the effects in the film. Raimi is noted for his preference of practical effects and makeup over CGI and the hiring of special effects guru Greg Nicotero (who studied directly from the maestro himself, Tom Savini) proves to be a match made in hell. The level of gore and practical effects is one that harkens back to the seminal slasher films of the 1980’s. From our first look at the elderly gypsy woman, Sylvia Ganush (Lorna Raver), it’s evident that this film is going to be over-the-top in the best of ways. Everything from her blind, white eye to her excessive phlegm, hits the audience on a gut level that is so rarely felt in modern horror. There is a level of disgust added to this mixture that makes you unable to do anything but giggle, groan, and hope for more.

Raimi’s style of filmmaking maximizes the potency of these effects, often playing them up for the sake of comedy. It’s a delightful combination that is tricky to pull off, but luckily for us, Raimi mastered it decades ago. Despite its comedic factors, the film also manages to evoke quite a few solid scares. As the Lamia circles closer and closer to Christine, Raimi is able to cultivate a sense of dread that is punctuated by fun jump scares. It’s a tad formulaic at times but if it ain’t broke, don’t fix it. While the film does tend to telegraph its scares, they vary enough that it turns into a fun guessing game of what will it be this time.

“Sam Raimi’s Drag Me to Hell holds up as a fun, visceral film that inspires rewatches due to its blend of campy horror, comedy, and over the top effects.”

Drag Me To Hell is also paced perfectly, with hardly a dull moment or a shot wasted. Nearly every shot is dynamic, making the film seem in constant motion, hurtling towards its inevitable climax. The borderline overuse of dutch tilts adds a campy-ness and an additional layer of fun as well, showing that the film is not as overly self-serious as many modern horror flicks are. Adding to the visuals, is a highly effective score from Christopher Young, who also scored the original Hellraiser (1987) and its sequel, Hellbound (1988). The score is a wondrous combination of strings and crashing brass, accentuated with not-so-heavenly choirs, that aggrandizes each moment with perfectly timed crescendos.

One aspect I love about this film is that it is a love letter to horror and Raimi’s roots. There are constant references to Raimi’s original Evil Dead films, such as the use of the Yellow Delta, and Clay’s (Justin Long) reference to his parents’ cabin. In a way, it’s a referential evolution from when Raimi featured Freddy Krueger’s glove on the wall of the shed in Evil Dead II. Raimi himself even appears in an uncredited cameo as one of the spirits in the seánce sequence. One of the most fun references is a little more subtle, in a way that if you didn’t read about it, you probably wouldn’t even know it was in there. The film features a song entitled The Exorcist Symphony, which was originally used only in a trailer for The Exorcist (1973), but that didn’t make it into the final cut of the film. It’s little things like this that have me constantly rewatching Raimi’s films, searching for any easter eggs I may have missed previously. 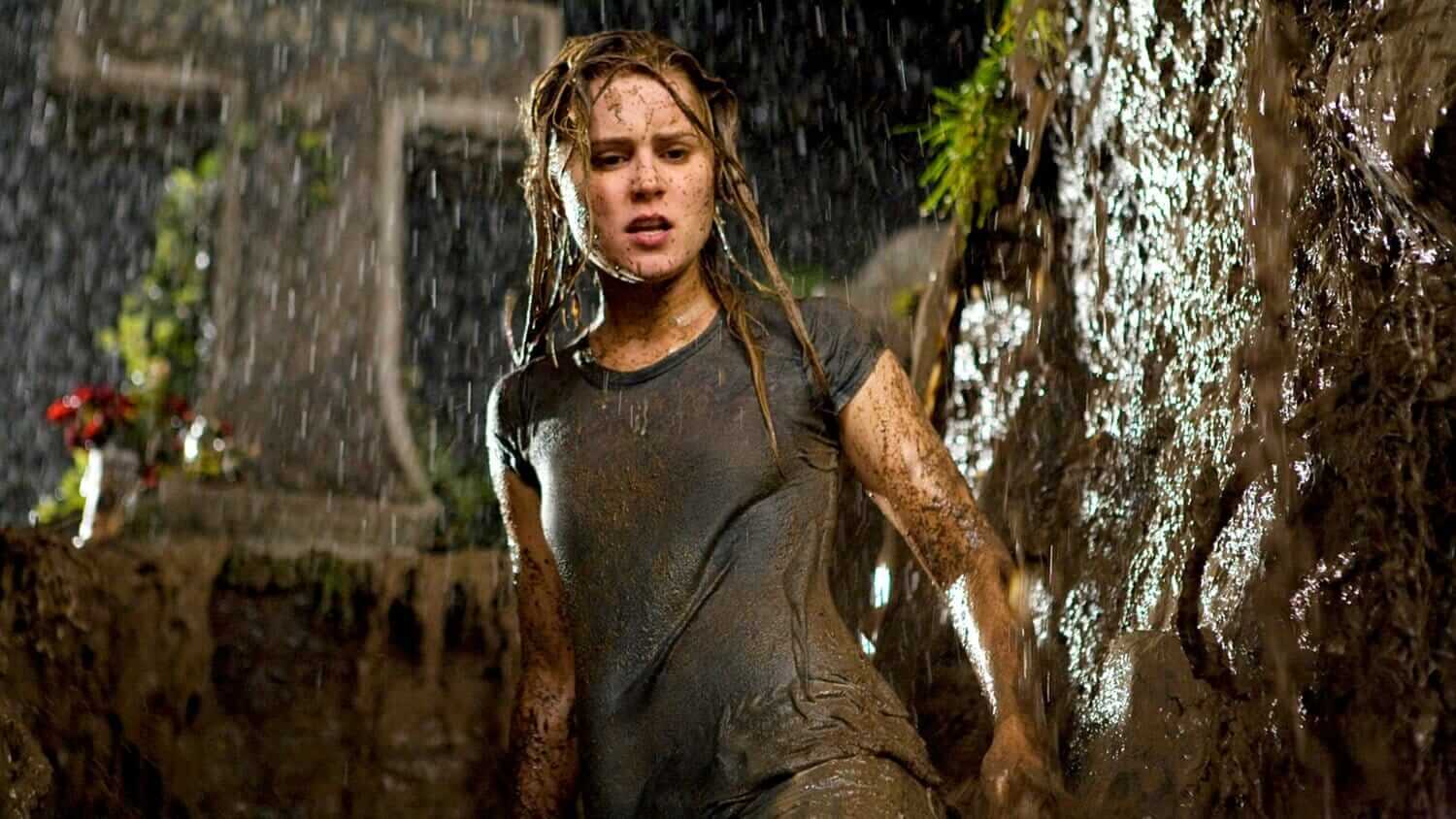 Thematically, Drag Me To Hell is an ode to paganism, creating a melting pot of old-world mythologies that prove to be just grounded enough in real beliefs to make it effective. The film combines the Greek elements of being dragged into the underworld, with a Germanic Krampus-esque figure, in a manner that results in a Satanic goat demon which shares its name with a totally unrelated monster out of Greek mythology. Somehow it also manages to sprinkle in some slavic-gypsy notes, a reference to Raimi’s own family history. It also has one of the most unforgettable horror movie endings in recent memory, showing that fate cannot be outrun and sometimes doom is inevitable.

The concept of fate and destiny is also raised by the psychic, Rham Jas, in the film, played by Dileep Rao, as he and Clay debate the nature of fate as something controlled by man or by a greater power. This brief philosophical moment serves as the main thematic point for the film: there is no escaping fate. No matter what Christine does, the Lamia is coming to take her. This holds with the Greek mythology which so heavily influences the film, as the Greeks believed fate to be predetermined and inescapable. Sam Raimi’s Drag Me to Hell holds up as a fun, visceral film that inspires rewatches due to its blend of campy horror, comedy, and over the top effects. No matter if you’re tense, laughing, or gagging while watching this, you’ll enjoy each wondrous moment of it.

Have you revisited Sam Raimi’s Drag Me To Hell recently? Where does it stand in your personal ranking of Raimi’s films? Let us know over on Twitter, in the official Nightmare on Film Street Subreddit, or in the Horror Movie Fiend Club on Facebook! 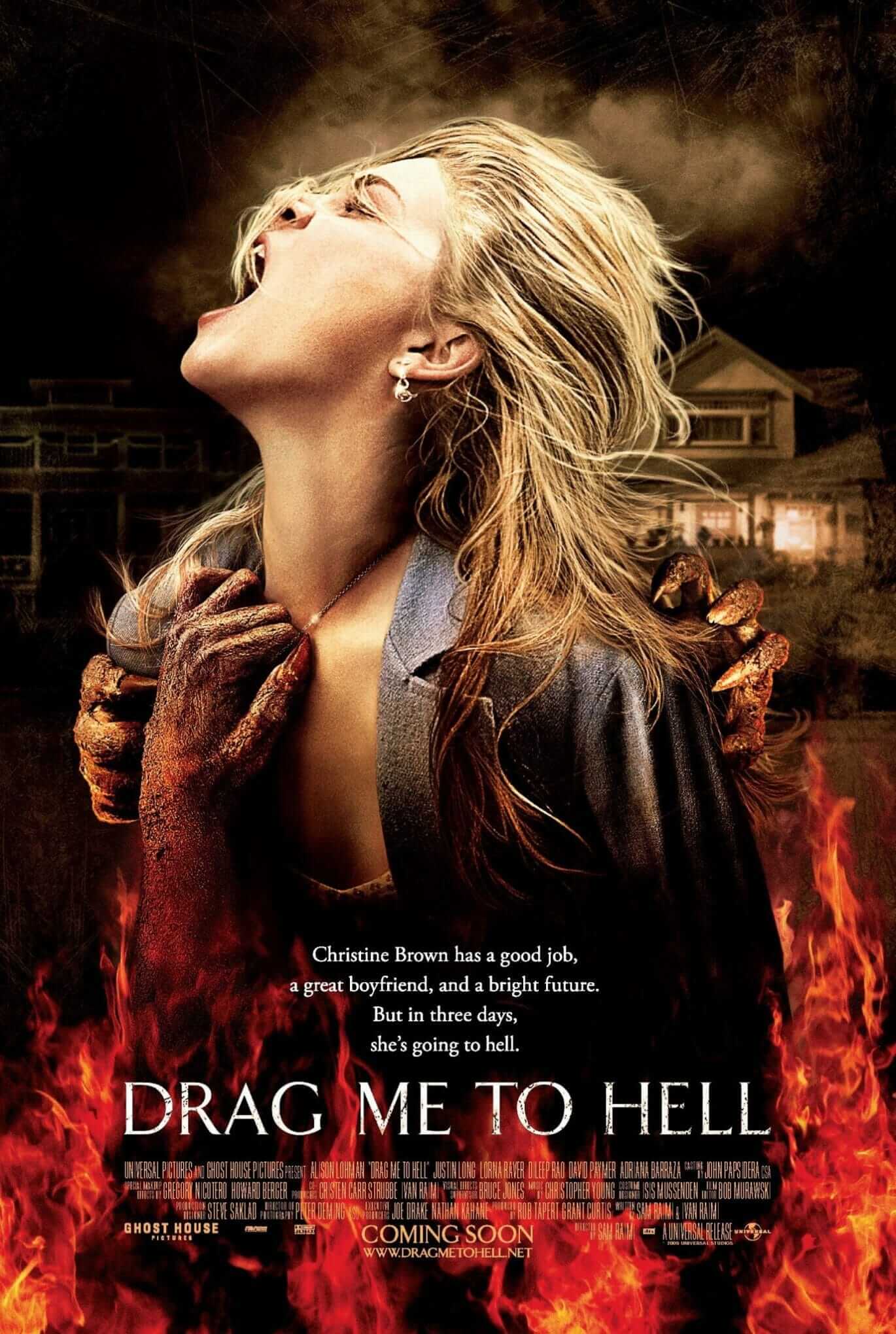