Harpo & Lenny Guit’s Mother Schmuckers (Fils de Plouc) is a filthy, revolting gonzo-comedy that would put a smile on John Waters’ face. That not just because the movie opens with two brothers pan-frying dogshit, but it helps. Mother Schmuckers is an experiment in poor taste filled with nearly everything your average viewer doesn’t want to see on screen but mon Dieu! did I laugh myself silly. The brothers Guit truly are the ring leaders of this circus of insanity, writing, directing, and starring in the film themselves. It’s a super indie bizarro-comedy that could be just as easily be a distant deranged cousin of Vincent Gallo’s Buffalo ’66 (1998) as it could be locked up and hidden away from polite society forever.

Beyond the charming nature of its disturbed sense of humor, Mother Schmuckers is an incredibly ambitious indie feature that surprises you at every turn. If it’s not breaking the only taboos left in cinema it’s breaking conventional norms about how movies should look. Unstuck in time, it has the sensibility of a 70s midnight madness feature and the look of an early 2000s digital handheld. It’s a movie so wild and unrestrained you would have had to travel to *gasp* the rough part of town just to see it. You may feel like you need to take a bath after watching this one but if you can look past all the poo-licking, dog-endangerment, and perversion thrown at you, you’ll find a bold new voice in independent filthmaking.

“Mother Scmuckers is a psychotic cartoon come to life […] There are things in this movie you cannot unsee.”

Mother Schmuckers is a psychotic cartoon come to life. Brothers Issachar (Maxi Delmelle) and Zabulon (Harpo Guit) are two loveable idiots with barely one redeemable quality between the both of them. After losing their mother’s dog, they are given 24 hours to either bring him back or GTFO. Their search takes them on a frenzied journey across Brussels in and out of deadly situations, sleazy brothels, and private parties so depraved even the dark web would blush.

There are things in this movie you cannot unsee but the flip side of that coin is that there are things in this movie that you cannot see anywhere else. With the wrong audience, Harpo & Lenny Guit might have found themselves running from an angry mob after the premiere. It’s vile (I guess), it’s offensive (I’m told), but it’s also brilliantly outlandish and daringly over-the-top from the very start. This isn’t reality. Nothing this absurd could ever be mistaken for anything other than comedic-farse, and that right there is Mother Schmuckers‘ secret weapon. When your film is completely separate from reality, you can get away with anything. 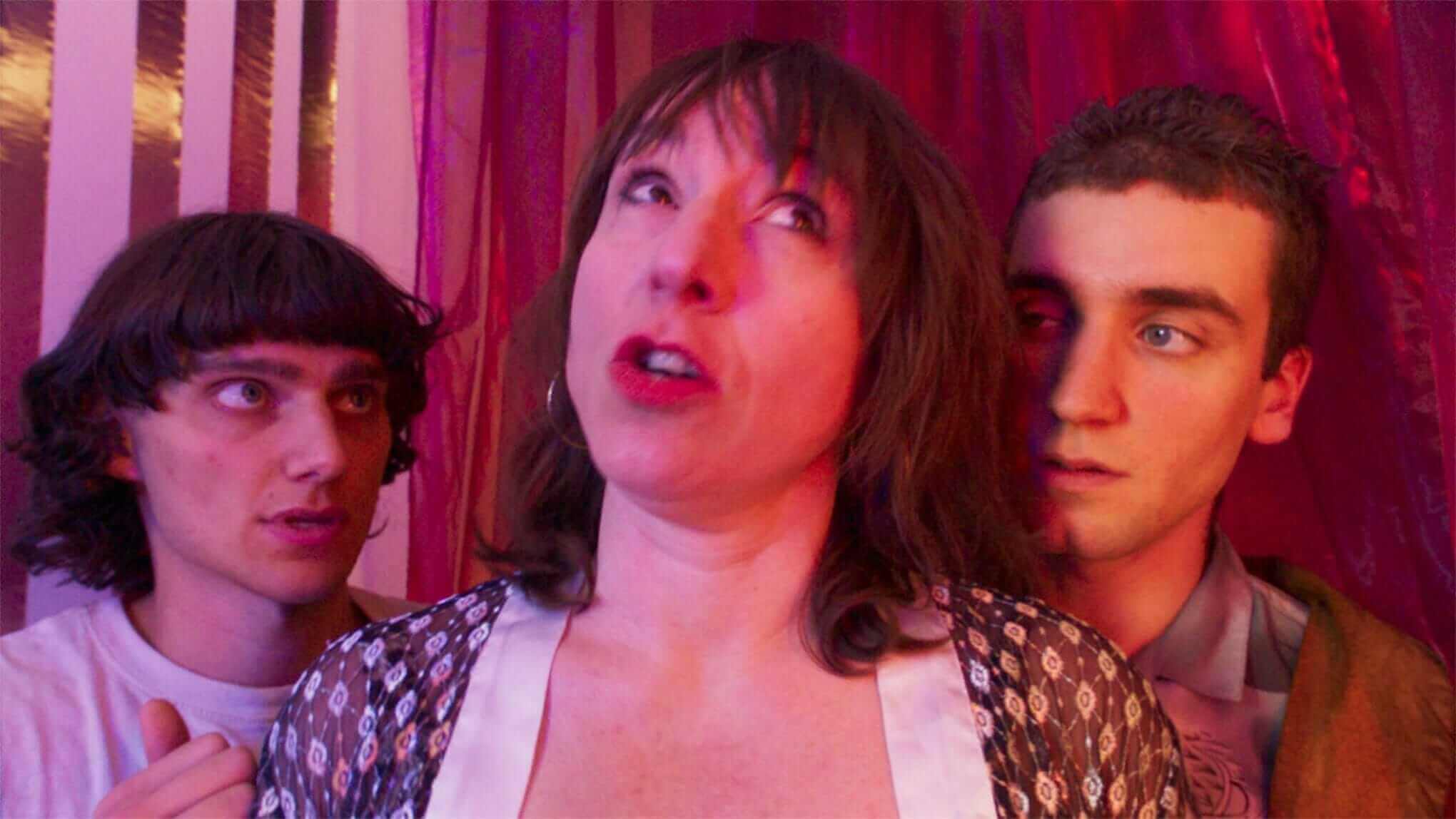 Outside of the laughs though, this movie was a synapse-popping joy to look at. If your favourite parts of Nobuhiko Obayashi’s Hausu (1977) are all the weird anime-inspired editing tricks, you are going to love the multi-angeled, picture-in-picture moments that invade this film like an episode of Pop-Up Video that’s hopped-up on laughing gas. Sure, the story drags a little bit going into the third act. Yeah, it’s maybe a little too coincidental that all of these characters only bump into each other. But! Mother Schmuckers is also one of the funniest, most original pieces of trash cinema I’ve ever forced upon myself. And to quote the immortal words of our filth elder John Waters, “Get more out of life. See a fucked up movie”.

Harpo & Lenny Guit’s Mother Schmuckers (Fils de Plouc) celebrated its World Premiere at the 2021 Sundance Film Festival. Click HERE to follow our full coverage of the festival and be sure to let us know if you’re excited to check out this absurdist, comedic trashterpiece over on Twitter, Reddit, Facebook, and in the official Nightmare on Film Street Discord. Not a social media fan? Get more horror delivered straight to your inbox by joining the Neighbourhood Watch Newsletter. 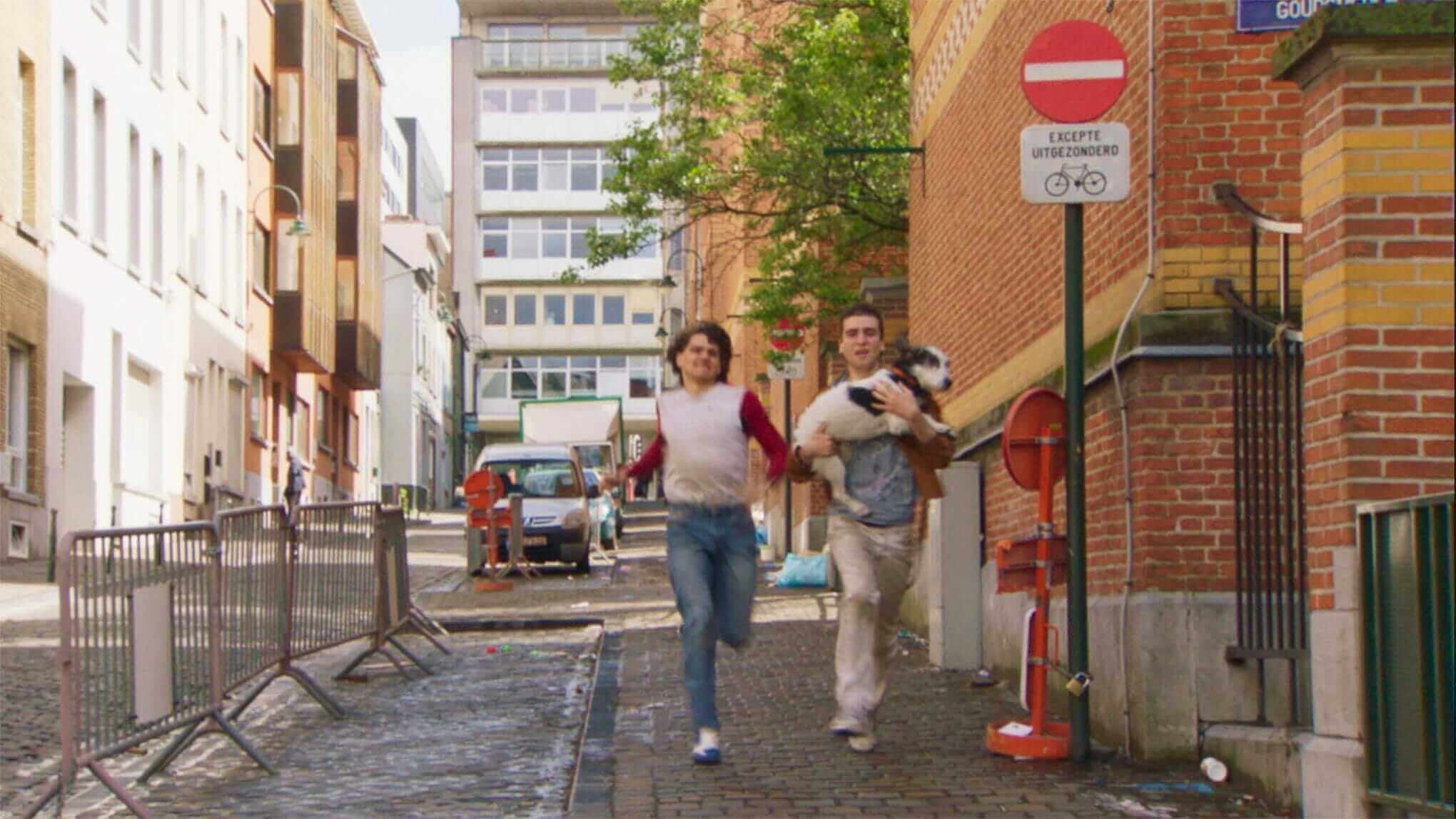 TLDR Mother Schmuckers is a psychotic cartoon come to life. There are things in this movie you cannot unsee but the flip side of that coin is that there are things in this movie that you cannot see anywhere else. It's vile (I guess), it's offensive (I'm told), but it's also brilliantly outlandish and daringly over-the-top from the very start. This isn't reality. Nothing this absurd could ever be mistaken for anything other than comedic-farse, and that right there is Mother Schmuckers' secret weapon. When your film is completely separate from reality, you can get away with anything.