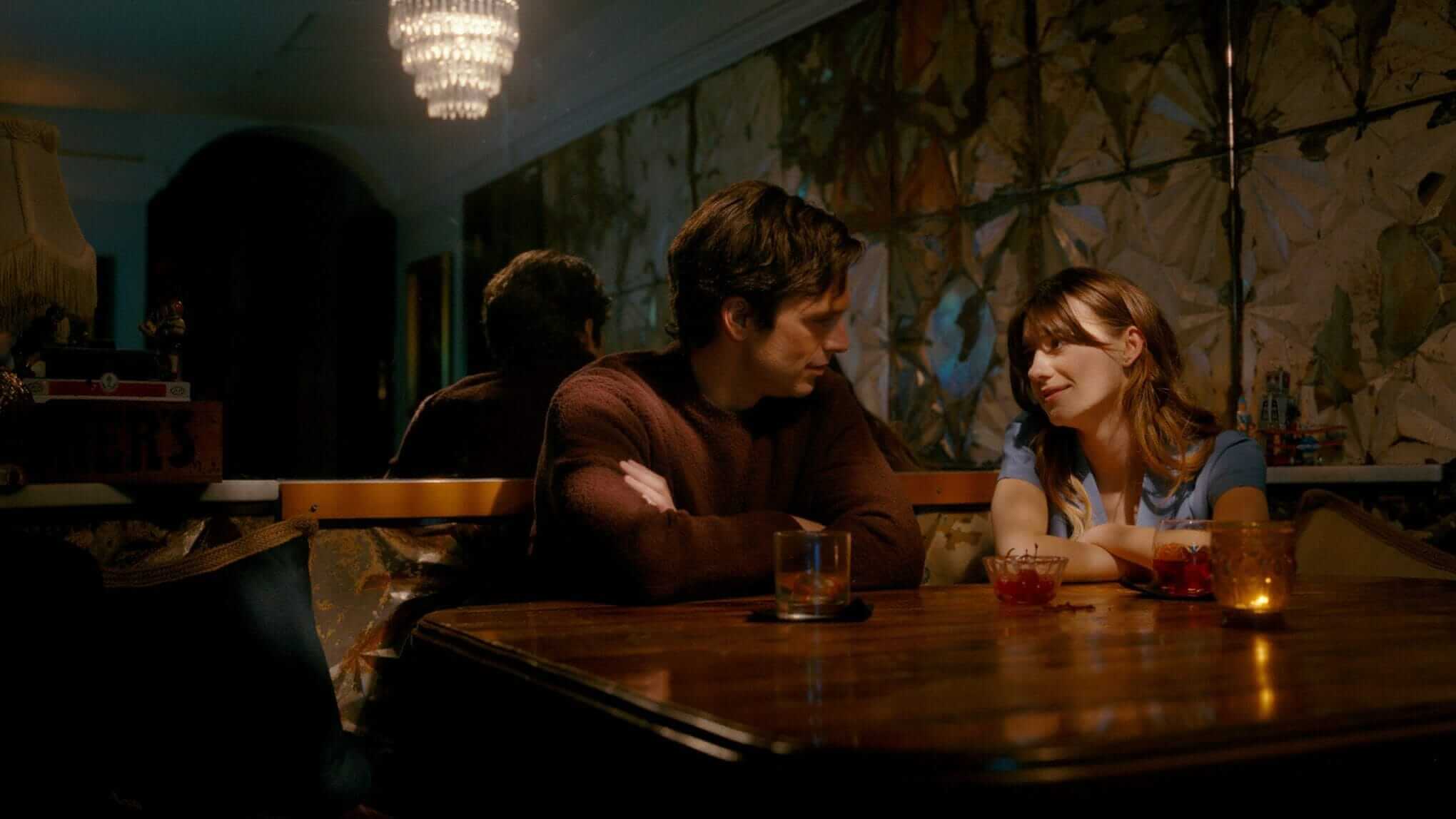 Mimi Cave’s debut feature Fresh is a perfect date night movie. Partly because you and your date can bond over its send-up of online dating follies, but you’ll also get a good idea of whether or not they can handle a gory thriller. If they look away in disgust, you’ll know it was never meant to be. But if they laugh their head off and groove on its killer soundtrack, you’ll know they’re marriage material.

Fresh is best enjoyed as a blind watch. The less you know, the better. It’s not like you discover the lead actress has been dead the whole movie or anything but it’s got a few surprises up its sleeve and they’ll definitely play better if you don’t know what’s coming. So feel free to just add this one to your watchlist and jump out of this review at any time. I won’t be offended. Not sure where to go? No problem. If you click HERE you’ll get zapped over to our Sundance 2022 hub where you can find another review to read. And for something completely different, you can click HERE to see an evil goat kill a farmer with a combine harvester using telekinetic powers. Of course, you’re welcome to stick around and learn more about why you should seek out Fresh, but don’t hold me responsible for spoiling a dish best served, well, fresh.

“Fresh is a super-fun survivor story filled with blood and guts and good music.”

Celebrating its World Premiere at the 2022 Sundance Film Festival ahead of an early March debut on Hulu, Mimi Cave’s Fresh stars Daisy Edgar-Jones (War of The Worlds) as Noa, a twenty-something sick of the dating scene and all the trash men dating apps have sent her way. After a chance meeting at the grocery store, she hits it off Steve, played by Sebastian Stan (Destroyer, he’s also The Winter Solder but whatever) who seems too good to be true. Her best friend Mollie (Jojo T. Gibbs, Twenties) -who, side note, is the most dedicated and responsible best friend in the world- warns Noa to be careful when Steve proposes a romantic, spur-of-the-moment trip to cottage country but Noa trusts Steve implicitly. And who wouldn’t trust that million-dollar smile, those baby blue eyes and…that Level Ten Bundy charisma 😬

As far as Noa was concerned, Steve was the guy she had been waiting for. She’s endured years of loneliness and countless bad dates but it was all over now because she found a decent, trustworthy guy. It isn’t until Noa wakes up in the basement of Steve’s remote cottage, chained to the floor, that she realizes she’s completely, and utterly f*cked. Why he has her chained up is a little detail I’m not willing to give away (Sorryyyyy) but let’s just say that as far as red flags go, waking up shackled in a dude’s basement is an Olympic-sized red flag.

Fresh is a super-fun survivor story filled with blood and guts and good music. Mimi Cave, directing from a screenplay written by Lauryn Kahn, serves up one hell of a hilarious horror story with some sumptuous surprises. Those twists and turns aren’t limited to just the story either. The camera and the sound mix are as playful and adventurous as the rest of the film, always looking for the most exciting angle or surprising audio transitions to keep the energy high. It’s an energy level that’s hard to maintain, and Fresh does lose it in a few key moments, but it’s never without a funky flourish to bring you back on board.


Sebastian Stan is a delightfully evil little bastard, delivering a sadistically suave performance as Steve. Steve may look like he’s the whole package but he’s the epitome of everything your friends warn you about when you go on a blind date. Of course, he’s no match for Daisy Edgar-Jones’ Noa and Jojo T. Gibbs’ Mollie who aren’t about to let some prick with a dreamy smile get away with murder. Like, actual murder. Let’s not forget we’re talking about a horror flick here. Although rarely in the same room, Noa and Mollie are an unstoppable tag-team of fists and fury; The female answer to Get Out‘s Chris & Rod.

Trust me when I say that you don’t want the finer details of this gruesome thriller spoiled. You may find yourself a few steps ahead of the broad strokes of this story but the devil’s in the details and oh boy this is one devilish little flick. I’m sure you’ve had a bad date or two in your life but Fresh definitely takes the award for world’s worst date, world’s worst dinner, but also world’s most kickass just deserts.

Fresh is not for the squeamish, it’s not for the timid, but it is for everyone who’s looking for a little more carefree fun in their movie-watching diet. Sure, it may come with a full serving of entrails and internal organs but it’s one hell of a full-bodied meal for hungry, hungry horror fans.

“…comes with a full serving of entrails and internal organs, but it’s one hell of a full-bodied meal for hungry, hungry horror fans.”

Mimi Cave’s Fresh celebrated its World Premiere at the 2022 Sundance Film Festival and will be available to stream on Hulu beginning March 4, 2022. Click HERE to follow all of our Sundance 2022 coverage and be sure to let us know what you thought of Fresh‘s twists and turns over on Twitter, Reddit, Facebook, and in the official Nightmare on Film Street Discord. Not a social media fan? Get more horror delivered straight to your inbox by joining the Neighbourhood Watch Newsletter.

Review: FRESH (2022)
TLDR
Fresh is a super-fun survivor story filled with blood and guts and good music. It's not for the squeamish, and it's not for the timid, but it is for everyone who's looking for a little more carefree fun in their movie-watching diet. Sure, it may come with a full serving of entrails and internal organs but it's one hell of a full-bodied meal for hungry, hungry horror fans.
Story
80
Performances
80
Style
90
Cinematography / Editing
85
84
SCORE