Mary Shelley’s Frankenstein has been endlessly adapted over the decades, and for good reason. It’s one of the most profound horror stories of our time that, even 200 years after its publication, still raises questions about the nature of existence and the ethics of scientific advances. birth/rebirth, directed by Laura Moss, updates Shelley’s classic tale with a story that feels less like science-fiction and more like a documentary of something that hasn’t happened yet.

Co-written by director Laura Moss and frequent collaborator Brendan J. O’Brien birth/rebirth stars Judy Reyes (Scrubs) and Marin Ireland (The Dark And The Wicked) as an unlikely duo on the verge of a scientific breakthrough. It’s a sharp story, and one that doesn’t get lost in the muck of also trying to be an evil child movie, or an overwrought zombie movie. It’s much more of a character study than you might expect in an updated Frankenstein, but it never loses that cold touch of death as it’s leads descent deeper and deeper into their sacrilegious work.

Rose (Ireland) is a cold, analytical obsessive that has been working tirelessly on the reanimation of the dead. She crosses paths with Celie (Reyes), an affectionate but overworked maternity nurse, when her daughter Lila (A.J. Lister) suddenly dies of bacterial meningitis. Discovering that Rose has secretly revived Lila’s corpse in her apartment, Celie doesn’t call the police- she rolls up her sleeves and becomes Rose’s nurse. After all, every mad scientist needs a good laboratory assistant.

Rose and Celie are less concerned with conquering death than with creating life. They don’t want to “play God”, they just want to care for this fragile little creature in their care. Celie is operating from a purely instinctual mindsight, doing everything she can to keep her daughter alive, but Rose‘s motivations are more complex. Her research has caused irreparable damage to her body, but she remains devoted to her work. Together they make a highly effective albeit dysfunctional relationship, co-parenting their re-animated daughter.

birth/rebirth doesn’t have an 8-foot-tall monster with superhuman strength. No one gets their heart ripped out of their chest. It’s much more subtle with how it explores the sinister natures of these character’s actions, and to chilling effect. Reyes & Ireland deliver top-notch performances that are polar opposite to each other but perfectly suited for this quiet creeper. Although not what I would normally call a “horror movie” birth/rebirth doesn’t skimp on the darkness. It also features one hell of a final shot that the rest of 2023 is going to have to try very, very hard to top. 10/10 – would comeback from the dead to watch this one again.

[Review] THE CRAFT: LEGACY Casts A Topical Spell But Lacks A Bewitching Bite

Laura Moss’ birth/rebirth celebrated its World Premiere at the 2023 Sundance Film Festival and will likely be available to stream on Shudder later this year, although no release has yet been announced. Click HERE to follow our continued coverage of the festival’s horror titles and be sure to let us know all about your favorite Frankenstein adaptations over on Twitter or in the Nightmare on Film Street Discord! 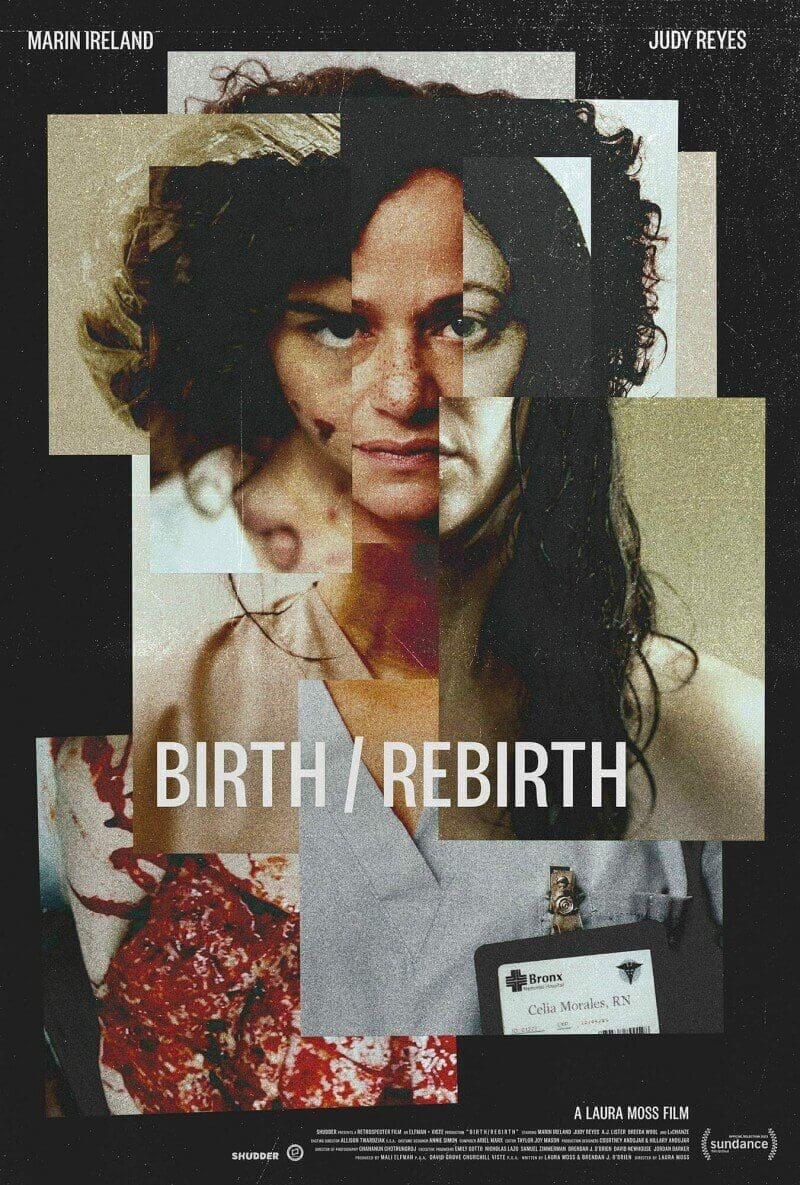 [Sundance 2023 Review] A Grieving Mother Teams Up With A Mad Scientist in BIRTH/REBIRTH
TL;DR
birth/rebirth doesn't have an 8-foot-tall monster with superhuman strength. No one gets their heart ripped out of their chest. It's much more subtle with how it explores the sinister natures of these character's actions, and to chilling effect. Although not what I would normally call a "horror movie" birth/rebirth doesn't skimp on the darkness.
Story
90
Performances
85
Pacing
85
Characters
85
86
SCORE