What would you do to ensure your family’s financial security? Steal? Lie? Murder? In Bong Joon-Ho’s Parasite, he asks this very question as a destitute Korean family tries to climb their way to some semblance of economic success. But to achieve that success, they must lie and cheat their way into a world so unlike their own. Parasite is a tale about the joys and perils of opportunistic thinking that starts as a comedy and becomes something much more horrifying.

Our parasites are the Kim family, an unemployed group of quick thinkers who will find any way to make quick money or cheat the system (as illustrated in their search for free Wi-Fi). The family is made up of father Ki-taek (Song Kang-ho), mother Chung-sook (Jang Hye-jin), son Ki-woo (Choi Woo-sik), and daughter Ki-jung (Park So-dam). The four are a tight unit who work together to try and bring in enough cash for the night’s meal. But that all changes when Ki-woo is offered an English tutoring opportunity from his wealthy friend. He asks Ki-woo to pretend he’s a university student and work for the Park family tutoring their daughter. Ki-woo hastily accepts.

The Park family isn’t just rich. They are filthy rich. Their home looks more like a museum, a place full of sharp right angles and sterile furniture that look purposefully uncomfortable. The Park family, another foursome, is made up of father Dong-ik (Lee Sun-kyun), mother Yeon-kyo (Jo Yeo-jeong), daughter Da-hye (Jung Ji-so), and son Da-song (Jung Hyun-jun). The Kims read them as naive, too rich to care about anything or anyone. So the Kims begin to infiltrate the family, taking posts as their driver, maid, and tutors; exploiting themselves for the rich. They charm the Parks with rehearsed speeches about art therapy, careful small talk meant to manipulate, and well-acted manners of those below the wealthy. However, the plan that shockingly goes off with a hitch, takes a turn for the strange after a shocking discovery in the Park house. Every performance in Parasite is pitch-perfect. The four Kims are so tight-knit that you would think they are a real family. They laugh, fight, yell, and scheme together like they all share one mind. These are actors playing characters who must also play characters. Choi plays mastermind Ki-woo with equal parts hunger and naivety, a boy who knows struggle but doesn’t realize the true inability to escape that struggle. He wants so badly to have money and live a better life, but his constant plans and scripts won’t always save him. To him, everything is “so metaphorical.” Park So-dam as his sister, Ki-jung, is a foil to Ki-woo’s naivety. She is hardened and ruthless, not worried about consequences; she knows how bad things can be and she would rather save herself than worry about anyone else. Park captures that attitude in deadpan delivery that almost always pack a comic punch.

“Every performance in Parasite is pitch-perfect.”

However, the best performance of the film comes from Jo as Park family matriarch Yeon-kyo. Everyone talks down to and about her, calling her simple and insulting her ability to be a housewife. All she seems capable of is hiring help and letting out exaggerated sighs when something goes wrong. But underneath it all, Yeon-kyo is master coordinator. She is able to keep up appearances no matter what, flitting from grocery store to florist with ease. She is the image of a rich housewife, someone who is good at planning parties and not known for anything else. But there is a skill to what she does, which Jo conveys perfectly. Jo makes you love and feel bad for this rich woman who lives a cushy life. While there is no redeeming her character’s snobbish attitude, there’s more to Yeon-kyo than nice suits and perfect hair. She is an example of the roles women in wealth are shoved into and the misogyny that comes with it. Bong worked with cinematographer Hong Kyung-pyo to create a truly stunning film that is not about rich and poor, but about the spaces they occupy. The Kim family live in a cramped sub-basement that often floods and becomes a makeshift toilet for drunk pedestrians. The Park family, in contrast, have more room than they know what to do with. Their fridge is always stocked, their house is always impeccably clean, and Yeon-kyo’s closet alone is the size of the Kims’ entire apartment. Space is at a premium for the Kims until they realize that some have almost too much of it.

Staircases feature prominently throughout the film, standing as metaphors for heading up or down in the social ranks. But more than just a rather obvious metaphor about upward mobility, stairs become a place of secrecy, a place where characters perch to listen in on secret conversations. Stairs become a liminal space where characters wait and see what will happen next. Hong shoots certain staircase scenes in a long shot, letting the audience see both the clandestine spies and the unsuspecting talkers. The audience is let in on the secret, watching power dynamics morph and change; we are in on the plan.

Parasite’s indictment of the rich is not so cut and dry, though, as the film questions the lengths the Kim family will go to in trying to achieve their own goals of wealth. It is a film not just about the uncaring and selfish nature of the rich, but about how far someone is willing to go to somehow escape their circumstances. It is a tale of desperation in the face of dire economic straits. It is a film that reminds us that a parasite will always try and consume its host, but can destroy itself in the process.

Parasite celebrated its Canadian Premiere at the 2019 Toronto International Film Festival. TIFF 2019 runs September 5th-September 15th in Toronto, Ontario and you can find all of our reviews, interviews, and news HERE, as well as on Twitter, Reddit, and Facebook in the Horror Movie Fiend Club! 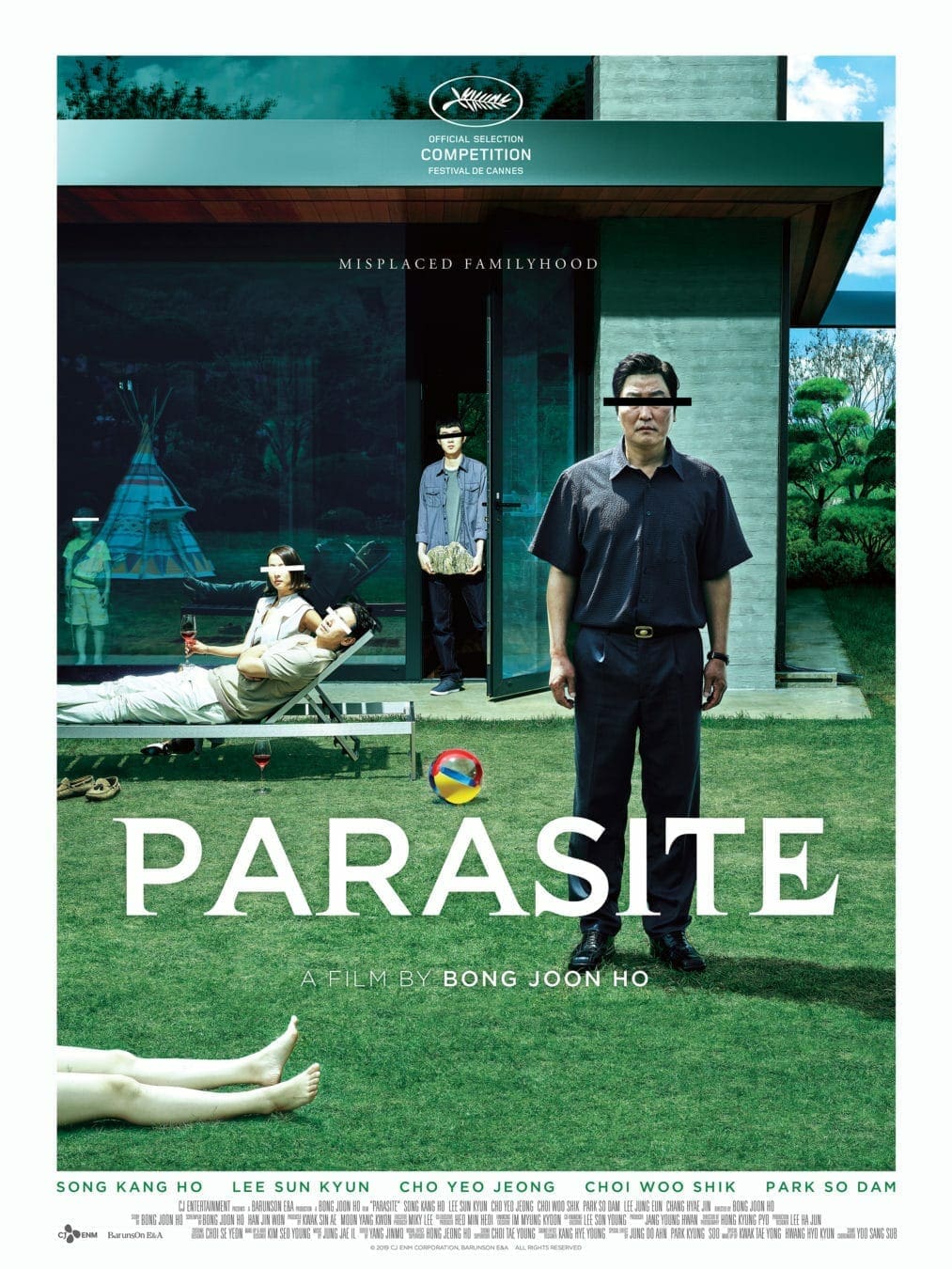 TLDR ‘Parasite’ is a film not just about the uncaring and selfish nature of the rich, but about how far someone is willing to go to somehow escape their circumstances.