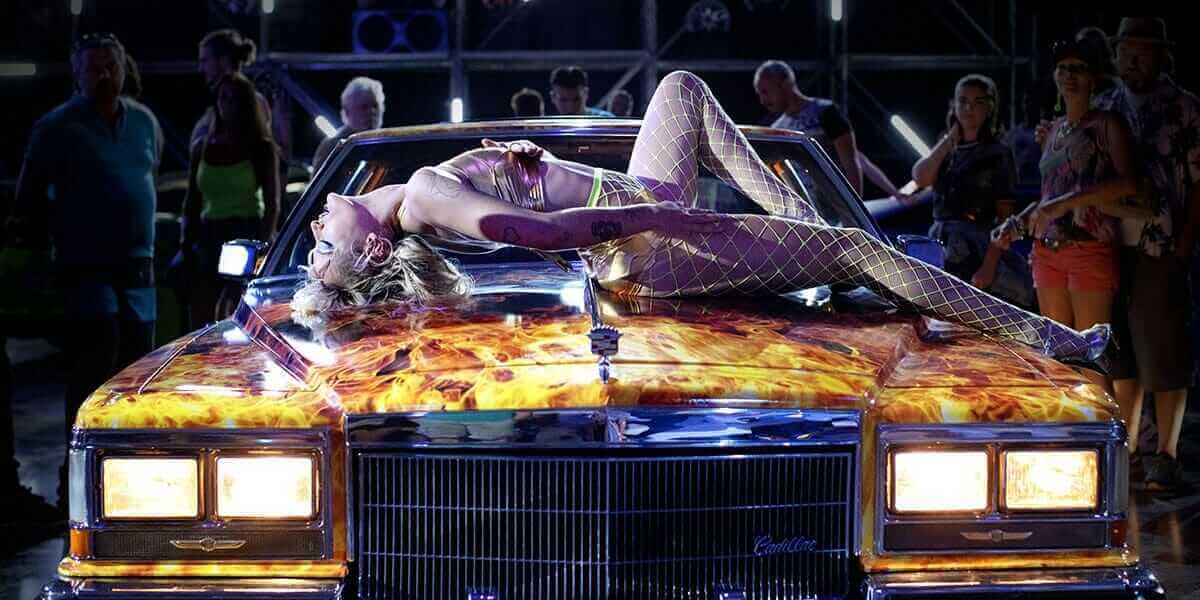 Titane is the femme-powered cannon that’s been taking the festival season by storm, and rightly so. Written and directed by Julia Ducournau, who marks her return to body horror after her breakout feature Raw in 2016.

Titane cracks open like an egg from the start; bold, gooey, and unapologetic. The film follows anti-hero Alexia (Agathe Rousselle) in her journey of sex, violence, and self-discovery. A troubled kid, Alexia accidentally causes her father to gravely crash their car (in a “holy shit, kids are the worst” scene rivaling The Babadook), resulting in emergency surgery to implant a titanium plate in her skull. As an adult, the plate becomes a memento for her inability to connect and relate to the outside world. ..As well as a kick-ass accessory to her punk-rock, take no prisoners career; go-go dancing atop hot-rods.

Oozing feminine rage and sexuality, Alexia has no shortage of fans who clamor to get a piece. But Alexia channels only rage, resulting in a murder spree that splays out across the city. Alexia’s part Charlize Theron’s Aileen Wuornos a la Monster (2003), part young Michael Myers in Halloween (1978), unable to make a human connection with anything other than violence.

A loose end leaves her vulnerable and wanted by the police, so Alexia assumes the identity of long-lost boy Adrian by cutting off her hair, binding her breasts, and breaking her nose.  Lucky for her, Adrian’s poor father Vincent (Vincent Lindon, The Measure of a Man) needs her just as much as she needs him. The pair’s connection will challenge everything they’ve been afraid of; identity, morality, and letting someone in. 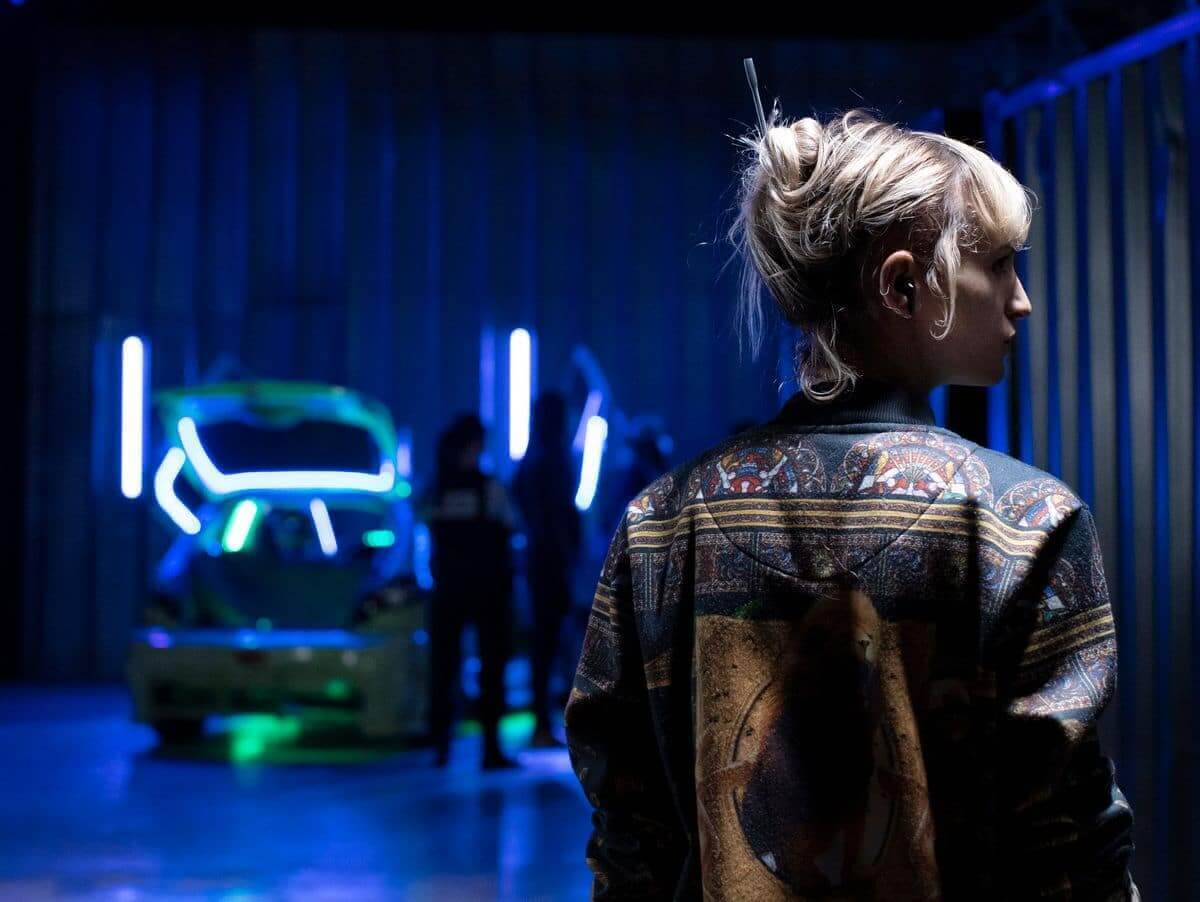 Titane is a wild ride that somehow manages to be both sociopathic and sentimental, all while challenging audiences and daring the squeamish to make it ’till the end. This film is a body horror through and through; you’ll find no shortage of David Cronenberg comparisons whenever Ducournau’s work is mentioned. It confronts with visceral violence, grotesquely acute sound design, and affronting bodily distress.

Nudity and sexuality are merged with harm and violence in a way that ignites rivaling quadrants of the human brain; a connection that’s incestuous and downright ballsy. There are bare breasts aplenty, but these aren’t your Friday the 13th sexuality for sexuality’s sake titties.  Not only will the modest be challenged, but the body horror fans will too. If you thought Mike Flanagan’s famed ‘de-glovings’ and Pet Sematary’s preferences for achilles tendon trauma are top-tier, just wait until you see a barbell piercing almost get wrenched out of a nipple in a cruel summer close-up.

“somehow […] both sociopathic and sentimental”

Titane is a whirlwind of story, but it’s all held together by two insane performances. Agathe Rousselle conveys a chameleonlike gender-fluidity that evolves as her character Alexis hides amid the spectrum, emerging for fleeting moments of self-discovery. It’s a performance that dares you to try to pinpoint where she feels most at home in her skin. Or, if she ever truly does at all. Vincent Lindon is transfixing as the pained alpha-past-his-prime, grappling with a scope of emotions that almost compensate for the ones absent from the serial killer affixed to his life like a parasite.

Titane serves self-discovery in a syringe; sharp and straight to the vein.  It teeters an impossibly thin line of sentimental drama and violent exploitation, a duality that confronts cinema snobbery with a mullet, a middle finger, and a metal plate.

Titane held its North American premiere at the Toronto International Film Festival. It hits theatres on October 1st, 2021. Check out all of our TIFF 2021 film festival coverage, and get Cronenbergian over in the Nightmare on Film Street Discord! 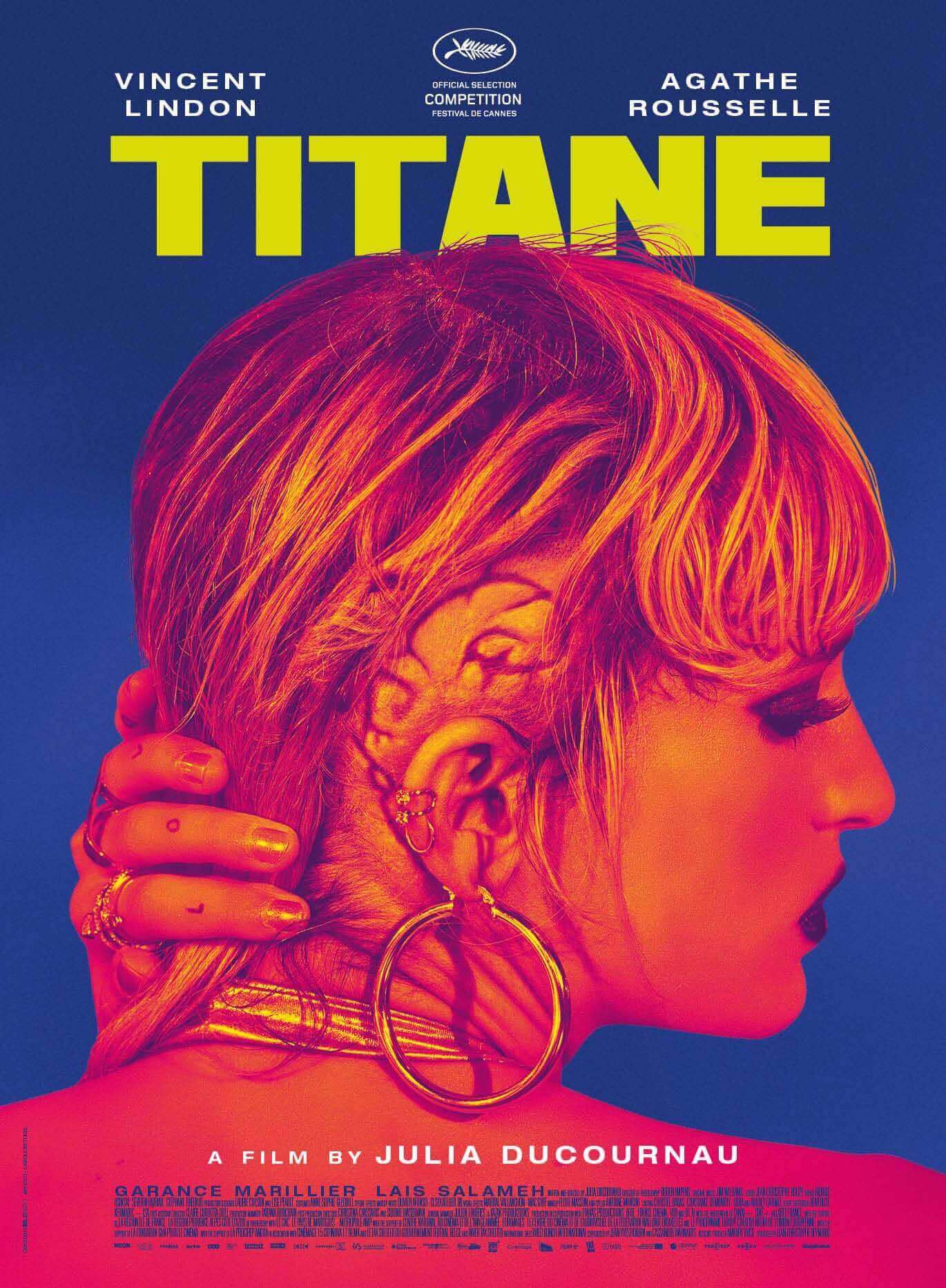 TLDR Titane serves self-discovery in a syringe; sharp and straight to the vein.  It teeters an impossibly thin line of sentimental drama with violent exploitation, a duality that confronts cinema snobbery with a mullet, a middle finger, and a metal plate.