Just like the rest of the world, we too have fallen deeply in love with Stranger Things’ Eddie Munson. The outspoken outcast reflected the high school experience for a lot of heavy metal misfits and lunchtime loners. The D&D-playing, battlejacket-clad weirdos left picking gum out of their hair and flicking through the pages of a dog-eared Fangoria found their time to shine in the fuzzy-haired rocker.

Alongside his love of Metallica, we’re pretty certain that Eddie Munson would have thrown the best movie nights EVER. Horror goes hand-in-hand with both heavy metal and fantasy, and Munson reveled in those in spades… We’re sure he had a killer horror taste to boot.

With this list, we’re delving into what could have been, had Hawkins not been cracked in twain. We’re thinking late-night drive-in trips with his new buddy Steve Harrington, killer movie nights with the Hellfire Club, and tour van screenings with his band, Corroded Coffin. If everything in Hawkins had gone all ‘happily ever after’, what would Eddie be watching? It’s time to throw up the horns and check out 10 Horror Movies Eddie Munson Would Have Loved. 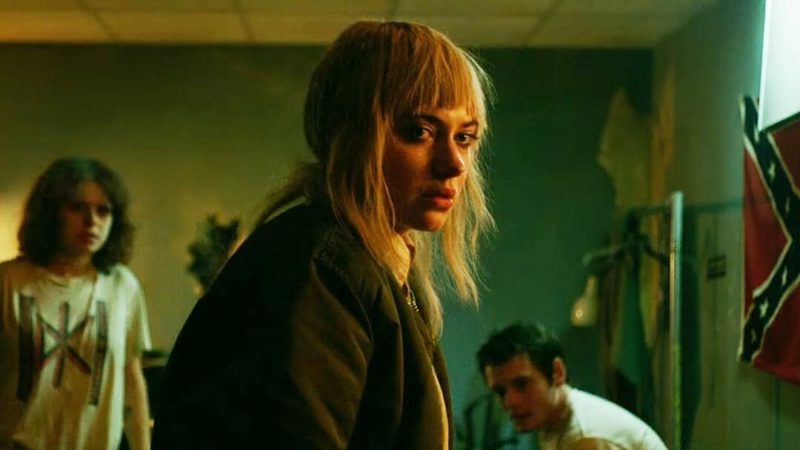 “A punk rock band is forced to fight for survival after witnessing a murder at a neo-Nazi skinhead bar.”

With the sort of backwoods rock-and-roll atmosphere that you can just smell through the screen, Green Room is a punk-rock standoff that drips tension and sweat in equal measure. Killer performances, (particularly from a truly horrid Patrick Stewart of Star Trek fame as nazi group leader Darcy), a grimy hole-in-the-wall setting, and nail-biting thrills make for a compelling horror-drama perfect for Corroded Coffin’s tour bus viewing. 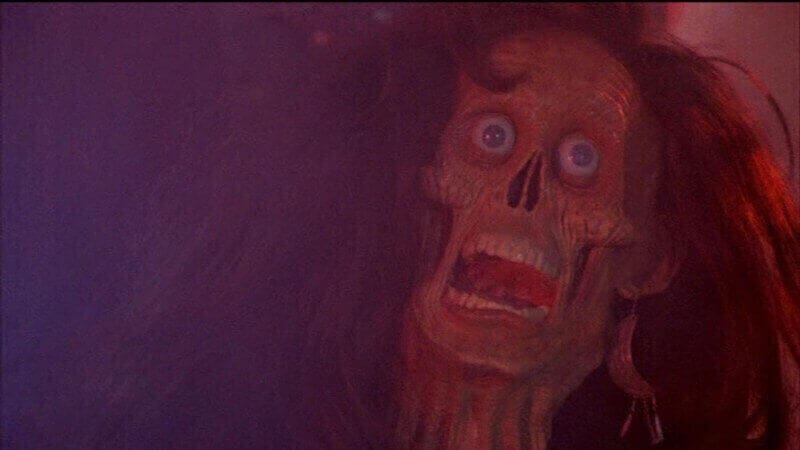 “Demons hypnotize the general public by posing as a rock and roll band.”

In small-town middle America, a touring rock band made up of Satan’s most unholy pals begins to warp the minds of the young and impressionable. Radical licks, big hair and leather are the order of the day in this glam metal horror extravaganza. Fantastic, goofy shlock from beginning to end, Black Roses features a healthy dose of rubbery puppeteering and Sal Viviano (The Jitters) having the most fun as Black Roses’ demonic frontman, Damian. Given that the movie takes some inspiration from the Satanic Panic craze of the 1980’s that Munson finds himself embroiled in, we figure he’d absolutely get a kick out of this.

“A man brutally murdered comes back to life as an undead avenger of his and his fiancée’s murder.”

A permanent fixture for outcasts and weirdos, The Crow is a 1990’s cult classic. Starring the late Brandon Lee (Rapid Fire) as the mysterious and utterly bad ass Eric, this one boasts a killer soundtrack alongside dark, drizzly streets, moody allure and breathtakingly dramatic set pieces. The Crow is the ultimate tale of romantic, undead revenge for the burgeoning 90’s goth scene, and would make a perfect drive-in movie for Eddie, Steve and Robin on a rainy Hawkins evening.

“A year after the murder of her mother, a teenage girl is terrorized by a new killer, who targets the girl and her friends by using horror films as part of a deadly game.”

With Ghostface sharing the same kind of pitch-black sense of humor as our Eddie Munson, we think Scream would have been a shoo-in for Eddie and his Hellfire Club compatriots. Combining iconic meta-humor with genuine slasher scares, Scream provides a strong, female protagonist embroiled in a tumultuous and deadly coming-of-age. Bonus points for the Hellfire Club; Scream contains plenty of high school jocks and popular kids getting sliced and diced! Perfect! “An anthology which tells five terrifying tales inspired by the E.C. horror comic books of the 1950s.”

With the titular Creep presenting his frequent horror anthologies, we’re positive that these would have been a guilty pleasure for Mr. Munson. A cavalcade of horror icons like Stephen King (IT), George A. Romero (Night Of The Living Dead) and Tom Savini (Friday The 13th) makes for wall-to-wall mastery at meshing together the spooky, scary and silly into delicious, bite-sized chunks of terror. “A small-town farmer’s son reluctantly joins a traveling group of vampires after he is bitten by a beautiful drifter.”

The moodier, grimier cousin of The Lost Boys, Near Dark puts the Count in country for a backwater delve into the blood-thirsty and barbaric. Lance Henriksen (Pumpkinhead) heads up the ragtag bunch of vamps, (and a truly excellent rat-tail braid,) in this bloody cult classic from Kathryn Bigelow (The Hurt Locker.) We’re convinced that Eddie would have vibed with Bill Paxton’s (Aliens) electric energy and the gritty realism so often left behind in modern vampire flicks, and no doubt forced the Hellfire Club to multiple late-night viewings. 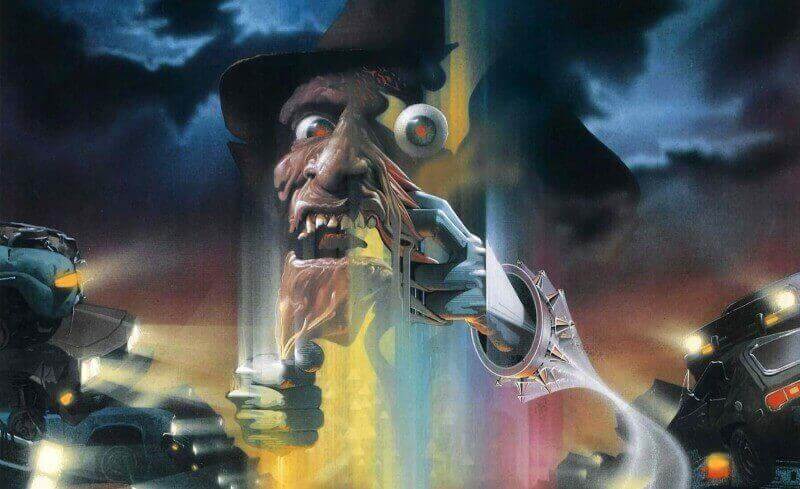 “Freddy Krueger returns once again to terrorize the dreams of the remaining Dream Warriors, as well as those of a young woman who may be able to defeat him for good.”

With some of the most bonkers kills in the franchise, A Nightmare On Elm Street 4: The Dream Master is arguably the beginning of a downward spiral for many Krueger fans. If you live for the absurd though, (and we’re sure Eddie Munson does exactly that,) The Dream Master provides some truly inspired death scenes. Whether you prefer Toy Newkirk’s Sheila getting smooched into a dried out husk or Brooke Theiss’ (Beverly Hills, 90210) Debbie getting turned into a *literal cockroach* and then crushed to death in a roach motel only for her soul to end up living inside Freddy Krueger’s meaty chest, (yes, really,) this entry in the franchise was born to entertain the chaotic and bizarre. If you don’t believe that Eddie Munson would have unironically loved The Dream Master, then I don’t know what to tell you – at this point, we think even the Duffer Brothers (Stranger Things) would back us up. 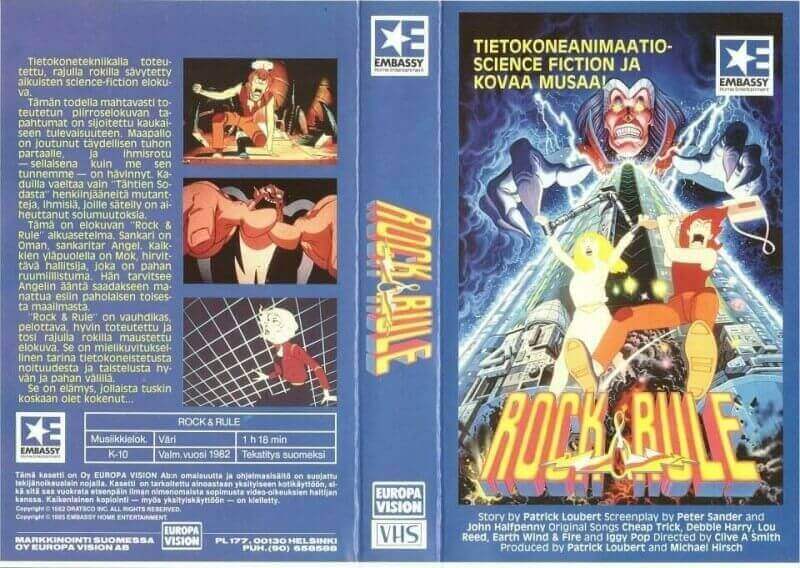 “A malevolent rock star kidnaps a singer to force her to participate in the summoning of a demon, and her band must help her stop him.”

Perhaps a softer offering than the others on this list, Rock & Rule takes place in a post-apocalyptic USA, where mutant anthropomorphic animals are the norm. It’s an adult musical sci-fi fantasy animated movie chocked full of musician cameos, bizarre character designs, hellish demon spawn and plenty of squealing rock n’ roll. Surprisingly fluid animation makes this a one-of-a-kind experience, and we’re betting it’s one that Eddie would have experienced while high on acid. You just know he’d have totally teased Billy Hargrove about his more-than-passing resemblance to protagonist Omar, too.

“After unearthing a gem that controls an evil monster looking to destroy the Universe, a young girl and her brother use it to make him do their bidding.”

A kick-ass throwback to the days of shlock and nonsense, PG: Psycho Goreman feels like a Power Rangers B-plot gone wild. Featuring a squealing guitar solo soundtrack, the kind of sci-fi-meets-fantasy story beats that Munson would go crazy for and a truly brilliant little girl/big monster friendship, PG: Psycho Goreman is balls-to-the-wall fun in the most insane of ways. Perhaps most surprisingly of all, there’s a warm, gooey centre at the heart of it… You just get to wade through all the warm, gooey blood and guts to get there.

That’s our top 10 Horror Movies Eddie Munson Would Have Loved – What do you think? Got any wicked suggestions that we’ve missed? Let us know over on Twitter, Reddit, Facebook, and in the official Nightmare on Film Street Discord. And don’t forget to enter the #31DayHorrorChallenge giveaway HERE. 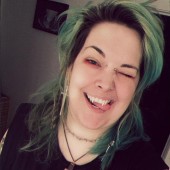