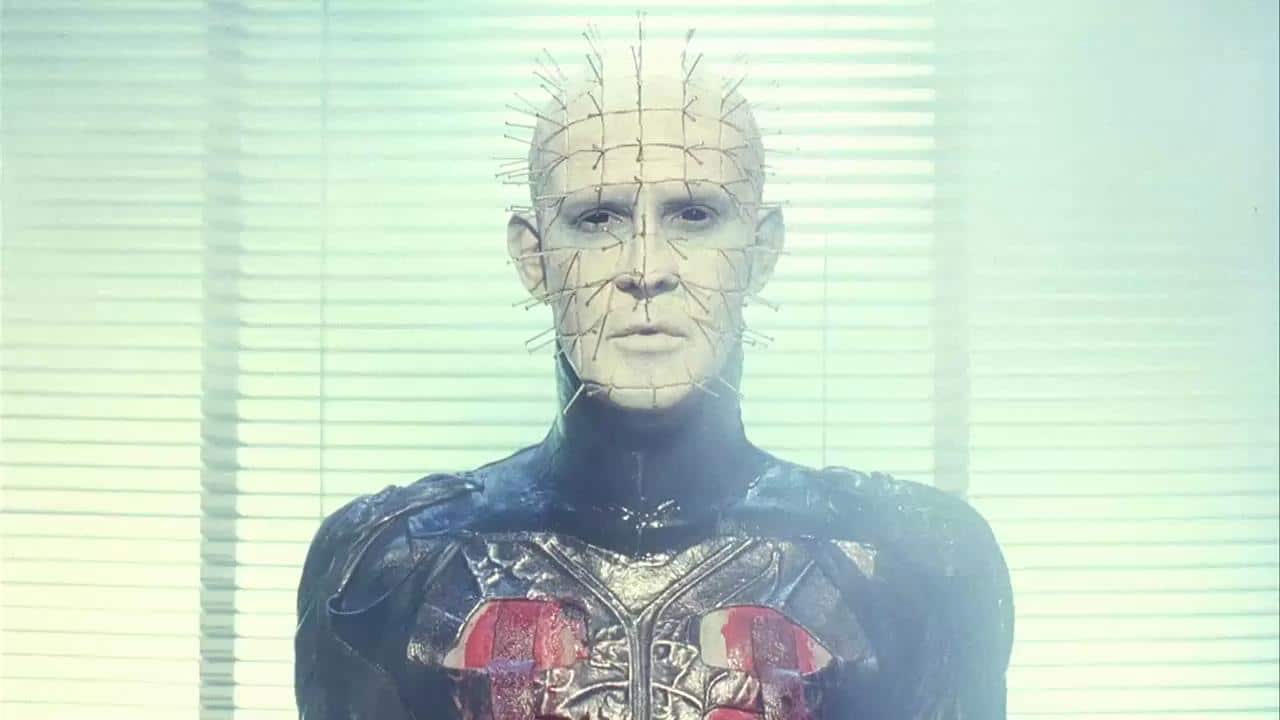 On September 18, 1987, Clive Barker unleashed a new kind of hell for a modern-day horror audience. Hellraiser encapsulates a unique and bleak tone in comparison to the already-established horror heavyweights of the day. Hellraiser showcased a fear and horror of the unknown, an insatiable lust for hedonism, and intertwined this with a story of a somewhat strained family dynamic. With these themes put in place for its viewers, accompanied by some of the most innovative practical FX for a film of this calibre, Hellraiser began its 35 year legacy.

Hellraiser depicts the alluring mystique and horrors of carnal pleasures and sadomasochism in the form of a simple puzzle box. Frank (Sean Chapman) purchases a puzzle box in Morocco, in the hope of finding otherworldly gratification. However, upon solving the puzzle box, hooked chains attach themselves to his body, and he is torn apart. Sometime later, we are introduced to Frank’s brother Larry (Andrew Robinson) and his wife Julia (Clare Higgins), who are moving into Larry and Frank’s childhood home.

Upon arriving there, an emotionally void Julia discovers that her former lover Frank is hiding in one of the upstairs rooms. However, Frank has a partially formed body. He is barely skin and bones at this point. He informs Julia for them to be together he will need human blood to restore his body. Despite Julia having an invigorated disposition at the thought of being with Frank again, the film exposes us to the uncomfortable relationship that Julia has with Larry, as well as her stepdaughter Kirsty (Ashley Laurence).

“[Hellraiser] proved to the modern-day horror audience you can incorporate violence, horror, sexual desires and still maintain a simple yet powerful story.”

The film isn’t trying to understand that concept to its fullest. Instead, it gives us a glimpse of these themes interwoven with something that is lurid and unexpected. Hellraiser was never trying to be too clever, but it proved to the modern-day horror audience you can incorporate violence, horror, sexual desires and still maintain a simple yet powerful story.

Hellraiser doesn’t run into that issue of over-explaining Pinhead’s or any of the Cenobite’s origins. As an audience, it is integral that they do not give us too much information that will make us empathize with them. If that were the case, the Cenobites would hold less power over the audience and the level of terror would be lukewarm and underdeveloped. Knowing less about their origins makes us curious, and by making us curious, we access the most frightening and dark parts of our psyche. This is the strength of Clive Barker’s writing and direction, especially concerning this film.

When it comes to the Hellraiser‘s main players Larry, Julia, Frank and Kirsty, they are all wonderfully cast and crafted characters. However, it is Julia who stands out the most. Clare Higgins portrays Julia as if she is Lady Macbeth and the Evil Queen from Snow White, wrapping them up in a horrifying Greek Tragedy.

Outside of the film’s themes and overall story, it’s the practical FX that are the cherry on top. When you look at the horror films released in the final years of the 1980s’, some may argue that creative kills were lacking. There are some bone-chilling scenes in Hellraiser that still hold up and still make the hair stand up on the back of your neck. One of the most notable and exceptionally crafted scenes is the rebirth of Frank.

When we see Frank’s body resurrect through the floorboards, it is a visual horror feast. Melted down blood begins to solidify, gelatinous and glistening white goo mixed with pus melds into the blood, and Frank‘s skeletal frame takes shape. It’s wonderfully disgusting and even after all these years, still manages to make audiences wince.

Terror At 20,000 Feet: 10 Horror Movies To Make You Reconsider Boarding A Plane This Holiday Season

At the time, many horror films of the 1970s and 1980s were considered “ground-breaking”. Franchises were born and elevated to almost god-tier status. We have seen countless sequels, remakes, and reboots put out into the universe. Some good, some bad. However, it is the original film in a franchise that sets the standard. Hellraiser set the standard for its own franchise, as well as all horror films that would follow. It touched upon darker psychological themes and maintained a benchmark of creative practical FX. The film executes a lot of ideas seamlessly but never goes overboard to the detriment of the story.

For the past 35 years, Hellraiser has achieved a legacy in the form of sequels, toy lines, comic books, novels and spectacular Blu-ray releases. But what is the most impactful element of this legacy is that Maestro Clive Barker let us into his weird and wonderful labyrinth. A labyrinth full of monsters, carnal desires, and horror. He left audiences with that constant craving for more. He left audiences with a constant curiosity of the unknown. But most of all, he left us with the constant desire to see the darkest and most horrifying parts of our psyche on the big screen.

“[Clive Barker] left us with the constant desire to see the darkest and most horrifying parts of our psyche on the big screen.”

Has Hellraiser haunted you your entire life? Do you crave more suffering?? Share your thoughts on Clive Barker’s ground-breaking classic (and whether or not you are excited for David Bruckner’s upcoming remake) over on Twitter, Reddit, Facebook, and in the official Nightmare on Film Street Discord. And don’t forget to enter the #31DayHorrorChallenge giveaway HERE. 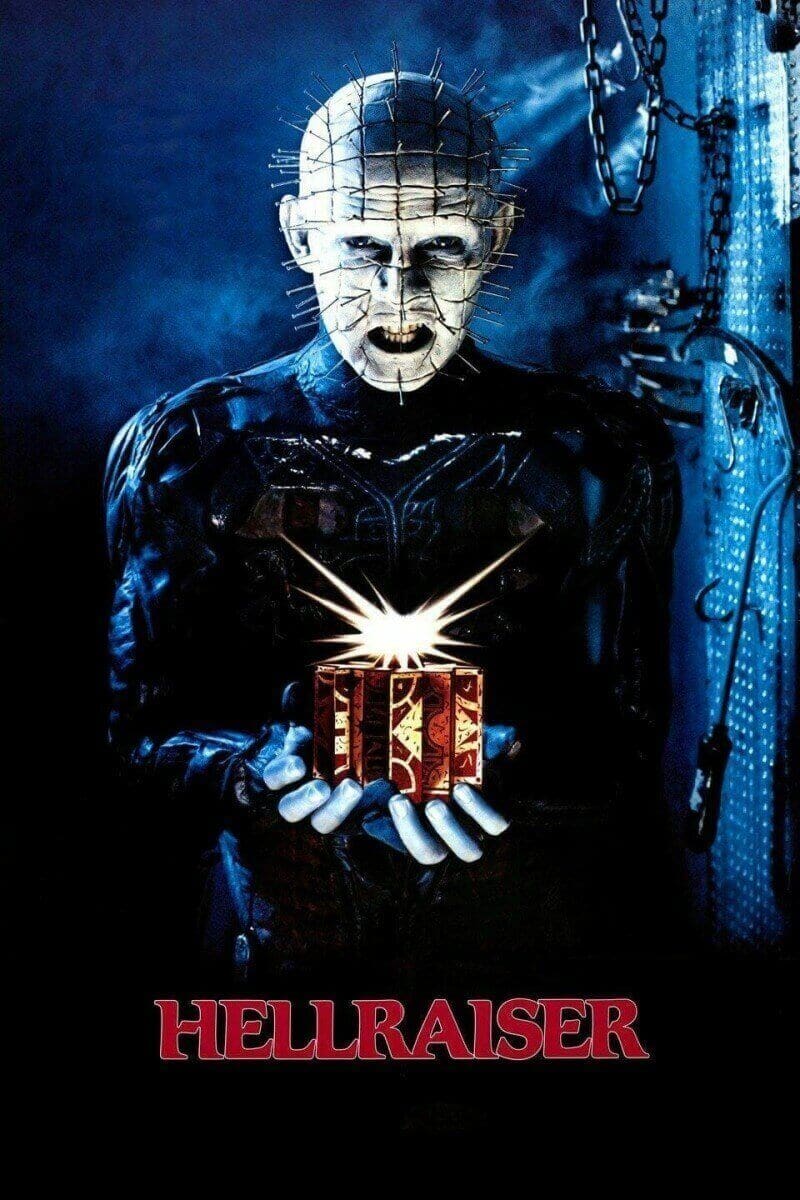