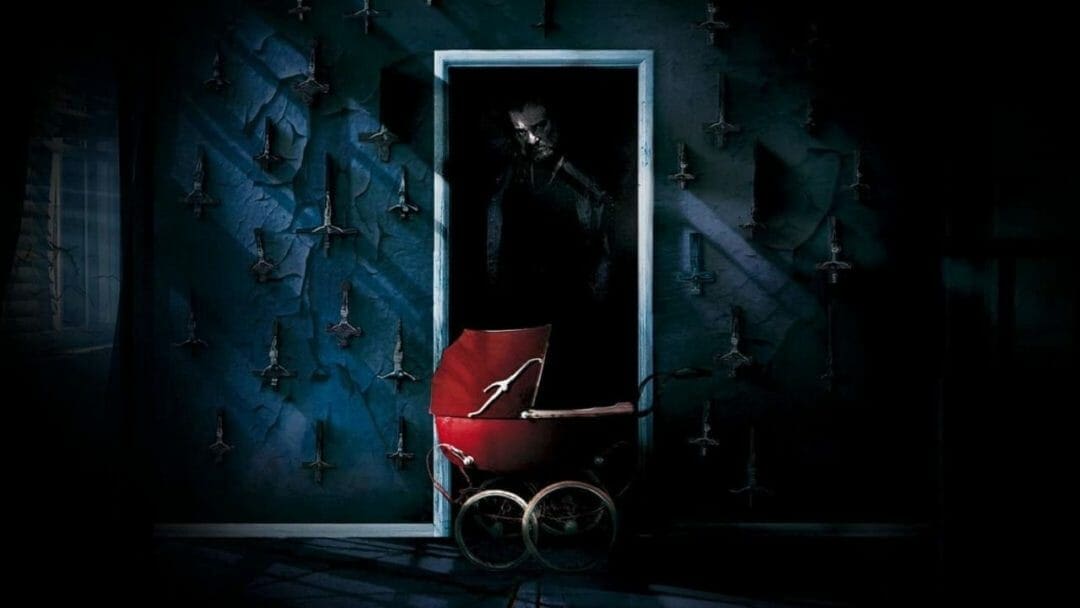 The battle between Heaven and Hell rages on south of the border. Belzebuth is a Mexican religious horror directed by Emilio Portes. It’s the first release produced by his film company Pastorela Peliculas, named after Portes’ 2011 comedy Pastorela. Now on his fourth feature, Portes goes in a much darker direction, as he leaves behind the world of comedy to pursue horror.

The movie opens in a maternity ward. The wife of Detective Emmanuel Ritter has just given birth to a beautiful boy. Ritter, happy as ever, is called away on duty and his son is placed in a room with a dozen other newborns. Everything seems so serene and optimistic, you just know something terrible is bound to happen. A nurse walks into the hospital, late for her shift, looking visibly disturbed. She’s left alone with the babies. Locking the door behind her, she proceeds to stab each of the newborns with a scalpel, before slitting her own throat. Ritter returns to the hospital to find the bloody aftermath, his hopes of a simple family life ripped away.

Five years later, Ritter is alone, bitter and broken. The memories of finding his newborn son butchered come rushing back when he’s assigned to investigate a deadly mass shooting at a kindergarten. There’s little explanation as to why a young boy chose to shoot an entire classroom of children, then turn the shotgun on himself. That is until one grieving mother tells the police she was approached by a man in the street who warned her about the tragedy days before it occurred, and that more will follow. She describes him as old, dressed in black, with Satanic symbols tattooed on his head.

During this time, a team of Americans arrive in town. Calling themselves the Paranormal Forensic Division, led by Ivan Franco (played by Tate Ellington of The Endless), they set up a new investigation in the blood-stained classroom. In any other case, they would have been laughed off the crime scene, but the local police force is sidetracked when another tragedy occurs at a public pool. Both attacks targeted children of the same age and were carried out by mild-mannered citizens turned suicidal.

When Franco tries to convince Ritter that the two attacks are connected to the murder of his son, Ritter is furious. But Franco proves to be useful to the investigation when he identifies the tattooed man as a Jesuit priest who was excommunicated from Rome for practicing Satanic rituals. The two of them become an unlikely duo, transcending language barriers, in order to find the Satanic priest and stop the bloodshed.

Joaquín Cosio (Quantum of Solace, Narcos: Mexico) was handed a heavy role as Ritter. Not only having to deliver his lines in both Spanish and English, but also having to convey a deep sadness and moments of terrifying unbridled insanity. In contrast, Tobin Bell (Jigsaw in the Saw franchise) as the ex-priest Vasilio Canetti is stoic and collected, armed with the knowledge of what must be done to save humanity from damnation. He provides the majority of exposition and probably has the best backstory.

The script takes a lot of liberties with Christianity, rewriting religious history of the past millennium. The movie takes a political turn when the protagonists are forced to illegally cross the border into the US to escape the evil present in Mexico. Parallels are drawn between current US-Mexico relations and Middle East-European conflicts of the medieval era.

With a runtime a few minutes short of two hours, I felt the pacing of some scenes could have been much faster. The movie begins with such a powerful prologue, it takes a while to return to that level of intensity, though later it escalates to a spectacular blood-soaked climax. A lot of time is wasted in showing how lonely Ritter’s life has become. I get that it’s important for his character development, but I didn’t need to see so many scenes of him struggling to fall asleep (with the exception of Ritter hiding a crucifix and gun under his pillow). I found there were a few plot holes with Franco’s team of paranormal investigators. A lot of their scenes would have been better off on the cutting room floor.

The attention to detail of the set pieces is incredible. I would be curious to know how much of the budget was spent on crucifixes alone. As for the Satanic markings on Canetti’s skin and the walls of an abandoned church, I could only imagine the amount of research that went into studying the significance of each symbol. The visual effects in the second half of the film make up for the slight lull in the first half, as spiritual realms cross over into our world. It makes the events of The Exorcist look like a walk in the park.

Belzebuth had its North American premiere June 14th at the 2019 Cinepocalypse Film Festival. Raven Banner has picked it up for distribution and we will be sure to keep you up to date on release information as we receive it. Let us know if you’re looking forward to seeing Belzebuth on Twitter, in the Nightmare on Film Street SubReddit, and on Facebook in the Horror Movie Fiend Club.

TLDR The attention to detail in BELZEBUTH's set pieces is incredible. I would be curious to know how much of the budget was spent on crucifixes alone. The visual effects in the second half of the film make up for the slight lull in the first half, as spiritual realms cross over into our world. It makes the events of THE EXORCIST look like a walk in the park.