It’s been 24 years since the release of Tromeo and Juliet (and it still blows my mind that James Gunn wrote part of the screenplay). The adaptation of William Shakespeare’s classic romance story is gross, violent, and punk as hell. More than two decades later, B-movie studio giants Troma has lampooned the Bard once again, this time, taking on The Tempest. Writer/director Lloyd Kaufman brings us #ShakespearesShitstorm, somehow more perverted, more disgusting, and more offensive than any other Troma movie to date.

To celebrate the release of SafeSpacia—a pill designed for whiny millennials—pharmaceutical company AvonBard throws a wild party on a cruise for its board members and affiliated warlords, complete with strippers and tons of cocaine. Aboard the ship is AvonBard’s CEO Alonzo “Big Al” King (Abraham Sparrow) and vice president Antoinette Duke (Lloyd Kaufman). Everything is going swimmingly well, that is, until a pack of whales surround the ship, defecating everywhere. Their fecal matter is swept up in a storm, splattering all of the guests. The ship goes down, and the pharma executives wind up on the shores of Tromaville, New Jersey. Looking to keep the party going, the strippers suggest going to a nearby club called Prospero’s Retreat.

“…somehow more perverted, more disgusting, and more offensive than any other Troma movie to date.”   🙂

Cackling from a room full of TVs is Prospero (also Lloyd Kaufman), Antoinette’s brother, and mad scientist who used to work for AvonBard, until he was fired for discovering a cure to opioid addiction. For years, he has been planning his brutal revenge, however, he wasn’t counting on his blind daughter Miranda (Kate McGarrigle) falling in love with Big Al’s son Ferdinand (Erin Miller). Regardless, Prospero moves ahead with his plan, supplying the party with a new drug he designed called Tempest. It’s better than cocaine, but the side effects are disastrous.

As a Shakespeare nerd, Kaufman gave me a lot to chew on. The script isn’t limited to just The Tempest; some of the Bard’s greatest hits were woven in as well, such as “Now is the winter of our discontent” (Richard III) and “O that this too solid flesh would melt.” (Hamlet). Shylock from The Merchant of Venice also shows up to the party, looking to claim his “pound of ass.” Throughout the film, the cocaine-snorting fourth wall-breaking ghost of Shakespeare (Frazer Brown) observes all the action, telling a panel of posh scholars that it’s the best adaptation of his work to date. The format is a lot like Tromeo and Juliet’s, and I suspect they even used the same title cards for each act (as well as old footage of that one car stunt that’s inserted into every Troma film now). 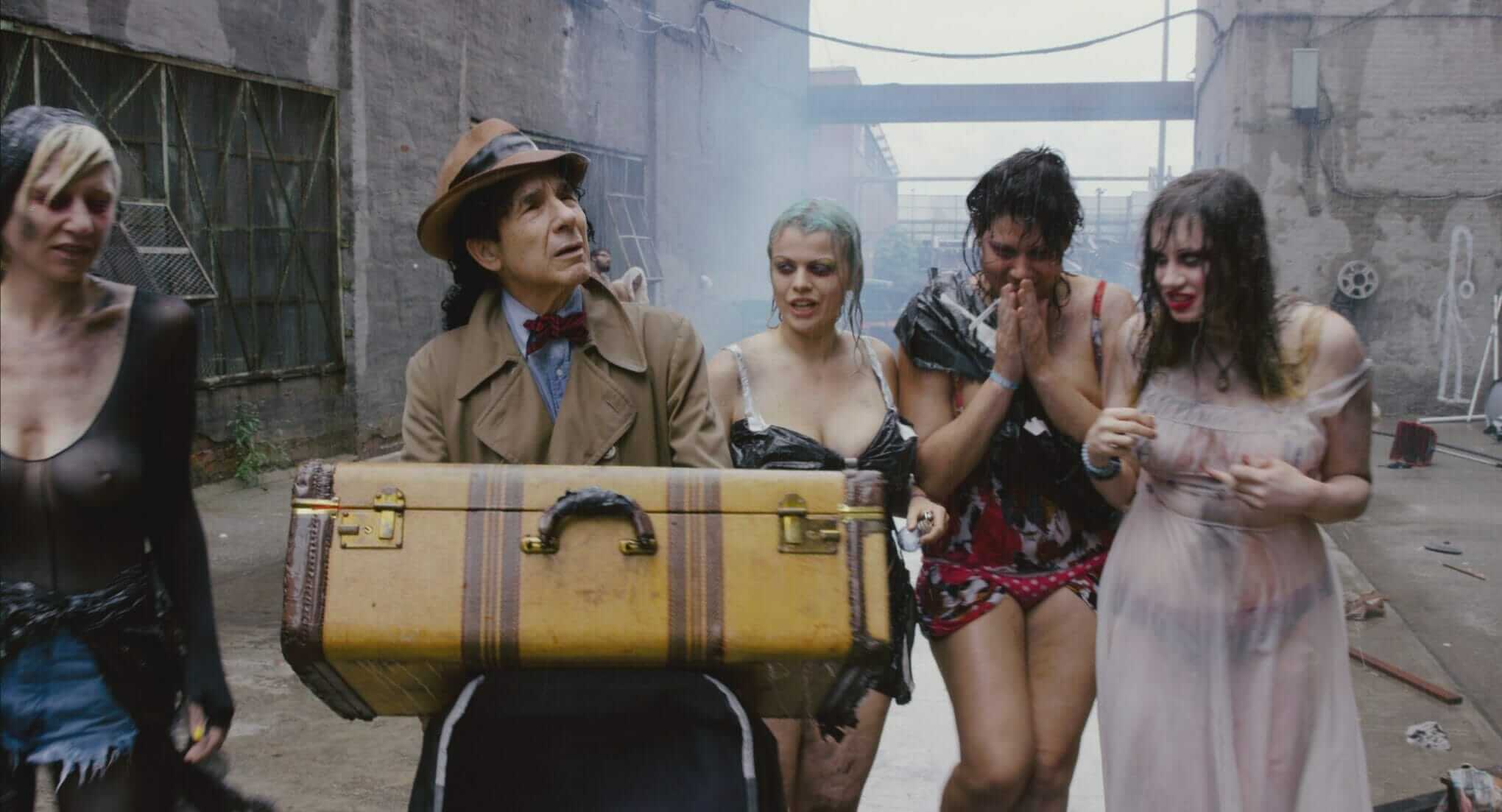 On top of the message about the evils of Big Pharma is a critique on modern political correctness. AvonBard’s easily offended social media team Steph (Zoë Geltman) and Trini (filmmaker Dylan Greenberg) send out a rallying call to all social justice warriors to stage a protest outside of Prospero’s Retreat. They find more offense in trivial matters like cultural appropriation than their company profiting from the death and destruction caused by the opioid crisis. This lambasting of cancel culture and keyboard activism might rub some the wrong way. Therefore, it’s best to temporarily hang up whatever opinions you have and enjoy the movie with an open mind, because you didn’t really expect a Troma film to be “woke,” did you?

My favorite character would have to be Ariel, played by Amanda Flowers. In the original Tempest, Ariel is a magical spirit who serves Prospero. Throughout history, Ariel has been portrayed by both men and women. But in this version, Ariel is a crack-smoking sex worker, disabled by Prospero and forced into a wheelchair. Her makeup is smudged, and she speaks using a vibrator as an electrolarynx. But she doesn’t let anything slow her down, proving she is the wildest of all the strippers. She even gets her own musical number, a luxury that’s only afforded to Prospero, and the two young lovers. Kaufman wrote the lyrics to the songs himself, hilariously trying to rhyme “renaissance” with “underpants” in Miranda’s song. 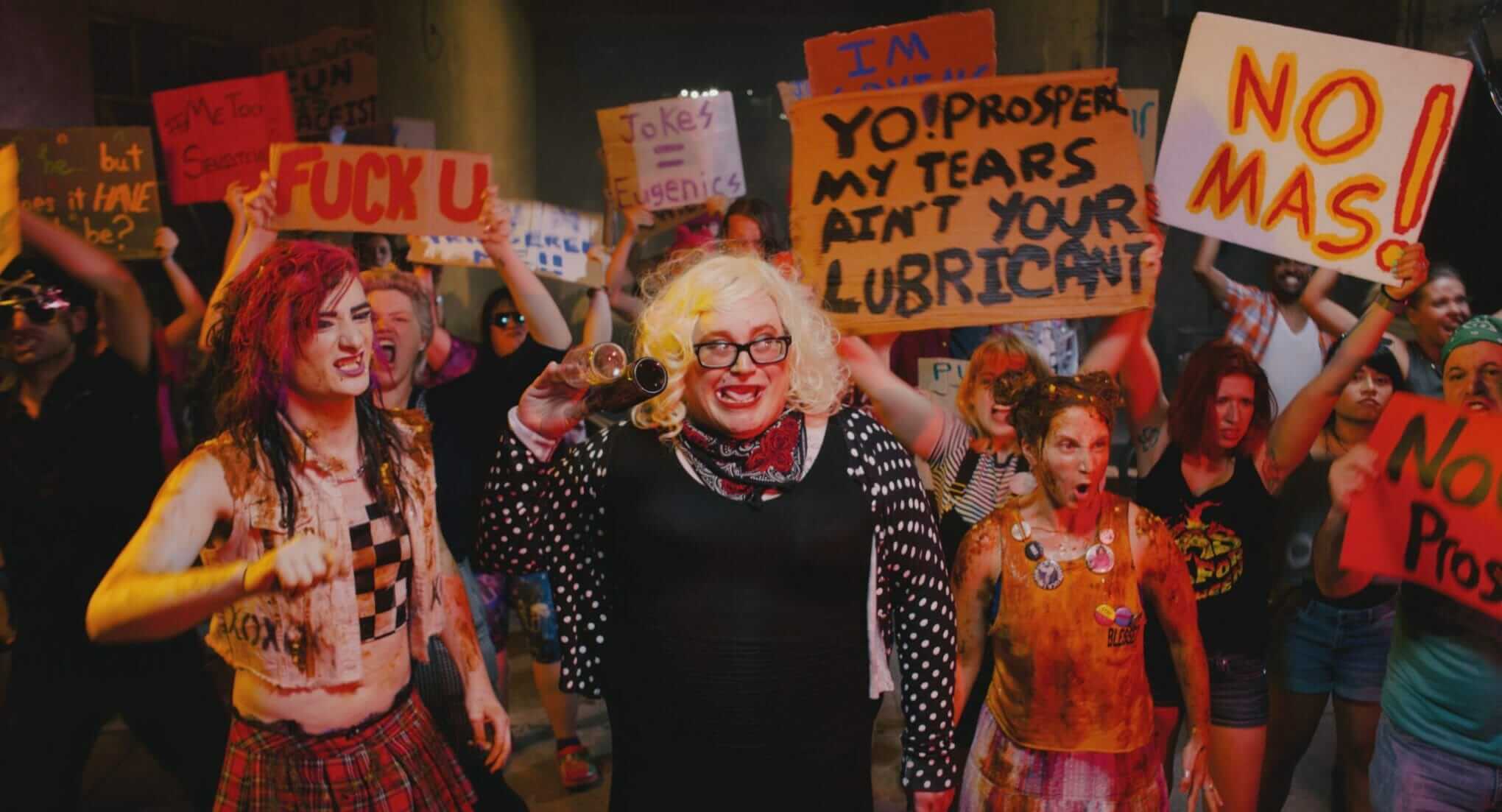 Kaufman essentially plays himself as Prospero, bogged down by a world that refused to hear him out. But Uncle Lloyd took on the extra challenge of playing Antoinette as well (on top of directing). Kaufman surprisingly looks comfortable in drag, but he didn’t seem quite decided on the character’s voice, switching between a falsetto and his normal speaking voice. Still, I would have liked to see more scenes of Kaufman arguing with himself in the same frame.

As is expected, the practical effects are incredible. As much as I loved Return to Nuke ‘Em High, I felt it relied too much on CGI. #ShakespearesShitstorm is a return to the form we all love Troma for. Yes, some computer effects were needed to create the whales, but once on land, prosthetics and buckets of corn syrup become the tools of choice. This movie is not for the weak of stomach. If you can make it through the first 15 minutes—when everyone and everything is caked in whale poop— without gagging, then you’ll be delighted by what awaits you in the final 15 minutes. The party devolves into a Lovecaftian death fest, with slimy body horror effects akin to the orgy in Society (1989). There’s exploding heads, mutant animal puppets, and genitalia growing out of people’s faces. Everything a gore fiend could want.

“Shakespeare […] would have wet his tights with laughter…”

Could #ShakespearesShitstorm be my favorite Troma film? It’s definitely the most consistent and sleekest-looking of all the Troma movies, dating back to 1984’s The Toxic Avenger. It’s an absolute laugh riot, even if you haven’t read Shakespeare or seen any of his plays since high school. But if you have done your homework, you would know that Shakespeare hid dirty jokes throughout his work, and he would have wet his tights with laughter watching the greatest tribute to his legacy since The Complete Works of William Shakespeare (Abridged).

Lloyd Kaufman’s #ShakespearesShitstorm celebrates its World Premiere at the 2020 Fantasia Film Festival. Click HERE to follow all of our festival coverage, and be sure to let us know what you’re favorite Troma movie is over on Twitter, in the official Nightmare on Film Street Subreddit, and on Facebook in the Horror Movie Fiend Club! 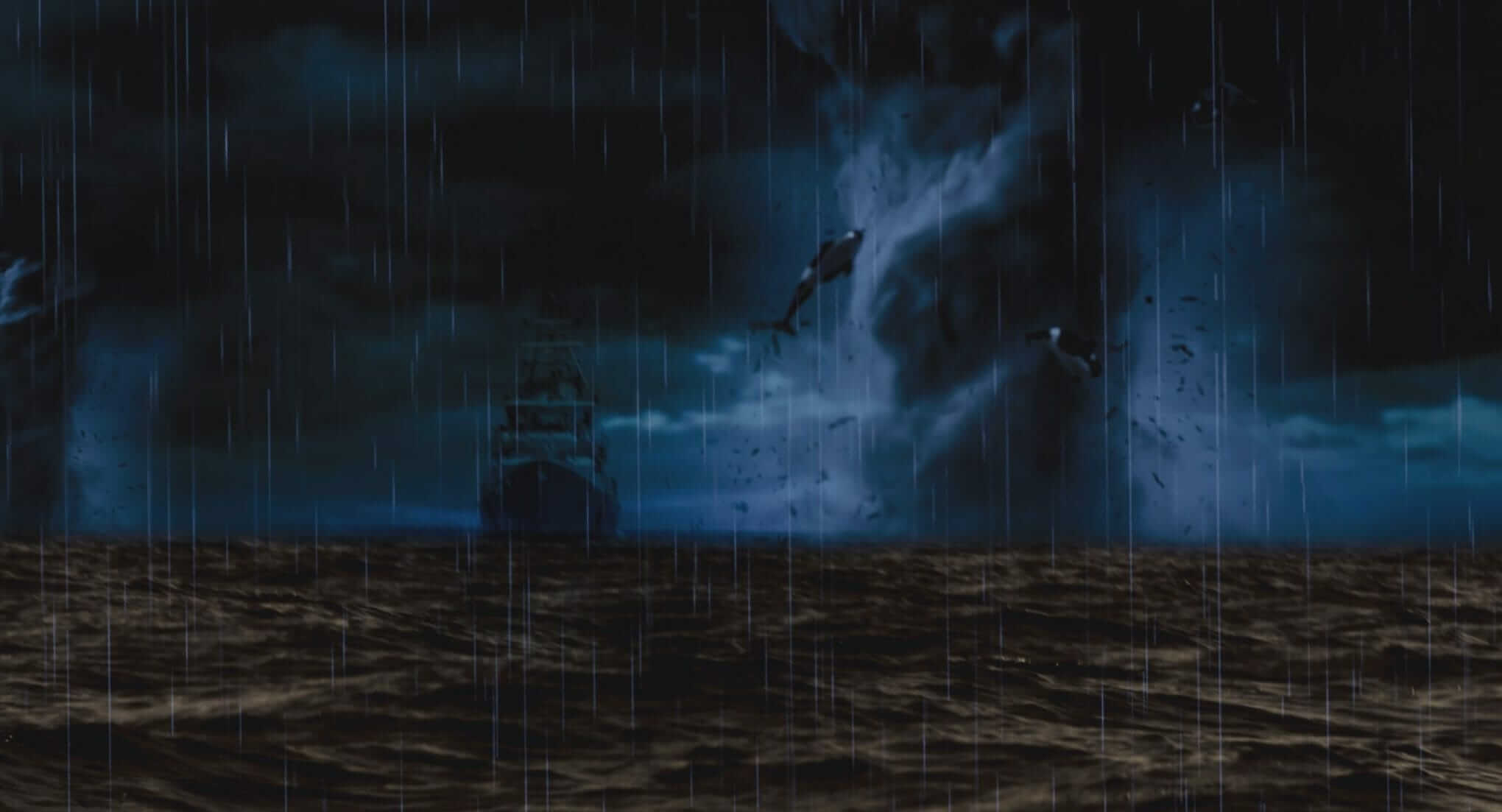 TLDR Could #ShakespearesShitstorm be my favorite Troma film? It’s definitely the most consistent and sleekest-looking of all the Troma movies, dating back to 1984’s The Toxic Avenger. It’s an absolute laugh riot, even if you haven’t read Shakespeare or seen any of his plays since high school. But if you have done your homework, you would know that Shakespeare hid dirty jokes throughout his work, and he would have wet his tights with laughter watching the greatest tribute to his legacy since The Complete Works of William Shakespeare (Abridged).