The Sadness is the exact kind of movie film censors were worried about when they cooked up the R rating. It’s so incredibly violent and twisted…and you’re going to love it you sicko, you. Set in an alternate present-day Taiwan, a virus has spread across the country, turning everyday people into killing machines. Think rabies, but if rabies suddenly made you a mass murderer, acting on every single sadistic impulse your brain could imagine.

In the early morning, everything is calm, but before commuters even have a chance to get to work the virus has spread so fast that the city streets have become an inescapable slaughterhouse. Separated by miles of maniacs and madmen, a twenty-something going on seventeen Jim (Berant Zhu) sets out to rescue his business casual girlfriend Kat (Regina Lei) after she finds herself trapped in a hospital across town. Their relationship was already on the rocks before this deadly pandemic (whether Jim knew it or not), but it’s going to be curtains for them both if they don’t find each other, and a safe place to hide, before they’re torn apart by a horde of homicidal psychopaths.

Written, directed, and edited by Rob Jabbaz, The Sadness celebrated its world premiere at the 2021 Fantasia Film Festival. If you visit the festival’s webpage for the film, you’ll see an interesting disclaimer above its write-up. “Fantasia rarely includes a caveat, but this movie demands one. Act with caution” it states, and for good reason. This extreme action/horror flick isn’t afraid to dig deep into the depravity it’s premise promises. Not only are the infected bloodthirsty murderers, but they’re also horribly sexually violent. The resulting combo is a flurry of eye-popping insanity but Jabbaz succeeds in using this extreme violence with purpose while never leaving the harrowing journey of his characters to needlessly showcase the savagery of his villains. And oh boy, does this movie have some noteworthy villains.

As a virologist in the film explains, “it’s like being possessed by an evil spirit,” and that ain’t hyperbole. The infected are a lot like zombies if zombies were more concerned with murder, rape, and torture than taking a bite out of the person next to them. I mean- they are still chomping their way through crowds when need be, but why use your teeth when you’ve got a knife in your pocket or a perfectly good pair of gardening sheers laying around. What really sets these evil bastards apart from your average re-animated cannibal, however, is that these f*cks can talk! They taunt their victims, they laugh manically while murdering them, and they (wait for it) cry. Despite clearly enjoying their mayhem, the infected are still victims of this terrible virus, forced to watch themselves become uncontrollable monsters.

It should go without saying that deadly virus movies have been changed forever because of COVID-19 but in the hands of a filmmaker like Rob Jabbaz, changed for the better. Even in the most mundane moments of the film’s first act, there is a tension and fear that he plays with like a new tool in the arsenal of every horror creator. Something as simple as sitting shoulder-to-shoulder with other passengers in a subway car shouldn’t be unsettling but it is when you know how easily a virus can spread in confined spaces. Even a neighbor offering you a sprig of thai basil from his herb garden, after handpicking and smelling it, is no longer the polite gesture it used to be when you’re trapped in a world where you’re one act of kindness aware from being infected yourself. The creeping unease Jabbaz builds in the front half of his jaw-dropping debut feature is eerie relateable- let’s just count our lucky stars that “battling COVID-19” didn’t mean slipping and sliding through the blood of strangers while running from ax-wielding rapists.

Gorehounds especially are going to love The Sadness. The movie relishes every opportunity to show off its practical effects and the geniuses at IF SFX ART MAKER are some truly fiendish artists. Faces are melted, limbs are mutilated, arteries are ripped open to expose a geyser of blood like a piñata packed with gore! If The Purge was a transmittable disease rather than an opt-in event, it would look a lot like the sadistic wasteland of The Sadness. Although this may not be the easiest film to watch at times, it’s maybe a more honest depiction of what a rage virus would look like, warts and all. While some will have trouble sitting through its darkest scenes, The Sadness is an achievement in extreme violence, a triumph of top-notch practical effects, and a brilliant re-imagining of the zombie/virus outbreak subgenre.

Rob Jabbaz’s The Sadness celebrated its world premiere at the 2021 Fantasia Film Festival. Click HERE to follow all of our festival coverage, and be sure to let us know what you would do if everyone in your entire city was suddenly turned into ruthless murderers over on Twitter, in the official Nightmare on Film Street Subreddit, and on Facebook in the Horror Movie Fiend Club! 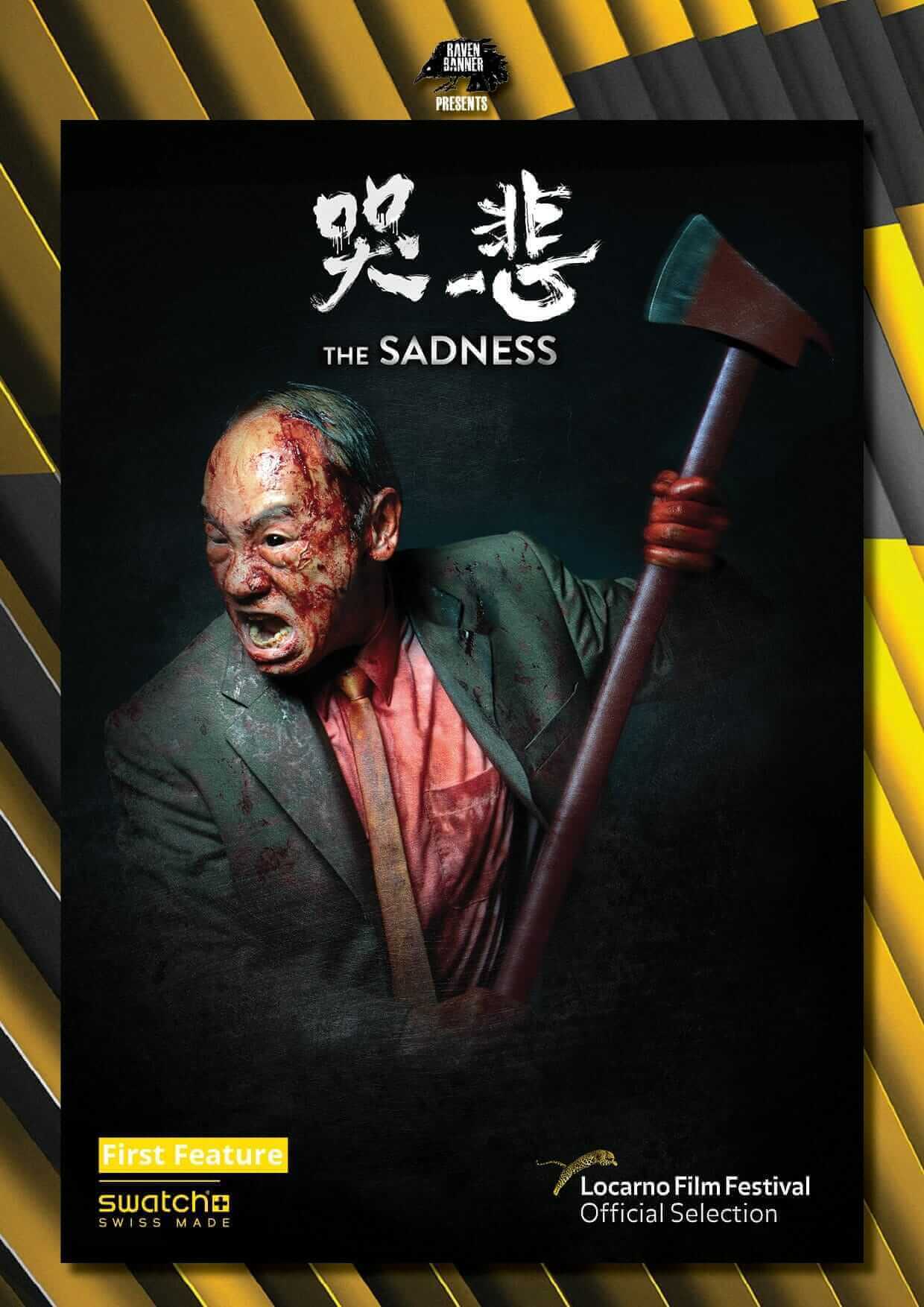 TLDR Gorehounds especially are going to love The Sadness. The movie relishes every opportunity to show off its practical effects. Faces are melted, limbs are mutilated, arteries are ripped open to expose a geyser of blood like a piñata packed with gore! If The Purge was a transmittable disease rather than an opt-in event, it would look a lot like the sadistic wasteland of The Sadness.