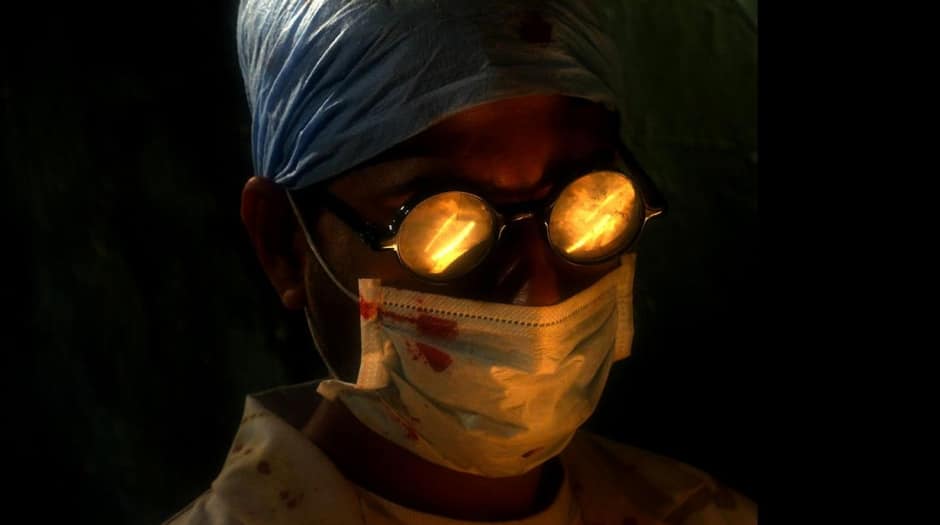 It simply blows my mind hearing that Mad God took 30 years to make. Granted, many of those years were spent on the shelf while other projects were given priority. But a lot can change in 30 years. Just thinking of all those years of struggling and self-doubt, wondering if it’ll ever be completed, not to mention how much technology has changed in the past three decades, it’s a miracle that it’s seeing the light of day now.

The film’s visionary, Phil Tippett, has an impressive resume, having worked in the FX department for movies like Star Wars (the original trilogy), RoboCop, Jurassic Park, Starship Troopers, and most importantly, Howard the Duck, creating some of the most iconic machines and monsters in cinema history. Tippett started production on Mad God in 1987, handcrafting miniatures and sketching ideas for characters, however, he was never able to secure funding for his passion project.

“Experiencing Mad God for the first time is jaw-dropping and awe-inspiring.’

Production for Mad God was put on hold when his company Tippett Studio was hired to work on big-budget films, having made the transition from stop-motion animation to computer-generated effects. It collected dust in a corner until it was discovered by some young animators, who encouraged Tippett to pick it back up again. He was able to accomplish his lifelong dream, thanks in part to a crew made up of volunteers and students, and with funds from a Kickstarter campaign. Three parts of Mad God circulated the short film festival circuit starting in 2014, but now it has all been edited together with more than 30 minutes of additional footage.

Mad God opens with a slow crawl of text, similar to the opening of Star Wars, except this text is taken from the book of Leviticus, in the Old Testament of the Bible, wherein God warns of the destruction He is capable of. So you better not piss Him off. With that in mind, we are then dropped into a world created by a cruel and uncaring god. It is a place where life is not cherished. Where death, war, and slavery are accepted parts of everyday life (a world not far off from our own). An Assassin, dressed in miner’s gear, descends into the subterranean depths of a planet filled with murderous mutants and steampunk machinery. The Assassin intends to plant a bomb at the earth’s core and free all its inhabitants from the pain of existence. 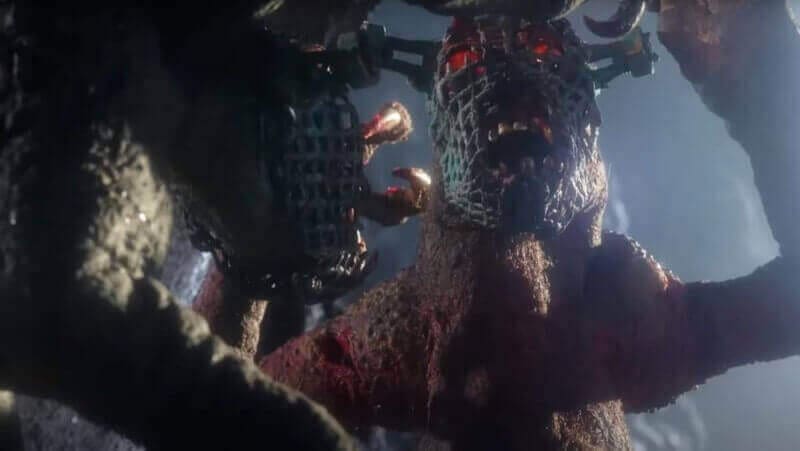 As he inches closer to the bottom, he observes horrifying creatures, acts of sadism and disposable straw men carelessly crushed under the very machines they are tasked with operating. Much like Dante’s Inferno, each level holds new horrors. There’s not much of a story to follow. Rather, Mad God is a collection of vignettes that showcase this bleak and brutal universe. The detailed environments make the world look unbelievably massive, when in reality, it can all fit inside a warehouse.

Mad God has no dialogue and for that reason, the movie seems to move a lot slower, and at times, it’s difficult to stay engaged. Communication is established through a series of grunts or screams of pain, and the only emotions the miniatures seem to express are indifference or mortal fear. An unseen authoritarian tyrant is broadcasted to the population of straw men, voiced by a gibberish-spewing infant. The film is not just stop-motion animation. It mixes in other mediums, such as shadow puppets and the occasional digital insertion of human actors, who are often obscured by bandages or surgical masks, except for a full-faced appearance by Alex Cox, the cult director of Repo Man, as the cult leader of the Assassins. 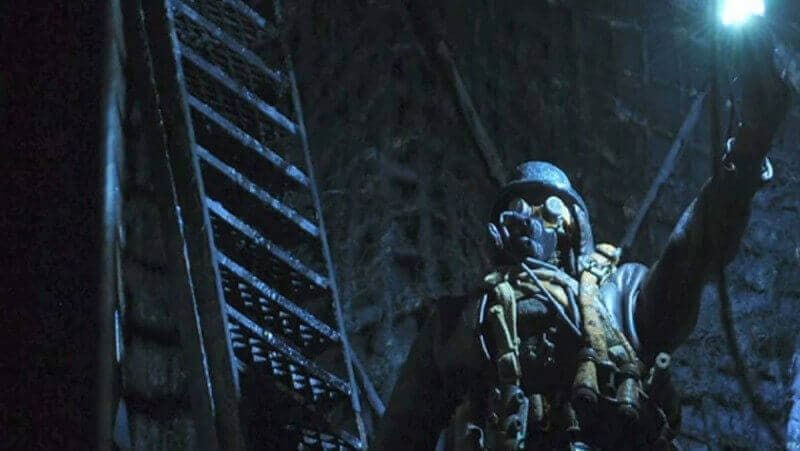 The monsters are either insect-like or deformed walking tumors with swollen genitals, dead eyes and large human teeth. They look somewhat familiar, like pornographic versions of beasts we’ve seen in Star Wars and Starship Troopers. Watching the behind-the-scenes documentary short Worse Than the Demon, some of the monster miniatures were a lot bigger than I had initially thought. Everything in this movie feels so minuscule placed against the vast caverns or the dystopian skyscrapers. Tippett explains how he prefers to use his hands instead of sitting in front of a computer screen, even if the stop-motion process of building sets and creatures and making them move is a lot more painstaking and time-consuming.

Mad God is finally being embraced by other cinematic masters like Guillermo del Toro, though Hollywood executives will never admit they were wrong to reject Tippett, because of the nihilistic message of Mad God. But in the end, he didn’t need them, because Mad God is sure to be adored by independent film fans worldwide. Its lack of dialogue could work to its advantage because there is no language barrier.

“You almost forget about how pitch-black the subject matter is because you’re so swept up by the sheer immensity of it all.”

Experiencing Mad God for the first time is jaw-dropping and awe-inspiring. You catch yourself thinking about the hours upon hours of work that went into a single frame, noticing the smallest of details hidden behind the action. You almost forget about how pitch-black the subject matter is because you’re so swept up by the sheer immensity of it all. It feels almost unfair to judge the end result of 30 years in less than 1000 words. But I will say this, Mad God is a masterpiece and I doubt I will see anything like it ever again.

Phil Tippett’s Mad God celebrated its North American premiere at the 2021 Fantasia Film Festival. Click HERE to follow all of our festival coverage, and be sure to let us know what your mind was blown as well over on Twitter, in the official Nightmare on Film Street Subreddit, and on Facebook in the Horror Movie Fiend Club!

Review: MAD GOD (2021)
TLDR
Experiencing Mad God for the first time is jaw-dropping and awe-inspiring. You almost forget about how pitch-black the subject matter is because you're so swept up by the sheer immensity of it all. It feels almost unfair to judge the end result of 30 years in less than 1000 words. But I will say this, Mad God is a masterpiece and I doubt I will see anything like it ever again.
Animation
100
Story and Pacing
70
Creature Design
100
Music and Sound Design
90
90