At a time when the box office is oversaturated with mid-tier Hollywood superhero movies, one film out of Europe has done the impossible by making me fall in love with a group of misfits with superpowers. Freaks Out is the sophomore feature from Italian director Gabriele Mainetti and writer Nicola Guaglianone, who had previously collaborated on the modern superhero movie They Call Me Jeeg.

Once again, they are sticking within the realm of superhuman abilities, but this time, setting the story in the middle of World War II, made possible by a budget almost ten times the amount of their previous feature, thanks to backers in both Italy and Belgium. The film takes place in 1943 in Nazi-occupied Italy. The opening scene is a fantastic sequence introducing each of our protagonists and their powers as they perform to an enthusiastic crowd under a circus tent.

“Marvel wishes they could make something this stylish and entertaining that doesn’t rely on cameos or existing IP.”

First, there’s the circus owner Israel (Girgio Tirabassi), a Jewish magician who speaks directly to the audience before disappearing in a puff of smoke. The first performer is Cencio (Pietro Castellitto), a thin, pale man who can conjure and control insects out of thin air. Next is Mario (Giancarlo Martini), a simple yet cheerful little man with magnetic powers that allow him to stick multiple spoons on his face.

Emerging from a cage is Fulvio (Claudio Santamaria), who is covered from head to toe in long, flowing hair, and has the strength to effortlessly bend metal bars with his bare hands. Finally, there’s Matilde (Aurora Giovinazzo), a young acrobat who can conduct electricity with her body. When not performing, she has to wear gloves since the simplest touch of her skin can give off an immediate shock. 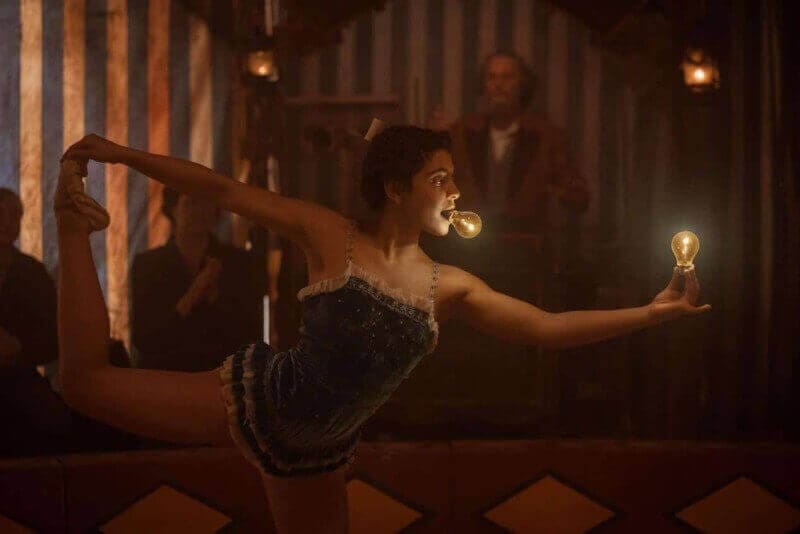 Despite the excitement of the circus goers, the show is cut short by a bombing raid. Low on money, Israel concludes that war-ravaged Europe is no place for a traveling circus, and makes plans to move the circus to New York. Israel goes off to Rome to find means of safe transport to America, leaving the rest of the troupe in the countryside so as to not attract too much attention in town. However, when he never comes back, the remaining four performers decide to go their separate ways. Matilde goes out alone to search for Israel, the closest person she ever had to a father figure, while Mario and Cencio follow Fulvio to join the Zirkus Berlin, a much bigger circus that is currently stationed in Rome.

The circus is run by Franz (Franz Rogowski), a German pianist with six fingers on each of his hands, who also has the ability to see into the future while under the influence of ether. Franz has sketched out everything he has seen in his visions, from cellphones to fidget spinners. But most importantly, he has had visions of the Nazis’ defeat, and of four shadowy figures with superpowers, and believes these mysterious people can be recruited into a special army that will lead Hitler to victory.

Since Freaks Out is a period piece, a lot of attention to detail had to be put into the costuming, props, and sets, while committing to a color palette of rich browns, bluish grays and deep reds. The special effects are seamless, whether it’s a collapsing tower from an airstrike, the glowing light underneath Matilde’s skin, or all of Franz’s fingers dancing across the piano keys. Smoke and limited light is used to cover up any flaws, especially during a final firefight which rivals the action of some of the most iconic Spielbergian World War II scenes. The cinematography is absolutely awe-inspiring, with the camera spinning and rolling through quick-paced choreographies.

One of my favorite movies is Tod Browning’s 1932 masterpiece Freaks. Although parts of it are somewhat problematic in retrospect, it still humanized the sideshow performers while villainizing those who sought to exploit them. Similarly, the viewer will feel sympathy for the quirky characters of Freaks Out while cursing at the one-dimensional Nazi soldiers that thwart their existence. The exception is Rogowski’s portrayal of Franz as a villain with plenty of emotional depth.

Franz has some of the best scenes in the movie, especially when he does piano covers of Radiohead and Guns n’ Roses songs, which he plagiarized from the future, passing them off as his own compositions. Even the more minor characters are unique, including when Matilde comes across a ragtag group of disabled antifascist guerillas, determined on killing as many Nazis as possible despite their makeshift prosthetic limbs.

My hopes are that mainstream audiences embrace Freaks Out with the same passion that would for any other superhero film. Marvel wishes they could make something this stylish and entertaining that doesn’t rely on cameos or existing IP. Though, there are a few hurdles that might keep it from mainstream success, mainly its long two-hour-plus runtime and the “one-inch-tall barrier of subtitles”, to quote Bong Joon Ho. There’s also the occasional raunchy joke and full frontal male nudity that will ward off a younger audience, but if nothing I just mentioned is a deal breaker for you, you too will fall in love with the fantastical whimsy of Freaks Out, even if you have had your fill of superhero movies.

“…you too will fall in love with the fantastical whimsy of Freaks Out, even if you have had your fill of superhero movies.”

Gabriele Mainetti ’s Freaks Out celebrated its Canadian Premiere at the 2022 Fantasia Film Festival. Click HERE to follow our continued coverage of the festival and let us know what super power you wish you had over on Twitter, Reddit, Facebook, and in the official Nightmare on Film Street Discord. Heck, follow Nightmare on Film Street on TikTok for more horror movie recommendations while you’re at it. 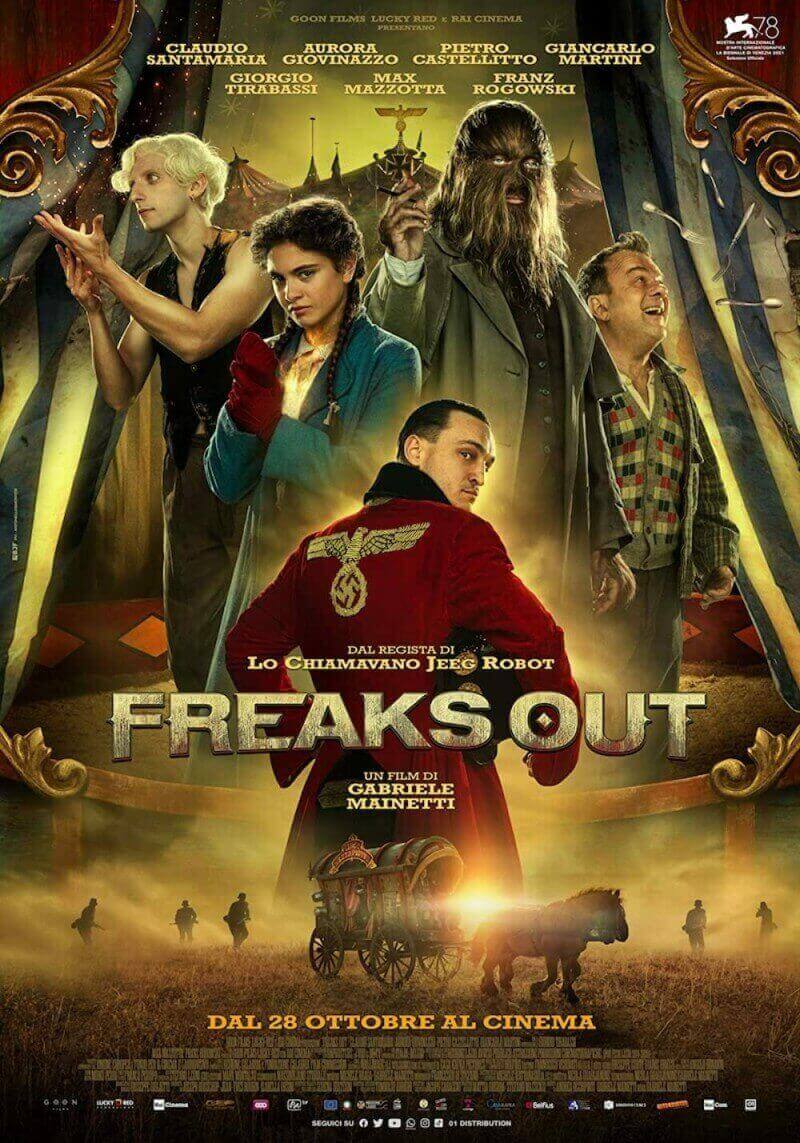 TLDR Freaks Out is a period piece and a lot of attention to detail had to be put into the costuming, props, and sets. The cinematography is absolutely awe-inspiring, and if you can handle the occasional raunchy joke and the "one-inch-tall barrier of subtitles", to quote Bong Joon Ho, you too will fall in love with the fantastical whimsy of Freaks Out...even if you have had your fill of superhero movies.