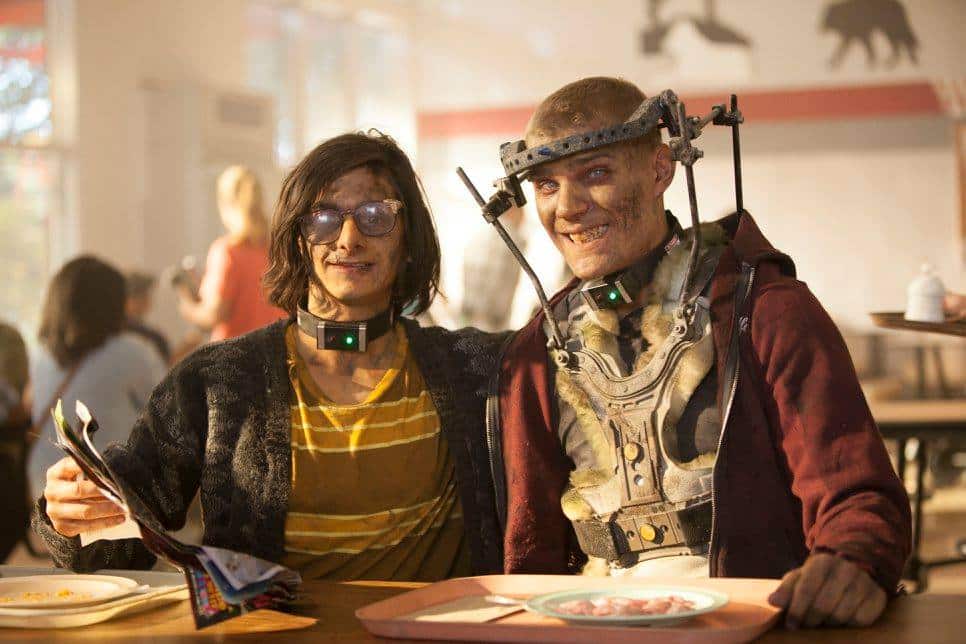 Freaks And Shrieks: 10 Back To School Horror Movies Streaming on Hulu Right Now

Whether you’re a student in the middle of the back-to-school madness or just an average Joe who loves the smell of school supplies, this list will help you get through those end of Summer blues and celebrate the back-to-school season. Below is a list of 10  scholastic-adjacent horror films that are available for you to stream on Hulu right now. 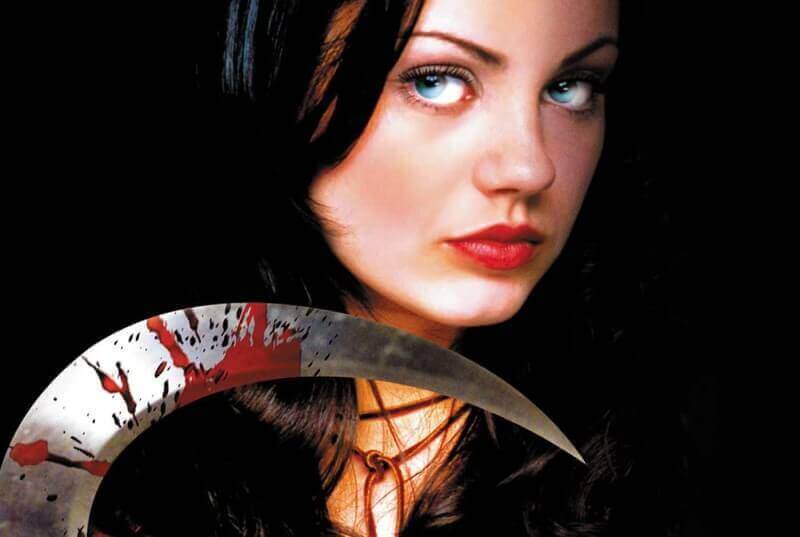 Premise: A young forensic psychology student is determined to get a coveted TA position with the department’s renowned professor. Her past trauma leads her into an unhealthy pursuit.

This choice may be born of nostalgia as opposed to quality, but it deserves to be here. If only because the entire plot is Mila Kunis killing off her classmates who are in competition for a TA position she wants even though she isn’t qualified or eligible, which is objectively hilarious. Also, William Shatner is her Professor. 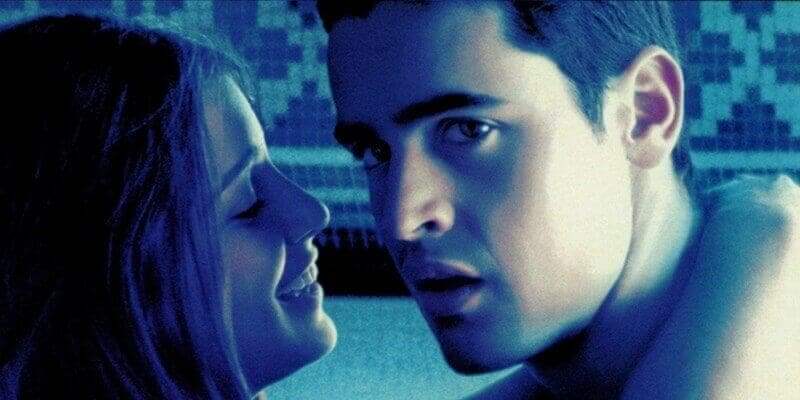 Premise: The new girl at school has an infatuation with the star swimmer.  When he indulges her attention, her infatuation becomes an obsession. He doesn’t even know he’s already in over his head.

For a teen horror film, Swin Fan is highly sophisticated. The cast delivers solid performances and the horror is anchored in plausibility (for the most part). There’s no hidden figure behind a mask and no reliance on gore or cheap scares. If this movie were released today, I wonder if we wouldn’t see the tables turn on who the audience perceived as the villain. #GaslightGirlboss Premise: A group of college students living on a campus with a dark past suddenly start being killed off in the style of several infamous Urban Legends. Can they survive the brutal attacker or will they become legends themselves?

This is where you get your dark academia fix. What makes Urban Legend work is its commitment. The filmmakers clearly love American Folklore. I mean, it’s the name of the class the characters are taking that introduces the idea of an Urban legend (looking at you Scream 2).  I’m convinced this film was trying to introduce new ideation of folk horror, and it almost succeeded. 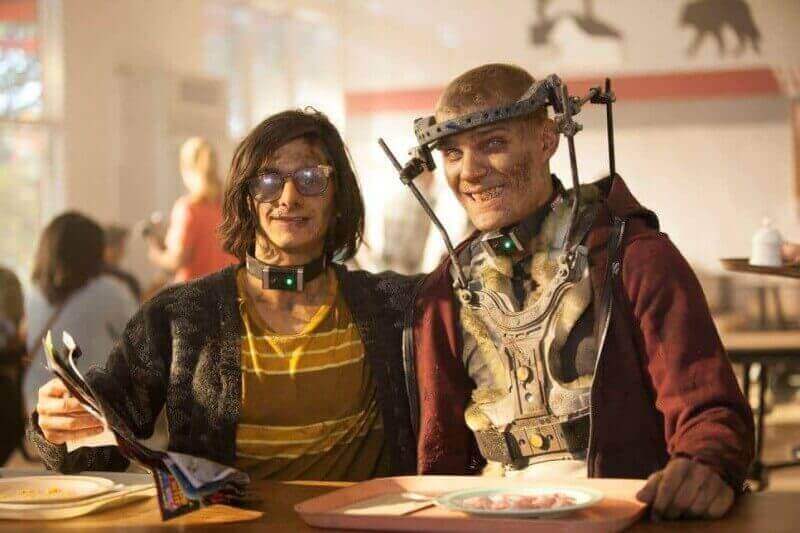 Premise: A town that already has a healthy population of vampires, zombies, and humans, is suddenly invaded by aliens. It’s up to the factions of high school students, monster or otherwise, to protect the town.

For fans of classic monsters, this one’s for you. Freaks of Nature is a lesser-known teen horror film that probably didn’t get much attention because it came out in a year that saw a pretty amazing lineup of horror film premieres. While it leans more into comedy than horror, it delivers on the monster lore. The cast is also stacked with recognizable 20-something-aged actors who were just about to graduate out of their teen roles. Premise: A class field trip to Paris is derailed by a premonition of the plane’s explosion. When the premonition comes true, the surviving students are left to deal with their grief and the death that is still coming for them.

Final Destination is in a category all its own. For all the supernatural horror films out there, there is nothing quite like a Final Destination movie. The kills start out fairly plausible and become more outrageous by the minute. A film like this had never really been made before, at least not one that wasn’t loaded with religious iconography. The idea of death itself being the antagonist of a horror movie is an exciting gamble that really pays off. 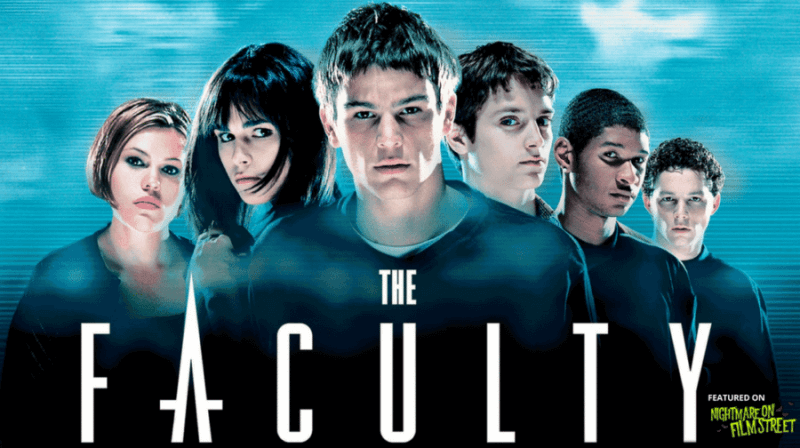 Premise: A high school is infiltrated by a parasitic new creature that is turning the teachers hyper-aggressive. An unlikely band of students forms to get to the source of the infestation.

Robert Rodriquez asks a fundamental question with the Faculty: what if The Breakfast Club was a horror film? The answer is a fast-paced alien takeover plot that never ceases to entertain. Throw in an Usher cameo and a thinly veiled anti-drug campaign and you have one of the best scholastic-themed horror films of the 20th century. 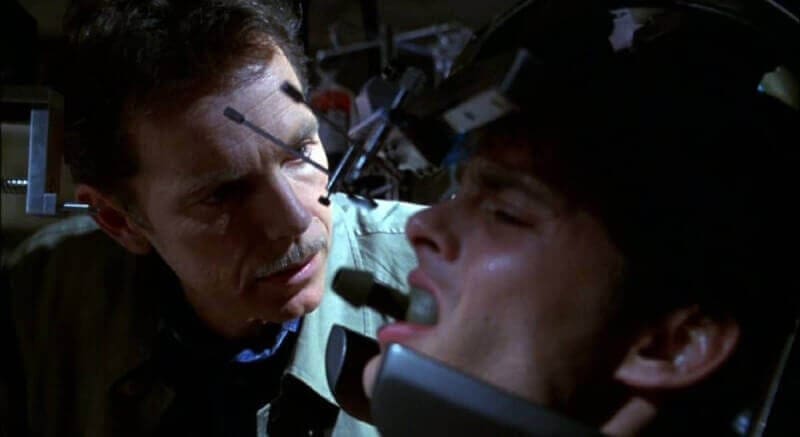 Premise: Steve is forced to relocate with his family to a new town after the death of his brother. When the bizarre perkiness of the study body appears to lead to a body count, Steve is forced to flee with the few friends he’s made and avoid being killed, or worse, recruited.

Do you hear Harvey Danger when you look at the poster, or did you have a normal childhood? Disturbing Behavior is a highly underrated but much beloved 90’s jam that centers on high school as the horror element instead of the setting. Am I a sucker for buying Katie Holme as a disgruntled punk teen with a nose ring? Maybe. Do I care? Not when “Monster Side” starts playing. Touching on themes of paranoia, mental illness, and puberty, this is a great watch for those fresh to high school. 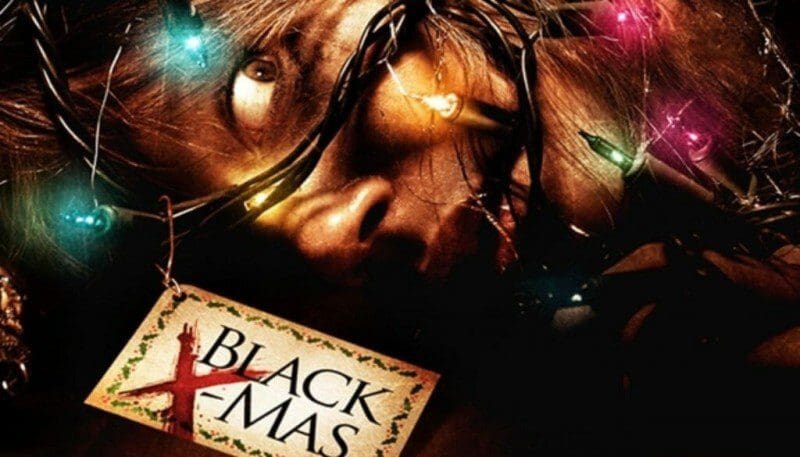 Premise: A group of sorority sisters who are stuck on campus for winter break is terrorized by a killer hidden somewhere in their house.

Whether you’re watching the OG or the 2019 remake, Black Christmas is a must-see. Personally, my go-to rewatch is Black Xmas (2006), which doubled down on absurdity with its addition of a motive for the original killer- and not an easily digestible one either, pun intended. If you’re reading this list it means you might be in college, and you may already be planning your winter break plans. This film will give you plenty of motivation to go home for the holidays. Premise: A young coed with shallow interests finds herself stuck reliving her birthday over and over again. With each day comes a new terrible way to die, and a new theory as to what, or who is killing her.

Happy Death Day is a gateway film for general audiences to engage with the horror genre on their terms and it passes with flying colors. See what I did there? This movie is very polished and follows a character arch of a popular blonde who proves herself to be capable and charming in the aftermath of having to face her death ad infinitum. The evil lovechild of Groundhog Day and Legally Blonde is a crowdpleaser you can put on in almost any company. 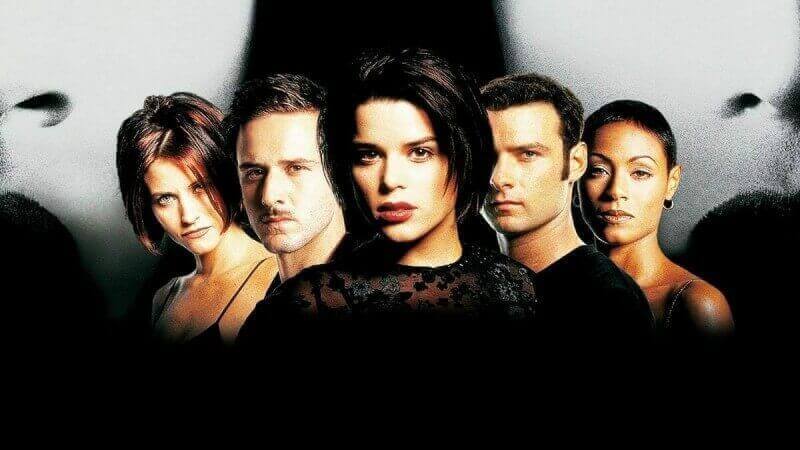 Premise: In the wake of a tragedy at the premiere of a horror film based on their lives, a group of survivors has to reunite and learn from the past to track down the new killer.

The top spot goes to arguably one of the best and most consistent franchises in horror. You might have expected to see Scream on this list instead of the sequel, but we can’t pass up the opportunity to discuss the high-camp masterpiece that is Scream 2. This movie took everything audiences loved about the first film and exclusively wrote to those strengths. Unhinged self-references? Check. Over the top Greek life meets Greek tragedy metaphors? Check. Bold Gale Weathers hair choice? Check. The film has a three-minute scene where the characters sit around a film theory class discussing whether sequels can be better than the original. How could this not be number 1?