Like the re-emergence of perennial plants every spring, the elusive horror subgenre Folk Horror seems to sprout up incrementally throughout history as social circumstances call for it. We are presently in the midst of a new folk horror revival dominated by films like Ari Aster’s Midsommar (2019) and Robert Egger’s The Witch (2015) among a slew of others. With this new rise of horror films based on folklore, paganism, history, cults, and superstition, it’s an ideal time to go on a deep dive into that ever-powerful but often difficult-to-define subgenre of Folk Horror.

Luckily, director and horror scholar Kier-La Janisse has graced us with the definitive documentary on the subject, Woodlands Dark and Days Bewitched. The documentary, which premiered at SXSW 2021, is as thorough a look at the genres’ history, themes, and iterations as there ever will be. Its spectacular lineup of interviewees and its expansive view of the genre combine to make Woodlands Dark and Days Bewitched a must-watch for any fan of folk horror, film history, and all horror nerds in between.

“…as thorough a look at the genres’ history, themes, and iterations as there ever will be.”

Any good film history documentary lives and dies on its research, and Woodlands Dark and Days Bewitched leaves no stone unturned in its exploration of folk horror. While cinematic horror and some television are the primary focus, the documentary is careful to include the literary sources of the genre and the actual folklore that the tradition rests upon. Too often horror fans and scholars approach horror film as something separated from the literature and mythology that preceded it. And while the term “folk horror” was popularised to describe films, it has existed as long as horror has.

While folk horror has been associated primarily with British horror films of the late 60s and 1970s, Woodlands Dark and Days Bewitched expands our perspectives far beyond the most common definitions found in film scholarship. Of course, Witchfinder General (1968), The Blood on Satan’s Claw (1971), and The Wicker Man (1973) are covered. And they are given the beautifully detailed examinations worthy of the so-called “unholy trinity” of folk horror. But Woodlands Dark and Days Bewitched expands its scope of British folk horror to the small screen with an extensive look at the BBC’s A Ghost Story for Christmas and M.R. James as folk horror. The film’s look at the British tradition even includes sections on British children’s programming in the 1970s, Dr. Who, and more.

This would all be enough topics to fuel a masterclass on the subject, but Woodlands Dark and Days Bewitched is a piece of documentary filmmaking in the constant habit of topping itself. The spectacular chapter on international folk horror breaks relatively untrod ground with its look at everything from Australian to Japanese folk horror. Perhaps because we most associate the genre with the trappings of Celtic paganism and English witchcraft, the definition of folk horror has too often been restricted to a European and American context. Yet Woodlands Dark and Days Bewitched blows our narrow assumptions wide open and makes it clear that folklore, and thus folk horror, belongs to the world. While Woodlands Dark and Days Bewitched is exhaustive, it’s never exhausting. This is in no small part due to the brilliant art direction and musical score. Chapters are interspersed with gorgeous animated paper collages by Guy Maddin. The score by Jim Williams builds atmosphere and menace, and haunting new recordings of traditional folk songs are heard throughout. The fascinating interviews with folk horror filmmakers and writers past and present, from Robert Wynn-Simmons (The Blood on Satan’s Claw) to Robert Eggers (The Witch, The Lighthouse), scholars, critics, and historians, and the under-amplified voices in folk horror, add to the rich breadth of the film. Each contributor offers brilliant revelation after brilliant revelation.

A potential risk of such extensive explorations is that a documentary might struggle to find a consistent anchoring focus, yet here Woodlands Dark and Days Bewitched triumphs again. It gets right to the root of folk horror as a cross-cultural approach to how modern societies relate to and fear the power of the past. And while each unique iteration of this conflict is given its due, the collective tension is always there to bring the viewer back to the fertile, yet somehow threatening, earth.

“…a must-watch for any fan of folk horror, film history, and all horror nerds in between.”

If you are a folk horror fan, genre fan, or even just a film fanatic, Woodlands Dark and Days Bewitched is a must-see. It does the work of twenty films without ever losing its ability to fascinate. It’s that rare documentary that can be called definitive without hyperbole. In short, it’s an examination as impressive and deep as folk horror itself, capturing the primal fire of myth as it has spiraled on screen again and again.

Woodlands Dark and Days Bewitched premiered at the 2021 SXSW Film Festival. Click HERE to follow our full coverage of the festival. The documentary is directed, written, and produced by Kier-La Jenisse and is a production of Severin Films. Are you planning to check it out? Let us know over on Twitter, Reddit, Facebook, and in the official Nightmare on Film Street Discord. Not a social media fan? Get more horror delivered straight to your inbox by joining the Neighbourhood Watch Newsletter. 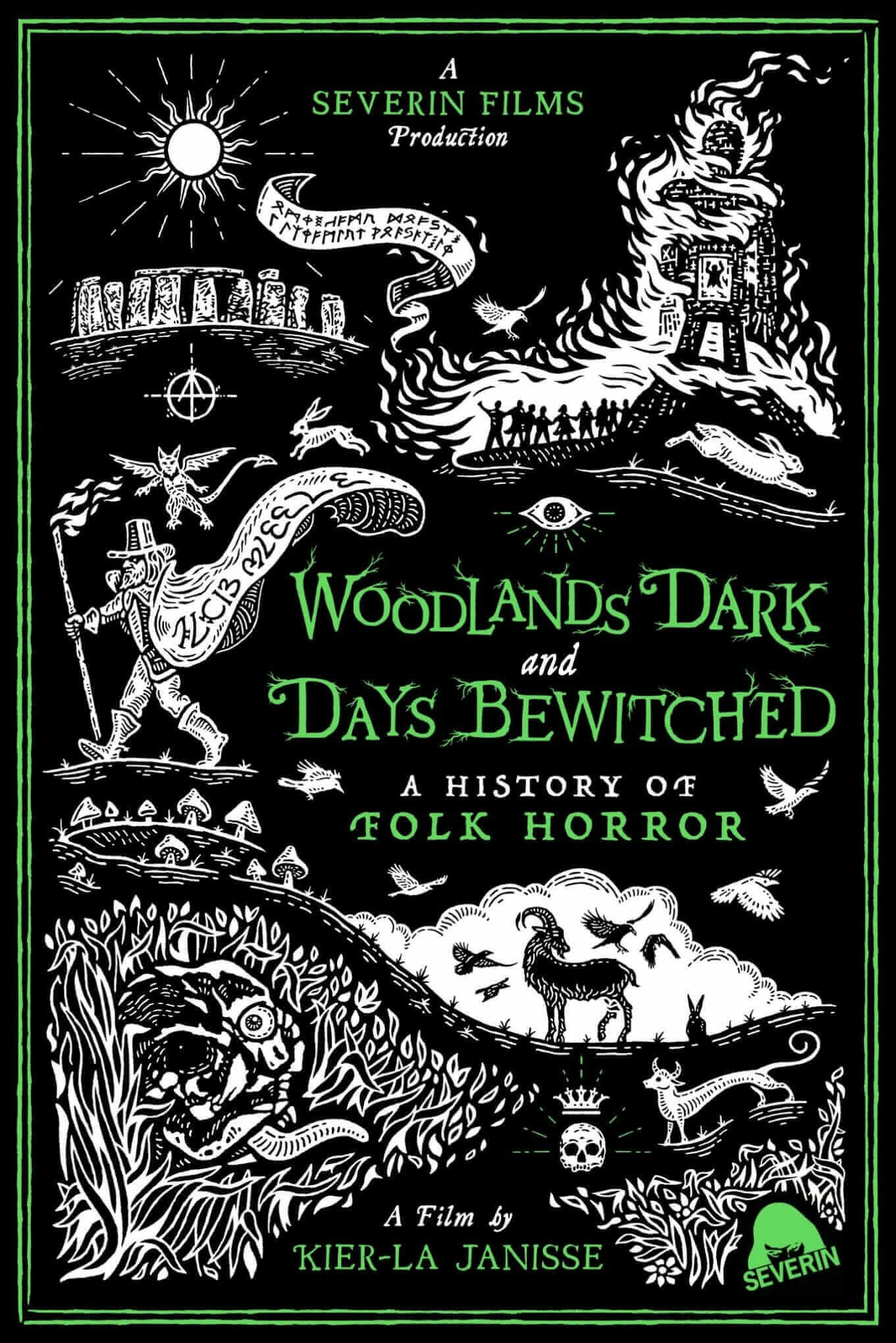 TLDR Approaching its vast subject with knowledge, an impressive lineup of interviewees, stunning art direction, and an expansive point of view, Woodlands Dark and Days Bewitched earns its spot as the definitive documentary on folk horror. Exhaustive but never exhausting, its a must-see for any horror fan, folklore nerd, or film history fan in between.