I Have No Mouth And I Must Scream: 10 Body Horror Moments From Your Childhood

From troubling transformations to insidious implications, body horror taps into our most base-level fears. The concept of being trapped inside a flesh prison, or warped into a new one entirely, truly plays on the very means of our existence, spinning new existential dread from within a gelatinous hellscape.

Consider then, your earliest experience with body horror. The unsettling realization that flesh wasn’t always your own, that transformations weren’t always magical, and that your fantasy lands… weren’t always safe.

Grab your guts!  It’s time to get sticky with The 10 Body Horror Moments From Your Childhood. 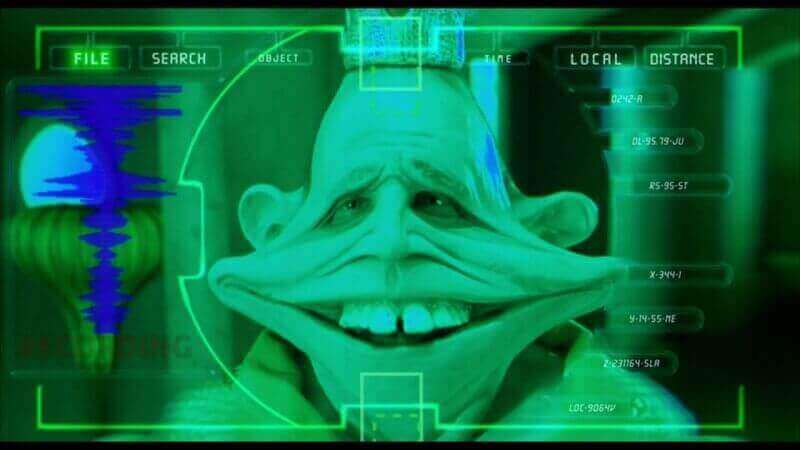 The Fooglies are rubbery, nightmarish mutants boasting hideously warped features, elongated limbs, and vibrant colour palettes. They speak in a nonsensical language and flail around at Floop’s whim. If that wasn’t bad enough, it’s later revealed that each and every Fooglie is in fact a captured secret agent who has been forcefully transformed into an obedient, hideous Fooglie.

To make matters worse, their gibberish songs in Floop’s TV show have a hidden meaning – When later played backward, they reveal a hidden chant of, ‘Floop is a mad man, help us, save us.’ Pure millennial nightmare fuel.

The transformation scene that’s been ruining family film time since the 40’s, Pinocchio drops one of the most disturbing moments in Disney history. With the titular wooden boy naively succumbing to the temptations of Pleasure Island, Pinocchio, along with his new buddy Lampwick, begin their horrifying descent into enslaved donkey life.

Complete with blind panic, a terrifyingly effective musical score and Lampwick ultimately screaming for his mother as his body changes in silhouette, the scene works body horror up there with the best of them. The terror is only amplified by Pinocchio’s own fear as he watches (and subsequently leaves behind) his newfound friend. 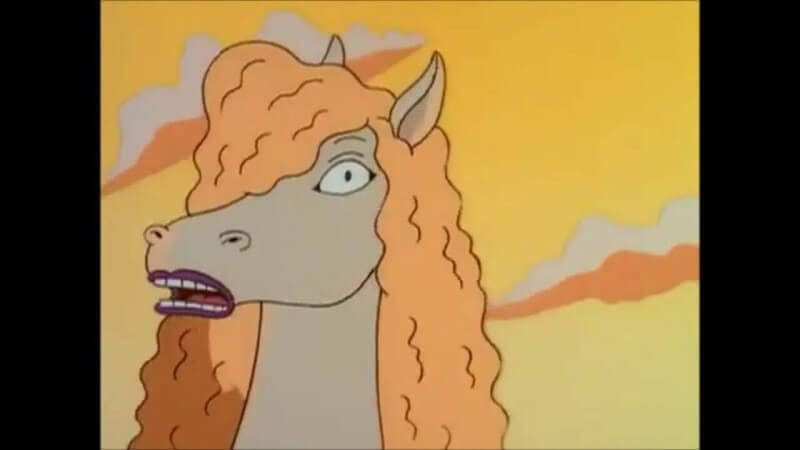 The Wild Thornberrys were no strangers to peculiar plot lines, particularly given youngest daughter Eliza’s ability to speak to animals. That said, when eldest daughter Debbie suffered a fever dream (S2E18), we were all forced to come along for the ride.

What begins as fairly standard fare soon morphs into madness, with each member of Debbie’s family revealing themselves to be animal-human hybrids. Nigel is reminiscent of Kevin Smith’s Tusk, and in a genius design move, Eliza’s dog counterpart keeps its human teeth and braces. Wrap things up with Debbie unwittingly beginning her horse transformation, plus a surprisingly effective musical stinger, and you have baby’s first body horror ready to roll. 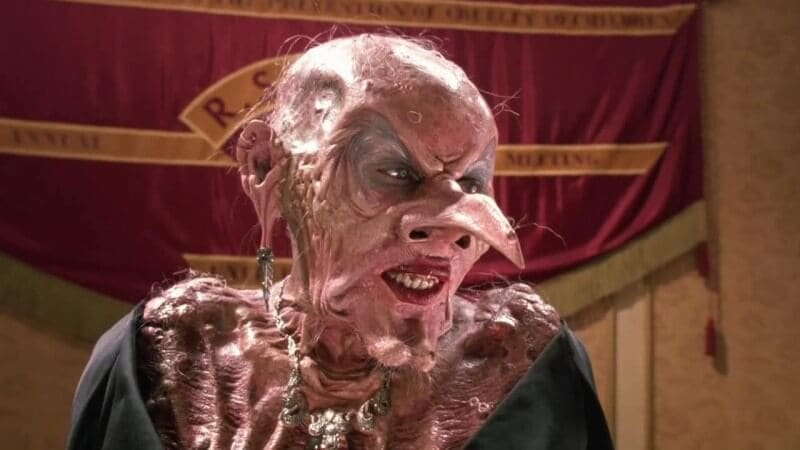 Whilst spying on a secret meeting, Luke (Jasen Fisher) discovers a coven of witches – a group of female demons who despise children and will use any means necessary to destroy or transform them, led by the Grand High Witch. Watching from his hiding place, Luke gets to witness the horrific Grand High Witch transformation in all it’s glory. Peeling off her human face to reveal her malformed, nightmarish true form beneath, her witchy compatriots also uncover clawed hands, square feet and festering, bald heads.

Casting Anjelica Huston (The Addams Family) as Grand High Witch, Miss Ernst was a stroke of unmitigated genius. Her severe, manicured, rich lady vibes are the perfect juxtaposition to the hideous, Henson-created monster underneath. Having the entire affair seen through the peeking eyes of our protagonist only adds to the dawning horror too.

When 11-year-old Coraline finds herself trapped in an unnervingly idealized version of her home, she soon begins to discover the sinister secrets and horrifying truths beneath her new ‘reality.’

Coming from the delightfully demented mind of Henry Selick (The Nightmare Before Christmas), is it any surprise that Coraline boasts more body horror than your average R-rated flick? From the recurring theme of sewing buttons into eyes, to Wybie’s forced rictus grin, to Other Father’s body being commandeered by Other Mother and ultimately, Other Mother’s true, spidery form, Coraline is wall-to-wall body-based terror. Hey Henry, are you okay buddy? 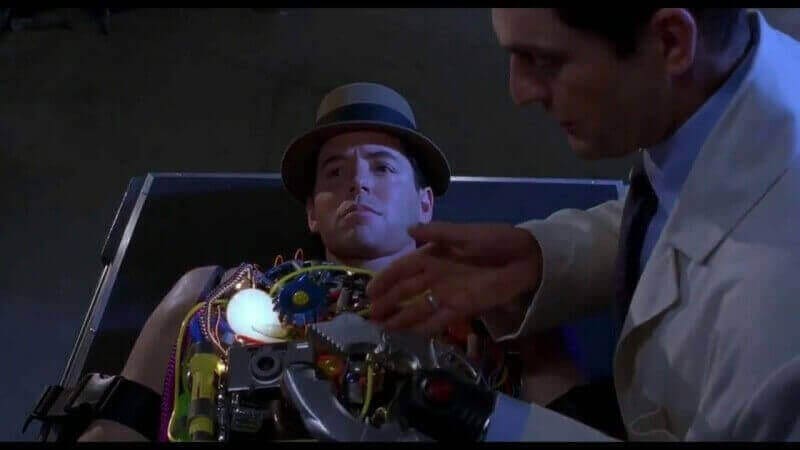 In a plot that inexplicably mirrors 1987’s Robocop, a security guard suffers a terrible accident, only to be bought back to life as a cybernetic police officer. While the Ghost In The Shell-style transformation is played for laughs, there is something undoubtedly eerie about an unwitting man having his body forcibly turned into a robot. To make matters worse, his enhancements range from helicopter blades that come out of his head to disposable fingertips revealing a multitude of tools (some more useful than others – a Pez dispenser being one of them), and the constant ability to make comedy whizz-bang noises from within his new, vaguely Matthew Broderick-shaped body.


When the villain of the piece, Klaw (Rupert Everett) eventually gets his hand(s) on Gadget, he immediately opens him up – Giving us an even worse look at the mismatched, technicolour junkyard inside the Inspector’s body. Ugh.

An alien being comes to Earth and bestows a handful of kids with the ability to transform into any beast they touch. Based on the book series of the same name, Animorphs was the perfect sci-fi nonsense-meets-teen drama that could have only existed in the 1990’s. Balancing the two with fairly adept precision, one of the best arcs in the series was undoubtedly that of Tobias. The long-haired, leather jacket-clad loner of the group, Tobias was the troubled favourite. He had a bad home life, was bullied at school, and served as the perfect reflection of every misfit kid sat watching the series at home. Tobias was cool.

What was considerably less cool was when Tobias overstayed his arbitrary 2-hour time limit whilst morphing, leaving him permanently trapped as a red-tailed hawk. From then on, Tobias’ narration existed purely internally, often questioning the existential nature of his transformation. Battling an internal conflict over his ‘human’ and ‘hawk’ sides, Tobias openly wonders if he’s ‘losing his humanity’ as each day passes. Damn, Animorphs.

Aint No Grave! Horror Characters Who Return From The Dead….Again and Again 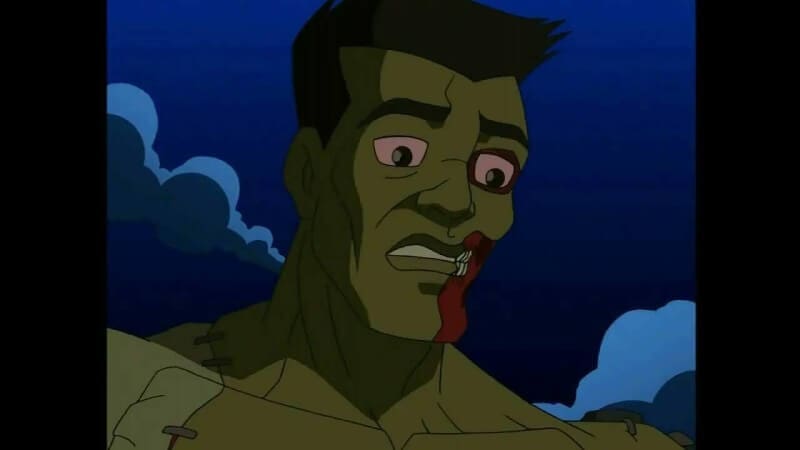 The often-overlooked 2006 TMNT had some solid episodes… Perhaps none more infamous than the banned “Insane In The Membrane (S4E19.)”. Featuring fan favourite tragic villain Baxter Stockman, the episode follows Baxter’s quest for a human body, after being turned into little more than a floating brain by Shredder and his cronies. Jokes on Baxter though – the body he chooses isn’t ready, resulting in an episode almost solely focused around it completely rejecting from his nervous system. Whilst the body horror begins with a little undulating flesh here and there, it quickly veers into ‘oh God, oh no’ when one of Baxter’s fingers visibly rots off. Yes, in Teenage Mutant Ninja Turtles.

Not only that, but Baxter’s body continues to decompose; he loses an entire arm, which he attempts to nail back on, and ultimately becomes a shambling mess of sutured body parts, complete with exposed bone, muscle, and tendon. As if things can’t get any worse for the scientist, he also becomes utterly delirious, haunted by images of his dead mother. The deterioration of both body and mind results in a showdown with the Turtles, Casey Jones and April O’Neil, the last of which spin kicks him in the face, breaking his jaw free and leaving it hanging open, classic zombie style. What a way to start your Saturday morning!

In a movie about childhood toys coming to life, complete with motives, emotions, and memories, is there any implication more horrendous than that of Sid’s misfit toys!?

No matter which one you look at, from the baby head with metal legs, to the dolly-dinosaur, or the wheely thing with Action Man’s head, every single one of Sid’s toys is a body horror nightmare. Worse so, when you realize that each and every one of them was conscious for their transformation, and seemingly had to come to terms with their new, smashed-together bodies all whilst living in constant fear of Sid’s next insane experiment. Has there ever been a Pixar villain quite as deranged as Sid!?!

For most UK kids, Round The Twist appeared randomly on British television in the 90’s with little to no explanation. An Aussie series that can best be described as ‘unusual family live in a lighthouse and embark on bonkers adventures,’ Round The Twist seemed to revel in gross-out humour and… just the most unhinged shit you’ve ever seen.

A kid slowly turning into a mermaid inexplicably grows fingernails all over his hands. A bird with human eyes won’t stop following one of the Twist children. In “Whirling Derfish (S3E3)”, one of the Twist kids swallows a rare fish, which gives him super speed in water… by using his penis as a propeller. And, perhaps the one most indelibly etched in my poor, impressionable childhood memory, is the episode where Pete (another Twist child) urinates on a tree and thus becomes impregnated with the tree spirit’s baby, which he later has to give birth to… Through his mouth. I truly wish I was making this up.

Chuck in a whole tonne of vomit, snot, and various other bodily fluids, and Round The Twist ends up being a nightmarish romp through impossible happenstance and relentless childhood body horror. Consider me scarred.