We are now only a few short days away from the release of James Wan’s Malignant. The imaginary friend horror to end all imaginary friend horror, from Warner Bros Pictures, hits theatres next week!. If you’ve been waiting for what feels like ages, and the thought of just another 7 days is too much the bear, check out the new clip below for a sneak peek at what awaits you on September 10, 2021

We were recently fortunate enough to sit down with James Wan, as part of a roundtable interview, the discuss his new film and what he has in store for the fans that have waited 5 long years to see his latest foray into horror. Some of Wan’s most recent films include Aquaman and Furious 7, but he’s most notable among horror fans for creating the Conjuring, Insidious, and Saw franchises. And while a lot of his films could be classified as “mainstream”, he shared with us that he saw Malignant as an opportunity to make something as dark as his earlier films, and to play around with practical effects at a level he’s never been able to before.

Jonathan Dehaan for Nightmare on Film Street:  This is a bit of a silly question, but I was curious if any of your friends or family had a kid with an imaginary friend and a creepy story that might have influenced Malignant.

James Wan: Ummm, not necessarily someone that’s close to my family but I’ve had friends who would speak of their children with imaginary friends. Usually, it tends to be pretty cute, it’s not at the Gabriel kind of level, thankfully. But luckily for myself, I never grew up with an imaginary friend. God, I would hate to think what kind of imaginary friends I would have had [laughs].

NOFS: Sound Design is something I’m always impressed with in your horror movies. Do you think how a scene sounds is essential to crafting an effective scare?

JW: Oh, of course. In a lot of ways, I would say that the sound is a lot stronger than the picture itself. We’ve seen, time and time again- from Blair Witch Project to Paranormal Activity to whatever else- all these great horror movies, when they work it’s because of the sound design and the imagery that they create in your head when all you’re looking at is just darkness and shadow.

You don’t see anything else but the sound design tells you that there’s something in there, and you start to formulate a look of what you think the monster or the ghost would be in the shadow, and I do think it’s probably the most important thing that I have carried from every film that I have made. Whether it’s a horror film, or a thriller, or a big action film, the sound design is hyper important for me and it’s no different with Malignant, literally trying to find the design of this and the soundscape of what this world would be like.

NOFS: Malignant is a bit of a departure from the tone of The Conjuring films and your action movies. Did you see Malignant as an opportunity for you to make something a bit darker?

JW: Well, I definitely miss that kind of filmmaking that I started my career with and, I don’t know, I just felt like my filmmaking in recent years has been a little more “mainstream” and I just wanted to show that I still have a lot of this yearning inside of me to try something that has a bit more of a darker edge to it. I don’t like doing the same thing again and again, and there’s a reason why I sort of fluctuate between a superhero film and then a horror film. I love all kinds of movies and I wanted to show that I have a love for all kinds of genres and that was a big part of it when I cooked up Malignant.

Yes, it is harking back to what I had done before but not to this level, and to take it in a different direction. Those were very important things for me. The other too was to play with practical special effects at this level. I haven’t played with animatronics and gore effects to this level, as we did on this film and I just thought it may be fun to go back and do one of those films.

“…my filmmaking in recent years has been a little more mainstream and I just wanted to […] try something that has a bit more of a darker edge to it.”

From Warner Bros Pictures, James Wan’s Malignant hits theatres on September 10. Be sure to let us know if you’re excited to see James Wan’s return to gore and practical effects over on Twitter, Reddit, Facebook, and in the official Nightmare on Film Street Discord. Not a social media fan? Get more horror delivered straight to your inbox by joining the Neighbourhood Watch Newsletter. 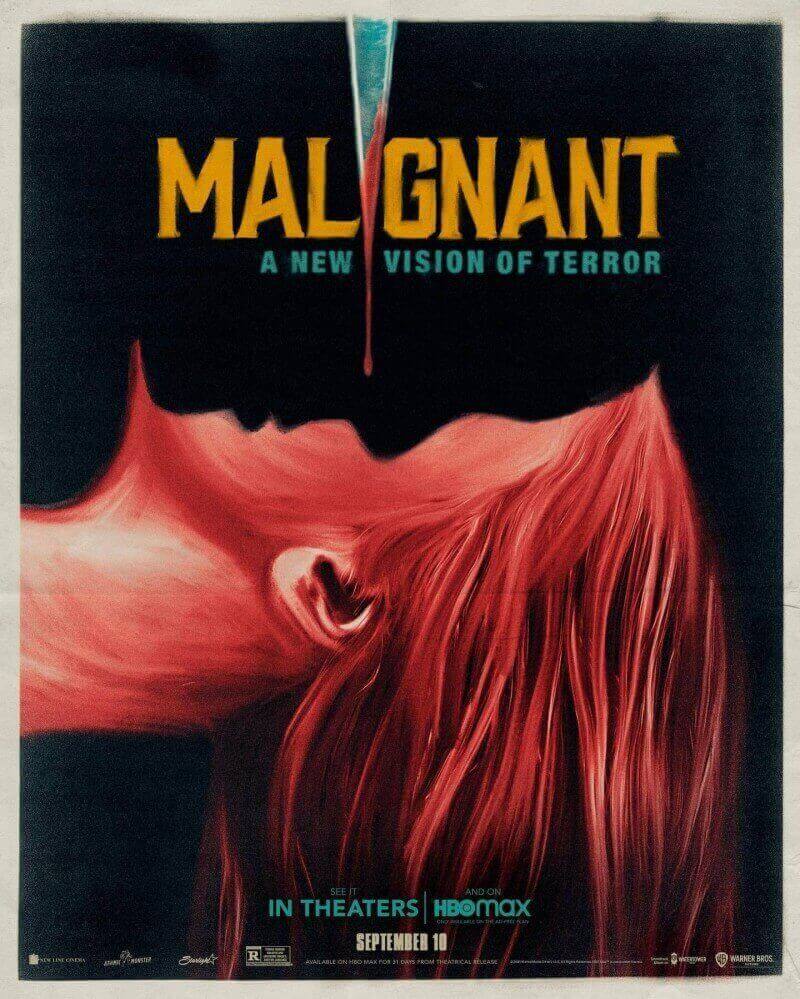