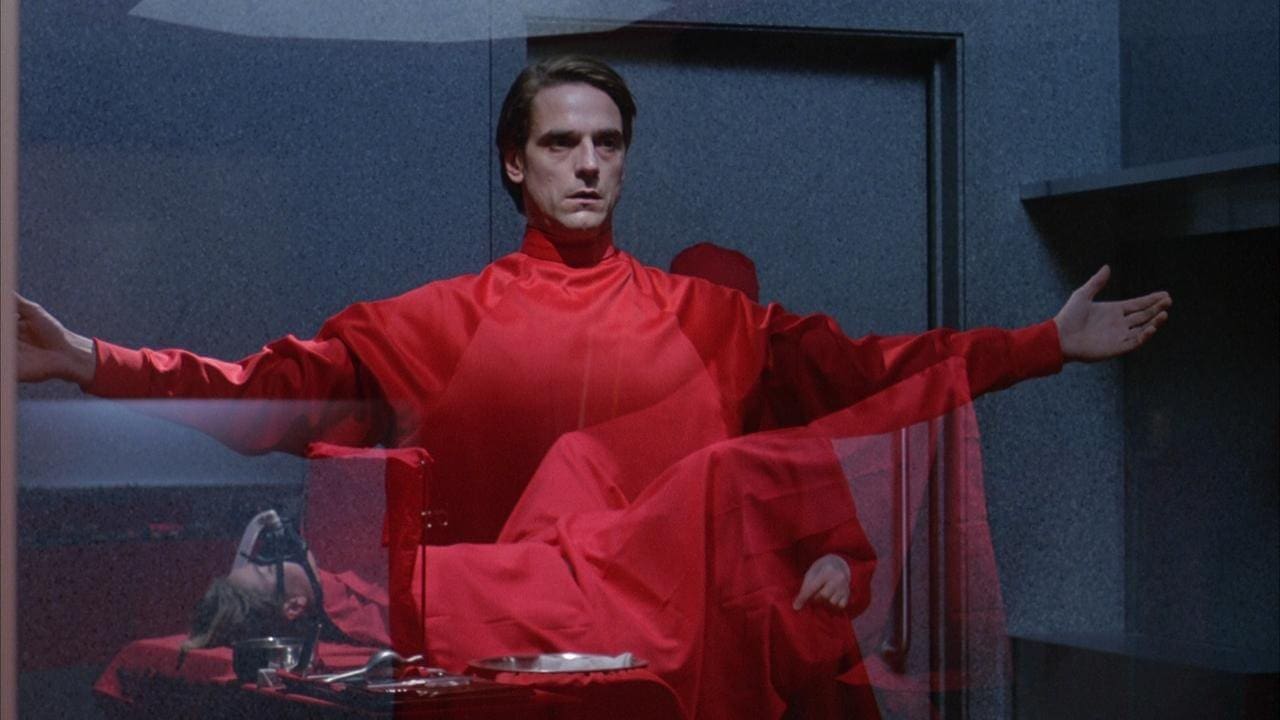 We’re diving headfirst into madness on this week’s episode of Nightmare on Film Street with David Cronenberg’s Dead Ringers. Join your horror hosts Jon & Kim as they discuss the madness of two, as portrayed by the genius of one Jeremy Irons. It’s double the fun, double the freaky, and an all-round good time discussing the dower and depressing tale of two brothers caught in a tragic spiral of addiction and co-dependency. That may sound a little more high-brow than your average episode of the show, but I promise we spend just as much time talking about Jeremy Irons’ ultra-cool art deco apartment, and his odd choice to dip pizza in red wine. Join ussss…

Unlock access to exclusive bonus content and earn some other frightfully good rewards; including watch parties, merch discounts, and swag (like membership cards, stickers, and temporary tattoos!) by joining the Nightmare on Film Street Fiend Club. This week, Fiend Club members are invited to join us for a Horror-Themed Game Night, and best of all, it’s up to you what we’re playing! Click HERE to vote on whether we’re playing Evil Dead: The Game, Phasmophobia, or One Night Ultimate Werewolf & Horror Pictionary. Join usss… 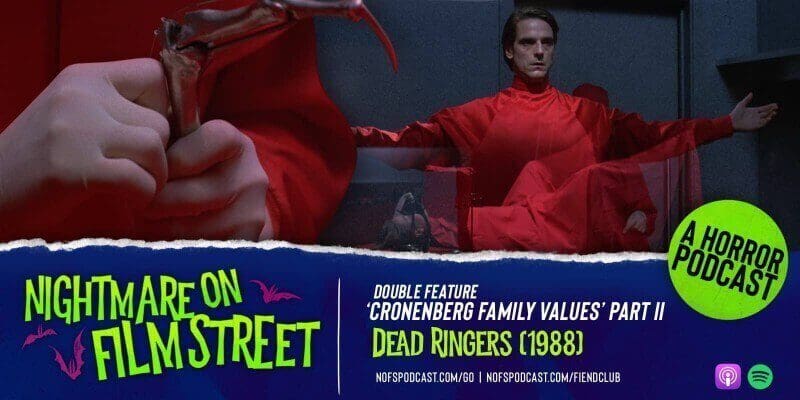