Keith Thomas is not yet the household name for horror directors that I’m sure he will one day be but with only two films under his belt, he’s already given us one of the scariest indie films of the decade and now, an updated adaptation of a classic Stephen King novel. Two of the hardest spaces to cross off on your horror bingo card. His debut feature The Vigil remains one of my favorites from recent years, and it was no surprise when Blumhouse announced that he would helm their long-teased Firestarter remake.

The Vigil is an eerie, unsettling chamber piece of a horror story whose scares seep into your bones and rattle you from the inside out. Firestarter, as a property, is a huge leap forward in terms of scale and execution but there was no doubt that with a strong script, and a supportive team, Thomas would knock this telekinetic firefight out of the park. Tragically, Firestarter (2022) is not the explosive, franchise-establishing feature the producers had surely hoped it would be. Despite a cast of talented performers (including the always intense Michael Greyeyes) and a lead who can turn anyone and anything into an inferno, Firestarter is a talkative horror-tinged superhero origin story that never manages to turn up the heat.

“…a talkative horror-tinged superhero origin story that never manages to turn up the heat.”

Zac Efron (Extremely Wicked, Shockingly Evil, and Vile) and Sydney Lemmon (Fear The Walking Dead) star as Andy & Vicky McGee, parents to a temperamental telekinetic child whose tantrums have more than just a flair for the dramatic. Andy & Vicky have been laying low for years after being subjected to a series of experimental tests that gave them superhuman abilities to move objects with their mind and influence people’s decision-making. Their daughter Charlie, played by Ryan Kiera Armstrong (IT Chapter Two), is growing into her powers but hasn’t yet found the ability to control them.

Charlie shares her parent’s abilities but she’s also been gifted with a dangerous talent all her own. She can conjure fire at will and cause any object (or person) to spontaneously combust in the blink of an eye. After a nearly fatal incident at her school, the secret agency responsible for the family’s misfortune come to collect Charlie for experimentation. Naturally, Charlie isn’t about to go down without a fight, and the little firestarter is forced to harness her abilities and save the day. She’s kind of like a superhero. But a superhero that will burn you to a crisp if you try to hurt her and anyone she cares about. 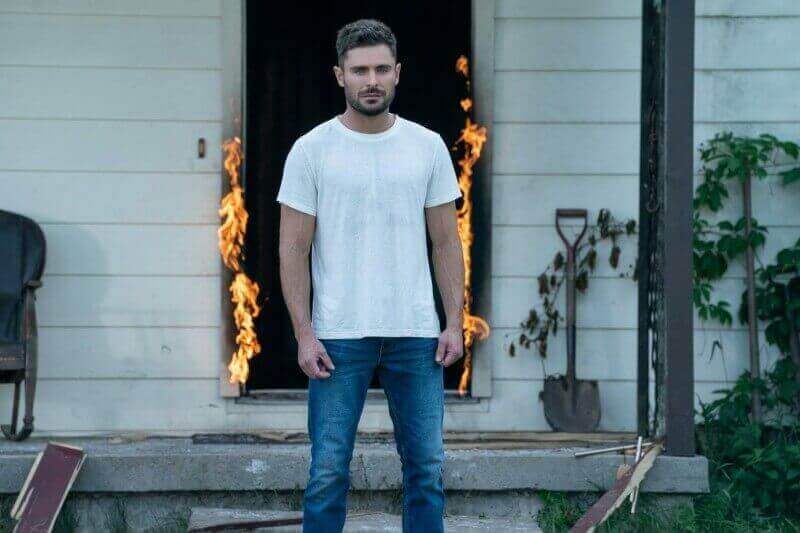 If you’re going to make a movie about a girl who can harness and control fire with the power of her mind. you’re going to need fire. And lots of it. No modern film is likely to ever top the danger of a 1980s film set but to Firestarter‘s credit, there are a handful of fireballs and psychic flamethrowers throughout. Even the computer-generated fire looks tip-top when it’s used. Heck, for all I know everything from a zippo flame to the full-body burns in the third act could have been after-effects. I’m no fire expert. Fire bad, and the closest I like to get to it is front row at the movies.

Fire means burns, however, and there are a few great moments of effects shots that show the extent of Charlie’s powers. The horror of it all is lacking but scary movie fans will definitely appreciate the propulsive score from John Carpenter, Cody Carpenter, and Daniel A. Davies. The synth-driven soundtrack really adds a layer of badassery to the movie’s showpieces but in its quieter moments, their soft piano numbers make an already sleepy scene an aural Ambien. 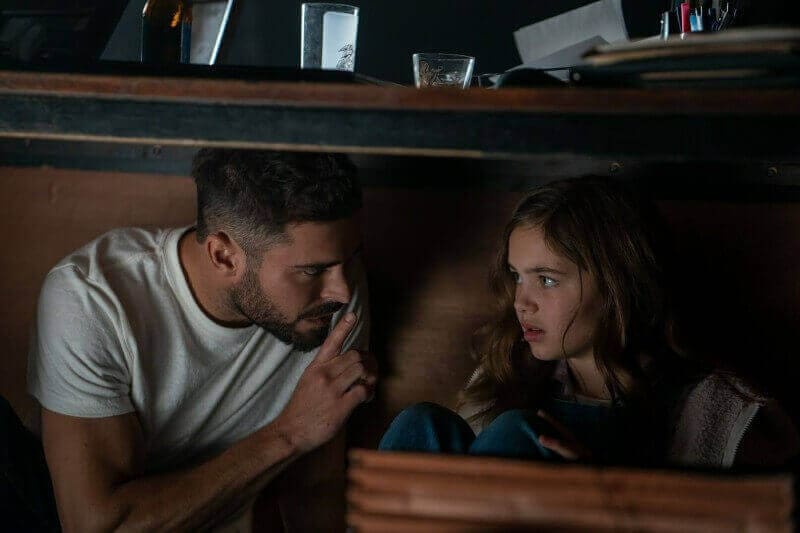 Firestarter suffers from the same franchise bloat plaguing so many tentpole studio films. In its effort to make room for potential sequels it goes through the motions of the “tried-and-true” origin story template before a confounding open-ended third act. It’s also edited within an inch of its life, reducing full conversations to 30-second information dumps. Firestarter is made with Marvel audiences in mind, which is a real shame because the movie seemed more concerned with painting its 8-year-old murder machine as a virtuous victim than an unpredictable anti-hero.

Firestarter (2022) never reaches the explosive heights of Firestarter (1984) but if I’m being perfectly honest, I’ve never been nuts about the original (and I haven’t read the book!) so maybe this just isn’t a movie for me. Firestarter (2022) does manage to separate itself from its predecessor and deliver a few moments of fiery destruction, so if you’re along for the high-concept hero’s journey of it all, you may find more to love in this than I did.

Firestarter, from Blumhouse Productions and Universal Pictures, is now playing in theatres. Be sure to let us know what you thought of Keith Thomas’ updated adaptation of this Stephen King story over on Twitter, Reddit, Facebook, and in the official Nightmare on Film Street Discord. Not a social media fan? Get more horror delivered straight to your inbox by joining the Neighbourhood Watch Newsletter. 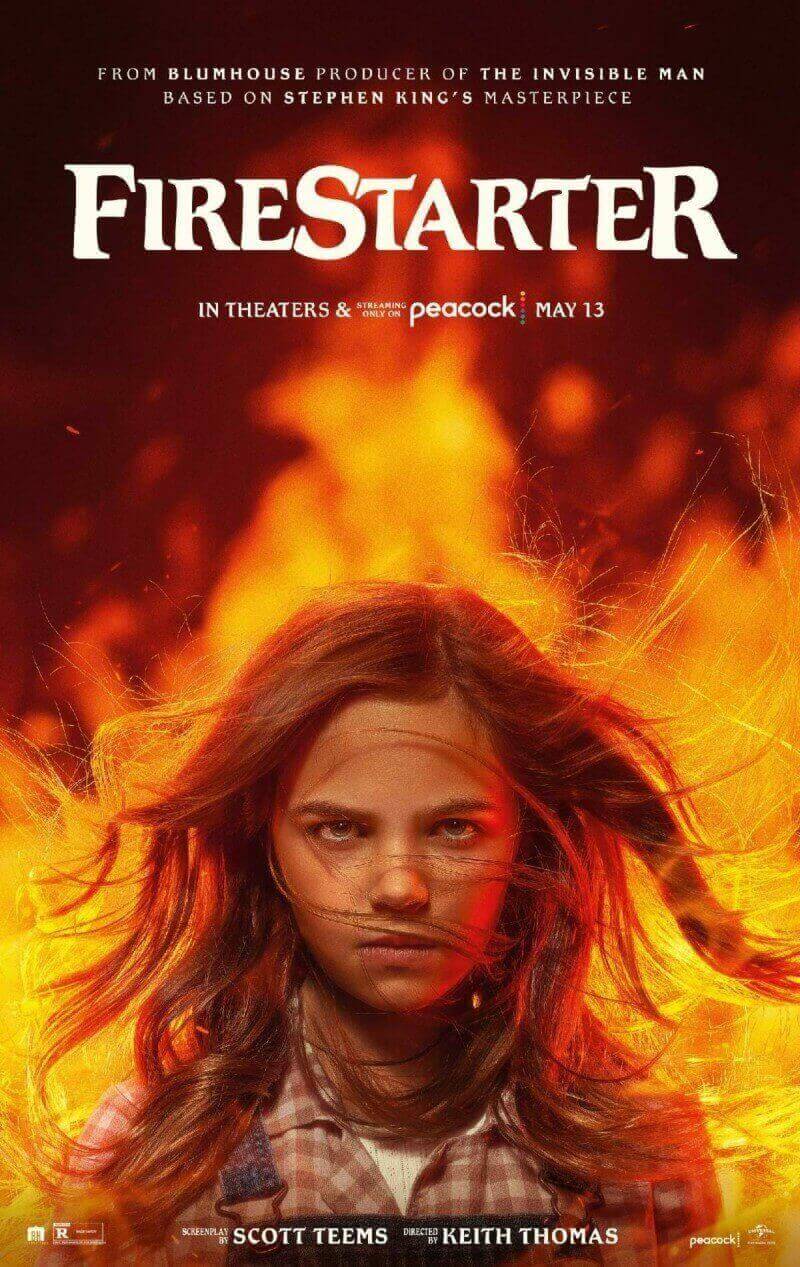 TLDR Firestarter (2022) never reaches the explosive heights of Firestarter (1984) but if I'm being perfectly honest, I've never been nuts about the original (and I haven't read the book!) so maybe this just isn't a movie for me. Firestarter (2022) does manage to separate itself from its predecessor and deliver a few moments of fiery destruction, so if you're along for the high-concept hero's journey of it all, you may find more to love in this than I did.