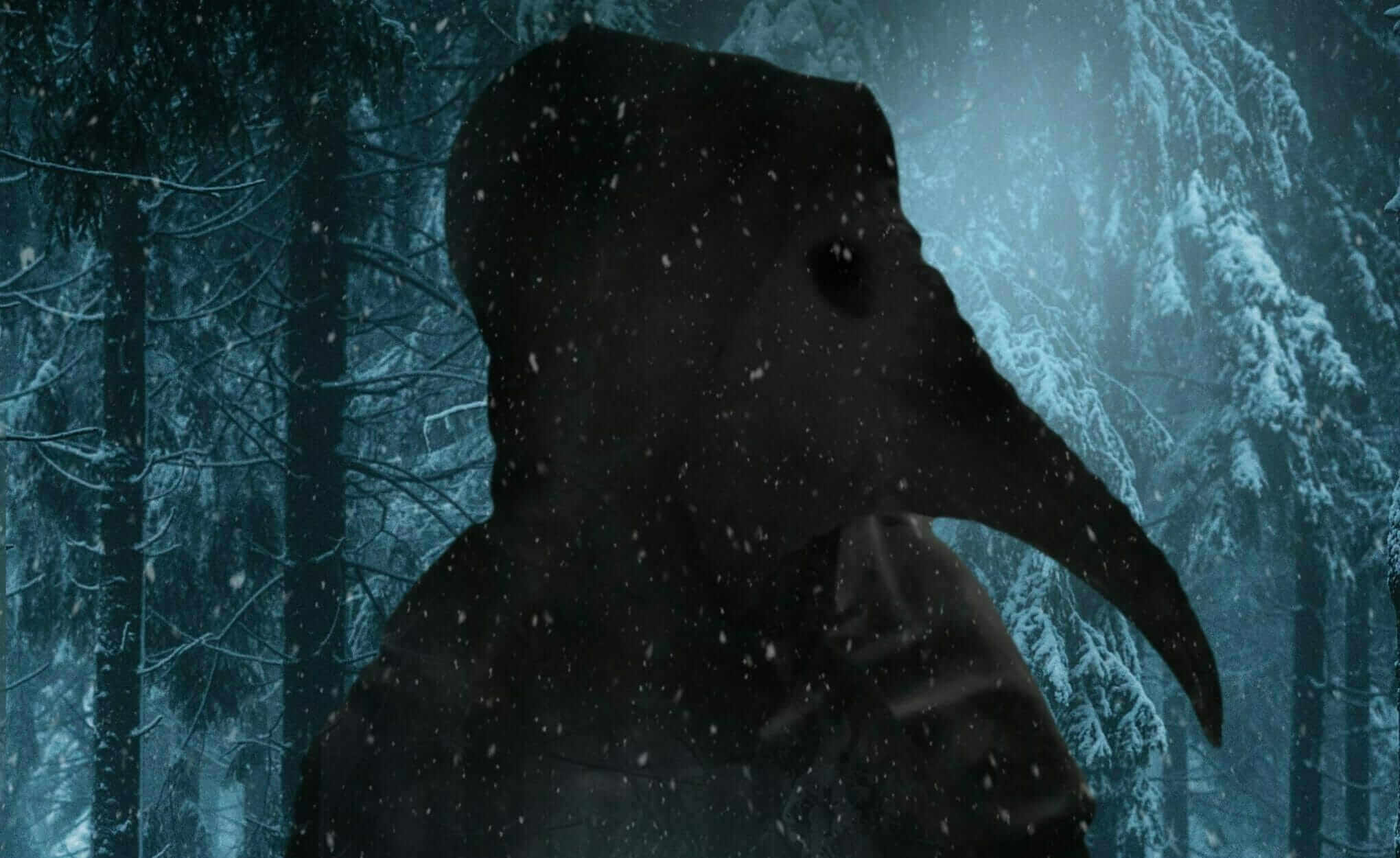 [Review] COVID Horror THE HARBINGER is A Never-Ending Creepypasta Nightmare

Andy Mitton, who shocked Fantasia attendees with his 2018 ghost story The Witch In The Window, returns to the festival with a new take on the already well-trodden COVID horror story. The Harbinger is a story that could be told without the COVID trappings but it’s a tool used to show the bond of the film’s two leads. Mitton also thinks outside the box when it comes to crafting his scares, pulling you into a nightmarish landscape that morphs and mutates like a shapeshifting escape room of life and death.

The Harbinger is set in the early days of the pandemic when we were all very much in the dark about what to do and we sanitized our groceries before they came into the house. Monique, played by Gabby Beans (House of Cards) has quarantined in her childhood home with her brother and father, who is very high risk. Because of dad’s health problems, the family has been extra careful, but Monique throws caution to the wind when she receives a distressing call for help from her old roommate Mavis (Emily Davis).

“…a nightmarish landscape that morphs and mutates like a shapeshifting escape room of life and death.”

Against her family’s protests, she travels back into the city to look after Mavis who explains that she has been suffering from nightmares unlike anything she has ever experienced. Her nightmares are so intense that she remains trapped in them for days at a time, tortured by a hideous plague-doctor-looking mother-f*cker. Before long, Monique begins to suffer from the same never-ending nightmares, with no clear sign of what is causing them or how to make them stop before they both die of fright.

Now look, I want to see another COVID horror movie as much as you want to see another COVID horror movie, but this COVID horror movie has some pretty great scares. And if the last two years have felt like a nightmare that you can’t wake from The Harbinger is going to resonate with you on a primal level. But more than that it’s also a story about the fear of being forgotten, which I gotta say is a lot darker to accept than the simple fact that we’re all going to die one day. Fingers crossed it’s peacefully in our bed and not in a never-ending nightmare plagued by a giant demon creature 🤞😬🤞 The Harbinger, as a villain, is your classic nightmarish specter of death, busting through walls and fading in from the darkness to deliver a spook or two. I love a long-nosed, black-cloaked, bird-thing monster. Have I seen it before? Sure. But paired with proper sound design, it’s a classic look that still delivers. And the world he commands is a slippery, untrustworthy one. As Mavis and Monique’s zoom demonologist (MVP of the whole movie) explains, The Harbinger shifts reality until you’re no longer sure whether you’re in a dream or the real world. He also grows stronger the more you fear him, which is always good news if you’re a horror-obsessed weirdo who wants to see creepy kids, spooky monsters, and scares that reveal more scares like a sinister set of Russain nesting dolls.


Despite the over-worked trappings of damn near every horror movie produced in the last two years The Harbinger is a scary good time. Gabby Beans, especially, shines as a character that you really want to root for. Even just the scenes between her and her family are a joy. She’s full of energy and it’s crazy effective when you see that energy being zapped from her by a monster that literally threatens to suck all proof of her existence from the world. The Harbinger feels like a movie about the deep-seated fears of an artist in the grips of a shared misery but it delivers scary sequences that will hit home for absolutely everyone. Look past the oh-so-familiar setup and you’ll find a treasure-trove of nightmare imagery.

Andy Mitton’s The Harbinger celebrated its World Premiere at the 2022 Fantasia Film Festival and is now playing in select theatres and VOD. Click HERE to follow our continued coverage of the festival and let us know what you would do if you were stuck in a never-ending nightmare over on Twitter, Reddit, Facebook, and in the official Nightmare on Film Street Discord. Heck, follow Nightmare on Film Street on TikTok for more horror movie recommendations while you’re at it.