It’s the end of the world as we know it and things don’t feel fine. And why would they in a movie like Love and Monsters? The latest slice of dystopic drama pictures the end of human civilization after global catastrophe gives way to colossal creatures, and the survivors are forced to form colonies in order to survive. As bleak as that all sounds, though, Michael Matthews’ major studio debut is strangely lighthearted — and for what it’s worth, that’s a good thing.

While it may not seem like it at the time, hardships have a silver lining. These trials and tribulations improve coping skills, develop bonds between commiserating parties, and most importantly, they prepare us for the next big, bad thing to rock our lives. Dylan O’Brien’s likable character Joel Dawson is halfway through this laundry list of things learned seven years after “Monsterpocalypse” — Earth fired a bunch of missiles at an approaching comet, but the residual chemicals from said weapons of mass destruction ended up turning all cold-blooded animals into gigantic mutants — when he suddenly decides to find the one that got away. 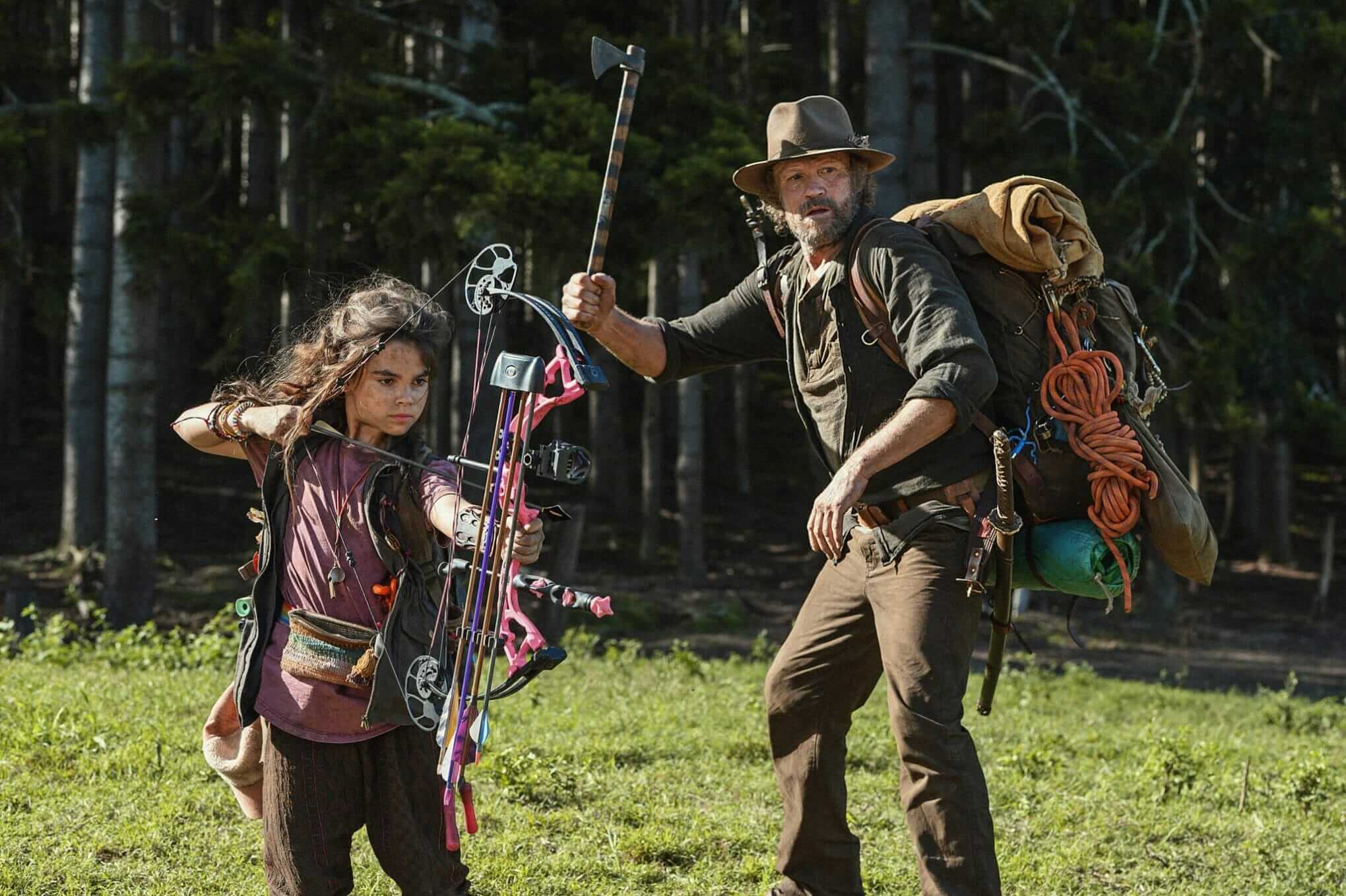 Now living in a makeshift, underground colony with a group of strangers because he lost his parents some time ago, Joel‘s grating loneliness finally becomes too much to handle; he sets out to find his high school girlfriend Aimee (Jessica Henwick) who is living at another colony almost 100 miles away. Despite being told he won’t survive the trek because he’s not cut out for the surface in this brand new world, Joel goes anyway. On his arduous journey, he not only befriends a loyal stray dog and other traveling survivors, Joel gains both experience and personal growth that will last him a lifetime.

As refreshing as it is to see a new genre movie that’s not a reboot, Love and Monsters (once titled Monster Problems) isn’t exactly original, either. The basic ideas here aren’t unique, and it doesn’t help that the lead actor headed up another series of dystopian films not too long ago. There is also a glaring lack of risk and threat — everything ends too safely considering the bad situation our characters are still stuck with — and Michael Rooker and Ariana Greenblatt are regretfully underused. Even so, what separates this movie from other similar ones is its tone. The film, while still driven by a plot that’s becoming painfully routine these days, boasts a successful marriage of humor and drama that is more genuine than not.

“It’s always weird to say a story about the end of times is heartwarming, but [Love and Monsters] is exactly that without ever coming off as syrupy or disingenuous.”

The gloomier aspects of the story — millions of human casualties, numbing isolation, heaps of personal trauma — aren’t brushed under the rug like they don’t matter. Love and Monsters acknowledges those very things as well as focuses on what keeps these characters going. For some, it’s the fundamentals like food and shelter, whereas for others, it’s just love. Joel, who’s decided to finally live and fight for the life he has now rather than mourning the one he’s lost, is a remarkable character. The movie’s overall outlook is ultimately refreshing given the times we’re living in. Additionally, O’Brien’s natural charm is put to good use here as his performance is sincere; his approach to everyman Joel will pierce hearts and crack smiles.

In an age where doomscrolling and anxiety are at an all-time high for a lot of people, fears of the world ending don’t sound so farfetched anymore. People have gotten into a habit of loudly catastrophizing inside echo chambers, and those concerns cross the threshold between reality and fiction, again and again. Love and Monsters is guilty of capitalizing on these unavoidable worries, yes, but writers Brian Duffield and Matthew Robinson do so in a way that feels less apocalyptic and more uplifting. 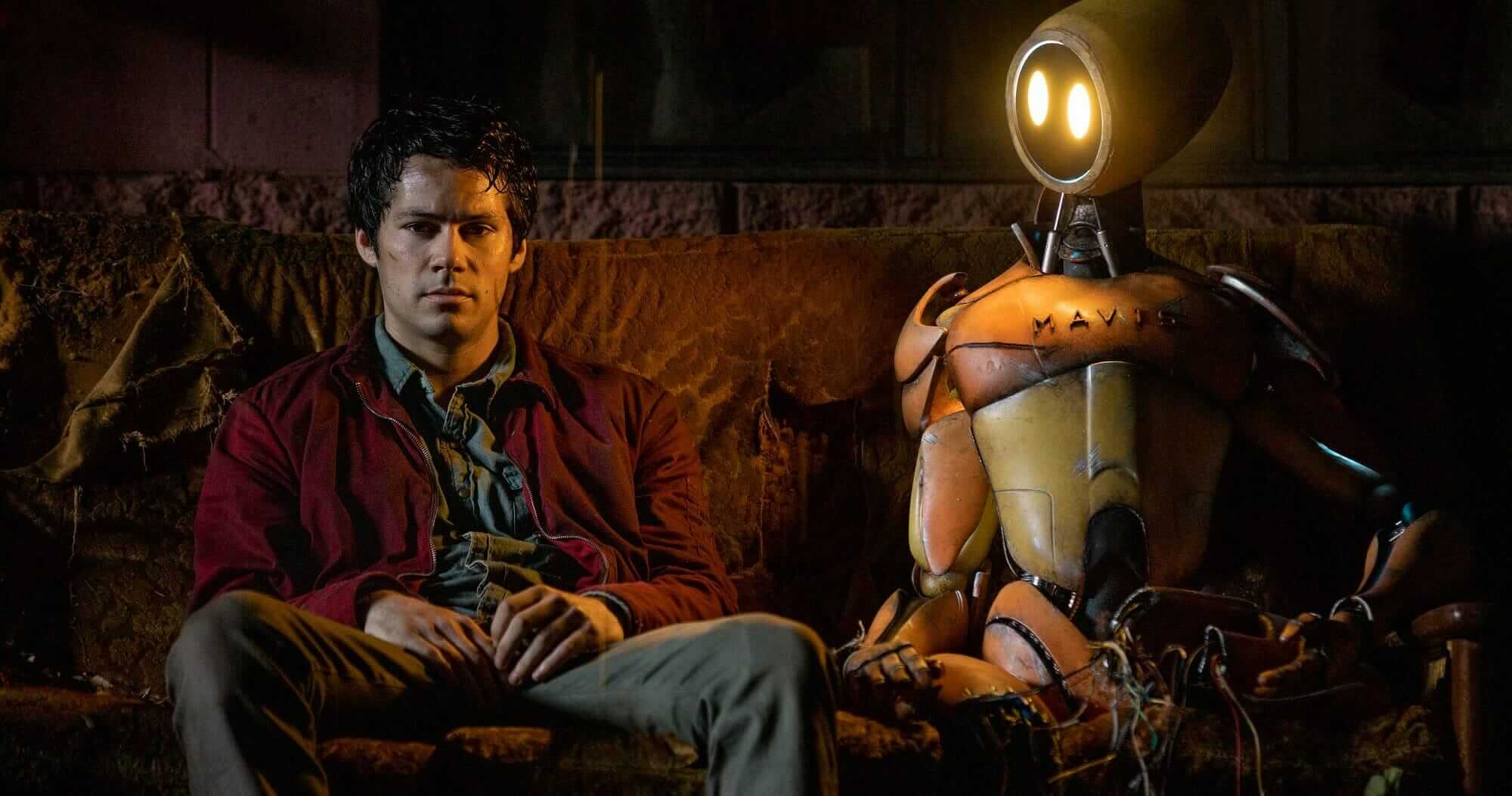 There’s so much to like here — a charismatic protagonist, a catalog of freakish creatures enlivened by top-tier visual effects, enchanting cinematography thanks to Lachlan Milne (Hunt for the Wilderpeople, Stranger Things), a lovable canine hero who steals the show — that it’s impossible to not recommend the movie to anyone looking for something low-risk yet still exciting and rewarding.

It’s always weird to say a story about the end of times is heartwarming, but Michael Matthews’ film is exactly that without ever coming off as syrupy or disingenuous. Although the future seems scary right now, the positive effect a movie like Love and Monsters has on the soul remains certain.

Love and Monsters is available for rent starting August 16. Share your thoughts on this movie with the Nightmare on Film Street community on Twitter, in our Official Subreddit, or in the Fiend Club Facebook Group!

TLDR There's so much to like here — a charismatic protagonist, a catalog of freakish creatures enlivened by top-tier visual effects, enchanting cinematography, a lovable canine hero who steals the show — that it's impossible to not recommend the movie to anyone looking for something low-risk yet still exciting and rewarding.