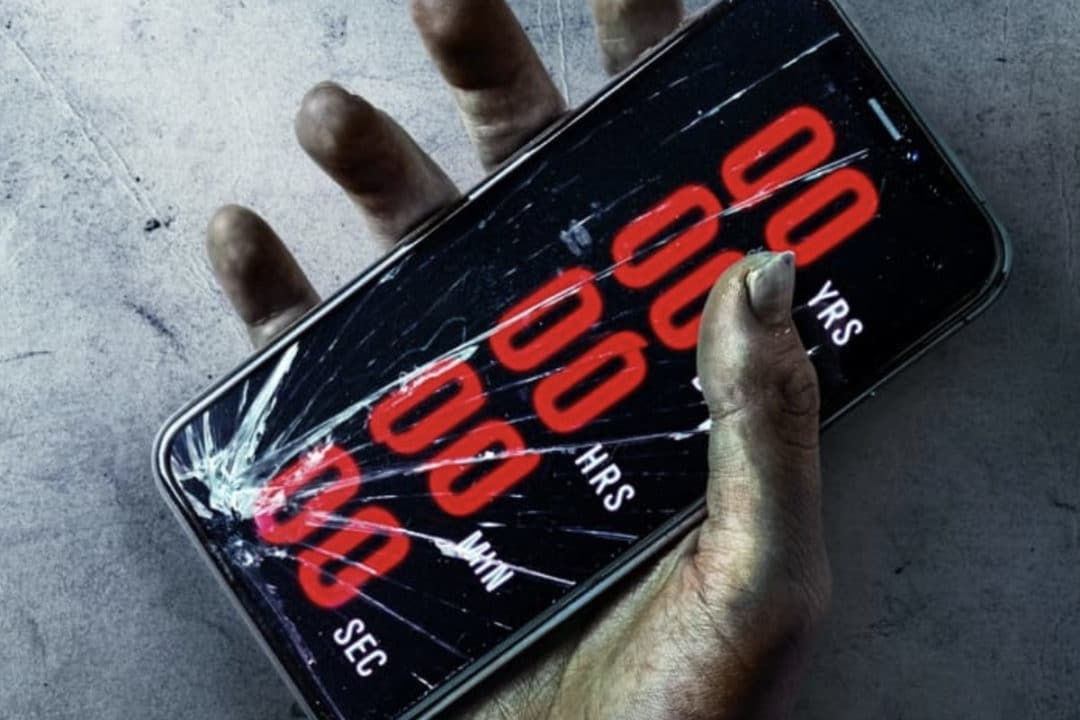 If an app could accurately tell you the exact minute you’d die, would you download it? And say that app told you that you had mere days to live… would you try to avoid fate? That is the basic premise of Countdown, a fun supernatural spookfest that thematically follows Final Destination (2000) in its plotline of tempting fate and trying to thwart death. The film leans a bit heavy on jump scares but takes an inventive approach to its central concept and leading demon. Countdown is a great debut for writer and director Justin Dec, whose first feature packs a scary punch. The film trots along briskly, sparing no time (not only because it prominently focuses on time as a plot device, but it helps).

Countdown opens with the first in a string of deaths related to those who download a death predictor app “Countdown”. An unfortunate teen, freaked out by the hours listed on her app, decides to get out of her drunk-driving boyfriend’s car. Almost immediately, she receives an alert from the app that she’s broken the agreement (aka, the long list of terms and conditions that nobody ever reads). Suddenly, she’s being pursued by a shadow figure, who stalks her into her home. After a few tense minutes thinking she’s safe, she’s lifted into the air by an unseen entity and dropped down, breaking her neck on a bathtub at the exact moment her app hits 0:00:00

“[Countdown] leans a bit heavy on jump scares but takes an inventive approach to its central concept and leading demon.”

We’re then introduced to Quinn Harris (Elizabeth Lail, You) a recent graduate and brand new RN who seems to live a relatively quiet life after the death of her mother and is now mostly estranged from her father and her younger sister Jordan (Talitha Bateman, Annabelle: Creation) who, as you can probably guess, also downloads the app. Quinn, Intrigued, downloads the app only to be shocked when the timer gives her two days left to live. Her initial response is that of a rational human – a randomly generated number in an app probably made by a man living in his mom’s basement cannot accurately predict every users time of death. It’s always nice to see horror writers make their characters smarter than the stereotypical scary movie cast that often completely ignore common sense. It helps the audience invest in the characters, which I will note felt original enough and authentic.

Frightened after seeing similar shadowy figures, Quinn begins to feel the urgency of her timeline when she is unable to delete the app. She takes her phone to a tech store where Tom Segura (Instant Family) provides some comedic relief as tech whiz Derek, who helps her with a new phone and, later, with the skills to hack into the app to translate the code (which is in Latin, no less). For some additional post-movie laughs, check out the IMDb trivia for Countdown that appears to be entirely written by Tom Segura himself.

Leaving the store, Quinn is followed out by Matt (Jordan Calloway, Riverdale) who is also trying to find out how to stop the countdown because he’s got as little time left as she does. The two instantly team up (which I found a bit plot-device-y) and are led to P. J. Byrne (Wolf of Wall Street) as the eccentric priest Father John who couldn’t be happier to unravel the curse of the app using the aforementioned Latin code and meet the demon at its center, finally putting his years of research into Christian faith and demonology to use.

As someone who watches a lot of movies about various demons I thought Countdown‘s villain was designed in a unique way, looking like the Grim Reaper while toe-ing the line between Satan and Dementor a la Harry Potter and The Prisoner of Azkaban (2004). A worthwhile adversary for the characters, he is very creepy looking, doesn’t rely on jump scares to be effective, and I appreciated that they actually fleshed out a backstory and motive for the demon instead of just having a haunted app and paranormal force without depth. I definitely recommend seeing Countdown, but if you can’t make it out to the theaters, it will make a lovely rental movie night flick as well. I found it a nice original departure from the sequelitis plaguing the box office, but I honestly feel it would have been better served as a Netflix, Hulu or Shudder exclusive because it doesn’t quite live up to a full theatrical experience- though I definitely was not counting down the seconds until it was over.

“Countdown‘s villain was designed in a unique way, looking like the Grim Reaper while toe-ing the line between Satan and Dementor a la Harry Potter“

Countdown was released on October 25th, 2019 from Wrigley Pictures and Boies/Schiller film group, distributed by STX Entertainment, and is now playing in theaters. Let us know what you thought of the film on Twitter, in the Nightmare on Film Street Subreddit, and Facebook in the Horror Movie Fiend Club. 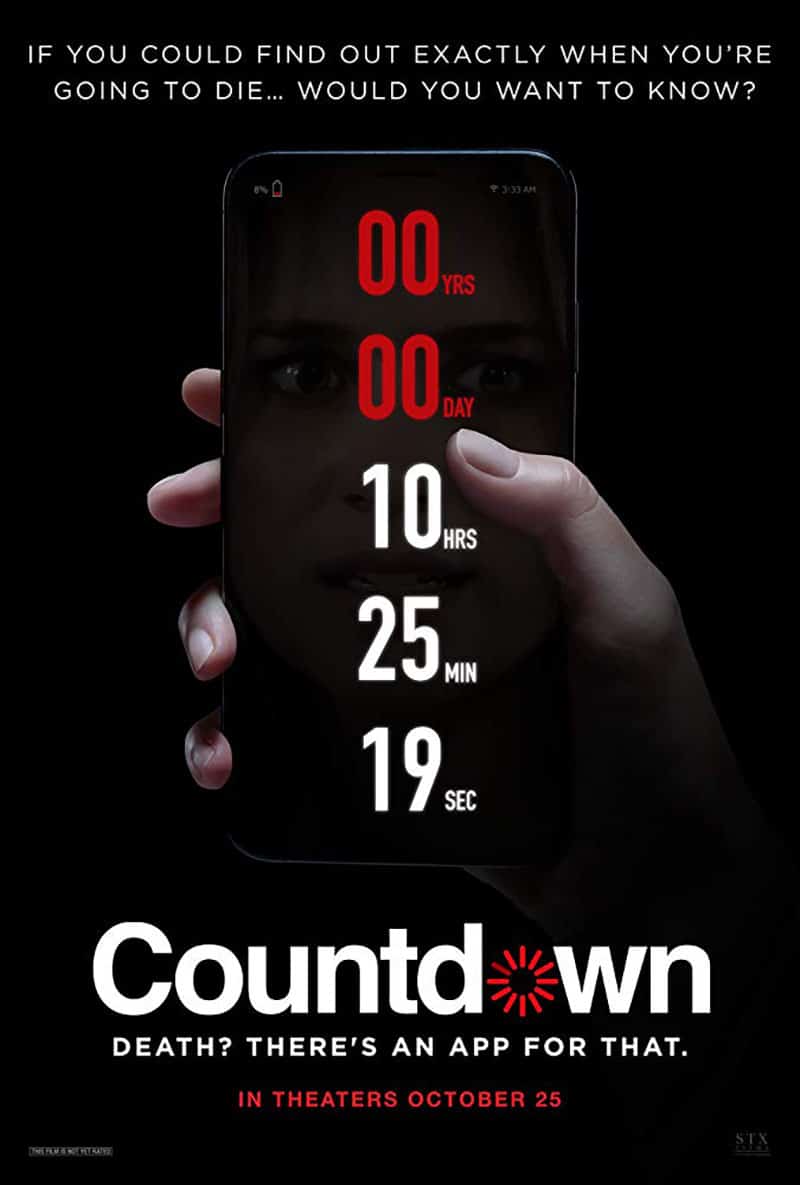 TLDR I definitely recommend seeing Countdown, but if you can't make it out to the theaters, it will make a lovely rental movie night flick as well. I found it a nice original departure from the sequelitis plaguing the box office, but I honestly feel it would have been better served as a Netflix, Hulu or Shudder exclusive because it doesn't quite live up to a full theatrical experience- though I definitely was not counting down the seconds until it was over.