Spanish cult film Arrebato (“Rapture” in English) is re-emerging from the sands of time, thanks to a new 4K restoration from Altered Innocence. The arthouse horror was written and directed by Iván Zulueta in 1979, but is only now getting a theatrical release in the United States. The film explores a love of filmmaking through its strange characters, and how that love leads to a cycle of self-destruction similar to their heroin addictions.

Low-budget horror filmmaker José Sirgado (Eusebio Poncela) is in the dumps because the production of his vampire movie is not going as planned. Upon returning home from a long day in the editing room, he finds a package waiting for him, containing an 8mm film reel, an audio cassette and an apartment key. The voice on the cassette comes from Pedro (Will More), someone José had only encountered twice, but had left a lasting impression on him. 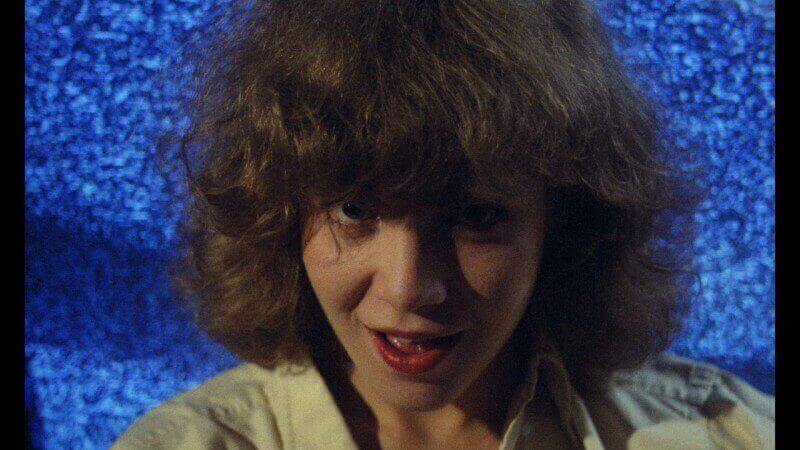 As the Pedro‘s voice whispers on the tape, we are treated to a flashback of their first encounter. José travels to the countryside with his then-girlfriend Marta (Marta Fernández Muro), to scout for locations for his first feature at Marta‘s aunt’s farm. There he meets Pedro, Marta‘s eccentric cousin, described as a 12-year old in a 27-year old’s body. Pedro also has a passion for filmmaking, though his short films consist of random shots taken around his mother’s property with his Super 8 camera in rapid succession.

Pedro has never shown his films to anyone and can’t help but weep uncontrollably when he plays them for José. Seeing the potential of his work and generally intrigued by his character, José gives Pedro a few pointers (and drugs). Pedro is inspired to bring his filmmaking to the next level, so he moves to Madrid, where he captures scenes of sex and debauchery. 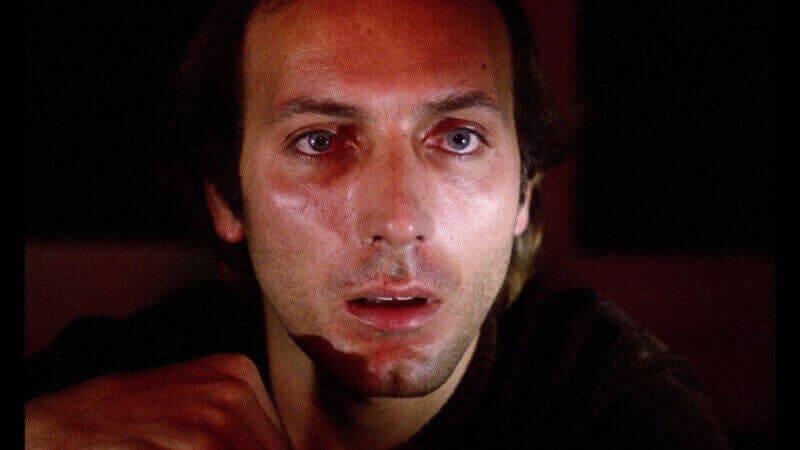 While enjoying his time in the big city, Pedro develops his film and realizes that his camera has been turning on in the middle of the night and has been filming him as he sleeps. What’s stranger is the presence of a single red frame in the film. Pedro becomes obsessed with finding the origin of the anomaly, so he continues to allow his camera to film him in his sleep and asks his friends to watch over him as he sleeps. He then mails all his reels José, knowing that José would want to know about the red frame as well.

As I watched Arrebato, I pondered on what makes a film a cult classic? What drives fans to hold onto an almost forgotten movie decades after its release? And what makes Arrebato so special that it needed to be resurrected for a new audience? Is it Pedro‘s bizarre personality and his weird fixation with Silly Putty? Is it the film’s portrayal of sex, drug addiction and homoeroticism, themes that might have been taboo back in the day? Is it the unusual score, whose main theme sounds like a machine humming and then sputtering to a stop? Or is it the big payoff of the film’s conclusion, having had no idea where the story is going?

“Zulueta did not shy away from sex and drugs in Arrebato.”

I think a new audience would appreciate the use of analog technology of yesteryear, a time when film had to be mounted onto a projector in order to be watched or the fact that you had to wait a week for your film to be developed. As mentioned above, parallels can be drawn between José and his girlfriend’s heroin addiction and Pedro‘s obsession with film. Pedro has the appearance of an addict, rushing into the shop for a new roll of film every day, his eyes sunken, his skin pale and his demeanor jittery, just hoping to get one more fix. It’s as if the camera itself is a character that is draining the life out of Pedro in a vampiric fashion.

Zulueta did not shy away from sex and drugs in Arrebato. While so many movies imply these things without showing, Zulueta instead zooms in on a needle puncturing a vein or on a penis becoming erect, leaving very little to the imagination. Zulueta himself struggled with heroin addiction, and shows all the stages in Arrebato, from his characters experiencing their first hit, to the claims of being able to quit whenever they want, to years later when they’re falling apart because they haven’t had a hit in three days. 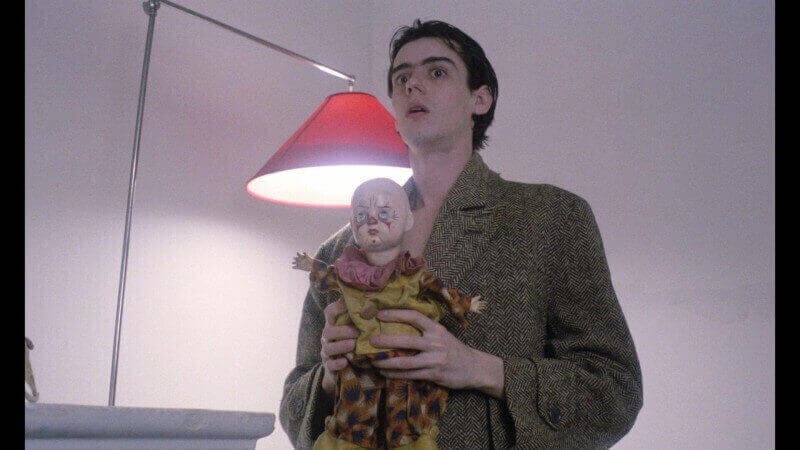 Arrebato is only one of two feature-length films Zulueta made before his passing in 2009. It’s a snapshot of a specific time and place that will never be able to be recreated. The first viewing requires some patience due to the film’s dullness and slow pace, not unlike other cult classics that are upheld as masterpieces today. Similarly, each subsequent viewing becomes more and more rewarding.

Arrebato is available on VOD in North America on December 21st, followed by a DVD and Blu-Ray release on January 25th. Let us know what you thouht of this resurrected cult film over on Twitter, Reddit, Facebook, and in the official Nightmare on Film Street Discord. Not a social media fan? Get more horror delivered straight to your inbox by joining the Neighbourhood Watch Newsletter.

TLDR Arrebato is a snapshot of a specific time and place that will never be able to be recreated. The first viewing requires some patience due to the film's dullness and slow pace, not unlike other cult classics that are upheld as masterpieces today. Similarly, each subsequent viewing becomes more and more rewarding.