[Review] WEREWOLF is A Tense Thriller About WWII Survivors In Peril

Adrian Panek’s Werewolf accomplishes a feat that’s surely difficult to pull off: for the duration of its runtime it feels decidedly open yet absolutely claustrophobic. A harrowing thriller performed by a cast of mostly unprofessional child actors, it’s a complex and sometimes shocking film that feels like WWII-era Lord of the Flies procreated with The Grey and it produced some hybrid variant of Assault on Precinct 13. It’s altogether an excellent, if not tense, watch.

Beginning in Southern Poland’s real-world historical Gross-Rosen complex of forced labor camps, we learn very quickly that it’s a violent and hideous place. We’re entering the later stages of the war, where Nazis on the verge of losing the war are exercising every last ounce of potential maliciousness on their Jewish captives. Notably, they’re fond of the use of their violent German Shepherds, trained to attack prisoners on command. It’s ugly, hard to watch, and essential to understand. When the camp is liberated by the Soviets, the film follows eight surviving children as they’re set free to live in an aging mansion overseen by Jadwiga (Danuta Stenka). That’s all fine and good, one might think, except they find soon that the mansion is devoid of food and electricity–hardly a paradise, and it causes strong early tension among the liberated. And that’s before they start to find savagely ripped apart corpses.

Jadwiga is found deceased, leaving the children in the effective care of the oldest survivor, Hanka (a charismatic Sonia Mietielica). Wladek (Kamil Polnisiak in a clever and complex performance) is a surefire survivor at heart with a complex relationship to the rest, and Hanys (Nicolas Przygoda), called ‘Kraut’ and ostracized by the others, fight for her romantic attention. Further trouble comes to the mansion when a passing Russian soldier attempts to rape Hanka before Wladek violently intervenes. Elsewhere in the area is a lone surviving Nazi holed up in a derelict bunker, and we discover that the camp’s German Shepherds have been set free. Starving, they’ve been roaming the woods, the cause of the slew of violent deaths that have littered the grounds.

The film is altogether a strong and suspenseful one, anchored by incredibly nuanced performances from its child actors. The script as a whole also boasts strong tension, using the cadre of rogue German Shepherds as a constant point of tension: the children move, danger. They don’t, danger. It’s a perpetual stream of drama that drives betrayals, danger, and a thoroughly satisfying conclusion. Both Polnisiak and Przygoda boast strong, well-developed characters (though admittedly Przygoda’s Hanys is given a clearer arc with more to do), and Hanka has a strong arc overall, anchored by a fine performance from Mietielica.

“…great tension, some truly interesting character arcs, and an ending that is well set up and, frankly, badass as hell.”

Where the film falters is in the setup for the third act until its final conclusion. While the conclusion is satisfying (some might say positively badass), certain plot threads seem rushed (especially a betrayal by one of our central protagonists) while others lose narrative focus (e.g. the integration of the Nazi fugitive towards the end), and some characters seem shelved in important moments towards the end–Hanka asleep outside the compound, Wladek on a loooong walk in a pivotal moment–that suggest the writers didn’t know quite what to do with them in those moments. The film boasts a strong setup, thoroughly great second act, and satisfying conclusion, but the narrative threads fray heavily in these connective moments.

Still, there are enough moments of tension and excellent plotting for Werewolf to by-and-large land. Its drama is greatly aided by the work of Cinematographer Dominik Danilczyk. The mansion looks both hopeful and decrepit. The woods are beautiful, truly haunting, and yet overwhelming and full of terror. Some of the characters’ most desperate and complicated turns make sense in this context–the forest breeds madness and desperation, and with it… the survivors’ deeper selves are revealed.

Altogether, Werewolf is certainly a good and tense watch. It has moments of great tension, some truly interesting character arcs, and an ending that is well set up and, frankly, badass as hell. At the same time, some pivotal moments fail to land, plot threads untangle, and characters become seemingly shelved as though the writers couldn’t quite fit them in. Its a good, if imperfect, film… and one certainly worth the viewer’s time.  If you’ve ever wished Assualt on Precinct 13 had Lord of the Flies vibes, and perhaps you should, this is your film.

Adrian Panek’s Werewolf is available on Blu-Ray, DVD, and Digital now! Let us know what you thought of this tense WWII thriller over on Twitter, Reddit, Facebook, and in the official Nightmare on Film Street Discord. Not a social media fan? Get more horror delivered straight to your inbox by joining the Neighbourhood Watch Newsletter. 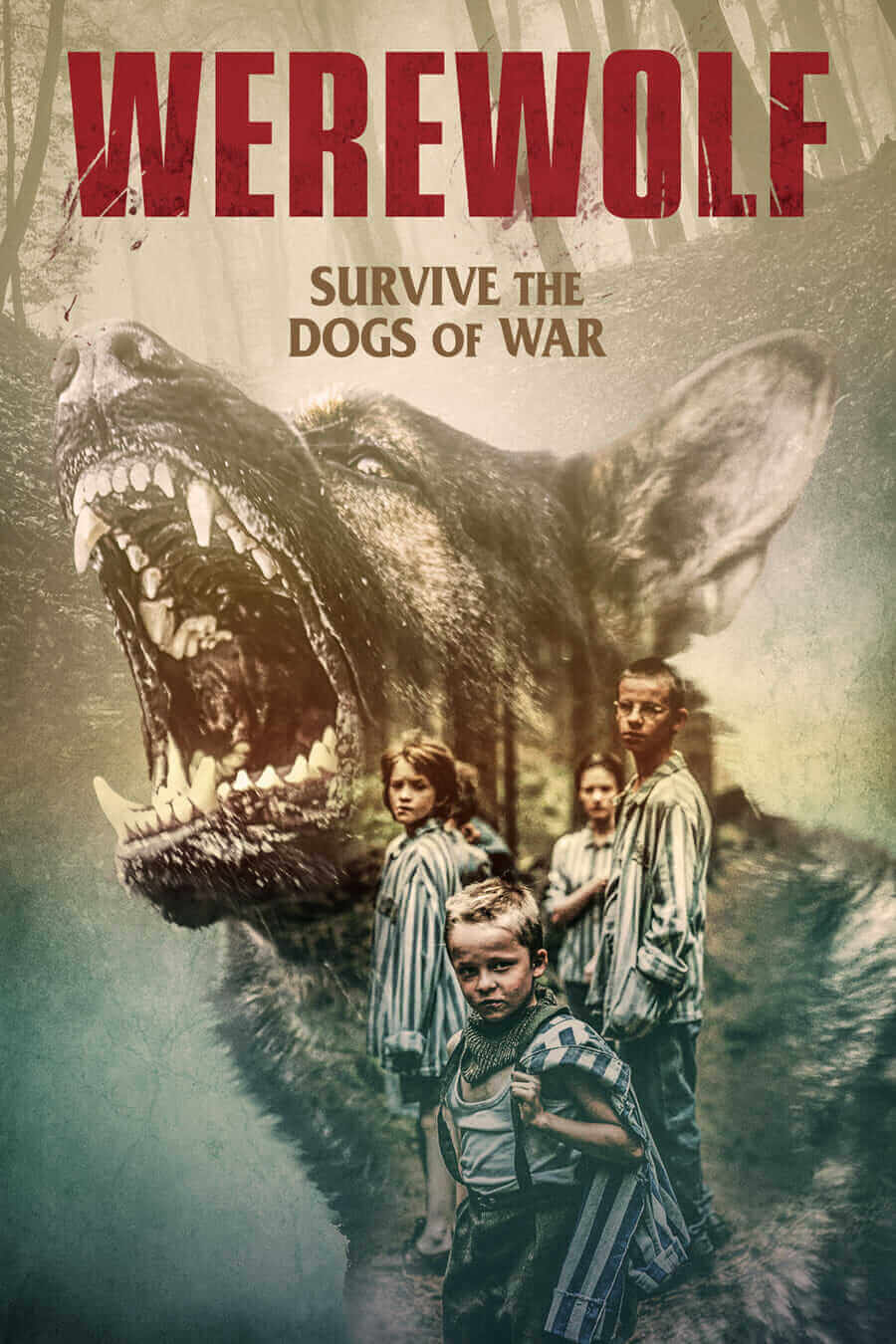 TLDR Altogether, Werewolf is certainly a good and tense watch. It has moments of great tension, some truly interesting character arcs, and an ending that is well set up and, frankly, badass as hell. At the same time, some pivotal moments fail to land, plot threads untangle, and characters become seemingly shelved as though the writers couldn’t quite fit them in. Its a good, if imperfect, film… and one certainly worth the viewer’s time.  If you’ve ever wished Assualt on Precinct 13 had Lord of the Flies vibes, and perhaps you should, this is your film.