If you’re currently questioning your day-to-day reality, Rodney Ascher’s brain-scrambling documentary A Glitch In The Matrix will either be your best friend or your worst enemy. Simulation Theory (or the simulation hypothesis) is, by definition, “the proposal that all of reality, including the Earth and the rest of the universe, could in fact be an artificial simulation, such as a computer simulation” or video game. To other simplify things, pretend everything you saw in Wachowski’s The Matrix (1999) was literal fact. There is a world that exists outside this world that is the real world, and the world you are currently experiencing is a very detailed, very convincing fabrication. That sounds like an easy idea to shoot down but as A Glitch In The Matrix proves, the more you consider the simulation hypothesis the harder it is to reject it entirely.

Although the belief has had a boom in the last 20 years, simulation theory is by no means a new concept. The documentary uses a 1977 speech from science-fiction author Philp K. Dick (Total Recall, Man In The High Castle) but also draws some pretty surprising parallels between the simulation hypothesis and Plato’s allegory of the cave. More concerned with the people who believe than the framework of the theory itself, A Glitch In The Matrix features interviews with skeptics, ardent believers, and people who have unplugged and come out the other end of the ethernet cable defragged and irreparably damaged. All of the interviews, with the exception of one, were conducted digitally and some of the interviewees even appear as fully animated avatars interacting with the “real world” environment inside the window of the Skype call. That delightful little detail is reserved for “eyewitnesses” who have first-hand accounts of glitches or patterns in the simulation. The “experts” appear on camera as they do in real life.

“…the more you consider the simulation hypothesis the harder it is to reject it entirely.”

Rodney Ascher really is the perfect filmmaker to tackle simulation theory because in some small way his films have always had a focus on how people internalize shared experiences differently. His documentary feature The Nightmare (2015) dramatized the shadow people reported by sleep paralysis sufferers the world over, and his documentary short Primal Screen (2017) highlighted a generation’s fear of the tv trailer for Richard Attenborough’s Magic (1978). Horror fans will no doubt remember Ascher’s Room 237 (2012), the documentary that dove deep into the hidden meanings of Stanley Kubrick’s The Shining (1980). The entire horror community (myself included) drooled over every eyebrow-raising detail but the most important takeaway from all those fan theories was that everybody sees something different when they watch a movie. We all see the same images and hear the same sounds, but we internalized the meaning of the story in our own personal way. The TLDR of all this is that art is subjective but A Glitch In The Matrix goes one step further, suggesting that reality too is just as subjective.

My personal interest in the simulation hypothesis stems from a larger curiosity I have about how untrustworthy we all are about the world around us. Flat Earthers think we are being lied to. Qanon supporters think we’re being lied to. Ufologists think we’re being lied to. All throughout history, but more specifically in the last 80 years, people have found reason to believe that someone or something is pulling levers behind an emerald-colored curtain. I’ve always had a sneaking suspicion that the increased importance of media (and celebrity) in our lives has been a large factor in our collective detachment but I’m no Oxford Philosopher. Which is totally fine because Oxford philosopher Nick Bostrom presents a surprisingly sound argument for the correspondence between our technological advancements and artificially-intelligent design. 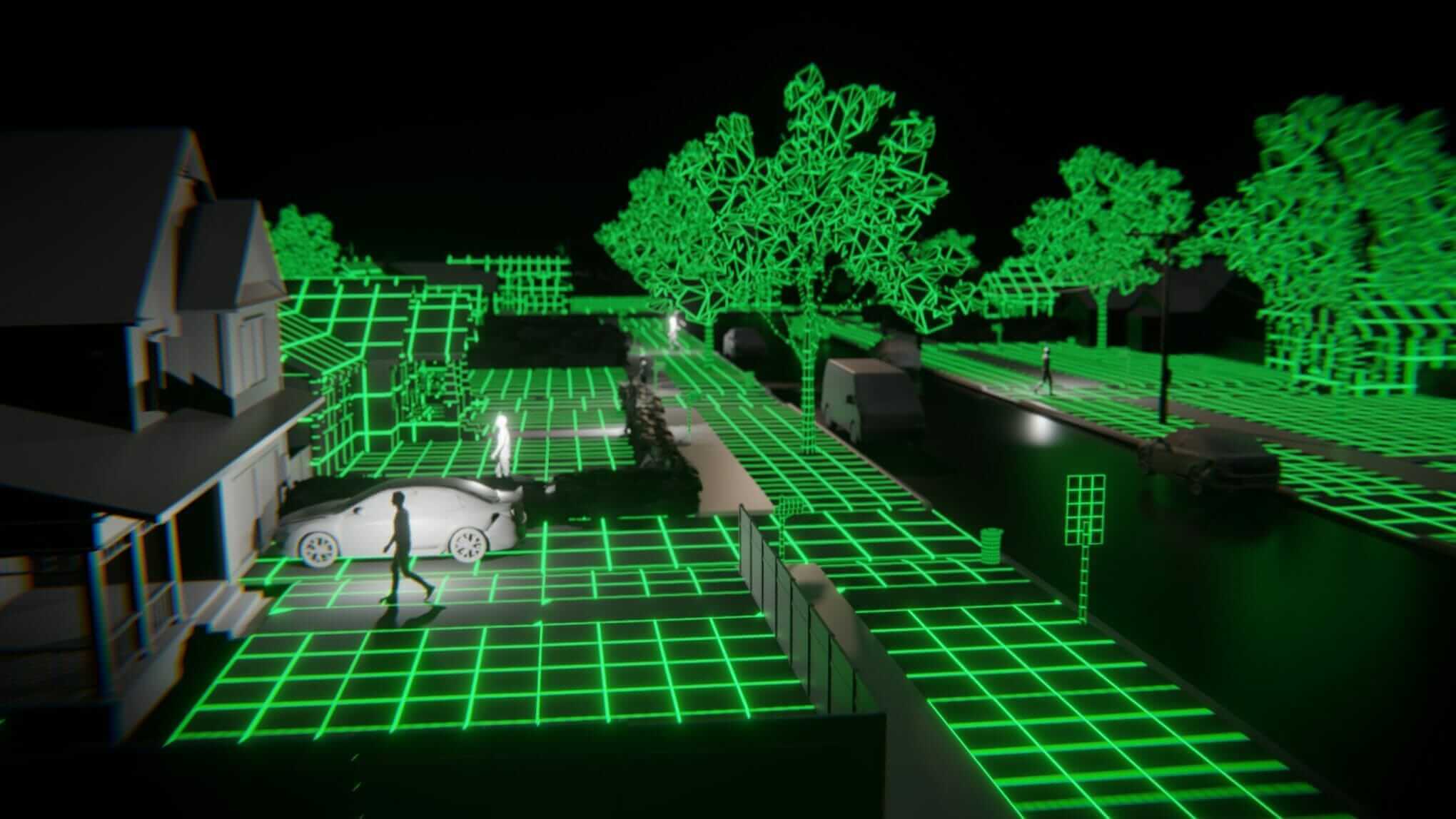 Similar to the Fermi paradox’s explanation for extraterrestrial life, Bostrom outlines 3 propositions for the Simulation Argument: 1) Most civilizations that have reached our current stage of technological advancement go extinct before creating a simulation; 2) All civilizations that have reached the technology maturity to create simulations lose interest and abandon that technology; 3) We are almost certainly in a computer simulation. Almost certainly because the odds that we live in a world with the capability to create simulations and are not living in that very simulation are so great that not even Las Vegas would take the bet. And taking those three possibilities into consideration, one of the most compelling arguments for the simulation hypothesis is our interest in that technology, whether or not it already exists.

I can’t imagine a world where we have the power to create that technology and not use it, and A Glitch In The Matrix lays out some pretty eye-opening examples of humankind’s desire to fabricate realities. Social media alone has become such an immersive alternate reality that we have to actively fight against the desire to buy into it at all times. ‘Shaping our narrative” is a term that would have sounded sinister in the 1970s but it’s part of our everyday vernacular now. A lot of this sounds like harmless fun but it echoes a lot of the same arguments I heard at church growing up. Without religion, they argued, we would have absolute anarchy because there wouldn’t be any consequences for our actions, and we’re having the exact same argument again in regard to the simulation hypothesis. As our technology advances and we find more answers about the creation and purpose of the universe, we simultaneously create a new vocabulary for describing The Unknown. The simulation hypothesis, as it’s explored in the film, might just be our newest religion. 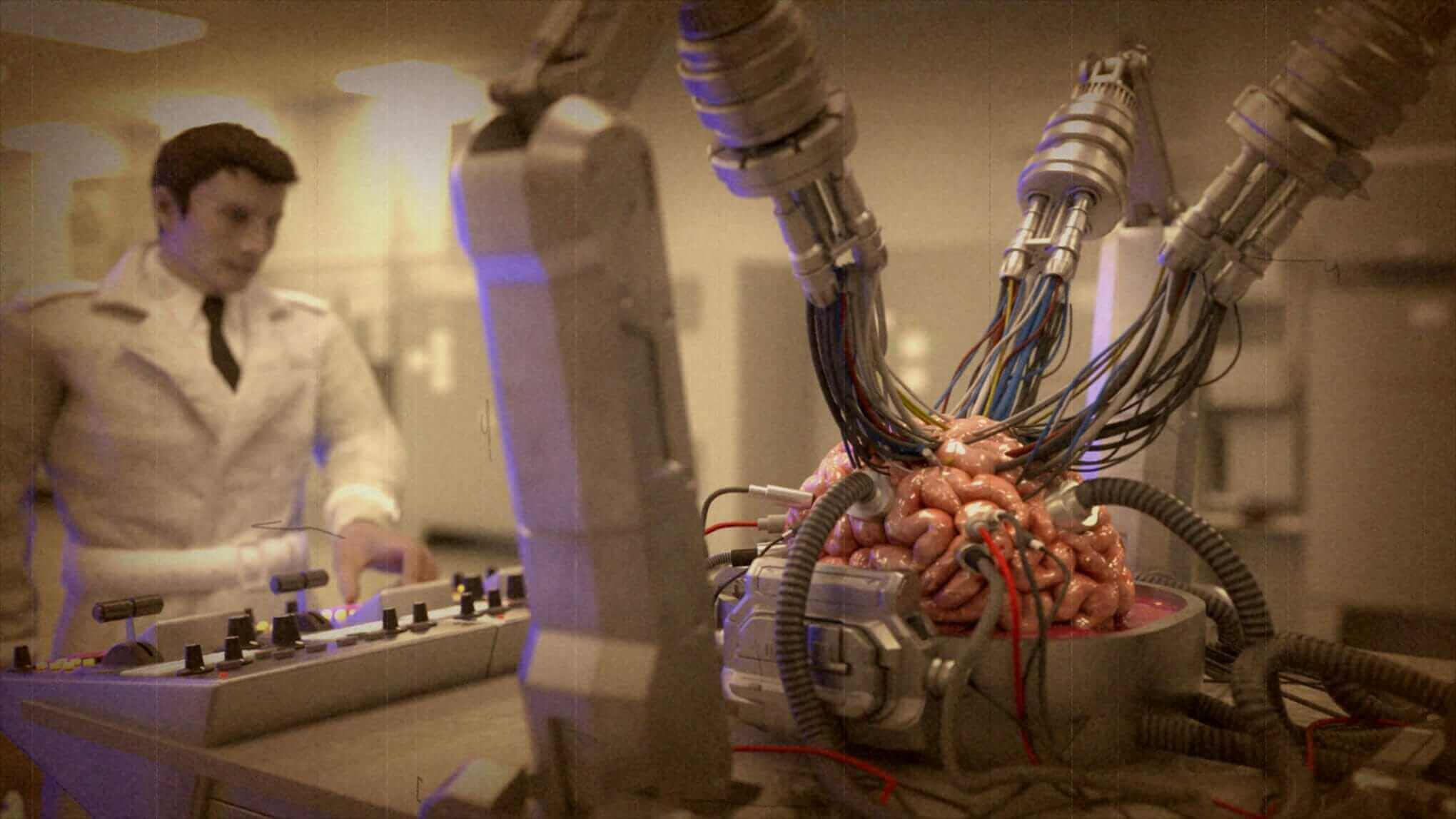 What I didn’t expect was how receptive I would be to the hypothesis. I wasn’t entirely dismissive of it but I am finding it harder and harder to shake the possibility that we aren’t all here as pixelated guinea pigs for a society hoping to learn from or live vicariously through. And maybe this is me reaching for the blue pill but given how bad things can get in here, I don’t know if I ever want to find out what it’s like out there.

A Glitch in The Matrix is as sobering as it is mind-altering. It’s a documentary that plays just as well on Sunday afternoon with a strong cup of coffee as it does late at night with a big bag of weed. Any documentary about simulation theory is bound to spark discussion but Ascher’s focus on these individual people’s experiences and how he presents those stories through a digital filter is fascinating. And not every one of those stories are funny, eye-roll worthy accounts of over-analyzed coincidences or radical conclusion jumping. There is genuine, heartbreaking tragedy on the dark side of the digital rainbow and A Glitch In The Matrix is not afraid to take you there.

“A Glitch in The Matrix is as sobering as it is mind-altering.”

Rodney Ascher’s A Glitch In The Matrix celebrated its World Premiere at the 2021 Sundance Film Festival and will be available in select theatres and on-demand February 5, 2021. Click HERE to follow our full coverage of the festival and be sure to let us know if you’ve witnessed your own glitches in the matrix over on Twitter, Reddit, Facebook, and in the official Nightmare on Film Street Discord. Not a social media fan? Get more horror delivered straight to your inbox by joining the Neighbourhood Watch Newsletter. TLDR A Glitch in The Matrix is as sobering as it is mind-altering. It's a documentary that plays just as well on Sunday afternoon with a strong cup of coffee as it does late at night with a big bag of weed. Any documentary about simulation theory is bound to spark discussion but Ascher's focus on these individual people's experiences and how he presents those stories through a digital filter is fascinating. And not every one of those stories are funny, eye-roll worthy accounts of over-analyzed coincidences or radical conclusion jumping. There is genuine, heartbreaking tragedy on the dark side of the digital rainbow and A Glitch In The Matrix is not afraid to take you there.