Like a MumbleGore re-imagining of John Carpenter’s The Thing set in the remote forest regions of South Africa, Gaia hints at a world on the brink of destruction. Life as we know it will cease to exist if the “monster” at the center of this psychedelic, dream-logic flick makes it’s way to the mainland which, to be fair, is at the heart of all ecological horrors. Yes, giant ants or killer plants may be one fragile incident away from spreading like wildfire across the globe but it’s nothing new. The world was fine without humans and, as a species, we’ve done nothing but accelerate our destructive ways over the centuries. We killed the world we were born into and the world has finally had enough, warns Eco-Horrors like Gaia.

Celebrating its World Premiere at the 2021 SXSW Film Festival, Jaco Bouwer’s Gaia stars Monique Rockman (Nommer 37), Carel Nel (Young Ones), Alex van Dyk (Die Stropers), and Anthony Oseyemi (Mordene i Kongo). The film also boasts some surprisingly eerie mushroom spore monsters that look like a Last of Us “clicker zombie” come to life inside a fever dream from Bryan Fuller’s Hannibal universe. Y’all remember that episode where the serial killer turned people into mushroom gardens, right? Just imagine if those creepy corpses got up and started chasing you through the woods at night… 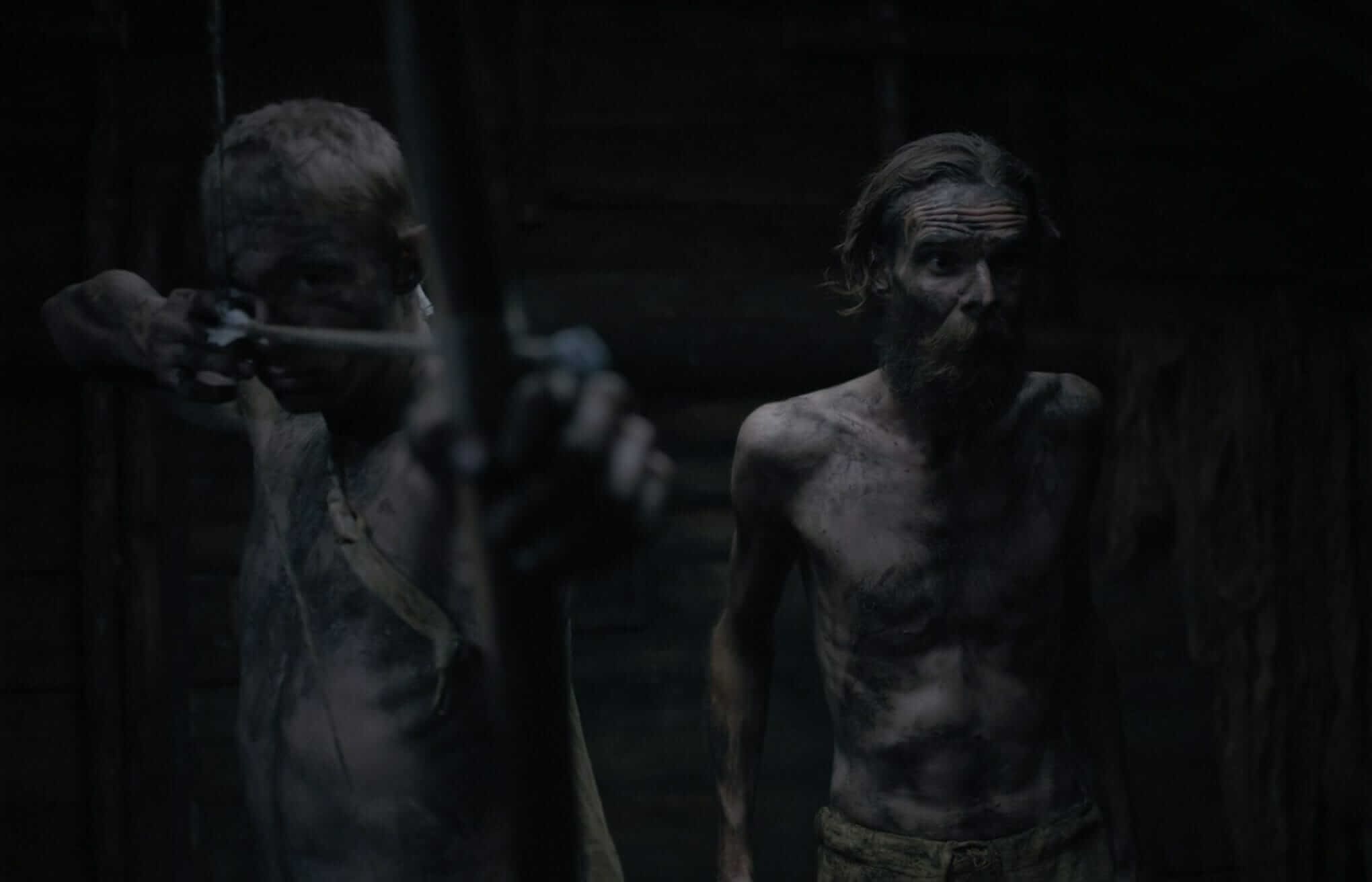 In the remote forests of South Africa, park rangers Gabi (Rockman) and Winston (Oseyemi) stumble upon father and son Barend & Stefan (Nel and Dyk, respectively) hiding away from civilization. After getting lost in the winding woods and separated from her partner, Gabi is wounded by one of Barend & Stefan’s traps and forced to re-coup with the mysterious duo. Winston isn’t so lucky and while limping through the forest in search for her distressed partner, Gabi comes face-to-face with a horrific nightmare threatening to consume the entire world.

Mankind has no shortage of mass destruction stories. We’ve told each other tales of floods and plagues and sunken cities for centuries but on top of those we’ve also had volcanos erase entire civilizations, an ice age that we barely survived, and an asteroid that wiped out the dinosaurs. In more recent years we’ve debated the likelihood of alien life and our own survival with the Fermi Paradox and the Simulation Theory, all while Climate Change marches full steam ahead in the background. Those familiar stories all concern themselves with “Acts of God” but the God in Gaia is older than anything we’ve ever known and it’s tired of idly standing by as humans carelessly destroy a fragile but powerful ecosystem. Gaia wastes no time in bringing you its haunting imagery, kicking into weird-gear as soon as night falls in the freaky forest. Red floodlights beyond the treeline and a dread-inducing score rise to a crescendo of creepiness before the real monsters even show up. And oh boy do they show up! I don’t quite know how to describe the face I made multiple times during this movie but it’s a face that says “this moment is going to live rent-free in my mind for a while, isn’t it?”. My eyebrows furrowed, my teeth clenched and my chin tried to bury itself inside my neck. Those creepy mushroom mother*****s sent chills through me every time they jumped up onscreen, not to mention some body-horror-adjacent nightmare sequences that left me wide-eyed and terrified of plant life forever. There were maybe 11 nightmare sequences too many, but the first dozen are guaranteed to send shivers through you.

Sadly, I found the characters puzzling and their decision-making threw a lot of wrenches into the second half of this film for me. Gabi especially spends a big chunk of the movie flip-flopping between escaping the encampment and staying to either protect Stefan or learn more about Berand‘s God/God complex. The rules of Gaia‘s world aren’t as straightforward as your garden variety eco-horror but they aren’t impossible to follow. The logic is a little skewed but if you can lock into its rhythms it has an interesting story to tell. The film also plays with its aspect ratio in a really unique way (a playful little technique that has been popping up all over the 2021 festival circuit) as though the tv screen itself is a pupil, dilating in time with Gaia‘s trippiest sequences.

“…even though [Gaia] may be a little frustrating to think about, it is always a delight to feast your eyes on its topsy-turvy visual language. “

Cinematography is easily one of this movie’s strongest suits so even though it may be a little frustrating to think about, it is always a delight to feast your eyes on its topsy-turvy visual language. Eco-Horror has come a long way from Piranha and Humanoids From The Deep, but this new era of the subgenre we’re currently in is quite possibly more telling about the scope of the doom that looms large over us all.

Jaco Bouwer’s Gaia celebrated its World Premiere at the 2021 SXSW Film Festival and will be available in Theatres, On Demand, and Digital April 16th. Click HERE to follow our full coverage of the festival and be sure to let us know what you thoughts of the South African Eco-Horror over on Twitter, Reddit, Facebook, and in the official Nightmare on Film Street Discord. Not a social media fan? Get more horror delivered straight to your inbox by joining the Neighbourhood Watch Newsletter.