As Violation premiered at TIFF 2020 and Sundance 2021, co-directors Dusty Mancinelli and Madeleine Sims-Fewer revealed the inspiration for their debut feature. The duo joins the ranks of other new filmmakers and storytellers who are waging to make the horror genre a safer space for victims. They translate their own traumas for the screen and express themselves in ways they might not have been able to, otherwise. It’s unlikely everyone will walk away from the movie with unanimous applause or jeers, but they can agree that distinct coalescence of personal anguish, rage, and relief is entirely resolute.

Miriam (Simms-Fewer) and her husband Caleb (Obi Abili) visit her hometown, as well as her sister Greta (Anna Maguire) and brother-in-law Dylan (Jesse LaVercombe). The reunion stirs up bitter memories for Miriam, and the source of her unanswered pain becomes clearer with every second she’s around her family. Amidst a rocky marriage and strained sisterhood lies Miriam‘s most urgent grievance: she has to see her rapist again. 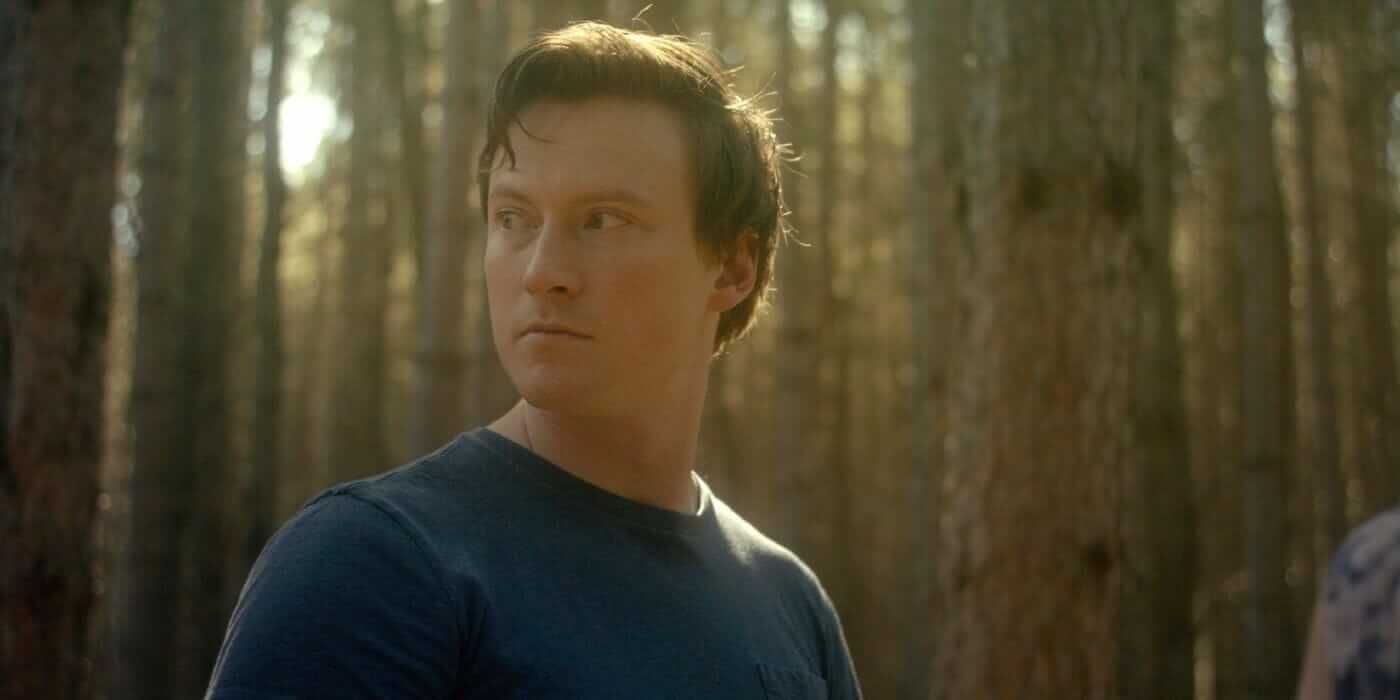 A discordant and tousled narrative reflects the victim’s state of mind when still caught up in the lingering effects of her assault. This format is emphasized by a host of paralleling, thematic imagery like a wolf feeding on a rabbit. Adam Crosby’s cinematography is compelling. His attractive vistas have as much power over the audience as an astute color palette conveying all the necessary emotional beats. A jittery camera also provides immersion and nervousness. Opulent, rhythmic scenery fills in the blanks when Miriam herself isn’t always so transparent.

Being co-directed and co-written by survivors, the movie doesn’t necessarily follow in the footsteps of other entries in this divisive subgenre of revenge thrillers. There is no gratuitous female nudity or an eroticized assault made with the male gaze in mind. Simms-Fewer and Mancinelli have the male rapist be fully naked instead. The camera is visually selective and sensitive when filming the attack so only Miriam‘s emotional and physical reactions are recorded, up close and personal. Meanwhile, LaVercombe’s bare and fully aroused body throughout the movie will take viewers aback. It may add a touch of realism, but it doesn’t exactly break new ground, either. The directors have essentially flipped a trope rather than undoing it. 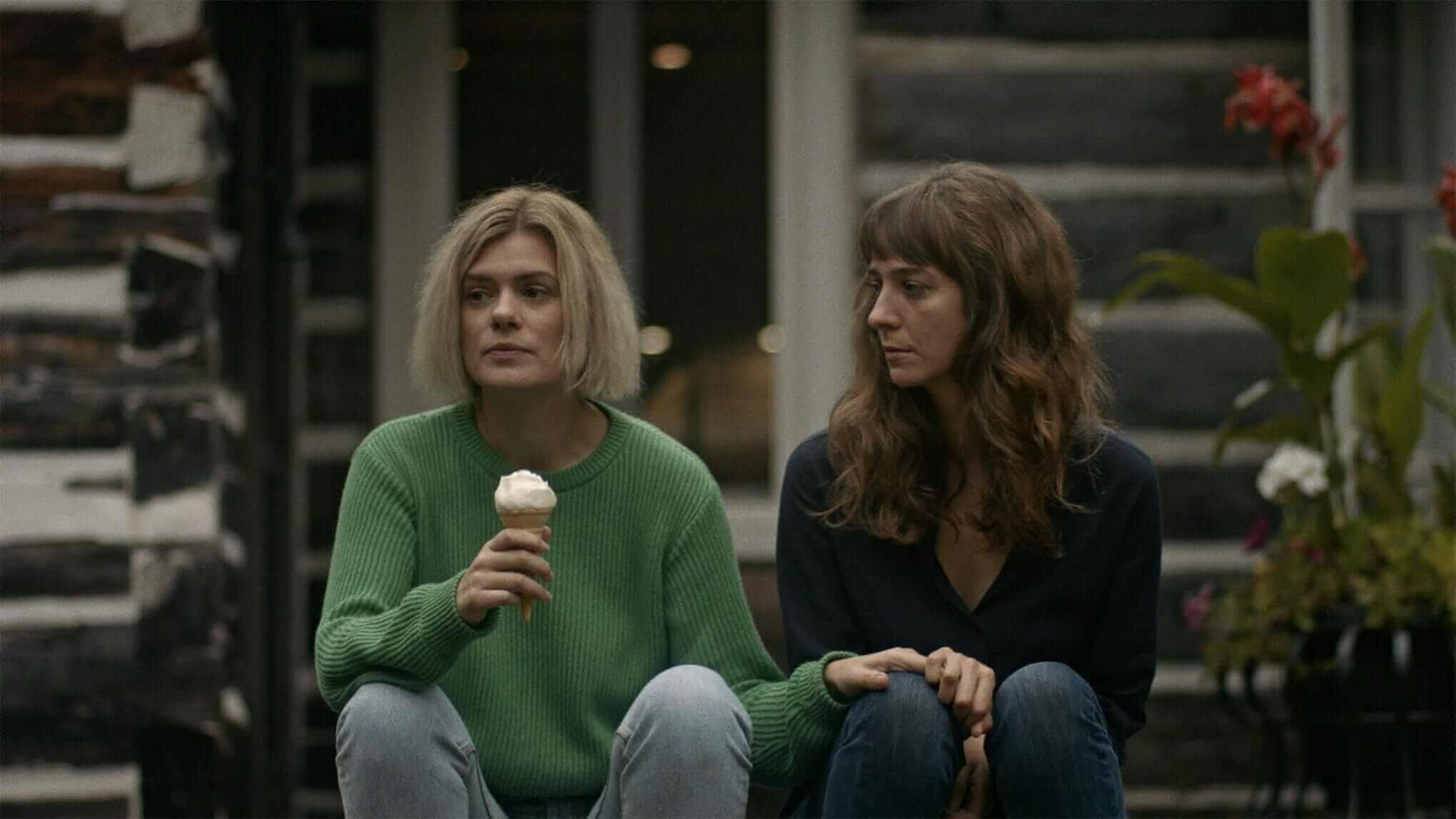 The entirety of Violation is one person’s startling, vicious journey that guarantees no comfort for herself or the audience. Miriam‘s road to mending is one fraught with formidable trials; dealing with Greta‘s betrayal, confronting Dylan, and deciding if her marriage can be salvaged. Had it not been for a disappointing moment between Miriam and her sister, though, maybe things might have been different. Greta essentially sided with the rapist, her husband, by not believing the victim. For Miriam, her sibling’s betrayal is seismic. Caleb, meanwhile, has become distant, uncommunicative, and simply not someone Miriam can count on right now. So much of everyone’s behavior has alienated and made her less likely to seek help elsewhere. Illustrating the importance of a strong support system in sexual assaults when discussing the likelihood of recovery is a notable attention to detail other movies frequently overlook.

By no means is this a widely palatable film seeing as its creators wanted to depict their own life experiences with absolute candor and, evidently, boldness. It is those desiring far less focus and time on the rape itself and more on the revenge who will be the most drawn to the story. The lush and insightful filmmaking along with captivating performances are other credible attractants. Violation takes hard turns when navigating the victim’s head. Her actions are loud and clear, even if the motivations behind them aren’t always quite the same. Notwithstanding, there is an unapologetic rawness to this visceral movie that plucks it from the crowd and places it squarely in its own category.

“…there is an unapologetic rawness to this visceral movie that plucks it from the crowd and places it squarely in its own category.”

Dusty Mancinelli and Madeleine Sims-Fewer’s Violation screened at the 2021 SXSW Film Festival and will be streaming on Shudder starting on March 25. Click HERE to follow our full coverage of the festival and be sure to let us know if you’re excited to check out this descent into cosmic madness over on Twitter, Reddit, Facebook, and in the official Nightmare on Film Street Discord. Not a social media fan? Get more horror delivered straight to your inbox by joining the Neighbourhood Watch Newsletter. 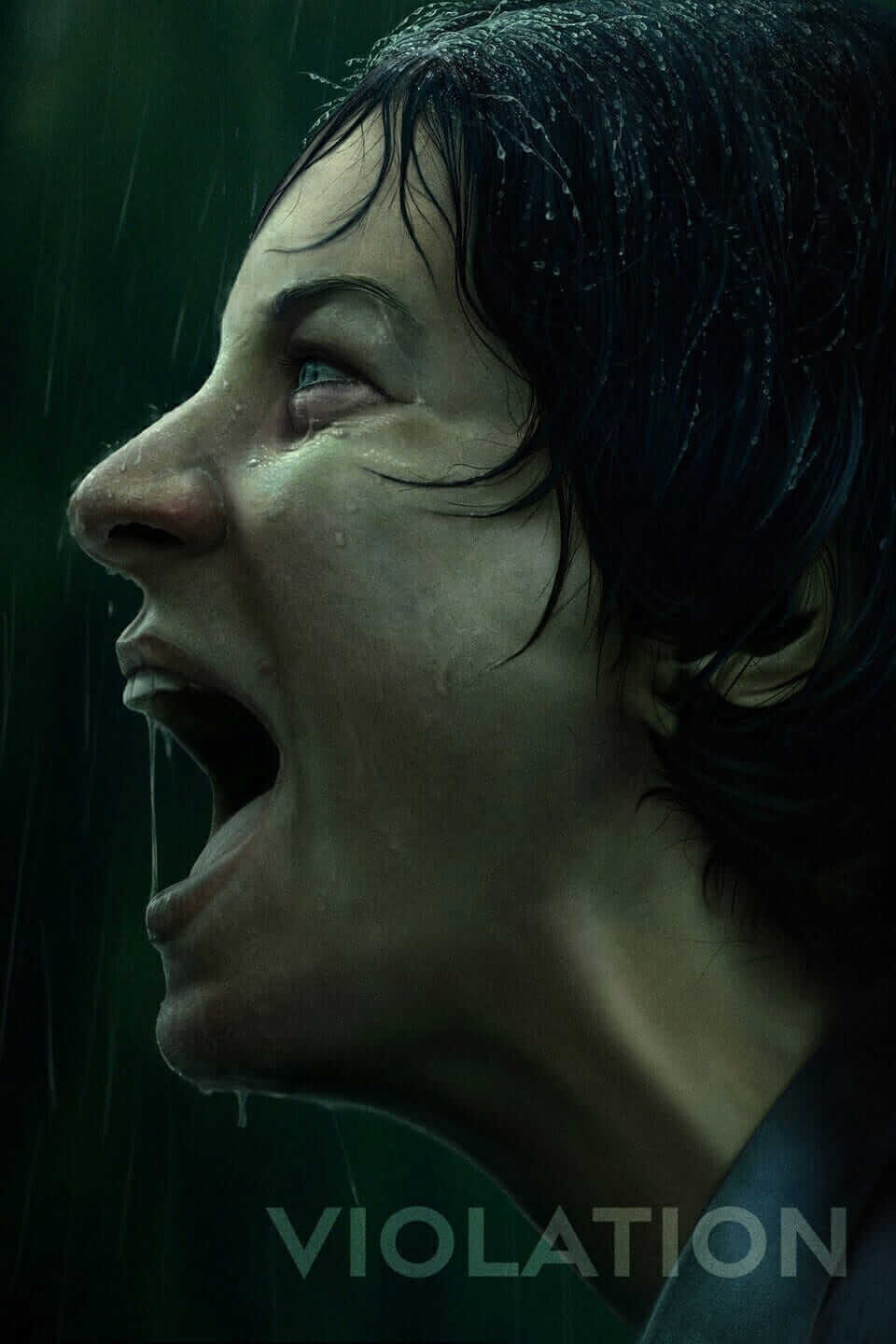 TLDR The entirety of Violation is one person's startling, vicious journey that guarantees no comfort for herself or the audience. By no means is this a widely palatable film seeing as its creators wanted to depict their own life experiences with absolute candor and, evidently, boldness. It is those desiring far less focus and time on the rape itself and more on the revenge who will be the most drawn to the story. The lush and insightful filmmaking along with captivating performances are other credible attractants. There is an unapologetic rawness to this visceral movie that plucks it from the crowd and places it squarely in its own category.