Supernatural comedy Jethica is a darkhorse of an indie ghost story. Hidden between the more studio-polished, star-studded films of the 2022 SXSW lineup lies this deceptively subtle story of life after death with as many actors as you could count on one hand. Indie in every sense of the word, this Mumblegore is co-written by director Pete Ohs (Youngstown) and his cast, Andy Faulkner (Spree), Callie Hernandez (The Endless), Will Madden (The Wolf of Snow Hollow), and Ashley Denise Robinson (The Beta Test) in a quas-improvisational fashion.

More interested in eerie concepts than scary sequences Jethica follows two characters hiding out in rural New Mexico where there are more ghosts than living people. Filmed in January of 2021 with no prepared script, the themes and topics we were all obsessing over last year are present but they are slyly buried beneath this intimate, oddball adventure. Scenes play out in long takes, allowing the characters to flesh themselves out and slowly reveal their inner workings. It’s an approach that is not for everyone, but I ate up every weird minute of it. 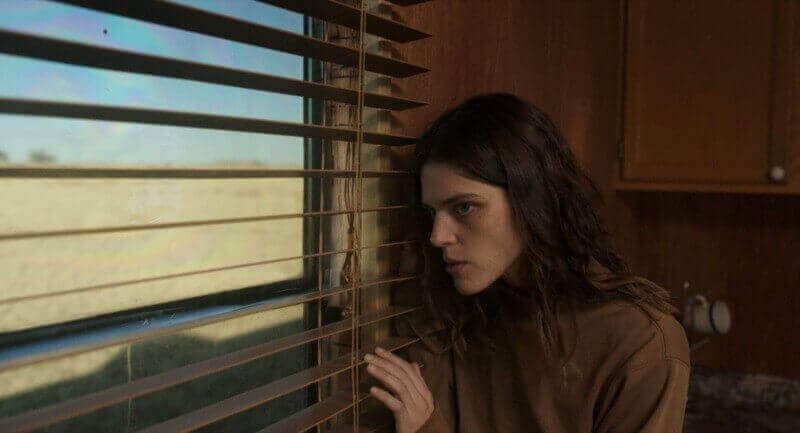 Old friends Elena (Hernandez) and Jessica (Robinson) bump into each other while hiding out in their old stomping grounds. They’re both running from something, and their little patch of rural New Mexico seems like the exact place you go when you’re looking to hide from the world. They’re both on edge, but there’s a sense that whatever it is that they’re each hiding from couldn’t possibly find them here…which is exactly why it’s so startling that Jessica’s stalker, Kevin, comes knocking on Elena’s trailer door.

Desperate to find a way to shake Kevin, Elena and Jessica “seek help from beyond the grave to get rid of him, for good,” which is where things get really interesting. As concerned as Jethica is with the supernatural realm, it wades those mysterious waters as pragmatically as possible. Ghosts exist, and they are no different than you and me. They are flawed. They are complex. They are living human beings that have recently stopped living. Surely you’ve heard someone say “It takes all kinds to make a world”, so it stands to reason that if there are all kinds of people then there are all also all kinds of ghosts.

“…charming, at times chilling, and a refreshing human twist on the classic ghost story.”

That’s a fun idea already, imagining the afterlife as a purely straightforward invisible world existing on top of our own but I’m sure you can think of plenty of people you’d rather not spend an afternoon with, let alone the afterlife. How do you reason with a ghoul if you get into an argument? What if they get mad at you? You can’t call the cops to arrest a ghost. You’re on your own. And that very specific, brilliantly nuanced angle to hauntings is the genius of Jethica.

Cast aside any expectation that you’ll see ghosts pop out of walls or stack chairs in a spooky way and you’ll be fully primed for this inventive indie. Because there’s no overbearing concern for splashy special effects or conventional story beats, Jethica is allowed the time it needs to breathe. You know, like leaving a bottle of red wine out on the counter to mature (something I don’t fully understand, but my instincts tell me is a totally appropriate comparison). The performances, all haunted in their own respects, are the main attraction. Each character’s understated realization is monumental in its subtlety. AKA: Mumglegore gold.

Patient viewers will be pleasantly rewarded with Jethica but let’s not for a minute pretend like this movie is missing anything because of its no-frills approach. There are no jump scares waiting for you. No thunderstorms in a gothic mansion or late-night cemetery fog, because it doesn’t need any of it. Jethica, instead, is a soft-spoken tale of longing and existential wandering. It’s charming, at times chilling, and a refreshing human twist on the classic ghost story.

Pete Ohs’ indie ghost story Jethica celebrated its World Premiere at the 2022 SXSW Film Festival. Click HERE to follow our coverage of the fest and be sure to let us know what you would do if you were being stalked by a ghost over on Twitter, Reddit, Facebook, and in the official Nightmare on Film Street Discord. Not a social media fan? Get more horror delivered straight to your inbox by joining the Neighbourhood Watch Newsletter. 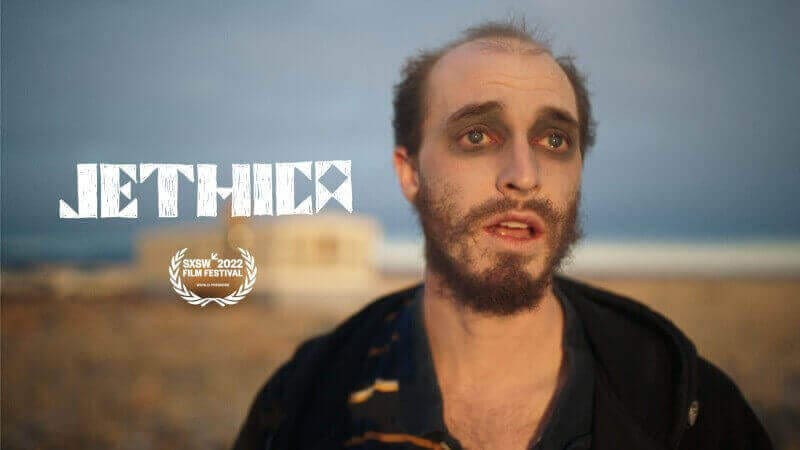 TLDR Patient viewers will be pleasantly rewarded with Jethica but let's not for a minute pretend like this movie is missing anything because of its no-frills approach. There are no jump scares waiting for you. No thunderstorms in a gothic mansion or late-night cemetery fog, because it doesn't need any of it. Jethica, instead, is a soft-spoken tale of longing and existential wandering. It's charming, at times chilling, and a refreshing human twist on the classic ghost story.