Edgar Wright has never made a bad movie. He probably never will. Part of that is because he is the ultimate movie nerd, obsessed with every color in the cinematic rainbow. Each of his movies is a deep dive into a different subgenre and how you respond to a new Edgar Wright movie usually comes down to how much you enjoy that those particular tropes. His genius as a filmmaker, however, is in how he takes the trappings of those classics and repurposes them. Last Night in Soho is every bit the supernatural thriller throwback you want it to be, but it’s also a story about the dangers of a life spent looking back.

With one foot in the past and another in the present, Wright’s original stories have always had a timeless quality to them. Last Night in Soho marks the first time that his story actually travels to that glamorized past though. And in an interesting twist, it also delves into the dark underbelly of The Past that The Present rarely sees through its rose-colored glasses. You can’t swing a piece of dead media without hitting someone who insists that music was better, fashion was better, and movies were better in [insert era]. But, as the lead of this late 60s inspired British Horror soon learns, looking back at a decade’s greatest hits is a much different experience than living through its b-sides and bad streets. 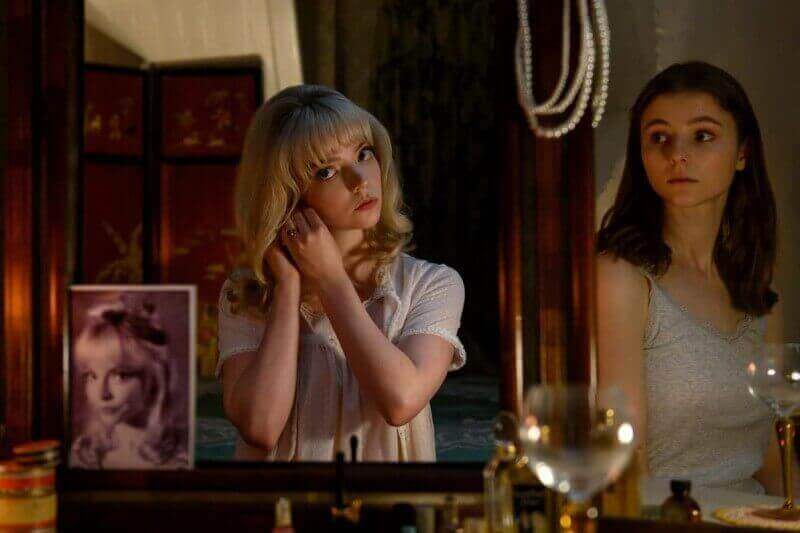 After an uncomfortable first week of dorm life, promising fashion student Eloise (Thomasin McKenzie) rents a flat in London’s historic Soho district from former Bond Girl and Game of Thrones regular Diana Rigg. Eloise is a quiet country mouse, obsessed with 1960s pop culture and the retro charm of her cozy bachorlette apartment speaks to her. Before long, she begins having incredibly vivid dreams about a girl named Sandy (Anya Taylor-Joy) that rented her apartment back in the swinging 60s.

In her dreams, Eloise is Sandy. She’s reliving Sandy’s life, experience the era she has been romancing. But through Sandy eyes she also sees the seedy side of Soho that no one talks about in polite company. A borough filled with drugs and pimps, shattered dreams, and ruined lives. Oh and murder. It seems there was a whooole lot of murder going on in London’s hip, cool scene and Eloise has been given a front-row seat to the horror’s of that world. Burdened with the knowledge of an unsolved murder, Eloise begins her own investigation so that the killer can finally be brought to justice. 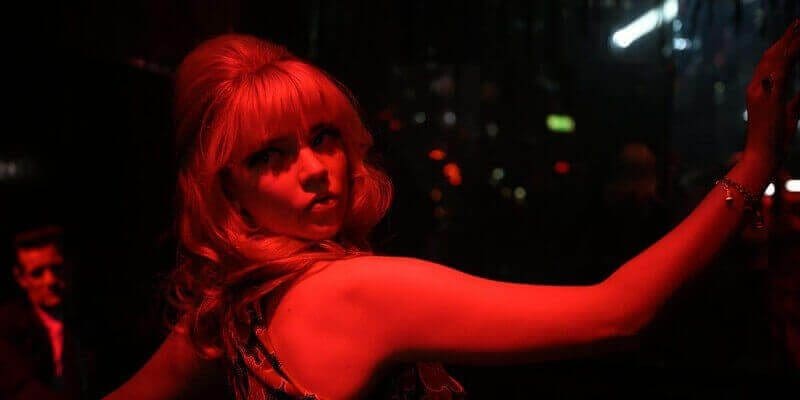 The dream sequences of The Last Night In Soho are superb. Not only are they a blast from the past, but they also feature some subtly superb moviemaking magic. Eloise and Sandy switch places seamlessly as though some wizard is sitting on the sidelines Freaky Fridaying them back and forth. Folded in the middle between them both is a charismatic Matt Smith. His addition to these scenes makes the body-swapping all that more impressive.

Last Night in Soho‘s dreamy quality slow fades into more of a nightmare as Eloise falls deeper and deeper into the sinkhole that was Sandy’s life. Her interactive dreams become more hallucinatory at a certain point with the dream world invading her waking life. The scares waiting for you in Last Night in Soho are something that Eloise experiences alone so there’s a lot of confused characters around her all the time asking, “are you okay, miss?” or “what’s going on?“. It’s par for the course, but it can become a little bit of a tiresome routine. And although the story is slow to get the ball rolling on its horror elements (not a dig, just a heads up) it does feature a good handful of genuine scares and spooky ghouls. 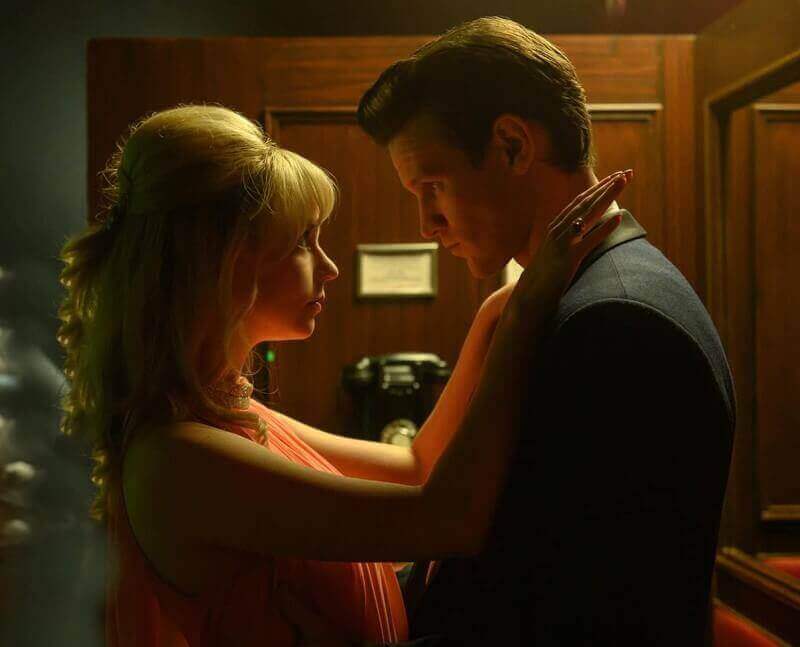 Whether you fall head-over-heels for Last Night in Soho is really a matter of how much you enjoyed the British murder mysteries of the 1960s and the Italian Giallo thrillers of the 1970s. If you’re the kind of moviegoer who wants to see the scared reflection of two terrified eyes in the glint of a blade, this one’s for you. If you’re desperate for a Halloween movie release that features an actual Halloween dance (with ghosts!), you won’t want to miss this. If all you’re asking for is two hours and stunning cinematography and a rocking soundtrack, Last Night in Soho is exactly what you’ve been looking for.

Last Night in Soho celebrated its North American premiere at the Toronto International Film Festival. It hits theatres on October 29th, 2021. Check out all of our TIFF 2021 film festival coverage, and let us know how excited you are to see Anya Taylor-Joy in a horror movie again over in the Nightmare on Film Street Discord!

Review: THE LAST NIGHT IN SOHO

TLDR Whether you fall head-over-heels for Last Night in Soho is really a matter of how much you enjoyed the British murder mysteries of the 1960s and the Italian Giallo thrillers of the 1970s. If you're the kind of moviegoer who wants to see the scared reflection of two terrified eyes in the glint of a blade, this one's for you. If you're desperate for a Halloween movie release that features an actual Halloween dance (with ghosts!), you won't want to miss this. If all you're asking for is two hours and stunning cinematography and a rocking soundtrack, Last Night in Soho is exactly what you've been looking for.