The 2022 Brooklyn Horror Film Festival kicks off October 13 for 7 days of horror cinema guaranteed to melt your brain, chill your bones, and bring your darkest nightmares to life. Included in this year’s lineup is a 31-pumpkin salute to Italian Horror Maestro Lucio Fulci, a free screening of Tubi’s upcoming Terror Train remake, and a spooky little horror-anthology called Sinphony, featuring a segment written and directed by Nightmare on Film Street’s KimmiKillZombie!

Below are 10 horror movies we’re dying to see at BHFF. 10 movies guaranteed to help keep you creepy this Halloween season, but it’s just the tip of the iceberg. The 7th Annual Brooklyn Horror Film Festival boasts 100+ feature films and shorts, including world premieres, retrospective screenings, and much, much more. More and info and tickets can be found HERE.

Oh, and Nightmare on Film Street’s Kimberley Elizabeth & Jonathan Dehaan will be on-site during the festival! Come hang out, grab a beer, and talk horror movies. It’s gonna be a scream 🎃 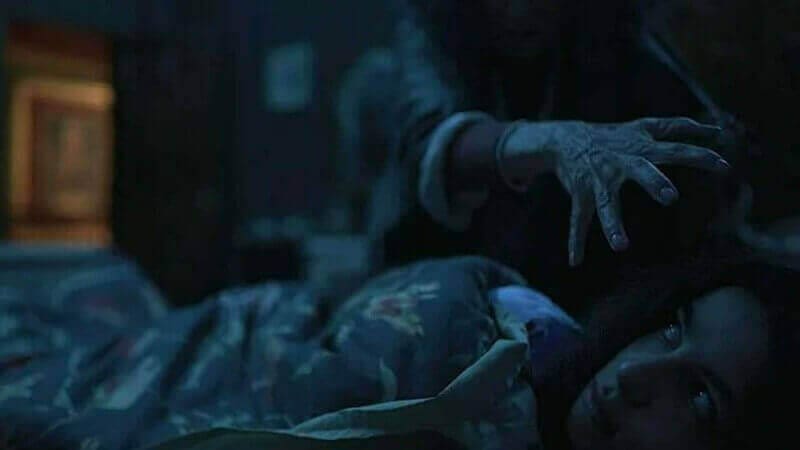 With all hope seemingly lost, and needing time to themselves to find the best medical care, a critically sick young girl’s parents leave her and her older sister at grandma’s house, where bedtime stories about a demonic shapeshifter turn out to be more than fiction. All that record store owner Tori wants to do this Christmas is drink and hook up—simple enough, right? Apparently not, thanks to a decorative, human-sized robotic Santa Claus that’s come to life for a nonstop rampage of murder and destruction. Picking up where he left off with his 2019 double bill of BLISS and VFW, modern exploitation maven Joe Begos returns with a relentless and stylish Yuletide adrenaline rush that’s part slasher and part ode to ’80s techno sci-fi/horror like THE TERMINATOR.

In this direct sequel to his terrifying instant classic SATAN’S SLAVES (2017), director Joko Anwar re-introduces us to the same family now living in a doomed high-rise apartment building. After a night of terrible floods traps them inside, the dead return to terrorize them once again. Anwar continues to build out an exciting mythology with this gory and demented follow-up that is appointment viewing for all fans of the current wave of Indonesian horror.

Ghosts, witches, parasites, and more populate the nine segments in this ambitious and uniquely conceived anthology. Born out of the social audio app Clubhouse, SINPHONY introduces a new crop of horror filmmakers who pack as much energy and unpredictability as possible into their respective shorts, resulting in a lively omnibus that never lets up. A Dark Sky Films Release. 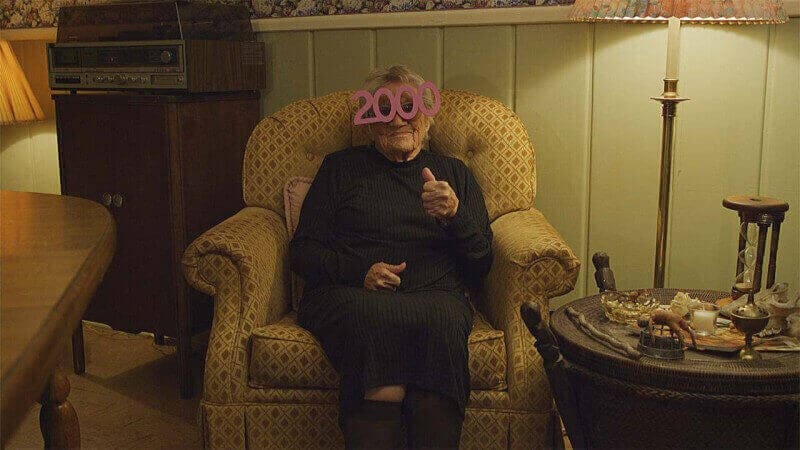 Experience the pandemonium of Y2K all over again with the latest entry in the iconic V/H/S found-footage horror anthology franchise, featuring a collection of the series’ most impressive segments to date. With directors Joseph and Vanessa Winter (DEADSTREAM) hosting an insane New Year’s Eve party, Flying Lotus’ (KUSO) gross-out game show, Johannes Roberts’ (47 METERS DOWN) sorority hazing ritual, Maggie Levin’s (INTO THE DARK) punk rock terror, and Tyler MacIntyre (TRAGEDY GIRLS) voyeuristic freak out, V/H/S/99 is a nostalgic trip through the past laced with ’90s rock, spiders, and lots of blood. A Shudder Release. 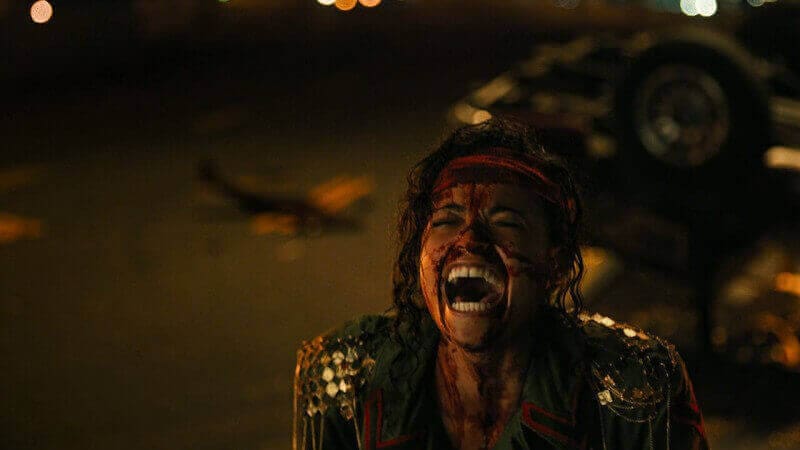 What starts off as a promising client meeting for single mom Cherie devolves into a fight for her life throughout the streets of Los Angeles in writer-director-producer Shana Feste’s slick, must-see thriller. Originally launching at the 2020 Sundance Film Festival, this Blumhouse-Prime Video backed horror film will make its New York debut in Brooklyn. A Prime Video Release. 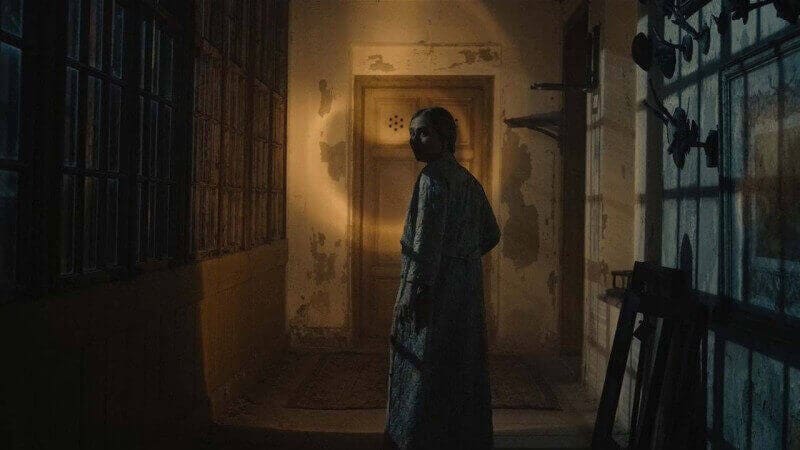 Sigrun Fink, an anesthesiologist-in-training, agrees to work as in-home nurse for an aging Baroness in her dilapidated manor. The old woman, once director of an Aryan maternity ward, might be able to help Sigrun locate her real parents—a mystery she’s been tormented by her entire life. Although answers quickly begin to reveal themselves, they come at a high price, one of dangerous folk magic and insidious occult ideals. From the incredibly stylish opening credits to the gorgeous gothic imagery and dynamic storytelling, you’d never guess this is director Marie Alice Wolfszahn’s first feature. A remarkable debut. 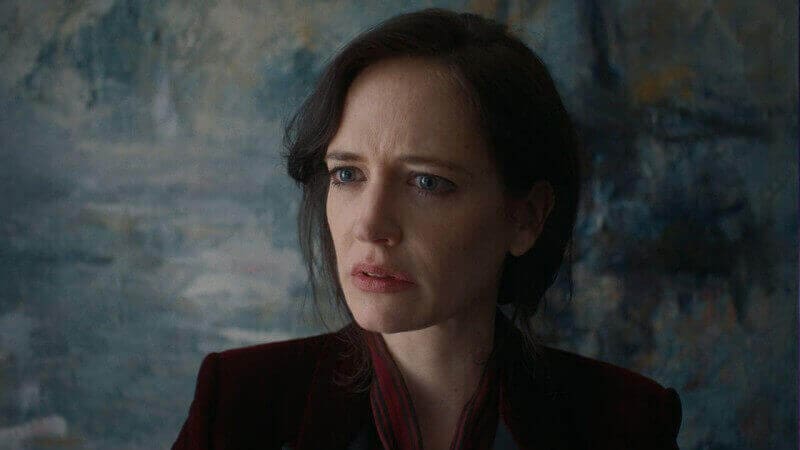 Successful fashion designer Christine (Eva Green, Penny Dreadful) is plagued by a baffling ailment that causes a myriad of issues including paralyzing muscle spasms, memory loss and terrible hallucinations. Much to her surprise, a mysterious Filipino caretaker named Diana arrives on her doorstep claiming Christine hired her to help with the house. When Diana begins to use traditional folk remedies to heal Christine, she causes a rift between her and her husband Felix (Mark Strong, 1917, THE KINGSMAN franchise) and slowly unravels the disturbing truth behind Christine’s illness. Brooklyn Horror is proud to welcome back Lorcan Finnegan to the fest, director of eco-horror WITHOUT NAME (BHFF 2016 Best Feature winner) and psychological thriller VIVARIUM. Based on the Nocebo Effect—the idea that negative thinking will lead to negative results—NOCEBO is a mind-bending folk horror stunner with haunting real-world implications. 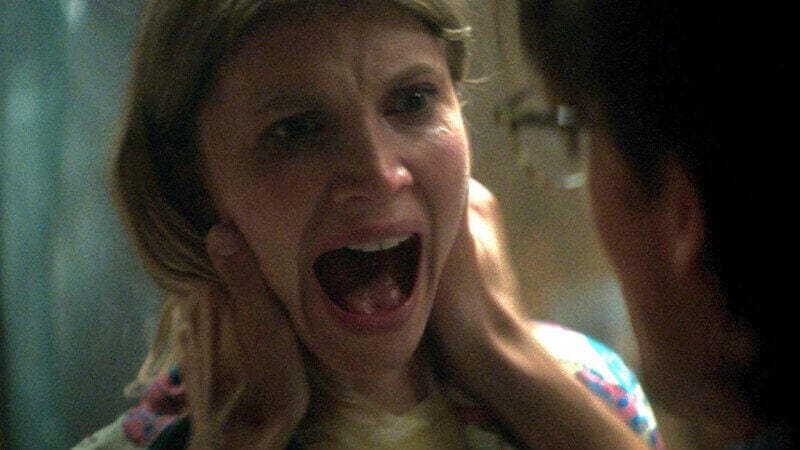 Eager to start their new life together, Mona and Robby have everything set: a new apartment, Robby’s new job, and Mona’s pregnancy. While things feel wonderful for Robby, though, Mona can’t shake the feeling that the strange occurrences around their apartment building are connected to her feeling that something inhuman wants the baby that’s inside her. 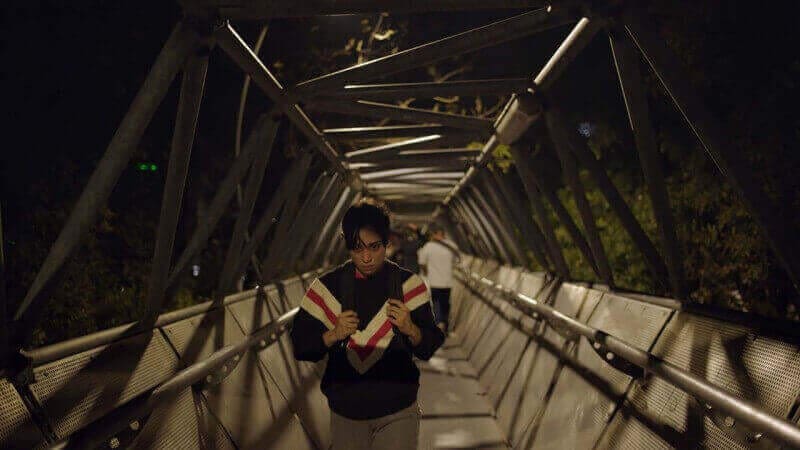 Being pregnant with her first child should be the most exciting time of Valeria’s life—everyone else around her, namely her boyfriend, certainly thinks as much. But as nightmarish visions put her at the mercy of a restless demon, Valeria seeks solace from the woman she once loved and help from a coven of witches whose methods are, well, peculiar. A multi-award winner at this year’s Tribeca Festival, BHFF alum Michelle Garza Cervera’s stunning debut sets a new standard for motherhood-minded horror. An XYZ Films Release.

The 2022 Brooklyn Horror Film Festival kicks off October 13! See the entire lineup and grab your tickets HERE, and let us know which horror movies you’re most excited to see at the fest over on Twitter or in the Nightmare on Film Street Discord! Not a social media fan? Get more horror delivered straight to your inbox by joining the Neighbourhood Watch Newsletter.