Deadly Double-Features: How To Turn Family Movie Night Into An Absolute FrightFest This Halloween

It’s that special time of year! Pumpkins are appearing on the neighbor’s porch steps, the leaves on the trees are yellowing, and candy corn is on sale at the grocery store again. It’s Spooky Season (the best season), and by extension: Horror Movie Season. I mean, for us it’s always horror movie season, but around Halloween, the TV channels start showing horror during primetime and the people in your life who normally wouldn’t watch horror ask you (their local horror expert) for recommendations.

Halloween is especially fun because it’s the one time of year kids are allowed to get in on the scary action. Below is a small, curated list of family-friendly horror-adjacent selections and their full-blown horror counterparts, perfect for your #31DayHorrorChallenge needs. Watch the first movie with the kiddies and a bowl of popcorn or candy. Then, once they’re off to bed, settle in and watch the second movie with a beer…and the leftover candy. 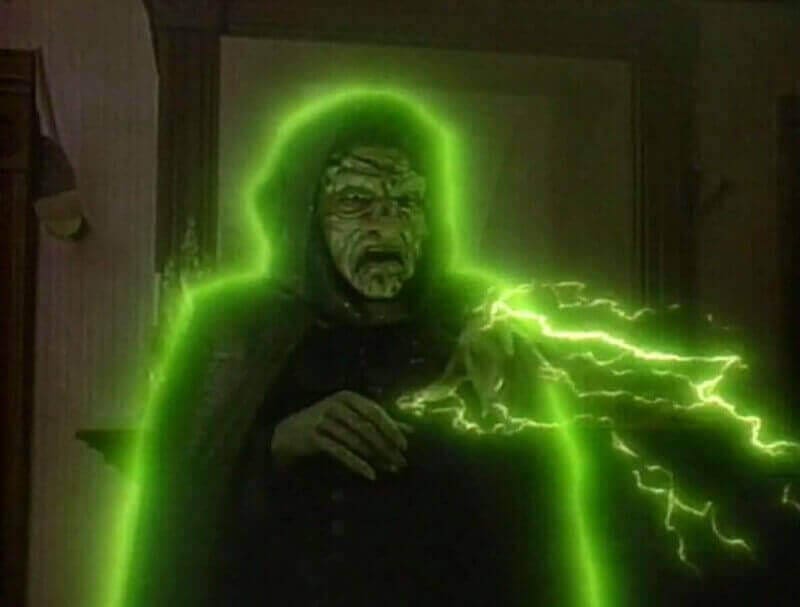 Growing up in the 80’s was awesome for many reasons, one of which being The Disney Sunday Movie. I was a huge fan, especially in October. One of these Disney Channel Originals that immediately got taped from TV and became a staple in my family was Mr. Boogedy. It hits all my favorite notes: goofy 80s family, haunted New England home, John Astin. Watch this one with your kids to prepare them for a future of ghost movies.

For A More Mature Follow-up: Poltergeist (1982)

Poltergeist is the most Steven Spielberg ghost movie ever not directed by Steven Spielberg. Sure Spielberg wrote it, but this masterpiece was directed by Tobe Hooper (The Texas Chain Saw Massacre). Despite this, rumors persist that Spielberg had more to do with it than just the story because of how unique the emotional power of the film is, it feels every bit as heartbreaking and fantastic as a classic Spielberg film. If you ask me, that’s just good writing shining through an equally talented director.

For The Kiddies: The Adventures of Ichabod and Mr. Toad (1949) 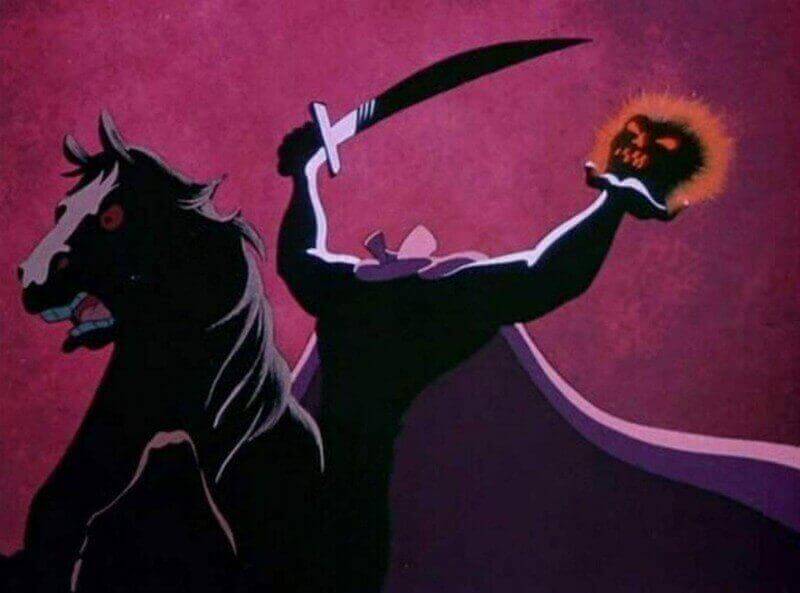 Focusing on the ‘Ichabod’ portion of this Disney animated short film, we find what musical adaptations of a classic American short story should strive for. Based on the perennial The Legend of Sleepy Hollow by Washington Irving, kids will enjoy Bing Crosby’s velvet voice telling the tale of a colonial era schoolmaster who is pursued through a cemetery on Halloween night by a headless ghost on horseback. But you know, for kids. On the more mature side, Tim Burton’s Sleepy Hollow is perhaps one of the best re-imaginings of this story ever committed to film. I’d also argue that it’s Burton’s most successful venture into the horror genre. With special effects makeup by Kevin Yagher, you’ve never seen such believable severed heads in your life. Hopefully. 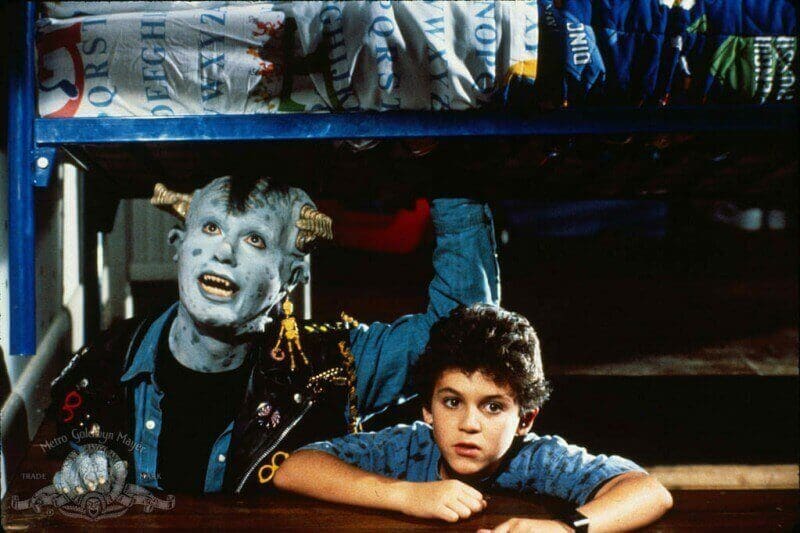 Despite being commercially unsuccessful, Little Monsters has grown a strong cult following over the years and balances a decent amount of nightmarish imagery for kids, with gross-out humor and playful action. There are some dark themes though, including a world of monsters that lurk just below the bed of every sleeping child is something we all fear when we’re young. Not only that, but when you’re sleeping, the monsters creep out and wreak havoc in your home, and if you go into the monster realm there’s a chance you’ll get stuck there and turn into a monster yourself?? Nightmare fuel. After you’re able to convince the kids they’re safe in bed with no threat of monsters coming to steal them away to a world of mischief and mayhem, you can sit back and take in Nightbreed. On the subject of monster realms, this film features one of the coolest ever: Midian. A winding series of tunnels creates a city below a remote graveyard. Master of Horror Clive Barker wrote and directed this one, so you know the lore is rich and rewarding and you’ll enjoy creature design that will haunt your dreams for life. While the monsters are scary in Midian, the real horror comes from Dr. Decker, expertly played by Canadian horror icon, David Cronenberg. You’ll find yourself siding with the creatures in this one, which reminds us that just because someone looks different, doesn’t mean they should be feared. 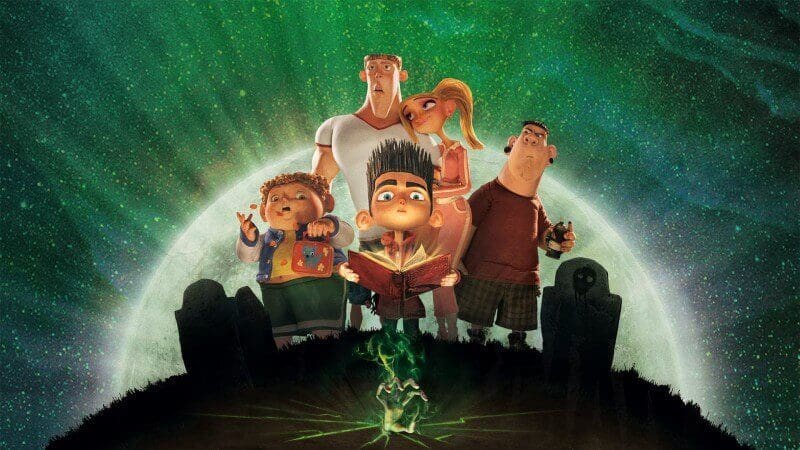 A masterpiece of stop-motion animation, ParaNorman is beautiful to watch but also a sincere and heartbreaking story about growing up and feeling different from everyone else. As the movie progresses, the horror elements creep in and grow until, by the climax of the film, a horde of zombies and a vengeful witch are the most relatable characters in the story. The kids in the audience will love the comedy and fun imagery throughout, and adult viewers can appreciate how badass it is to see a centuries-old witch try to engulf an entire town with black magic. Let’s be real, the town deserves it.

M. Night Shyamalan’s most well-known film with 6 Academy Award nominations, The Sixth Sense is famous for it’s twist ending that everyone knows. But the thing is, knowing the twist doesn’t make the film any less entertaining for repeat watches and, in fact, makes it more fun to try and notice all the things you might have missed upon your initial watch. It’s also a terrifying, deeply unsettling film that is extremely effective in it’s horror elements.

Everybody loves Hocus Pocus, as they well should. A story about three Satanic witches who are resurrected on Halloween night to drain the life of every Salem child in a quest to gain eternal youth. But y’know, funny. The supremely dark undertones in the plot of Hocus Pocus probably go unnoticed by younger viewers, as the comedy elements are front and center. With adult humor woven throughout the classic kids goofs, this movie grows increasingly popular and it absolutely deserves it. And if your kids are already fans, Hocus Pocus 2 is streaming on Disney+ right now! 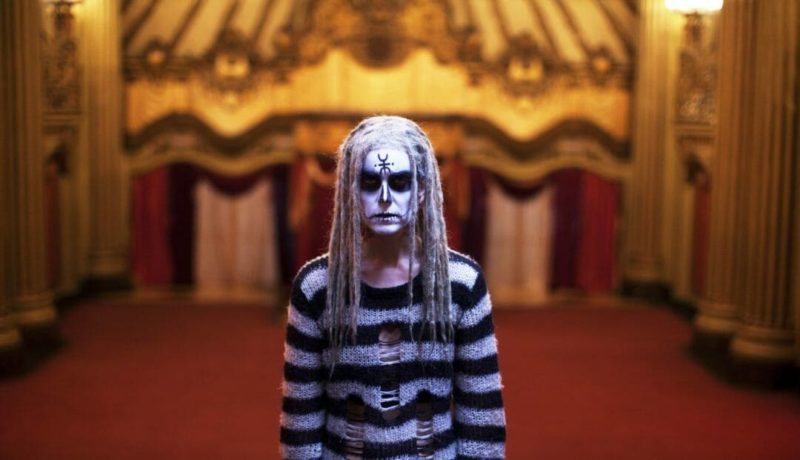 Speaking of centuries-old Satanic witches committing mass killings in Salem, Rob Zombie brings us what feels like a familiar story but told in a fresh, kinda weird way. The idea that the Salem Witch Trials would eventually come back to haunt the descendants of Salem is a common theme in films and even in this list, but Lords of Salem is a whole mood. It captures the eerie isolation of walking alone down New England streets at night and wondering, “am I being watched?”. There are multiple extremely frightening scenes in this movie, and although director Rob Zombie can be criticized for certain creative choices, I recommend this one to anyone who thinks witches are awesome. Cuz they are.

Well, fingers crossed you don’t traumatize your kids this Halloween season. But also, isn’t that what this time of year is all about? Let us know what Halloween movies you’re watching with the kiddies tonight, and what “for adults only” horror flick you followed it up with over on Twitter or in the Nightmare on Film Street Discord! Not a social media fan? Get more horror delivered straight to your inbox by joining the Neighbourhood Watch Newsletter. 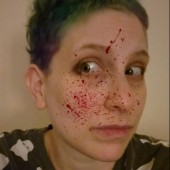