You may know him as the odd Quality Assurance Director from The Office, but Gigi Saul Guerrero’s Culture Shock shines a very different light on Creed Bratton. The actor and musician’s sinister role as George Atwood, the brain of America’s horrific immigrant experimentation, provides the chilling reason behind the 10th installment of Blumhouse and Hulu’s year-long holiday horror anthology series, Into The Dark.

July’s patriotic, Independence Day-themed episode hits close to home and Bratton was happy to share his thoughts on Culture Shock’s relevancy with me. As we discuss the bad guy’s motives, the horror genre’s growth, and risky practical effects, it’s easy to see there’s nothing to fear when it comes to the real Creed Bratton. However, his George Atwood character may leave you more apprehensive and appalled.

Jessica Rose for Nightmare on Film Street: Culture Shock is obviously, and unfortunately, full of relevant, heavy themes.. but what a treat it was seeing you in that type of role!

Creed Bratton: When I read this, my agent sent me over the script and asked: “You want to check this one out?” I couldn’t put it down. It was a page-turner, it really was. I called him back after I read it and said “Yes, I want to go read”. So I went to John McCleary’s office and read. I got creepy enough, obviously, to get the gig. I’m really pleased with the way it turned out. To work with people like Martha Higareda and Shawn Ashmore, they’re all really good actors and the script was great, so I had a great time and it was just fun playing the bad guy.

You’re right, with all of this going on now it draws attention to the travesties of separating immigrant children from their parents. Somehow, I don’t know how – because I’m not a politician or a lawmaker – but I think somehow, something really should be done. It’s our way of pointing out Gigi Saul Guerrero is an excellent, excellent writer and director.

NOFS: Agreed. It was almost difficult to watch because at the time I saw it, I knew kind of what the plot was beforehand, but when I finally watched it I was like “Wow. This actually really just happened”.

CB: Yeah, that picture that’s been running in the paper, the father and daughter. God that’s just chilling.

NOFS: It’s something that Blumhouse has been doing really well and Hulu, with this series especially. This one was very real.

CB: They are, they’re very pertinent to what’s going on and I think that’s fantastic that they’re doing that.

NOFS: I think that’s what’s making the horror genre such a big thing amongst [general] film audiences. It’s bigger than it ever was before.

CB: It’s attracting a higher caliber of actors as well. Just look at John Krasinski, from our show as you know, he went and did A Quiet Place. That was really well done. Really well done. 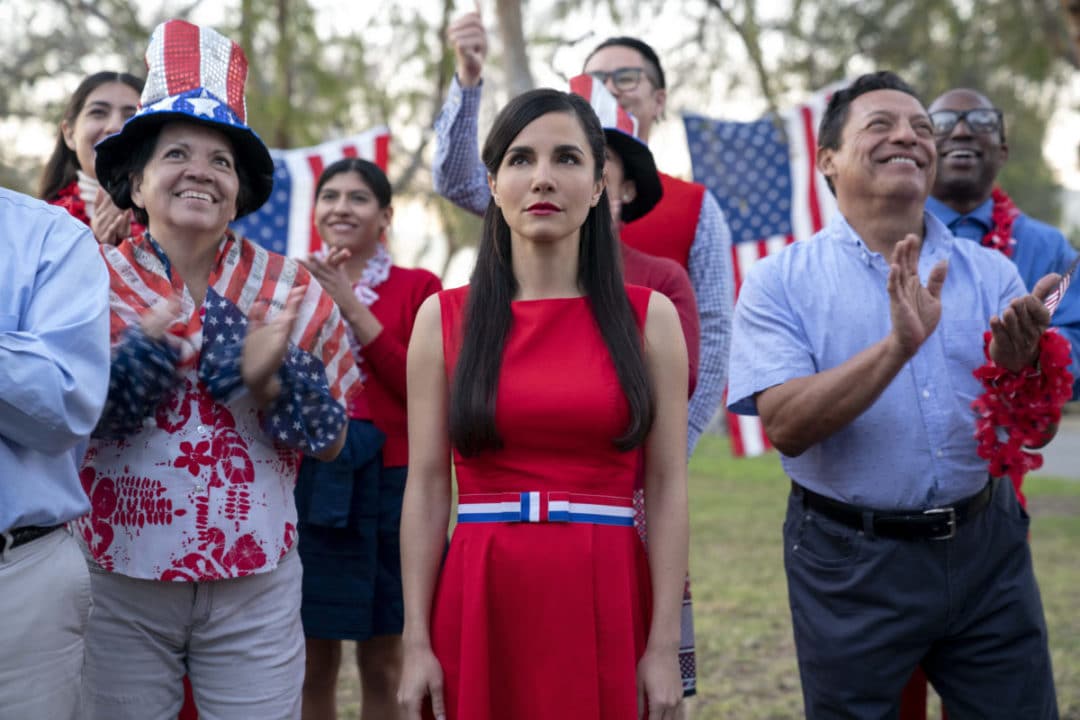 NOFS: Absolutely. Everybody knows you and is familiar with you as Creed from The Office, is there any different way of preparing for something like your role in Culture Shock?

CB: I didn’t even have a humorous thought in my head and I really went to a dark place every time they said “roll, ready, action”. We joked here and there, me and the cast, that’s just how I am. I’m basically a funny guy, so in between we joked around, but as soon as we would get ready to film I would walk off and get myself into that place to do the character. I couldn’t let Creed from The Office slip in.

NOFS: Even then, that would be pretty scary. As far as your role, George Atwood, aside from the more obvious influence, was there any other sort of public figure or politician or actor or anyone that influenced your approach?

CB: No, but I did try to go from the aspect of what it was we know with bad people. They’re not really intrinsically all completely evil. This man is trying to do a good thing. He’s trying in his own way. He’s trying to make money, sure. He’s also, in a way, thinking he’s helping people. He rationalizes it that way and, sure, there are people that get killed. That’s part of the deal. It’s like breaking an egg with the object theory. You have to keep that in mind too. Nobody really thinks they’re doing really bad things. They’re just doing what has to be done many times.

NOFS: Why do you think Culture Shock is important for this kind of series and for viewers?

CB: I think it’s many times people will avoid the news, that they don’t want to be told bad stuff, but then they’ll go for escapism. They’ll watch a horror movie or a funny movie instead. So, if there’s any way that some show like this can take up that paradigm shifting in human consciousness from “everything’s okay” to “not everything is okay” and move it in that direction, subconsciously perhaps.

I think that’s what this stuff does. It just makes us more aware on a subconscious level. You might try to hide away from it, but you’re still going to be exposed to it. You’re going to know and think “No, you can’t do this to people”. I think that when the astronauts are up in space they look down and they realize at that moment that this is not about Europe and America or America and Mexico. We are human beings on the planet and we’ve gotta get along. We can’t be treating people this way. I hope it draws attention to that. NOFS: Absolutely, very well said. Speaking of real horrors, [spoilers ahead] I wanted to know what was it like shooting your death scene?

CB: Here’s a good story: We were running out of time and our DP came over and said we’ve got to shoot at the certain way and Gigi says we’re just going to do it the way she always does with the stunt guy. I said “What about just CGI a bullet to the head?”  but there isn’t enough time for either, so they said “Here’s what we want to do: We want to take a blow gun and blow this little gel capsule in your head and it will explode”. I asked “You’re going to shoot something in my face? Not the face, not the face.”  I saw everybody looking at the clock. We really had run out of time. I looked over at the stunt guy. He didn’t even have a stubble beard. So I was Mr. Brave and I’m a team player. I always have been and I want to make everything roll along and get along to make things happen. So I said “Just show me what you have in mind”.

It’s shot very close to me. Back to the camera. They wanted to put it down between my eyes, but I said “No, you put it high in the head”. I hear Shawn clicking the gun. I turn around and there are two cameras there. I turn and look at him, I give him that look, the incredulous look of “You’re going to kill me”. He blows the gun, Whack!, right to my left ear. Son of a bitch! I fly back against the wall and there’s a spur of iron out of this wall. We were down in the basement of this place – and of course, blood starts coming out onto my like lab coat and I’m holding my eye and you can hear a pin drop in the place. I look up, took my hand away and I said “Let’s try it again. What are the odds? You just shoot me in the eye again?” There was some nervous laughter. The producer and director came over and said “I don’t think we should try this again” and I agreed, “I think that’s a good idea”.

So Gigi went and did it the way she wanted to do it. And as you saw, it looks fantastic. I didn’t mean to have something shot in my head. Let me tell you that I learned a good lesson. I got away without being physically damaged, but I laugh about it now. It’s a good story, but at the time Creed was not a happy camper.

NOFS: It was certainly a risk worth taking.

NOFS: I’m sure they’ll be pleased. I really loved it. It was moving, it was touching, it is scary. Yes scary because the trial and unfortunately way too relevant, but like you said, it’s something that needs to be done and to be seen by people like me who avoid the news and stick to horror movies. Now, the news is making its way into my ears and eyes. What have you got coming up now that Culture Shock is streaming?

CB: I’m working on my ninth studio album now with the Emmy Award Winner Dave Way. My old album is still selling out there, While The Young Punks Dance, you can get that on any download app like iTunes and Spotify. I’m really pleased with the new album. It sounds pretty good. Check it out, there’s some really interesting stuff on it.

NOFS: I certainly will!

Into the Dark: Culture Shock is streaming now on Hulu! Have you been keeping up with the Into The Dark series? What do you think of the series’ tenth episode, Culture Shock? Let us know your thoughts over on Twitter, Reddit, or in the Horror Fiends of Nightmare on Film Street Facebook group!