The hi-octane scare sequence is a horror fan’s dream. Nothing gets your blood ringing in your ears quite like a well crafted,and lasting terror. Sure, a jumpscare or two will get teenager butts hovering briefly in their seats, but if you really want to scare your audience, you’re going to need a strategy.

The Queen of Black Magic (Ratu Ilmu Hitam), which recently celebrated its North American Premiere at Fantastic Fest, is one of those rare horror films that understands its way around a scare. Combining shocking visuals, with the agony of impending doom, a hefty dose of self-mutilation, and some creepy-crawlies for good measure, The Queen of Black Magic has spooks for every type of horror fan.

Written by Joko Anwar, filmmaker behind some of Indonesia’s most recent horror hits Satan’s Slaves and Impetigore, and directed by Kimo Stamboel, and a remake of the 1981 film of the same name, The Queen of Black Magic finds a group of friends returning to the orphanage they grew up in.

The man who raised them, and rescued many of them from worse fates, is dying, and Hanif (Ario Bayu), Jefri (Miller Khan) and Anton (Tanta Ginting) return to pay their final respects. Bringing their wives and children along, because when does anything ever go wrong in an orphanage. Things take a turn toward the dark and otherwordly right away after Hanif hits what he believes to be a deer on their way in, setting off a sequence of events that invite some serious spooks to this goodbye party.

Though a tragic mystery slowly unravels at the film’s core, where The Queen of Black Magic really shines is in repeated, unrelenting scare sequences. At first, the film leans pretty heavily into CGI-rendered bugs, centipedes and worms — which though hardly passable as real, have a very endearing videogame quality to them. But with plenty of tricks up her sleeve, The Queen of Black Magic will swoop you up into an entirely new scare before you have time to question the passability of the bug juice. 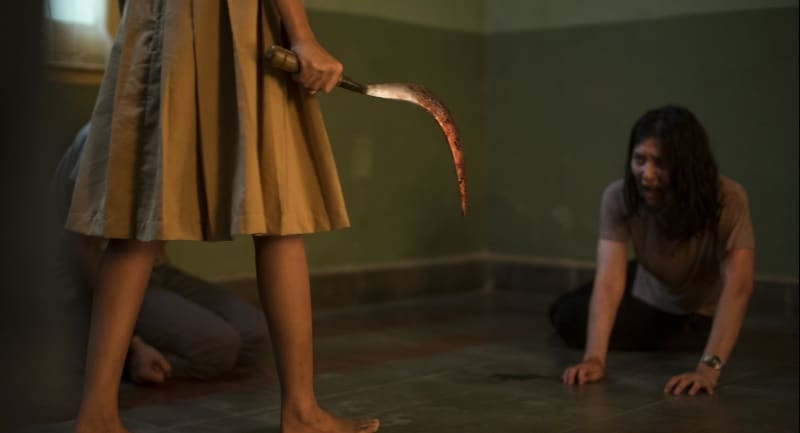 No one is safe from her revenge from beyond the grave, even little Haqi (standout performance by young Muzakki Ramdhan), who’s analog tv scare is so terrifying, it rivals The Ring for “best use of a dead girl and a television”. Also, that ghost with the dragging foot? Yes. Yes please.

“[..with an] analog tv scare is so terrifying, it rivals The Ring for “best use of a dead girl and a television”.

Without revealing all of the scares of the film, there are some amazing frights with the mystery of the missing school bus, and Jefri’s diet-obsessed girlfriend Lina, who ends up the wrong end of a funhouse mirror. 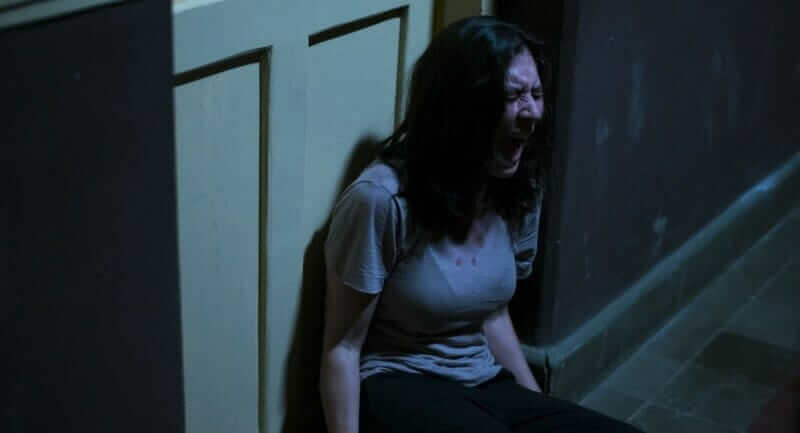 Between jaw-dropping moments of the possessed and the undead, The Queen of Black Magic slowly reveals herself and her intentions to the group, culminating in a shocking finale of long-awaited revenge. The finale itself felt a little chaotic, with the film’s large cast of characters having to be rendered out of commission for a final showdown between our leads. After a tense and scare-filled journey, the lengthy battle struggles to keep the tension high enough without the audience feeling fizzled out. The secrets have all been revealed at this point, so we’re just waiting on the action. But you know villains; they love to talk.

“The Queen of Black Magic has plenty of frights up her sleeve.”

The Queen of Black Magic has plenty of frights up her sleeve. She delivers multiple bouts of terror, while still finding time to carve out a dark mystery that threatens to unravel everything our heroes know and trust. Come for the bugs, stay for the ghost with the creaky, dragging foot.

The Queen of Black Magic celebrated its North American Premiere at the “Celebration of Fantastic Fest” virtual festival. Check out all of Nightmare on Film Street’s coverage here, and talk to us on our socials; like Twitter, Reddit, and the Horror Fiends Group on Facebook! 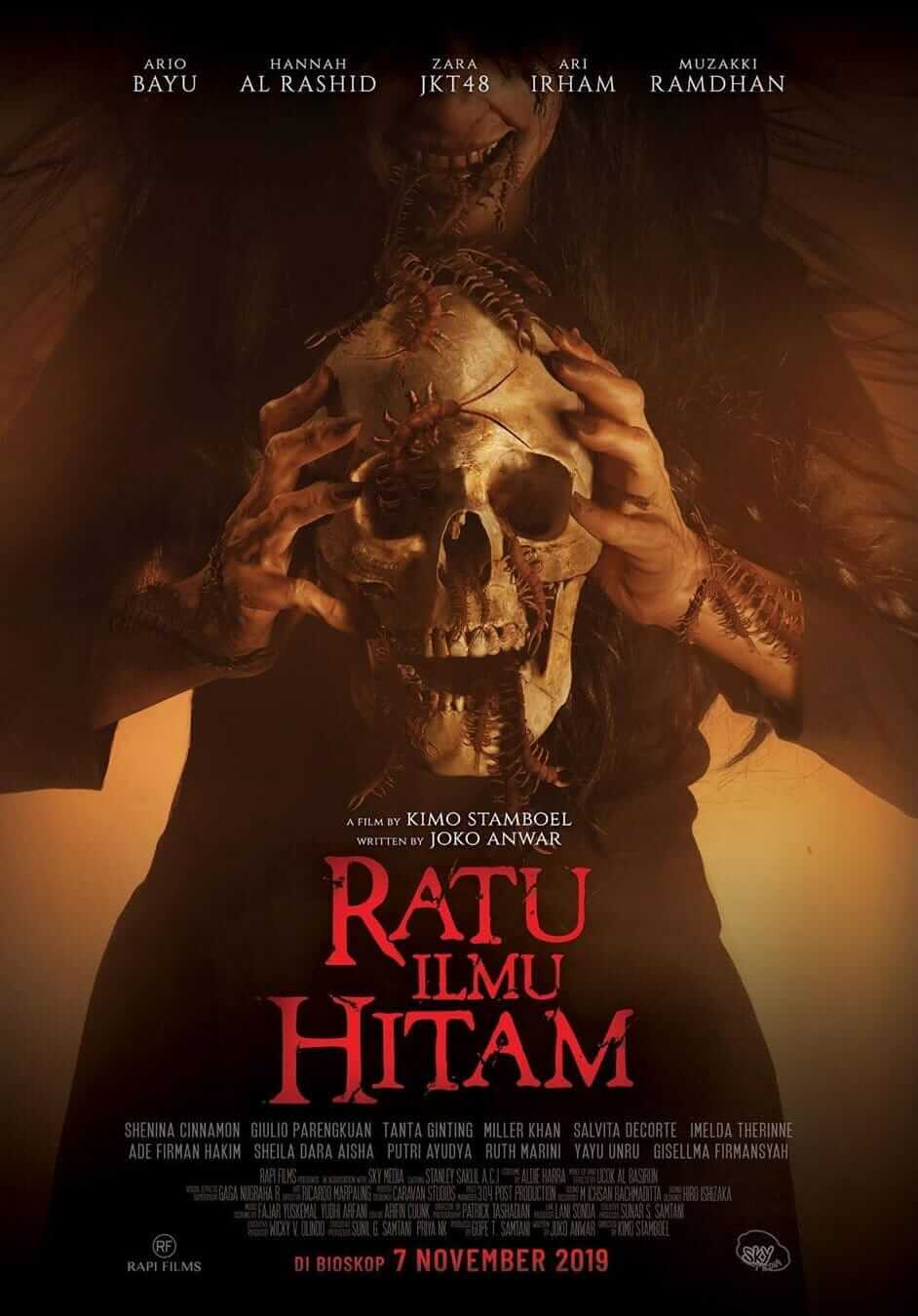 TLDR The Queen of Black Magic has plenty of frights up her sleeve. She delivers multiple bouts of terror, while still finding time to carve out a dark mystery that threatens to unravel everything our heroes know and trust. Come for the bugs, stay for the ghost with the creaky, dragging foot.