At one point or another, we have all found ourselves laying on the bedroom floor, staring up at the ceiling, thinking about our own mortality. It may have been a fleeting thought or a long thread of ideas about what it means to die, to no longer exist, to leave the world behind. Who would miss you? What would you miss? Would the world change? To question our mortality is only human; death is the great unknown after all. That existential, yet almost mundane, dread is a difficult feeling to capture and portray in a series of moving images. However, director Amy Seimetz (Sun Don’t Shine) has taken up the challenge in She Dies Tomorrow. Her latest film is able to convey the haunting yet somehow comforting inevitability of death, while also navigating the nuances of coming to terms with your looming demise.

In She Dies Tomorrow, death is infectious. Amy (Kate Lyn Sheil, You’re Next) wakes up one morning and is convinced that she is going to die the next day. As she tells her friend Jane (Jane Adams, Eternal Sunshine of the Spotless Mind), it becomes apparent that whatever is happening to Amy can be passed on to others. It passed on to Jane’s brother Jason (Chris Messina, Birds of Prey), sister-in-law Susan (Katie Aselton, The Gift), and their two friends Brian (Tunde Adebimpe, Spider-Man: Homecoming) and Tilly (Jennifer Kim, Mozart in the Jungle). All six of these characters are now infected and must try to reconcile the fact that they will be dead tomorrow.

“Seimetz is facing death head-on with She Dies Tomorrow. She is standing up to it defiantly, refusing to be intimidated by that great unknown.“

Like some kind of haunted STD passed on by brief human contact and conversation, the specter of death haunts the characters through flashing neon lights, an incomprehensible cacophony of whispers, and an overwhelming feeling of dread. There is no Grim Reaper with his scythe standing at the doorway or lurking in the shadows. Death is not concrete; it is an abstraction that we must interpret, a virus with no cure. While not about the pandemic, She Dies Tomorrow is still eerily relevant to our contemporary moment that is so centered on loneliness, isolation, and the fear of death.

In these six characters, Seimetz has a multifaceted approach to death. Fear is not the only emotion sweeping them off their feet; it also comes with planning, panic, and desperation. For Amy, it is the possibility of being turned into a leather jacket. For Jane, it is an unresolved panic that leads to violence. For Jason and Susan, it is terrifying not for themselves, but for their young daughter. For Brian and Tilly, it brings a hollow acceptance that their relationship has been over for a long time. There is a clarity that comes with death, one that can either paralyze you or set you free. 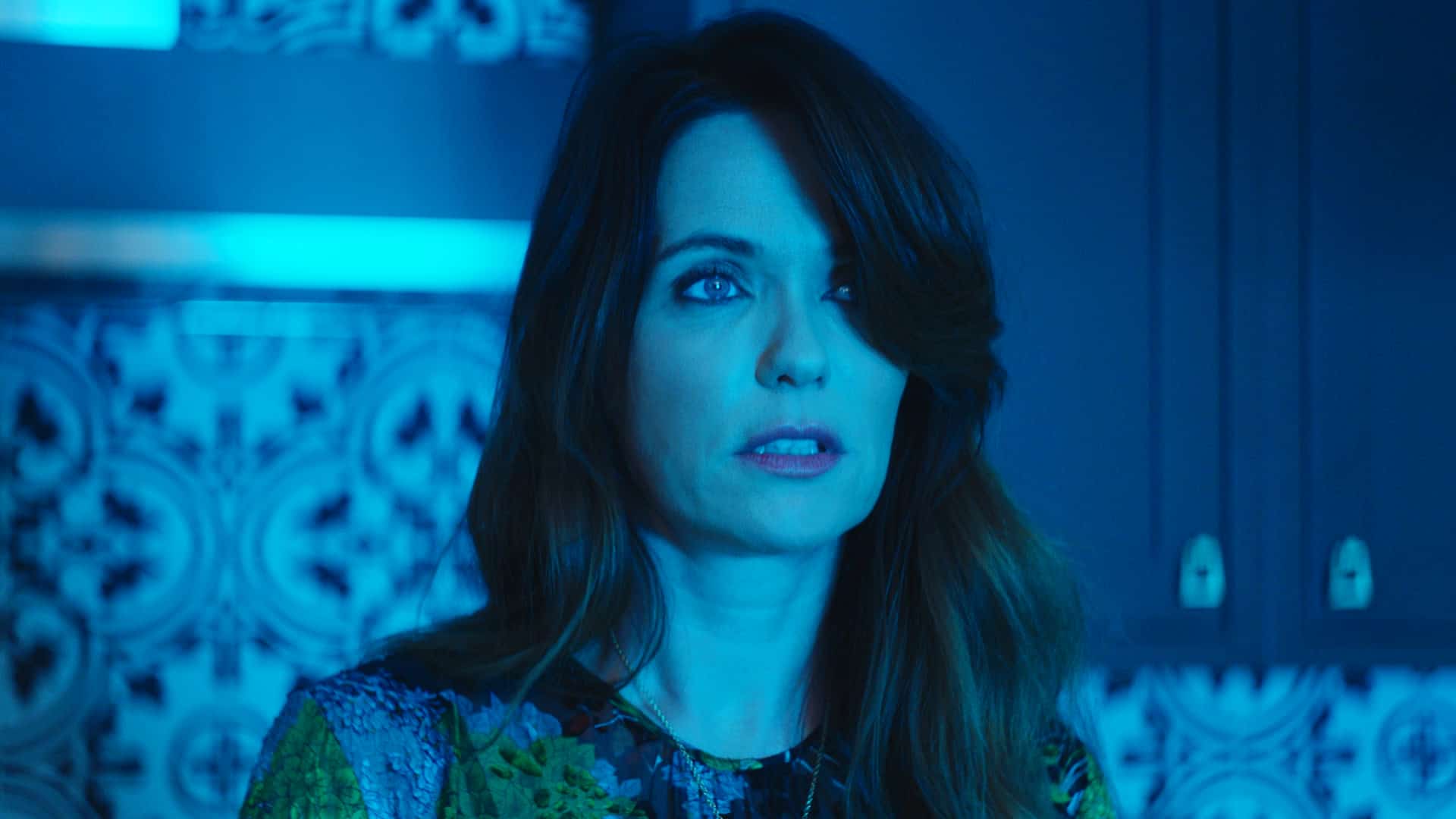 But that clarity does not come in the form of a linear narrative that offers concrete answers or a typical three-act story that will leave you satisfied. Instead, She Dies Tomorrow is about feeling. Seimetz isn’t interested in conventional storytelling, but in how we feel about what we are watching. She wants to evoke those emotions of dread, peace, acceptance, and anxiety that exist around the idea of death. It is purposefully listless, as characters wander their homes and neighborhoods with nothing on their minds except what is coming tomorrow. Adrift is perhaps the proper word to describe She Dies Tomorrow. It is adrift and yet still has a sense of direction, an oxymoron in theory and a genius idea in practice.

That oxymoron is not only accomplished through Seimetz’s direction, but also through Kate Brokaw’s editing. Stories between characters flow into one another so seamlessly, making these six characters feel intrinsically connected to each other despite their own personal journeys. Moments of drama that are built up with the booming sounds of Mozart’s Lacrimosa are abruptly ended with silence and the revelation that perhaps this moment is not as profound as you initially thought. Seimetz and Brokaw don’t want to take themselves too seriously. They are able to expertly laugh at themselves and the pretentious proclivities that come with making an arthouse indie film. 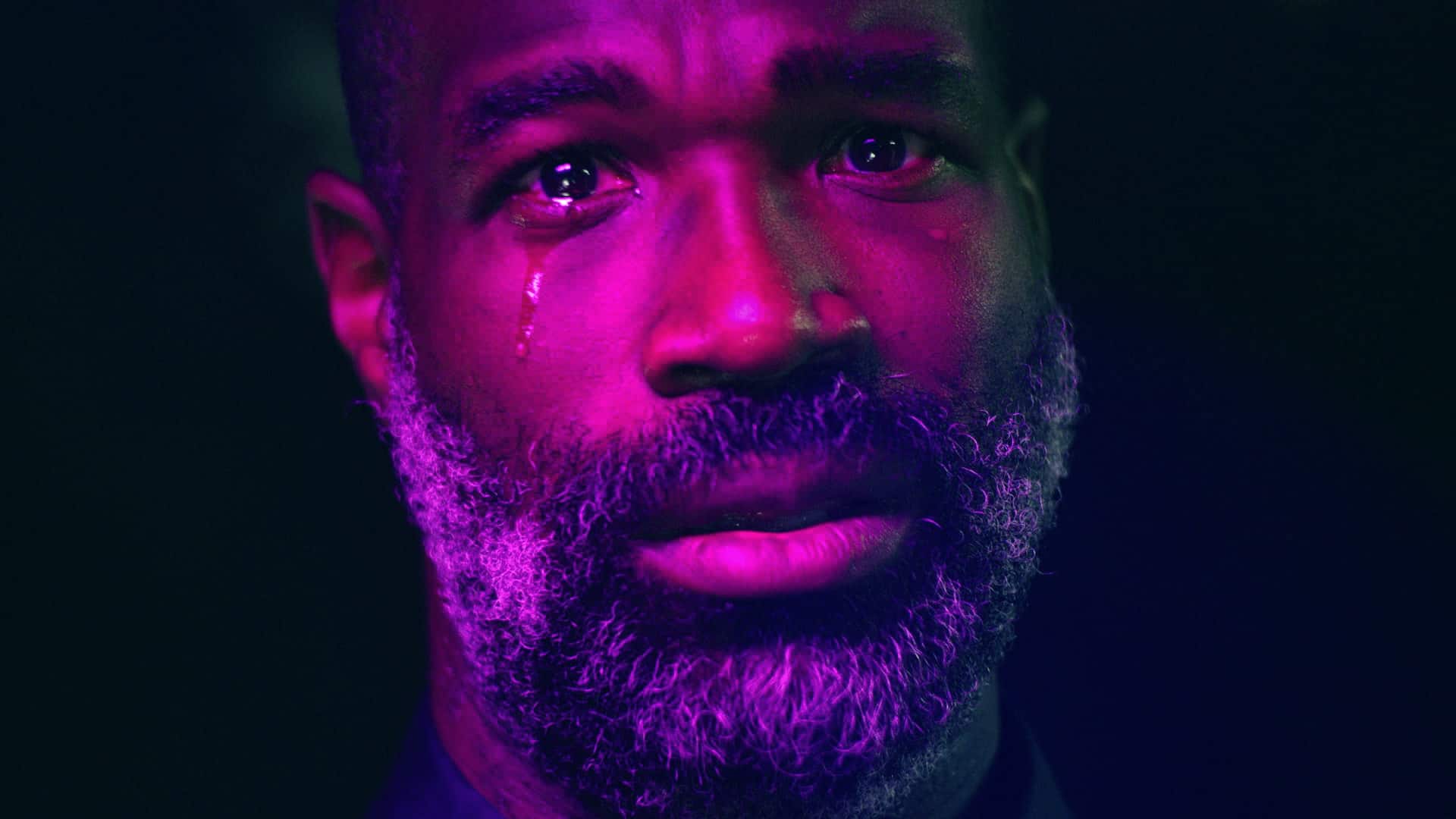 Watching She Dies Tomorrow feels like you are suspended in the ether, floating through the consciousness of its characters as if you are laying in a pool that is filling slowly with blood. Perhaps feelings of panic flutter in and out, but there is ultimately a sense of peace and resignation. Seimetz is facing death head-on with She Dies Tomorrow. She is standing up to it defiantly, refusing to be intimidated by that great unknown. Instead, she interrogates it, puts it under a microscope — literally at some moments — and shows how death, while a universal experience, is also extremely personal.

While Seimetz is best known for her acting roles in films such as Pet Sematary (2020), Alien: Covenant, and You’re Next, you can tell that her true loves are the films she writes and directs. The love poured into She Dies Tomorrow seeps into every scene as Seimetz creates a truly unique and breathtaking spin on the horror film.

“Watching She Dies Tomorrow feels like you are suspended in the ether, floating through the consciousness of its characters as if you are laying in a pool that is filling slowly with blood.”

That being said, don’t expect a traditional horror film when watching She Dies Tomorrow. Instead, expect an existential crisis awash in neon that earns itself both tears and laughter. While you may not be scared of a murderer or a ghost, you will be consumed with overwhelming anxiety that will stick with you for days after you watch the film. It is the perfect way to ponder your place in the universe and reassess how you’ve lived your life. You may even find yourself asking, “If I die tomorrow, did I do enough? Am I happy?” Those thoughts alone may just keep you up at night more than any monster hiding under the bed.

She Dies Tomorrow comes to VOD on August 7. Let us know what you think of it on Twitter, in our Official Subreddit, or in the Fiend Club Facebook Group! 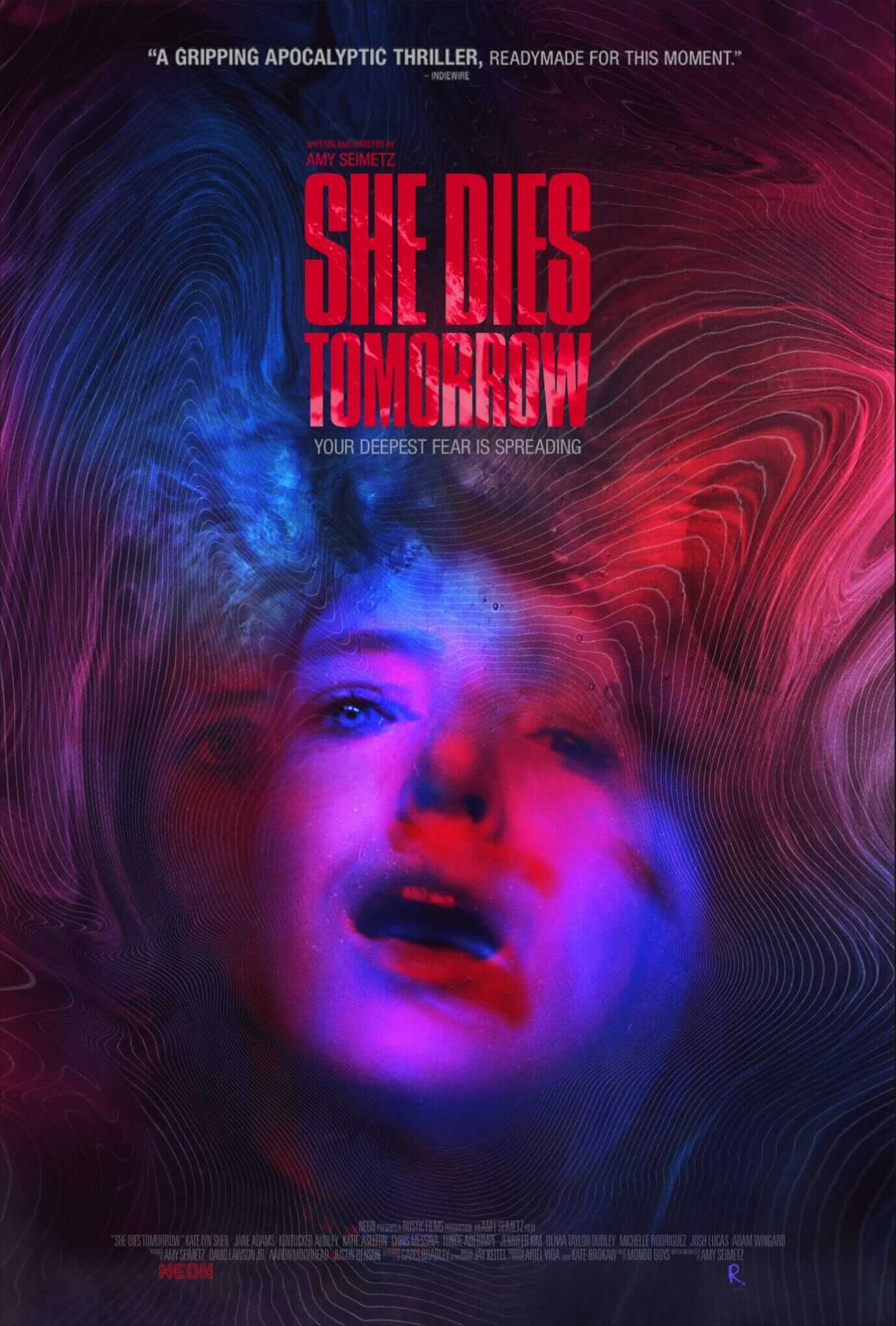 TLDR Watching She Dies Tomorrow feels like you are suspended in the ether, floating through the consciousness of its characters as if you are laying in a pool that is filling slowly with blood. Perhaps feelings of panic flutter in and out, but there is ultimately a sense of peace and resignation. Seimetz is facing death head-on with She Dies Tomorrow. She is standing up to it defiantly, refusing to be intimidated by that great unknown. Instead, she interrogates it, puts it under a microscope — literally at some moments — and shows how death, while a universal experience, is also extremely personal.