Horror films are not kind to rural life. People who live outside of “civilized” cities are evil, unintelligent hicks as seen in films like Texas Chainsaw Massacre, Deliverance, Wrong Turn, and so many others. All they seem to know is torture, murder, and (sometimes) drugs. They are portrayed as less than human. However, director Jen McGowan’s second film Rust Creek pushes on that trope and tries to create a more sympathetic view of such characters, while also creating a badass rendition of the Final Girl.

Rust Creek begins with college student, Sawyer (Hermione Corfield, Star Wars: The Last Jedi), on her way to a big job interview over Thanksgiving break. She is initially presented as stuck-up and wealthy, from her perfectly-manicured nails to her entitled attitude. However, that is torn down almost as quickly as it is presented. As she stops in the titular Rust Creek to find her way through the country roads of Kentucky, two local men pull over to give her some help. However, they have much more sinister intentions.

“Rust Creek pushes on [the scary redneck] trope and tries to create a more sympathetic view of such characters, while also creating a badass rendition of the Final Girl.”

As one of them tries to grab her, Sawyer instantly fights back—someone paid attention in self-defense class. She escapes into the woods with a bleeding leg, no phone, and no idea where she is. But, she is never portrayed as a victim. Instead she is presented as a female character who will fight tooth and nail —literally— for her survival. As she actually rips off her acrylic nails because they are only slowing her down, it becomes very apparent that Sawyer will do anything to make it out of the woods alive.

While looking for help, she runs into Lowell (Jay Paulson, Mad Men), cousin to her attackers. He cooks meth in a trailer hidden in the woods, a stereotype so commonly used to portray rural life. But instead of trying to hurt her, he protects her and hides her from his cousins. He even teaches her how to cook meth in a rather heavy-handed scene that is meant to be endearing. While Sawyer hides out in his trailer, Rust Creek also brings in the corruption of the local police and how the chief is bent on covering up Sawyer’s disappearance as to not expose his meth operation (yes, surprisingly, the local sheriff is in on the local drug dealing scene).

At the core of Rust Creek is Corfield’s phenomenal performance as Sawyer, an almost mysterious female protagonist. We are given very little information about her. We don’t even learn her name until about 45 minutes into the film. Most of what we learn about her is through visual cues and small bits of dialogue. It is refreshing compared to elaborate backstories that can sometimes be fueled by cheesy and forced dialogue. Instead, the camera focuses on things like Sawyer’s self-defense abilities, and her first-aid knowledge as she cares for her wounds. This lack of information lets the audience create their own assumptions about Sawyer, then tears them down as she fights for her life for the film’s entire runtime. Jen McGowan creates a new kind of Final Girl with Sawyer as she tears, fights, and limps her way to the film’s end.

Rust Creek relies on a lot of common horror tropes, from the meth-cooking rednecks to corrupt local cops, to create its narrative. But what makes this film unique and gives it heart is the development of Sawyer and Lowell‘s relationship. Sawyer initially only assumes the worst about him, which is fair as he has her chained up in his trailer. But, as they begin talking to each other, the stereotypes the film seems to rely on are broken down, which culminates in Meth Cooking 101. As Lowell teaches her how to combine the ingredients, Sawyer very pointedly remarks that it is just like chemistry, which veers very much into cheesy and ‘wow you really aren’t a stupid hick’ territory. Despite this heavy-handed scene, there is humanity in their relationship as they begin understanding each other’s backgrounds, motivations, and struggles.

This is also a beautiful film to watch, with a chilling aesthetic similar to Winter’s Bone (2010). Stark trees, crunching leaves, and oppressive grey all make Rust Creek feel like America’s bleakest, most unforgiving small town. As Sawyer limps through the woods, you can feel the chill in the air and can feel her hope drain away; in these vast woods, there really is nowhere for her to go.

The biggest problem with Rust Creek, though, is that it has too many plot lines. Instead of focusing on the relationship between Sawyer and Lowell, the film bounces to the cops and the two other local men, trying to weave a plot of conspiracy and corruption. While it creates a fascinating dynamic between all of the characters and does attempt to give all of those on screen more depth than just a stereotype, it takes away the importance of Sawyer, who begins as the film’s focal point but seems to fade into the background. It’s as if once she gets to Lowell’s trailer, which happens rather early in the film, her violent struggle at the film’s beginning is forgotten. It is a strange tonal shift that makes Rust Creek more about the men than the female protagonist.

Rust Creek is a fascinating addition to the small-town-backwoods-people subgenre, giving all of its characters more depth and nuance than typically seen in these horror films. The “rednecks” are not just buck-toothed hillbillies with low IQs. They are depicted as people even if some of them are the bad guys. It may not be perfect, but it is a step towards interrogating horror’s typical representations of rural life and lower economic classes.

Rust Creek is distributed by IFC Midnight. It hits theatres and VOD on January 4, 2019. Let us know what you thought of the film on Twitter, Reddit, and in the Horror Movie Fiend Club on Facebook. 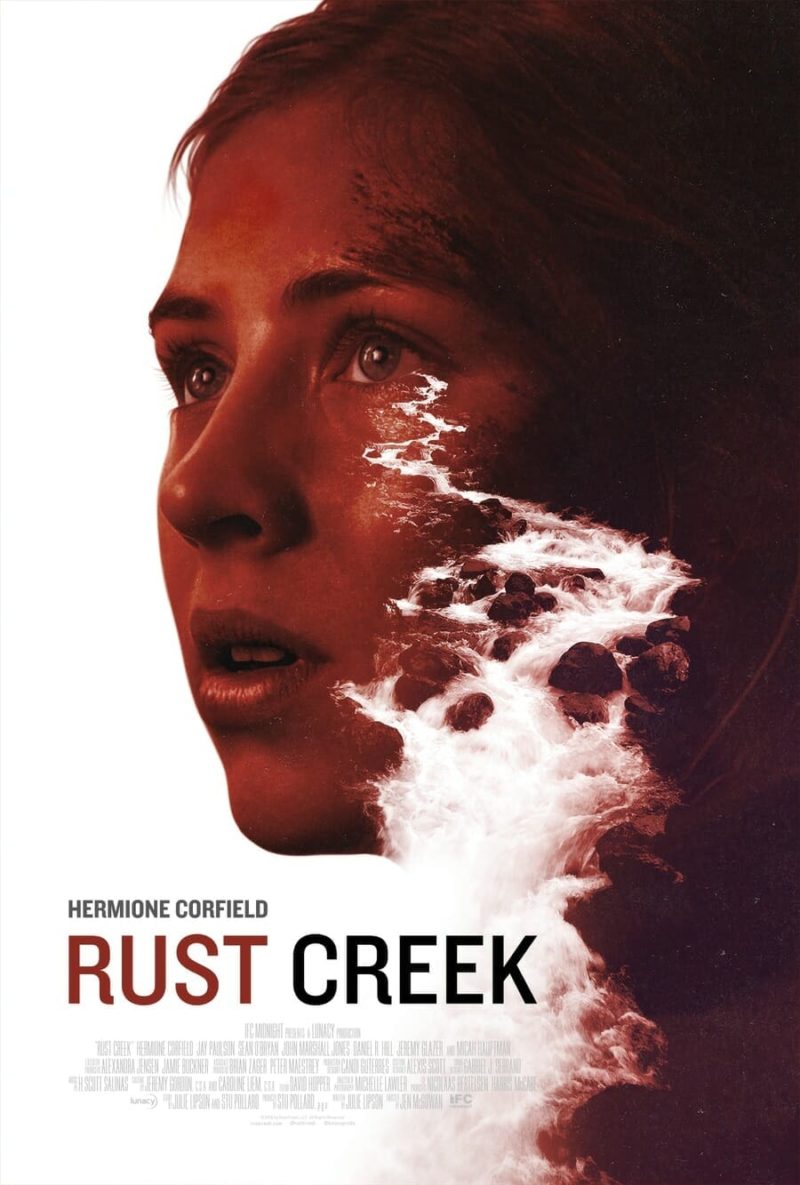 TLDR RUST CREEK is fascinating addition to the small-town-backwoods-people subgenre, giving all of its characters more depth and nuance than typically seen in horror film. Its character are not just buck-toothed hillbillies with low IQs, but are depicted as people. It may not be perfect but it is a step towards interrogating horror’s typical representations of rural life and lower economic classes.