While we see a fair share of movies about the elusive and iconic Bigfoot, the Wendigo is far less depicted; this legendary entity of Native American origin is notorious for cannibalism and other ghoulish behaviors. There is a history of making Bigfoot more friendly and widely appealing, but the myth of the Wendigo is terrifying through and through with little chance of redemption. And with its ties to human nature, it’s only understandable stories about the Wendigo scour the darkest and most unspeakable parts of our souls.

Bruce Wemple’s previous movie Monstrous feels like a template for The Retreat; both stories concern visits to the countryside going terribly awry for urban dwellers. In this movie, though, ambiguity is in increasing presence seeing as the Wendigo isn’t a tangible force like Bigfoot. For Gus (Grant Schumacher) and his best friend Adam (Dylan Grunn), their bucolic getaway is exactly what the doctor prescribed. They arrive at their accommodations for the night before going on a planned hike in the Adirondack High Peaks; their host, an enthusiastic follower of the Wendigo, tells his guests of the fabled spirit that preys on mankind’s worst traits. While on their hike, Gus and Adam partake in some hallucinogenic drugs that lead to one of them committing a heinous crime. Now, what was meant to be a time of healing for two friends, turns into a desperate fight for survival.

At first, you might feel misled by the basic plot of The Retreat; you’re obviously expecting a legitimate monster movie about the Wendigo. What you actually get is more along the lines of a psychological thriller whose madness is deepened by vague and familiar horror elements. As disappointing as that sounds, Wemple exerts himself when crafting an unsettling tale of broken friendship and personal wickedness.

With Adam getting married soon, Gus has become more and more concerned about their friendship; it’s obvious Gus resents Adam‘s fiancée. Once the men go on their hike, though, it seems like there’s hope for reconciliation. That is, until Gus’ innermost demons surface after he drinks far too much of that psychedelic tea. Things quickly take a dark turn and the movie heads straight for cerebral territory.

“[…] a psychological thriller whose madness is deepened by vague and familiar horror elements.”

Beautiful cinematography accompanies a descent into abject paranoia and fright. Snowy vistas and storybook wintriness help to seal in the cold despondency the main character suffers. There’s a stabbing discomfort to the events that unfold; you’re never quite sure of what’s really happening or if it’s only a figment of someone’s imagination. This frequent lack of materiality adds to the director’s objective for total distortion, but it might also grow taxing on those of us watching with no concrete idea of what Wemple is in search of. Nonetheless, the audience will likely experience the vicarious effects of Gus‘ delirium and question the reality of the situation at hand.

The Retreat seeks a substantial underplot about the two main characters’ friendship; this appears to be a common theme in the filmmaker’s growing body of work. Here, we become privy to Gus‘ fear of being abandoned and the very relatable concern that maybe our best friend doesn’t consider us their best friend. In the near absence of overt terror like, say, a monster running around and mauling people, viewers instead witness the manifesting chaos within a man’s guilt-ridden mind. It all plays into that theory that we become our own monsters. In essence, this is a horror movie about a Wendigo regardless of the hazy execution. When we consider the folklore behind this fearsome monster, it only makes sense to have its presence be connected to a person’s subconscious. After all, it’s explained early on that the Wendigo here “preys on the most selfish, the most corruptible” of people.

Wemple is speedily launching a trademark formula among modern monster movies — he marries the science of the mind with wild things that defy the basic laws of science. The director’s method isn’t for everyone as he forfeits conspicuous scares for more creeping dread and the occasional money shot. However, there’s something to be said about his yearning for unconventional creature features where above all, humans always prove to be the real monster.

The Retreat is now available for purchase or rental at digital retailers. Share your thoughts on this movie with the Nightmare on Film Street community on Twitter, in our Official Subreddit, or in the Fiend Club Facebook Group! 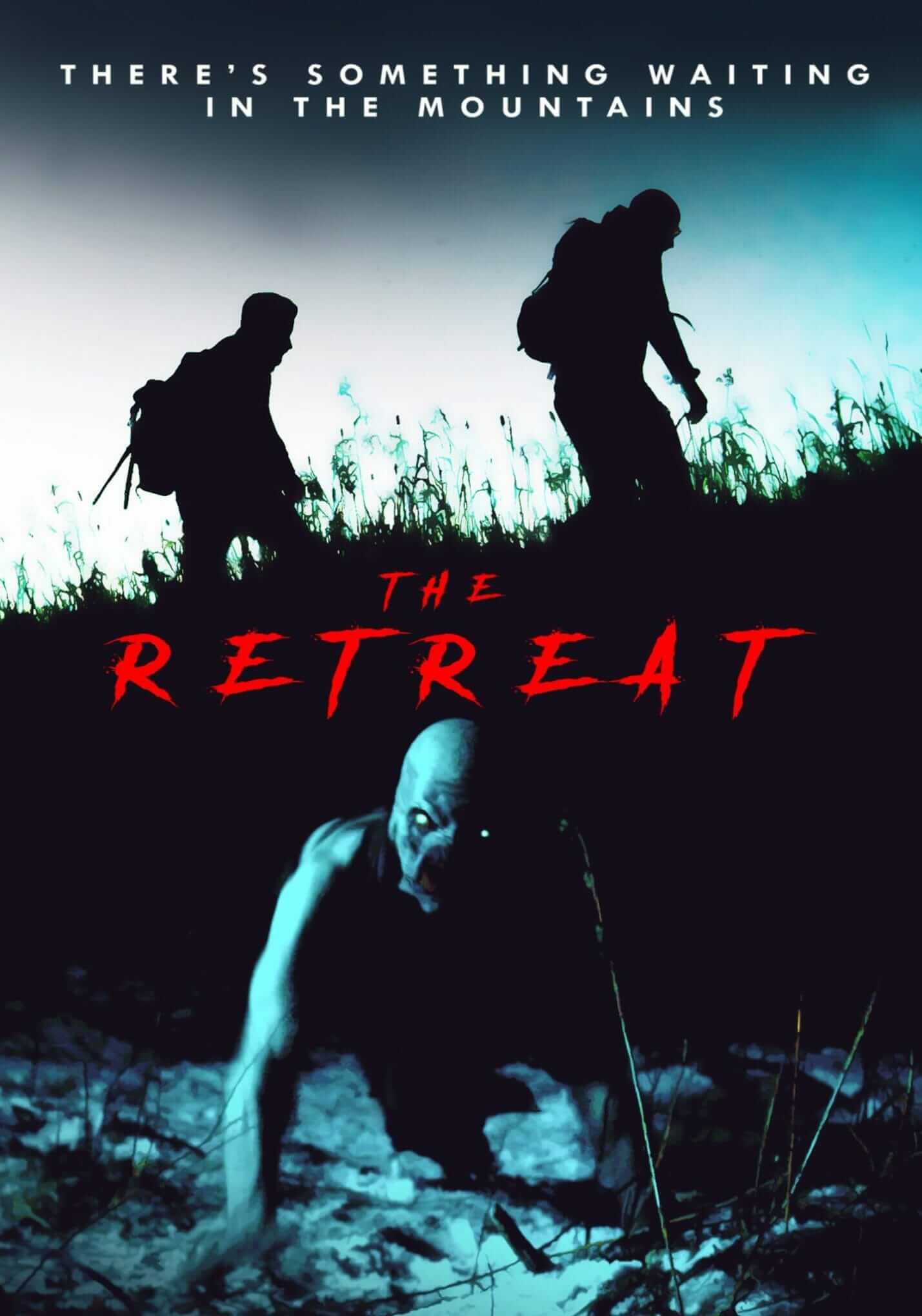 TLDR At first, you might feel misled by the basic plot of The Retreat; you're obviously expecting a legitimate monster movie about the Wendigo. What you actually get is more along the lines of a psychological thriller whose madness is deepened by vague and familiar horror elements. Beautiful cinematography accompanies a descent into abject paranoia and fright. Snowy vistas and storybook wintriness help to seal in the cold despondency the main character suffers. Wemple is speedily launching a trademark formula among modern monster movies — he marries science of the mind with wild things that defy the basic laws of science. The director's method isn't for everyone as he forfeits conspicuous scares for more creeping dread and the occasional money shot.