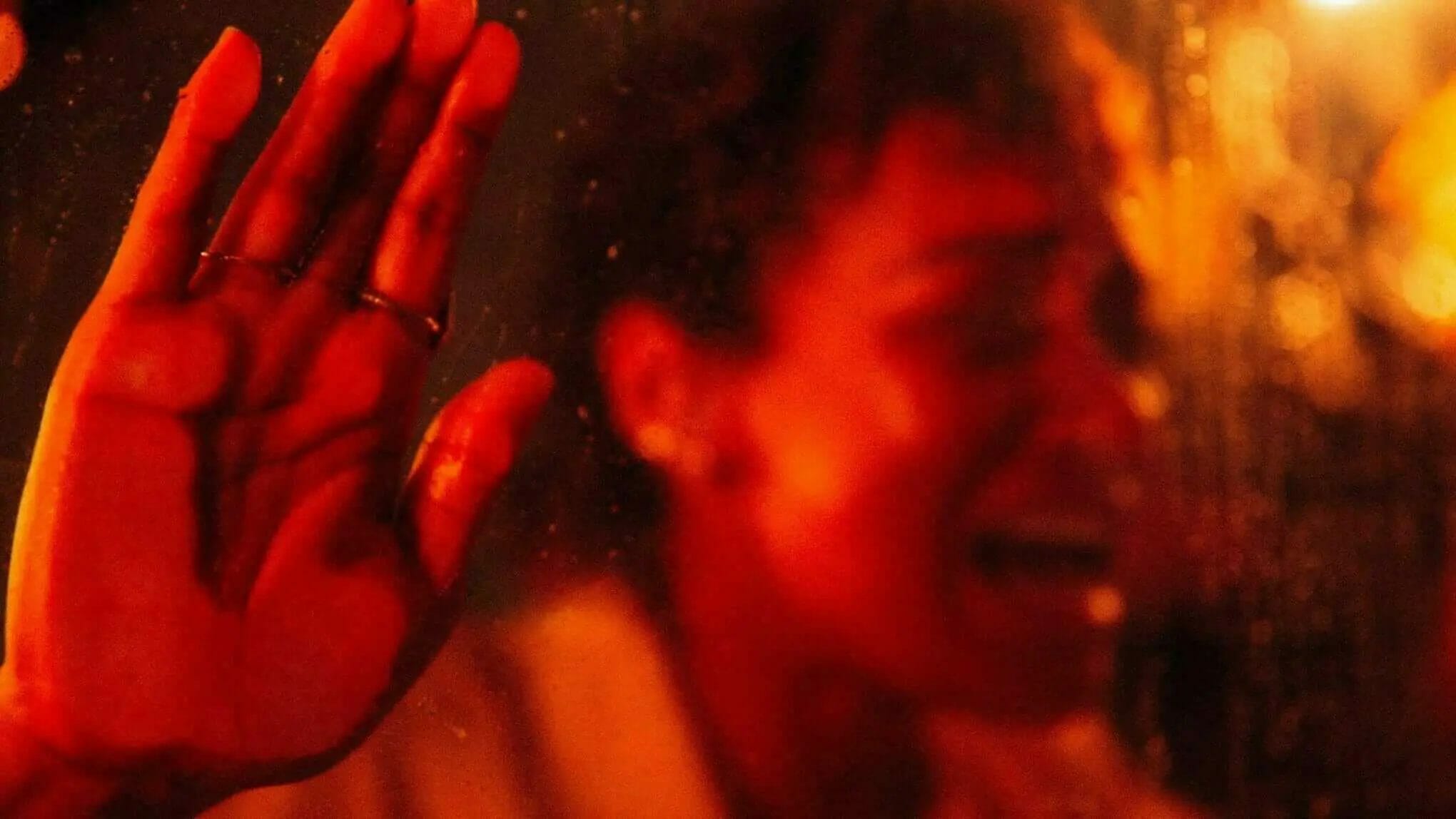 Communing with the spirits is the new party drug in Danny and Michael Philippou’s gory, ghosty stunner Talk To Me. After a raucous career on Youtube as RackaRacka (ask your kids about it) the Australian filmmaking duo have made the leap to feature films with, easily, the ghoulest horror flick at the 2023 Sundance Film Festival. It’s one hell of a fun time, with a killer setup, and it is not fucking around when it comes to crafting a good, gory scare. You ever see a person try to scoop their eyeball out with their bare fingers? …Do you wanna?

Directed by these modern brothers grim from a screenplay co-written with Bill Hinzman, Talk To Me is the fresh teenage horror my black, black heart has been waiting for. And holy shit! what a cool concept. Teenagers have always been on the lookout for the next best way to tempt fate and have a good time, but the teens in Talk To Me have no idea what they’re in for when they start summoning the spirits of the dead for the gram.

The game is simple. Give a ceramic hand a shake and say the words “Talk to me,” to see a ghost. Not enough fun? Say the words “I let you in,” to have the ghost possess your body for a rush like you’ve never experienced before. The only rule is that you must blow out a candle to end the session, and you can’t let the spirits stay inside you for longer than 90 seconds…or they might decide to stay forever 😈

And like any new dangerous teenage craze, it’s all fun and games until someone gets hurt. Unsurprisingly, these ghouls have no problem hurting people and oh boy are they good at it. Talk To Me is slick and scary, with some really cool camera work but it’s also jam-packed with tense ghost-filled sequences that last juuuuust a little bit longer than your lizard brain wants them to. There are no simple Boo! jump scares, here in a flash, gone in a second. The Philippous’ scares linger and ring every last drop of dread from every scene. There is a really well-rounded, super sad story about grief and loss at the heart of this movie but Talk To Me‘s #1 goal is to scare your pants off.

“…one of the most impressive debut features in years.”

There’s no pretension. It’s just a DOPE evil ghost movie with crazy good scares and one hell of a cast. If you think modern studio movies are too tame, or hold back too much, you’re going to love all the gory details of this pitch-black scare factory. Talk To Me is not a movie where people are safe. The “plot armor” that always seems to magically protect loveable characters when their toe-to-toe with unspeakable evil is nowhere to be found in this pitch-black ghost story. No one is safe. Absolutely no one.

Not enough good can be said about this spooky ghost-fest. Talk To Me is one of the most impressive debut features in years. The cast (especially Sophie Wilde) is incredible, and who doesn’t love an army of gnarly rotting corpse ghosts just itching to pierce the veil and wreak havoc on the living? I find it hard to believe that there will be ten other horror movies this year scarier and more fun than Talk To Me so be prepared to see this one on everyone’s best horror of 2023 lists. I know it’ll be on mine.

“Talk To Me is not fucking around when it comes to crafting a good, gory scare.”

Danny and Michael Philippou’s Talk To Me celebrated it’s World Premiere at the 2023 Sundance Film Festival. Click HERE to follow our continued coverage of the festival’s horror titles and be sure to let us know if you’d shake hands with the dead over on Twitter or in the Nightmare on Film Street Discord!
Not a social media fan? Get more horror delivered straight to your inbox by joining the Neighbourhood Watch Newsletter.

[Sundance 2023 Review] Possession is The New Party Drug in Australian Ghoul-Filled Shocker TALK TO ME
TL;DR
There is a really well-rounded, super sad story about grief and loss at the heart of this movie but Talk To Me's #1 goal is to scare your pants off. It's one hell of a fun time, with a killer setup, and it is not fucking around when it comes to crafting a good, gory scare.
Story
85
Performances
90
Scares
90
Cinematography
95
90
SCORE