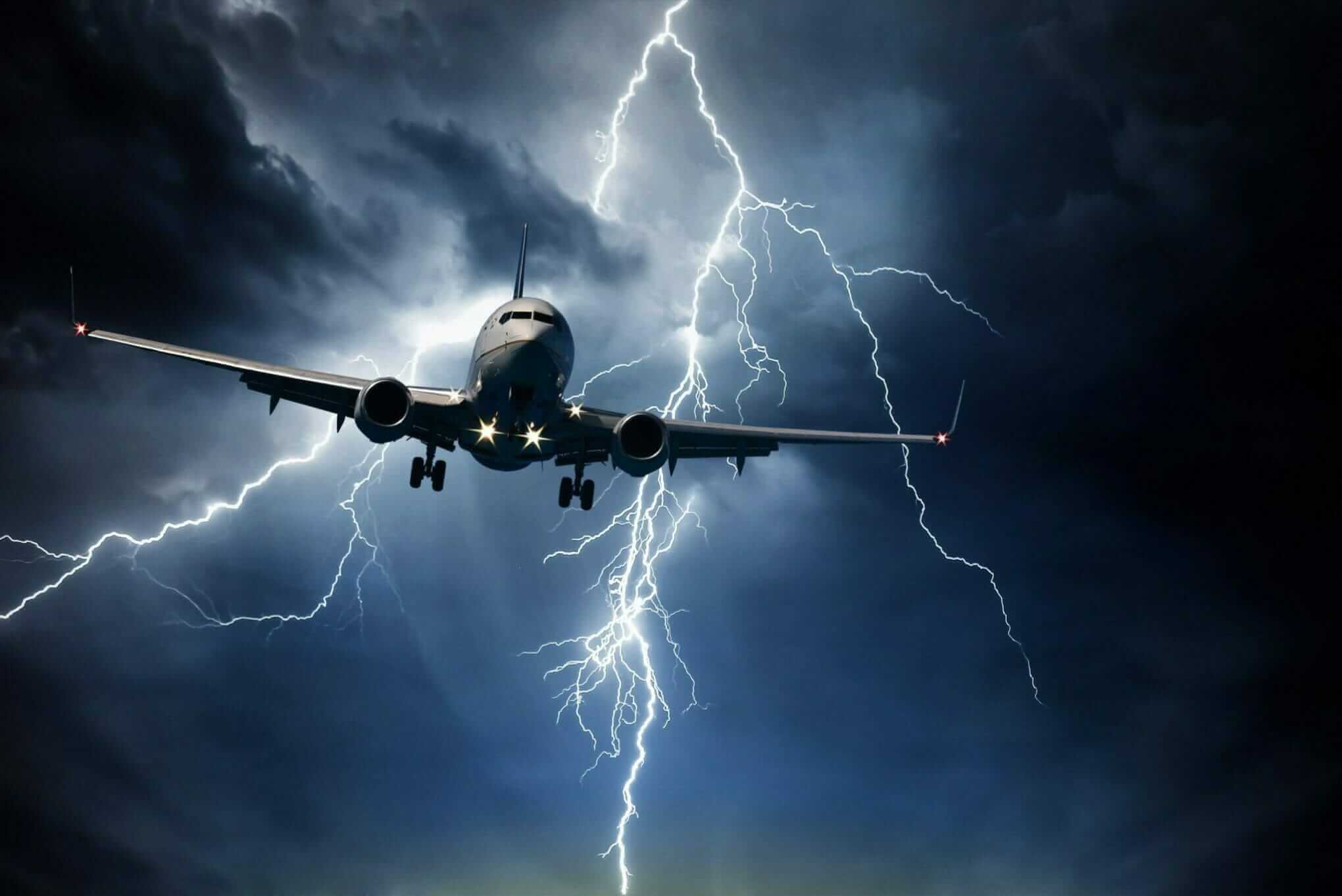 Terror At 20,000 Feet: 10 Horror Movies To Make You Reconsider Boarding A Plane This Holiday Season

With the holidays looming near, many of us have to start considering our travel plans. Maybe you read my last listicle about the dangers of road trips and how taking to the open road can go wrong, and now you’ve decided that booking a flight is the better, safer bet. Sike! There’s just as many horror movies about the ways in which air travel can go to Hell and I’ve compiled 10 of them for you here now.

Reminder: No matter what you do or where you go, horror can always follow. And here are 10 Terrifying Tales of Air Travel Gone Wrong 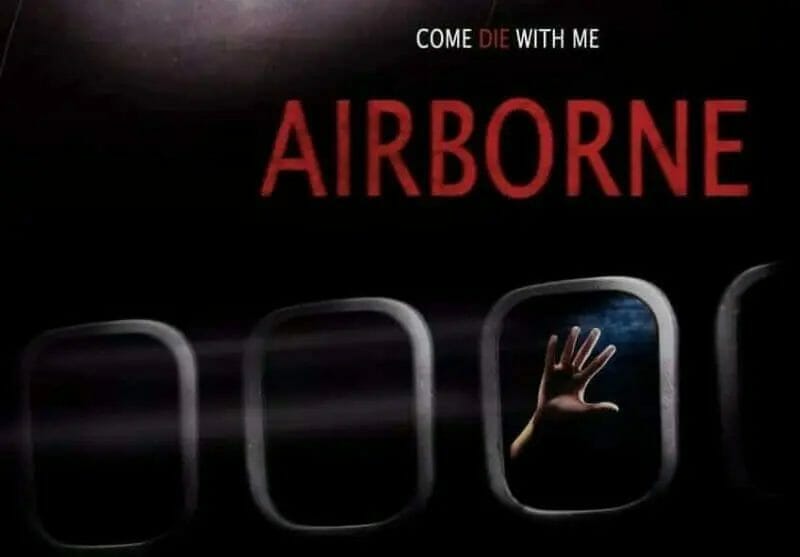 As seen in other films of this little sub-genre, Airborne is another “terrorists hijack plane” as well as “passengers begin to disappear one by one” movie. However, there’s an interesting twist in this one. The hijackers here are after a supernatural artifact. One that houses an evil ancient Chinese spirit that can possess human bodies and kill everyone around or related to them. Hence the apt title, Airborne.

Like a virus, the evil spirit goes from host to host, as the lore of the ancient curse is revealed to our main cast. The ending of this movie is dark and tragic, the passengers of the doomed flight realizing there is no unselfish or safe way out of their predicament. Interestingly, this movie also stars Mark Hamill on the air traffic control staff that’s monitoring the flight. He opens and closes the film and you’d be doing yourself a disservice if you didn’t check this one out just to enjoy his role.

One of the themes you’ll have to contend with when writing a horror story that takes place on a plane is confinement, claustrophobia, and a small cast. This can work to the benefit of the horror in the story because feeling trapped while dealing with nightmare situations can only make things scarier. Now, I don’t expect any of you to be traveling in a WWII-era B-17 bomber but imagine being stuck in the Sperry ball turret below the plane as giant bat creatures and enemy planes attack. Pretty big bummer, right?

Shadow in the Cloud is special because most of the film takes place with one single character in that one tiny little space, and it wouldn’t be as effective if it wasn’t for Chloe Grace Moretz being such a talented actor. There are some ridiculous scenes and impossible physics in this film but there are also cool monsters so just sit back and enjoy the ride. 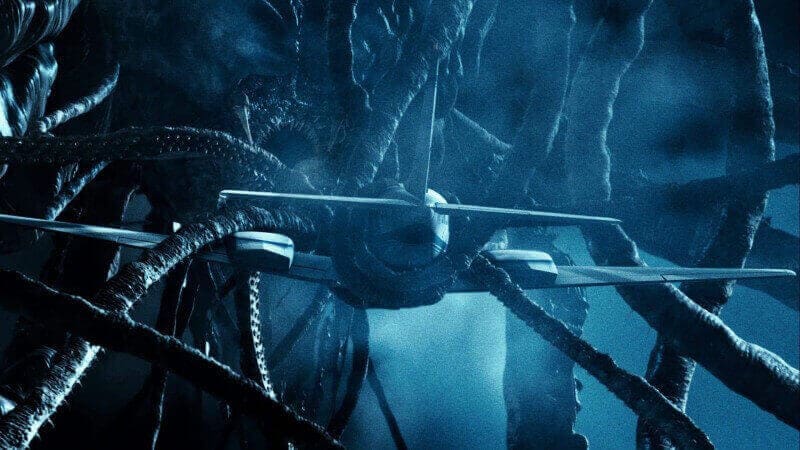 If you decide to go the private plane route, make sure it’s not a tiny, sketchy airplane piloted by a literal teenager who just got her license and isn’t trained to fly through clouds. Yes, you read that right. But as the plot of Altitude continues, we learn that these aren’t your average clouds anyway. Kind of like how the fog in John Carpenter’s The Fog isn’t your average fog.

These supernatural clouds contain some Lovecraftian air-squid monster that may or may not be the manifestation of a kid with psychic powers’ mental trauma. I’m not exactly sure that I’m smart enough to understand the implications of the end of this movie but the mood is extremely tense and each death in the film is creative and interesting. Imagining yourself in this situation provides all the anxiety you need to opt-out of scary little private airplane travel. 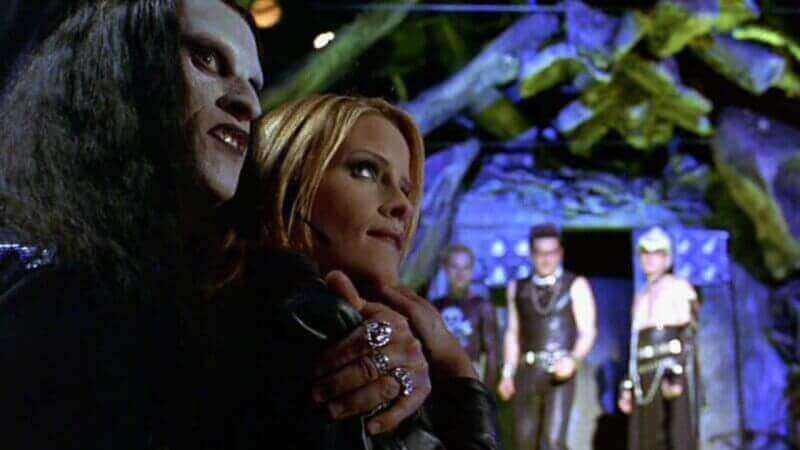 Again, perhaps technically more of an action/thriller, I’m giving this one a horror pass because the terrorist group that hijacks the plane are members of a Satanic cult. This movie is a lot cheesy, but it’s got some fun characters, including genre veteran and all-round badass Rutger Hauer (The Hitcher) as one of the flight crew.

The premise is a lot of fun: a goth rock band plans to play a concert in-air and streams the whole thing online (a wild and innovative concept in the year 2001). So the plane is filled with a huge crowd of goths, metalheads and some press covering the event. Once the hijacking plot is revealed, it’s anyone’s guess who on board are in on the scheme. By the time we reach the classic “if the captain is dead- then who’s gonna land the plane??” scene, you’ll be cheering for our main characters to make it through. 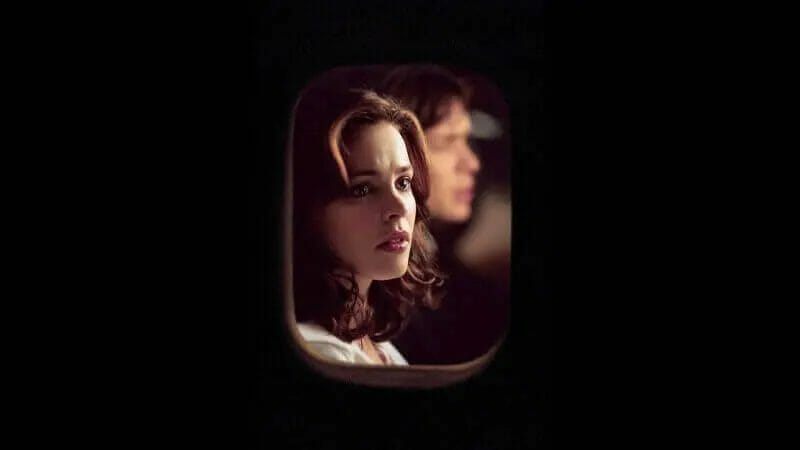 Many of the films on this list could be interpreted as action/thriller or suspense/drama and that’s the case with Red Eye, however, by the climax of this movie it feels exactly like a classic slasher (from horror master Wes Craven no less). If being held hostage on a plane by a psychopathic murderer without being able to get help isn’t enough, by the time Cillian Murphy is chasing Rachel McAdams through the airport with a hole gushing blood from his neck, the horror elements are apparent.

At the end of the movie, he’s stalking McAdams around her father’s house just like a by-the-numbers home invasion slasher. Cillian is hissing dialogue through his teeth, the hole in his neck forcing him to strain for each threatening word and he’s attained full creepy killer status, dreamy blue eyes notwithstanding. The Langoliers, just like the original It (1990), is an ABC miniseries based on work by Stephen King. This is a tv movie from the 90’s that relies on CGI for its creature FX, which can be a major failing for modern audiences. There’s so much build-up for the arrival of The Langoliers and when we finally see them and they have a level of digital rendering that looks a lot like the N64 that’s been in your mom’s moldy basement for a decade. Regardless, this is an extremely unique concept and probably deserves a well-done reboot with modern digital effects. Of all the answers to “what could go wrong on this flight?” this is probably one of the scariest. 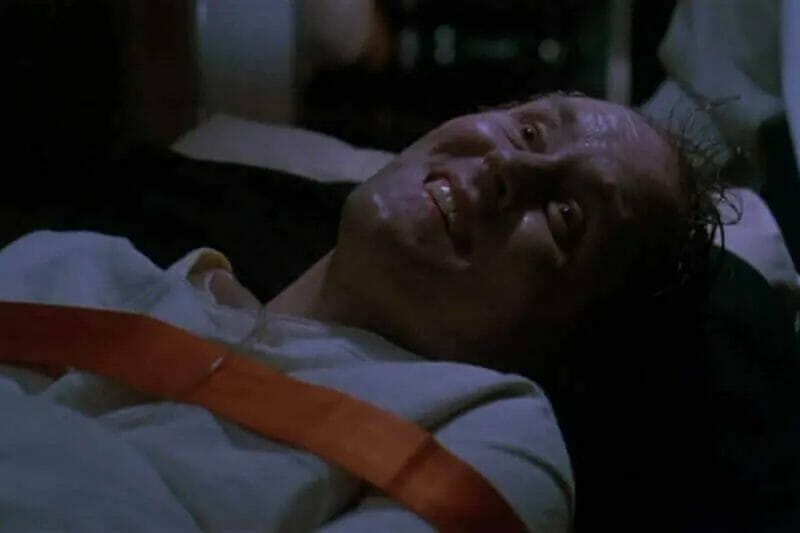 A little bit of cheating here, the plane portion of this anthology is only for one segment, which happens to be a remake of the classic The Twilight Zone episode “Nightmare At 20,000 Feet”. I think most horror fans immediately think of that episode from the TV series as the epitome of an air travel horror story, however, I think the remake has some strengths even when compared to the original.

John Lithgow takes on the role previously and masterfully done by the great William Shatner, and although definitely a different performance, Lithgow’s intense sweating and panicked speech drives home the anxiety and urgency he’s feeling after seeing something on the wing of the plane. Lithgow’s unnerving performance isn’t the only strength of the remake though. The original gremlin used in the original episode had that distinct “dude in a fuzzy suit” look, whereas the creature FX done on the monster in the 1983 film is terrifying. Maybe next time you’ll choose the aisle seat instead. 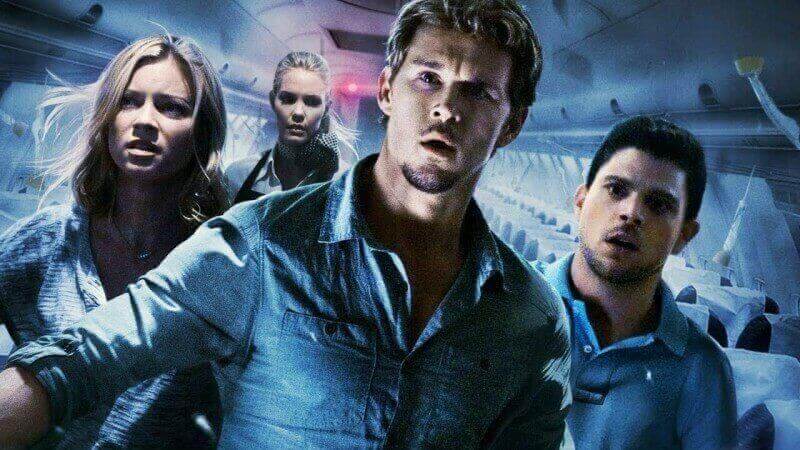 One of the entries on this list that is a straightforward horror movie, Flight 7500 does have action, suspense, and mystery elements but the supernatural theme keeps it strictly in the horror section. This movie is not just a decent entry into the world of airplane horror, but it boasts a star-studded cast that will be familiar to horror fans, including Ryan Kwanten (Glorious), Amy Smart (The Butterfly Effect), Christian Serratos (The Walking Dead), Scout Taylor-Compton (Halloween), and Leslie Louise Bibb (Trick ‘r Treat) just to name a few.

After a truly disturbing death scene, the tone of the film stays tense throughout, as the small group of passengers we’ve grown to know and care about try to understand what is happening on board the flight. There are also some genuinely scary scenes once the corpse is moved to an isolated section of the plane, my favorite being when a flight attendant is grabbed and pulled up into an overhead storage bin by an unseen malevolent force. Fun! This movie was a genre fan favorite in 2021, which was refreshing because it’s a foreign film that practically came out of nowhere and doesn’t star anyone that American horror audiences would immediately recognize. It’s got many action/thriller elements as it’s one of many on this list that falls into the “plane hijacked by terrorists” subgenre but what sets it apart is that as the action continues, we slowly come to find that Blood Red Sky is a VAMPIRE movie!

Now usually, having a vampire on your flight is not a happy thought. But when that vampire is the only thing standing between the passengers and the terrorists, she actually becomes the hero of the film (despite eating a dog early on…) which is rarely seen in the genre. This movie also gets props from me for being the only one on this list to actually acknowledge that discharging a firearm on a plane would, in fact, totally wreck your hearing for a while. Just saying. Final Destination is the number one movie that comes to mind when you think about what could go wrong on a plane. The first installment in a timelessly fun and rewatchable series of films, Final Destination features one of the most terrifying depictions of an air disaster ever committed to film. Immediately after takeoff, everything you can imagine going wrong with a plane goes wrong in a sequence that establishes the tone for not only the rest of the movie but the entire franchise. After watching Devon Sawa’s face get melted off for what feels like an eternally lingering shot at the end of an already unsettling premonition sequence, you’ll probably feel like skipping the in-flight meal.

So after this modest list of airplane horror movies, have you decided to keep your tray table up and your seat back in the full upright position until the pilot turns of the seatbelt sign? Or are you bailing on the whole idea of flying to your destination? Share your travel plans and your favorite scary air travel movies with us over on Twitter or in the Nightmare on Film Street Discord!