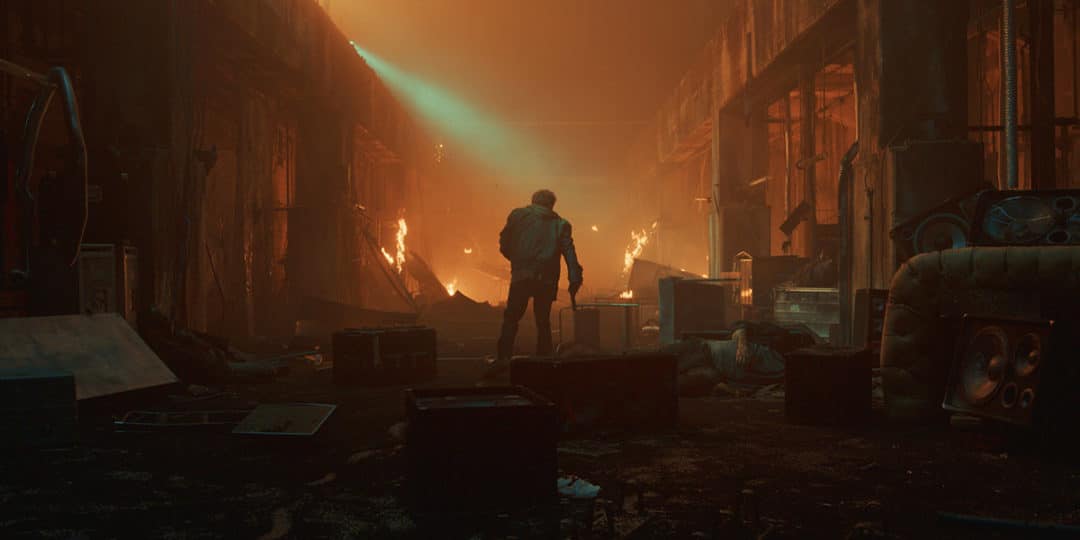 In the face of prevalent everyday violence, desperate people search from something to blame. Grasping at straws, they blame video games for inspiring shootings, stating their simulated violence infiltrate the minds of youth. This claim is ridiculous, which is why director Jason Lei Howden (Deathgasm) stretches it to the ultimate extreme in his new film, Guns Akimbo.

In the world of Guns Akimbo, live-streamed violence is the latest form of entertainment. A site called Skizim pits two criminals against each other and have drones film the entire event to millions of viewers, who watch and cheer on from bars, cafes, and living rooms. Violence is a commodity, something to be monetized for viewership. Computer programmer Miles (Daniel Radcliffe, Swiss Army Man) is disgusted by the site, which is why he spends hours trolling viewers, spewing insults like any experienced keyboard warrior. But, his big talk online has real-world consequences.

“Radcliffe is a perfect nerdy computer-programmer-turned-murderer […] like a dorky, incompetent John Wick”

The mods of Skizim see Miles’ comments and decide his obsession with trolling has earned him a spot on the show. To make it even better, they drill a gun armed with 50 bullets into each of his hands. He has no choice but to fight his opponent the ruthless Nix (Samara Weaving, Ready Or Not), a skinny blonde woman who has a thing for guns. Miles has to fight for his survival, running amok throughout the city with his gun hands (yes, he is called Edward Gunhands).

Guns Akimbo does not deal in subtlety and screams in your face about our society’s problem with violence. But it has fun with this message, making it feel like a video game through its pounding electronic score and its dizzying editing. The bass thumps as a constant and persistent beat, aggressively pushing the characters forward; there is no time for rest or hesitation. Paired with the score is a soundtrack full of needle drops that will have you gasping in gleeful astonishment.

Much of the humor is the type of cringe you find on Reddit message threads or YouTube comments. Howden really dives into Internet speak and peppers it throughout the script, which mostly works. There are moments that make you squirm, such as when Nix earnestly mutters the phrase “suck my clit” but you also laugh because it’s such a strange and hilarious comment (and perhaps an insult that should enter modern vernacular). But in having Miles read his troll comments out loud, we all understand just how childish they sound. He may think they’re clever and hilarious, but as he speaks them through narration, they just sound immature and embarrassing. The language of hate on the Internet becomes purposefully laughable in Guns Akimbo.

Radcliffe is a perfect nerdy computer-programmer-turned-murderer, channeling a range of shy ignorance to rage-filled vengeance. His body comedy is especially great to watch as he tries to use his gun/hands to pull up his pants, put on his shoes, use his phone, and really any other daily function. At one point he has to stressfully try to pee while trying to maneuver two weapons around quite a sensitive area. He is like a dorky, incompetent John Wick, a John Wick of the everyman. We knew Radcliffe could be a fantasy star, but who knew Radcliffe could be an action star, too?

“Guns Akimbo creates a hyper-violent and captivating narrative that speaks about viewing violence as a form of entertainment.”

As expected, Weaving goes balls-to-the-wall as the murderous Nix, which is emphasized by her bleached eyebrows and silver-adorned incisors. She is the image of violence-obsessed madness, seductively licking her guns and always itching for her next kill. She resembles an even grittier and gothier Harley Quinn as she cackles with each murder. Weaving screeches in joy and anger, darting around the frame like a madman, fueled by adrenaline and cocaine.

With films such as Joker hitting screens soon, violence in film is a hot topic, especially in trying to find the line between condoning and criticizing. By leaning as hard as possible into its subject matter, Guns Akimbo creates a hyper-violent and captivating narrative that speaks about viewing violence as a form of entertainment. It takes the idea of violence and makes it as ridiculous as possible, taking the form of a semi-clothed man adorned in giant bear slippers. Howden creates a stylized film that delights in pistol-whipping its audiences, knowing they’ll smile while it happens.

Guns Akimbo celebrated its World Premiere at the 2019 Toronto International Film Festival on Monday, September 9 TIFF 2019 runs September 5-September 15 in Toronto, Ontario and you can find all of our reviews, interviews, and news HERE, as well as on Twitter, Reddit, and Facebook in the Horror Movie Fiend Club! 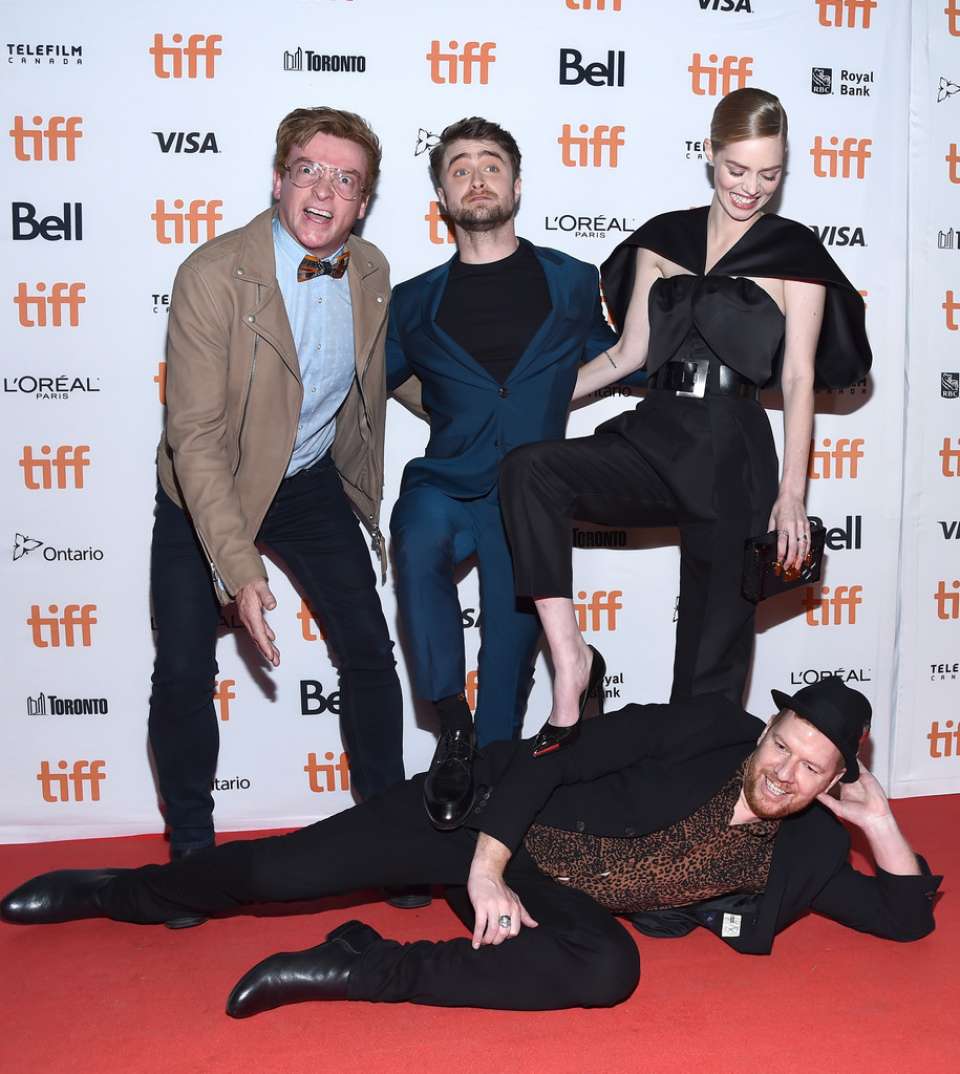 TL;DR By leaning as hard as possible into its subject matter, Guns Akimbo creates a hyper-violent and captivating narrative that speaks about viewing violence as a form of entertainment. It takes the idea of violence and makes it as ridiculous as possible, taking the form of a semi-clothed man adorned in giant bear slippers.