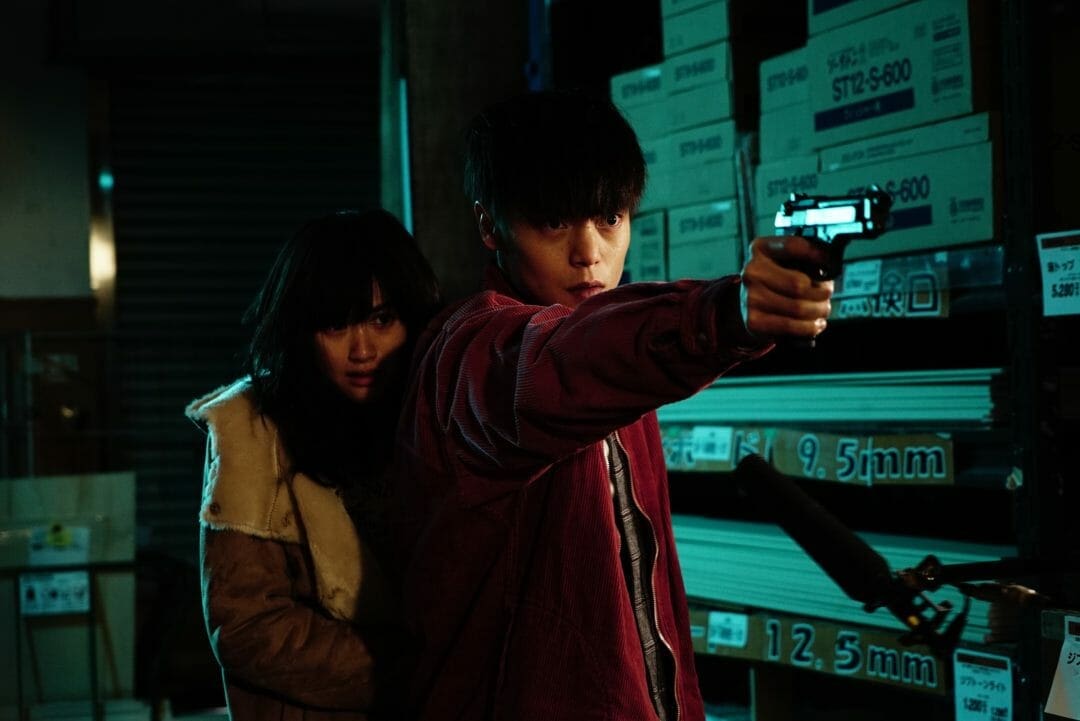 Japanese director Takashi Miike is prolific, to say the least. He has directed over 100 films, ranging from horrifying to hilarious. His sheer cinematic output and his generic range seem like impossible feats, but someone he has done it with an overwhelming sense of style. He shows no sign of slowing down, either, as he’s added yakuza action movie, First Love, a story about love, drugs, and guns, to his repertoire. While it may not be as extreme or provocative as Audition (1999) or Ichi the Killer (2001), its well-choreographed action sequences set to loud jazz mark it as unmistakably Miike.

Leo (Masataka Kubota, 13 Assassins) is a young up-and-coming boxer who only knows the world of fighting. So when he receives a terminal cancer diagnosis and a doctor’s order to stop boxing, Leo is devastated. He has no family, he works as a dishwasher at a Chinese restaurant, and he has only found worth as a fighter. He wanders the streets of Tokyo aimlessly, pondering what to do next when he runs into a young sex worker, Monica (newcomer Sakurako Konishi). He believes he’s saving her from a creep, but slowly realizes that in helping Monica, he has thrown himself in the middle of a gang war. He and Monica must figure out how to get untangled from the drug-fueled yakuza rage and save themselves from a grisly fate.

It sounds like a rather straightforward narrative, but First Love is edited to include several other perspectives, from the girlfriend of a murdered drug dealer to a scheming son of a yakuza boss to the Chinese mobsters ready to fight the Japanese yakuza. The film flips between stories seamlessly, never becoming confusing or convoluted. The inclusion of multiple storylines actually keeps the narrative interesting and chaotic, just what Miike wants. It also lets the audience become even more invested in the film’s stakes; sure, a story focused just on Leo and Monica would be interesting, but getting the perspectives of literally everyone involved in this mess is far more intriguing. The audience is almost omniscient, aware of everyone’s intentions and schemes, but never exactly knowing how it is going to turn out. 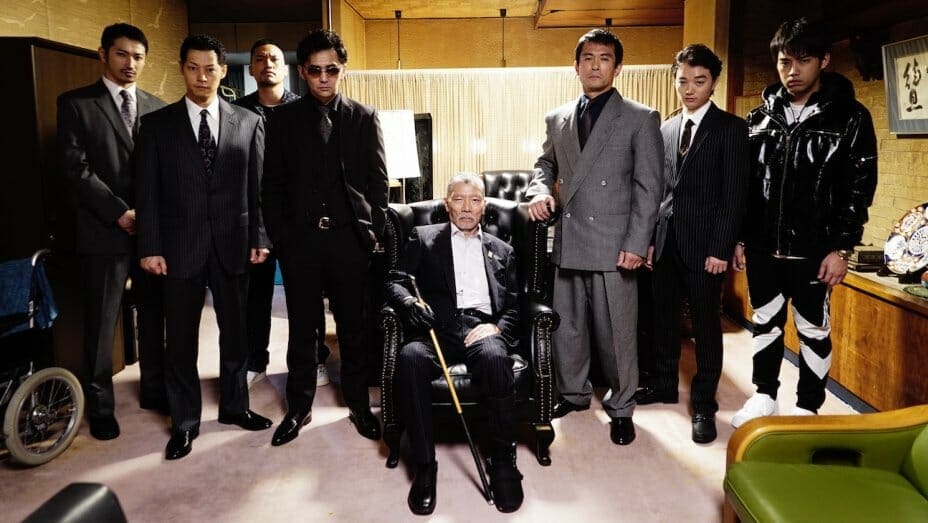 Every performance in First Love is over-the-top bonkers. Leo is the most uninterested person to ever exist, barely batting an eyelash at the violence. Monica is often in hysterics as she sees visions of her abusive father everywhere she goes. In one particularly memorable sequence, Monica sees her father in only his underwear dancing in a train car. She breaks down into fits of laughter and tears as Leo stares at her in bored confusion. Then, there is Julie (Rebecca Eri Rabone, Churasan), the girlfriend of a murdered drug dealer who is hellbent on avenging her lover’s death. Her character, who starts as Monica’s pimp, snaps into a rage-filled killer armed with a crowbar. She goes from too-cool-for-school flippant to otherworldly anger, and it is a treat to watch. Julie is the most entertaining character of the film by far, bolstered by Rabone’s performance.

But performances come second to the fight sequences where bullets fly, samurai swords slash through the air, fists connect with flesh, and heads roll across concrete floors. Every character has their own special ability, like something out of a video game. One gangster loses his arm, but is still able to nimbly shoot and load a shotgun single-handedly—literally. A yakuza boss hides his sword in a bag of golf clubs. Leo has lightning fists. All of these violent skills converge during an ultimate showdown in a massive hardware store. Assassins and gangsters wander through aisles, attacking whatever moves in the corner of their eye. While fights break out for the entirety of First Love, it all culminates in this massive battle of epic proportions.

“[First Love] oozes [Miike’s] style and eye for beautiful violence without spilling into the extremely graphic.”

Chaotic fight sequences are matched with Kôji Endô’s score, made up of screaming brass instruments and clashing cymbals. Punches land to the beat, swipes of samurai swords and crowbars move with the music, and bodies crash into cars with the crashing drums. Endo has worked on several of Miike’s movies and is able to match the energy of his films with a pitch-perfect soundtrack. First Love is no different. Endo’s choice to compose a freeform-jazz-esque score adds to the high energy, unrelenting nature of the film and makes each fight all the more exciting.

Fans of Miike will relish in First Love. It oozes the director’s style and eye for beautiful violence without spilling into the extremely graphic. It is a gangster film with a dark sense of humor, stunning fight sequences, and perhaps the most surprising and jaw-dropping use of animation of recent memory. This is a run-of-the-mill gangster movie turned up to 11. Miike shows that even after such a prolific career, he still continues to churn entertaining films unlike anything you’ve ever seen.

First Love screened as part of the 2019 Toronto International Film Festival on Saturday, September 14th. TIFF 2019 ran September 5th-15th in Toronto, Ontario and you can find all of our reviews, interviews, and news HERE, as well as on Twitter, Reddit, and Facebook in the Horror Movie Fiend Club!

TL;DR Fans of Miike will relish in First Love. It oozes the director’s style and eye for beautiful violence without spilling into the extremely graphic. It is a gangster film with a dark sense of humor, stunning fight sequences, and perhaps the most surprising and jaw-dropping use of animation of recent memory.