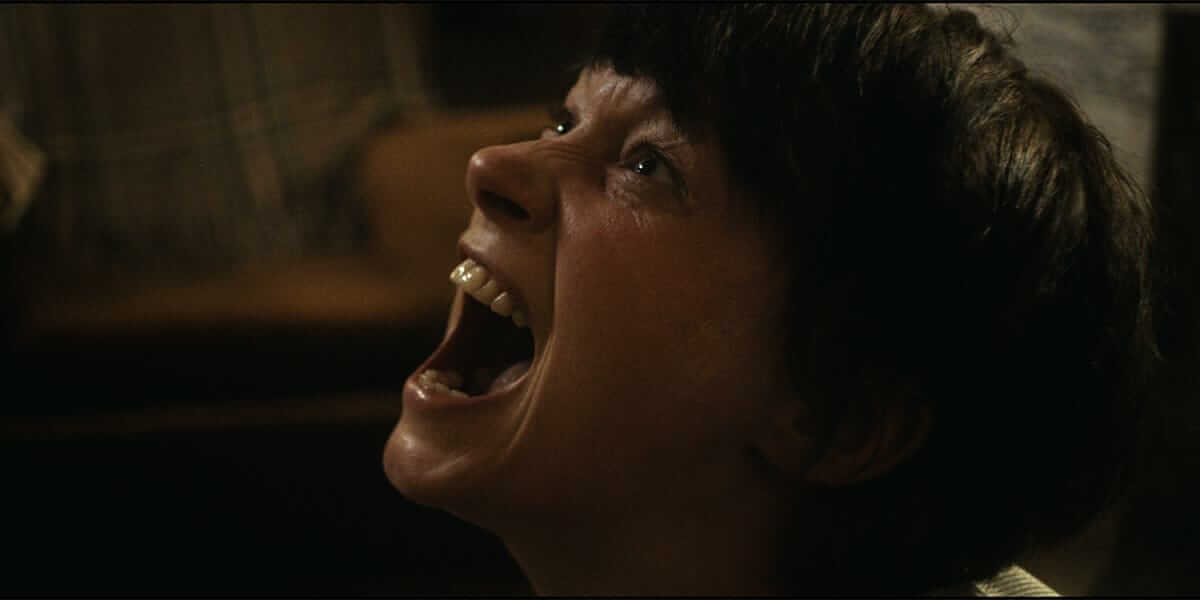 Anything can happen on Halloween night as Kate Dolan’s  You Are Not My Mother details. More likely than not, you’ll just spend the night smoking pot and laughing around a bonfire with your friends but life isn’t that simple for the troubled lead at the centre of this modern Irish folk horror. It’s a strong debut from Dolan, scattered with unsettling sequences to keep you up at night, and a brilliantly haunting depiction of ghostly warnings from the dead.

Written and directed by Dolan, You Are Not My Mother takes place over those grey days leading up to Halloween night. The film delves into the dark past of a secretive family and the folklore of fairies. The kill-you-dead kind, not the frolic-in-the-garden variety.  The film stars Hazel Doupe (Smother) as Char, a bullied teenage girl caught up in the current of her mother’s mental illness. Their whole community assumes the worst when her mother, Angela (Carolyn Bracket), disappears but she returns unharmed. Naturally, everyone is relieved to see her home again but Char‘s grandmother Rita (Ingrid Craigie) senses something wrong with her immediately. Char doesn’t want to believe it at first, but she’s soon faced with the grim possibility that something sinister has taken her mother’s place.

Anyone who’s tried to put together a St. Patrick’s Day horror movie marathon already knows that the pickings are slim. New creepy Celtic stories are always much appreciated. And call me easy to please, but bonus points if your movie takes place on Samhain. Halloween is the campfire tale of seasonal holidays, so, of course, it’s also a great setting for a freaky folklore horror. I have a few questions about its mythology but I’m sure it feels a little more airtight to anyone that’s grown up hearing stories about Changelings and Fairies their entire life. For me personally, its finale left me with more questions but there’s no denying that it is a strong debut feature from writer/director Kate Dolan.

You Are Not My Mother avoids the pitfalls of many first films. It’s cinematic AF, builds genuine moments of terror, and delivers an engaging refresh to a traditional word-of-mouth story. It doesn’t quite stick the landing as smoothly as I would have hoped but it’s also not without a handful of potent scares that use nightmare logic in the waking world to create an eerie environment of unease. Carolyn Bracket delivers a performance as the maybe-mom-maybe-monster that is more feral animal than family member. Ingrid Craigie, as well, surprises as a grandmother that we’re never sure we can trust and Hazel Doupe brings the whole thing home as a picture-perfect tortured teenager in over her head with family troubles. 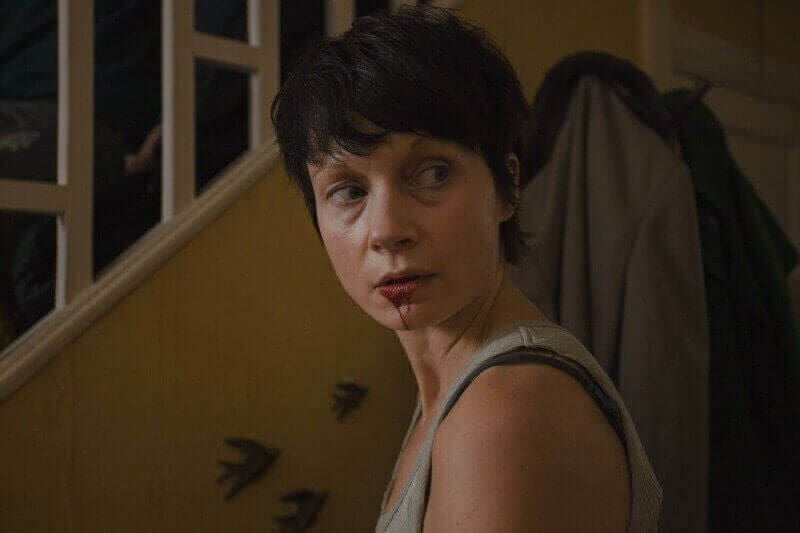 It is odd to say that a 90-minute can be too long but sometimes shorter is better. If we all started accepting 70 minutes as a perfectly normal runtime, You Are Not My Mother would be an absolute banger. It’s got a cold open that will chill you, and more than one instance of hair-raising horror.


At its core, it is the story of a daughter struggling through a dark shift in her mother’s personality. Her mental illness has cast a shadow on the entire family and one so untreatable that it may just be easier to accept that she’s turned into a real-life monster. In the evolving tradition of folklore, Kate Dolan’s You Are Not My Mother marks the emergence of a new voice in the genre, delivering a haunting tale that is sure to find its way into your annual Halloween watch-list.

Kate Dolan’s You Are Not My Mother celebrated its World Premiere at the 2021 Toronto International Film Festival. Click HERE to follow our full festival coverage and be sure to let us know what you would do if you discovered that your mother had been replaced with a fantastical creature over on Twitter, in the official Nightmare on Film Street Subreddit, and on Facebook in the Horror Movie Fiend Club! Not a social media fan? Get more horror delivered straight to your inbox by joining the Neighbourhood Watch Newsletter. Review: YOU ARE NOT MY MOTHER
TLDR
You Are Not My Mother avoids the pitfalls of many first films. It's cinematic AF, builds genuine moments of terror, and delivers an engaging refresh to a traditional word-of-mouth story. In the evolving tradition of folklore, Kate Dolan's You Are Not My Mother marks the emergence of a new voice in the genre, delivering a haunting tale that is sure to find its way into your annual Halloween watch-list.
Story
65
Scares
75
Cinematography
75
Performances
70
71