Are you looking for horror movies on amazon prime? Don’t worry. We got you.

Amazon Prime has definitely streamlined horror movie watching. But with so many options staring you in the face, ‘popping a movie on’ quickly turns into “scrolling to choose a movie to watch for an hour before finally settling on something and then falling asleep halfway through because it’s now 2am”.

We here at Nightmare on Film Street believe in finishing movies. We believe in finding something to watch while the popcorn is still warm. We believe in meeting your ideal bedtime. That’s why we have done the dirty work and scrolled through the spooky crevices and dusty back pages of the Amazon Prime catalog, to recommend 10 killer horror films that you probably haven’t seen yet. Why? Some of these films are just not buzzed about enough, some got bad reviews at release and made audiences wary, others are just scrappy indies that didn’t have the marketing budget to get anywhere near the front three pages of Amazon Prime.

No matter how these underrated gems ended up hidden, they deserve to find their audience. Plus, we just think they’re darn good. Here’s our list of 10 Must Watch Horror Movies on Amazon Prime that You Probably Haven’t Seen Yet! 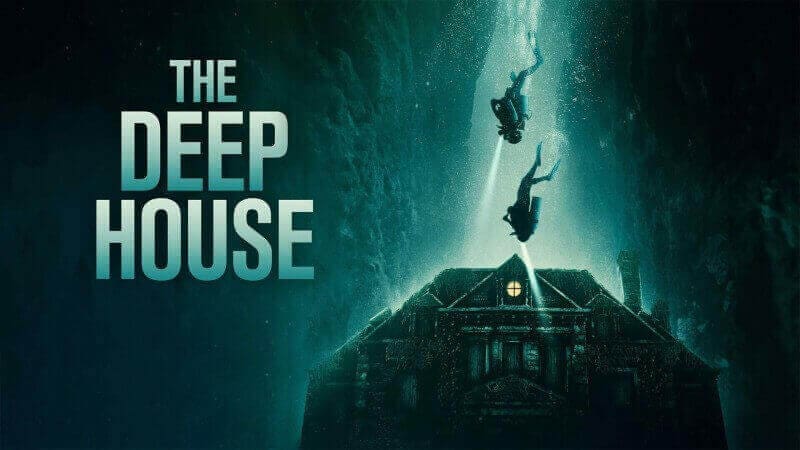 The latest flick from french extremist directing duo Alexandre Bustillo and Julien Maury (Inside, 2007) takes us deep into a haunted house tale… underwater! The premise alone makes The Deep House a must-watch, but horror audiences will shake in their boots at the top-notch terrors that lurk. Seriously. Hold on to your popcorn. This one is certified spooky.

Deep below the surface of a seemingly tranquil remote lake lies a perfectly preserved family home. When a young influencer couple sets out to explore the submerged house to capture uncharted content for their social media followers, their dive turns into a nightmare as they discover a sinister presence. With limited oxygen supply and time running against them, the couple must find a way to escape the underwater house of horrors before it’s too late.

Found Footage switches into high gear in Jung Bum-shik’s Gonjiam: Haunted Asylum. This terrifying jaunt into an abandoned but definitely occupied mental asylum is a favorite among found footage fanatics, but rarely gets recommended outside ff circles. Trust that even if you’re not a fan of the typical filming style, you’ll fall in love with the scares.

Based on the local legends and stories of people who’ve visited the real-life abandoned hospital, GONJIAM: HAUNTED ASYLUM follows the crew of a horror web show who plan to stream live from inside the asylum. To attract more viewers, the show’s host arranges some scares for the team, but as they move further into the nightmarish old building, they begin to encounter much more than expected. 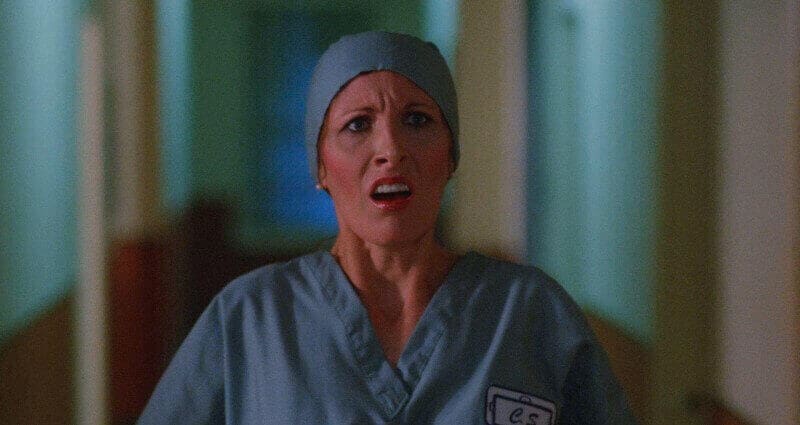 Also known as X-RAY, this 80s slasher is a zany, wild ride – perfect for watching with pals or during the wee hours of the night. The Nightmare on Film Street Fiend Club actually watched this during one of our watch parties, and it was an absolute blast! This one’s definitely an underrated crowd-pleaser.

After making what should have been a routine visit to a local county hospital on Valentine’s Day, divorcee Susan Jeremy finds herself detained for further observation. Meanwhile, a homicidal maniac disguised as a surgeon wanders around the hospital, killing all the staff members associated with her. 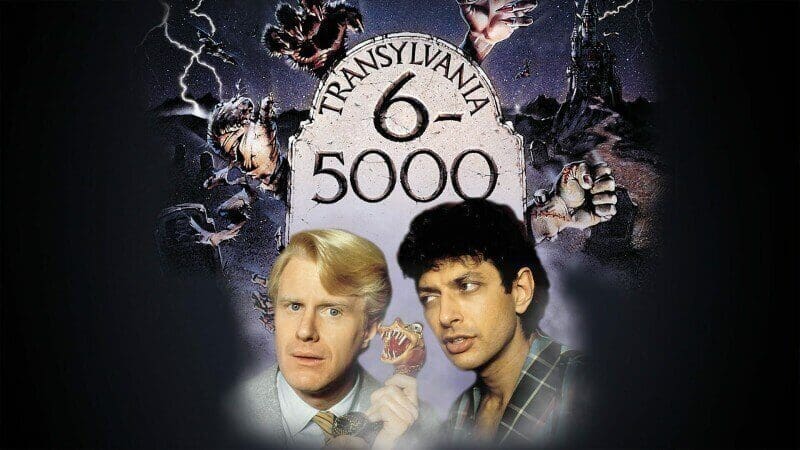 Transylvania 6-5000 is a bonafide cult film; a horror-comedy starring Jeff Goldblum, Carol Kane, Ed Begley Jr., and Geena Davis? But for some reason, no one seems to talk about this monster-filled gem. That needs to change. Geena Davis plays a vampire for gosh sakes. As far as we’re concerned, Transylvania 6-5000 should be recommended in the same breath as The Rocky Horror Picture Show.

Tabloid reporters Jack Harrison (Jeff Goldblum) and Gil Turner (Ed Begley, Jr.) are sent to Transylvania with two choices: find the Frankenstein monster or find new jobs. But before the jumpy journalists can dig up their big story, they must first face the horrors of an extremely clumsy butler (Michael Richards), a nymphomaniac vampire (Geena Davis) and a semi-mad doctor (Joseph Bologna), as well as assorted mummies, werewolves and more Transylvanian oddballs. Can these two bumbling heroes unravel this monstrous mystery or are they in for some very scary surprises?

One of the most recent flicks on our list, The Fanatic stars John Travolta and Devon Sawa in a fan-crazed stalker story with two eccentrics characters at its core. The directorial debut of rocker Fred Durst, this film got cruelly chucked to the back of the pile by reviewers, likely scaring away The Fanatic’s core audience. We say, ignore the critics (except us though, duh). This one deserves a watch.

On the grimy streets of Hollywood, a celebrity-obsessed man feels slighted by his favorite movie star and embarks on an unhinged quest to get a response – leading to a home invasion and a very long night that changes both men irreparably. 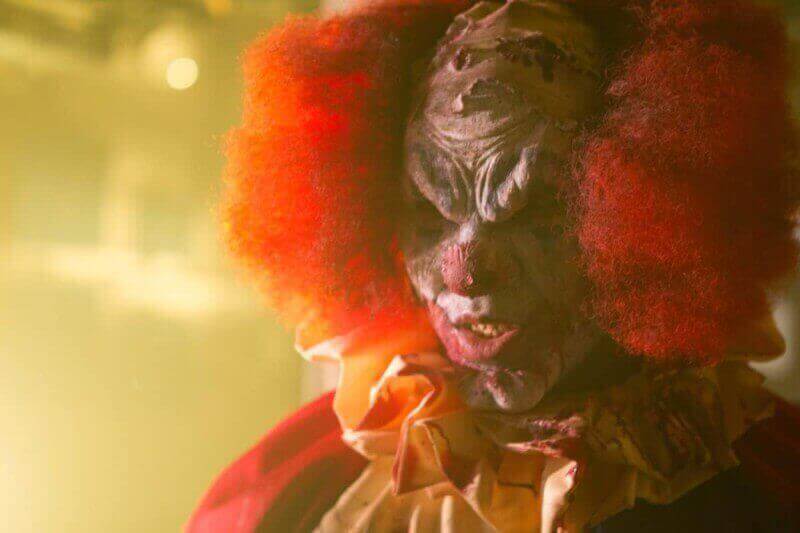 This indie horror-comedy is an action-filled romp with some unlikely heroes fighting for their lives. A scrappy little film with some great make-up, good humor, and a fun, fast-paced plot. A must-watch if you’re not looking for anything too cerebral and just want to watch a group of people kick some zombie ass.

Three inept night watchmen, aided by a young rookie and a fearless tabloid journalist, fight an epic battle to save their lives. A mistaken warehouse delivery unleashes a horde of hungry vampires, and these unlikely heroes must not only save themselves but also stop the scourge that threatens to take over the city of Baltimore.

I don’t know about you, but I love a good urban legend. Queen of Spades takes the Bloody Mary legend and adds a whole boatload of vengeance. Yes, teen-centric paranormal horrors are a dime a dozen, but this one’s got a fun legend behind it. Give it a go.

According to legend, an ominous entity known as the Queen of Spades can be summoned by performing an ancient ritual. Those brave enough draw a door and a staircase on a mirror, in darkness, and say her name three times. What happens next must be experienced to be believed. Four teenagers decide to summon the Queen of Spades as a joke. But they could never imagine the horrors this innocent prank has condemned them and to their loved ones. The evil entity won’t stop until she gets their souls. 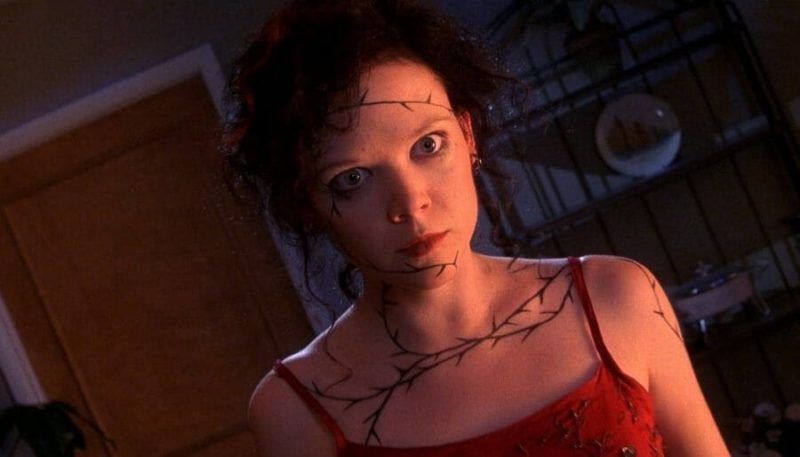 Calling all Y2k horror fans. The Rage: Carrie 2 is a doozy. A soft sequel to the Stephen King classic, this flick is high school horror at it peak. And by peak, I’m talking about those frosted tips all the boys sported Sugar Ray style. Man, I love me some y2k fashion.  But just to reiterate so I don’t get a bunch of angry emails… this film is nothing like the original.

Twenty-three years later, Carrie’s best friend is now a high school counselor who meets Rachel – a girl who denies her telekinetic powers until some jocks and cheerleaders make her really angry!

Looking for something a little different? Indie horror Attack of the Demons is entirely in animated papercraft! It’s like South Park if the characters weren’t all weiners and had to save the world. Brimming with creativity, this lil’ flick is a must-watch for its feats of animation alone. The story too is top-notch, a nice little small-town terror with a lot of heart.

For centuries, a demonic cult has been plotting world destruction. When a small Colorado town is overrun by a legion of mutating demons, three non demon hunter friends must use every skill their minds can fathom to stave off the demon apocalypse.

This subtle haunt is brimming with young talent; George MacKay, Anya Taylor-Joy, Charlie Heaton, and Mia Goth. Perhaps falling under the radar for coming out before the height of its young starlets’ rise to the spotlight, Marrowbone is well worth the watch. If you’re a fan of understated horrors like ghostly haunt The Others, or the eerie Picnic at Hanging Rock, you’ll love this atmospheric story.

Four siblings seek refuge in an old home after the death of their mother, only to discover that the house has another, more sinister, inhabitant, in this haunting directorial debut from Sergio G. Sánchez, screenwriter of The Orphanage and The Impossible.

Those are our picks for underrated horror movies currently streaming on Amazon Prime! What will you be watching first? Tweet at us @Nofspodcast on Twitter, or join the discussion in the Nightmare on Film Street Discord!

Don’t be afraid to tell us how we did! How many flicks have you seen from this list? What would you add? Hell, maybe you’ve got a list of your own you want to pitch to us and write yourself!