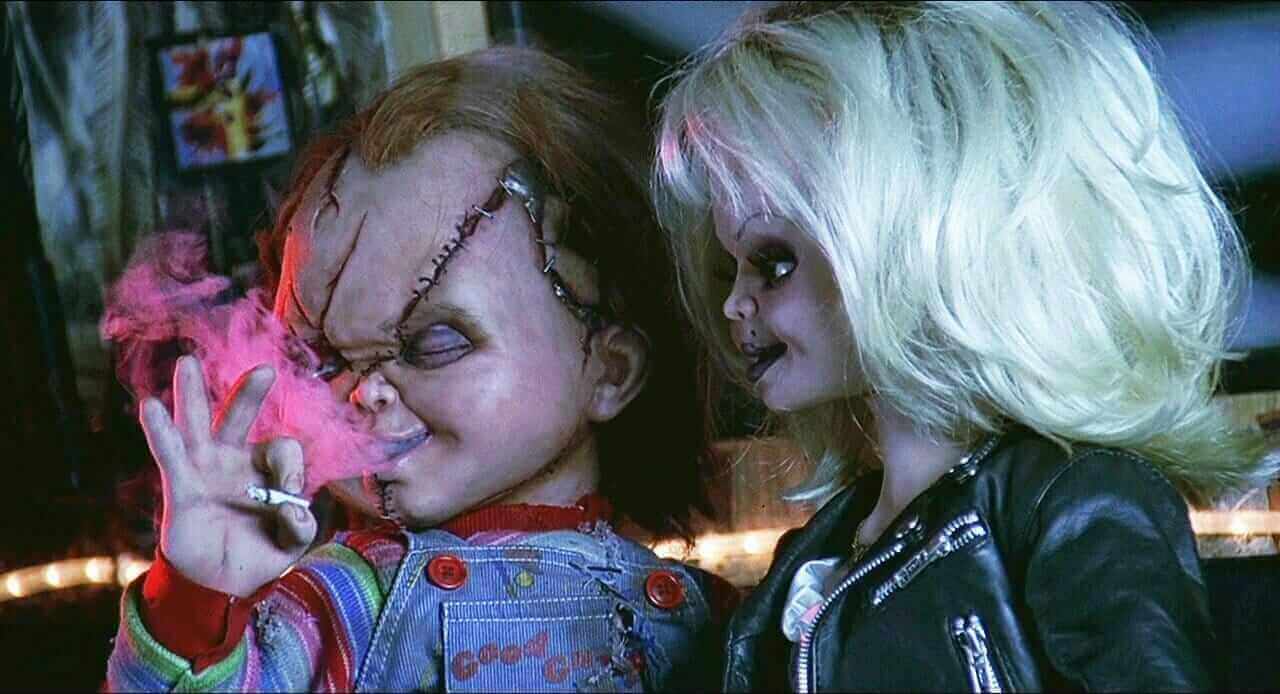 Wanna Keep Playing? 10 Horror Movies That Prove Nothing is Scarier Than A Creepy Doll

Chucky, Annabelle, Slappy, Brahms and Billy – Whether you love ‘em or hate ‘em, creepy dolls have been a staple of horror since time immemorial. All throughout horror history, little plastic hands have committed acts of violence, whilst glass eyes watch eerily from the mantlepiece. They’ve set traps, punished the cruel, housed the souls of serial killers and created a vast number of delicious new horror tropes.

With Syfy’s incredible Chucky series wrapping up its second season this month, we’re ready to crack out our pernicious puppets and devilish dollies with the 10 Horror Movies That Prove Nothing is Scarier Than A Creepy Doll. 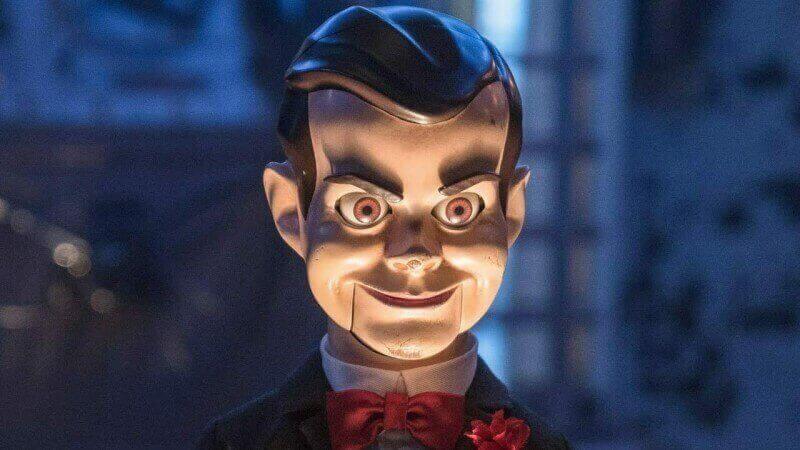 A teenager teams up with the daughter of young adult horror author R. L. Stine after the writer’s imaginary demons are set free on the town of Madison, Delaware.

This 2015 on-screen revisit of RL Stine’s titular book series is a kid-friendly, action-packed romp and a welcome return to the world of Goosebumps.

Dylan Minnette (13 Reasons Why) is genuinely proficient as the handsome boy-next-door, Zach, who becomes embroiled with Jack Black’s (I Still Know What You Did Last Summer) delightfully grumpy RL Stine and his long-suffering daughter, Hannah. A smorgasbord of Goosebumps icons make their appearance throughout, making this an absolute blast for nostalgic fans and newbies alike. With Goosebumps’ very own creepy doll at the centre, Slappy looks his best yet. Returning to the iconic look of his ‘Night Of The Living Dummy’ book debut, and voiced by Jack Black to boot, Slappy steals the show in this perfect, feel-good creepy doll movie. 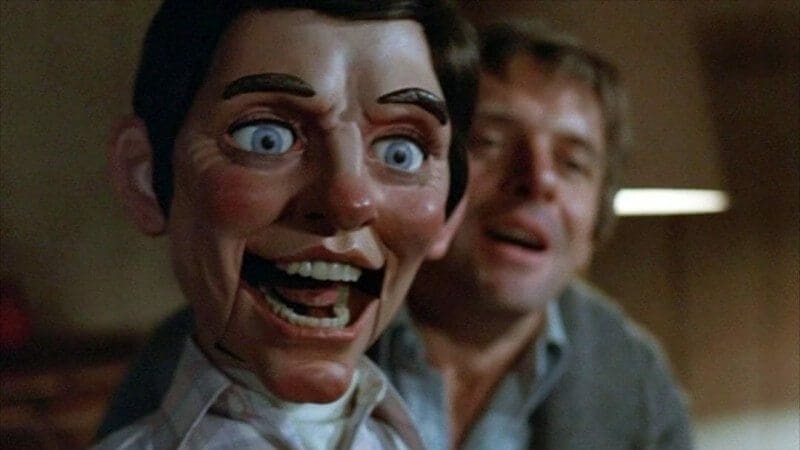 A ventriloquist is at the mercy of his vicious dummy while he tries to renew a romance with his high school sweetheart.

The often-overlooked Magic is a 1970’s thriller in all the best ways. Featuring a young and remarkably on-form Anthony Hopkins (Silence Of The Lambs) as awkward ventriloquist Corky, Magic will have you second-guessing all the way to the credits. Balancing a fantastic line between the supernatural and the descent of the human mind, this underrated horror truly lets Hopkins shine, along with his plastic co-star. Fats, Corky’s dummy, is one of the better doll designs put to screen – an intricately expressive face, a passing resemblance to Hopkins, and seemingly, a set of human teeth make him quite the compelling doll at the centre of this 1h 47m masterpiece. 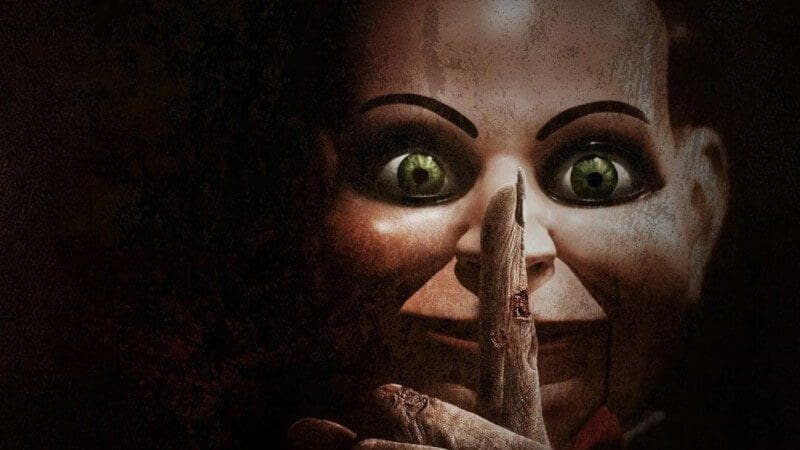 A young widower returns to his hometown to search for answers to his wife’s murder, which may be linked to the ghost of a deceased ventriloquist.

Eliciting the whimsical horror stories of the Hammer Horror era through a modern, green-hued lens, Dead Silence is James Wan’s (considerably more fun) directorial follow-up to 2004’s Saw. Despite a few shameless jump scares, Dead Silence does a notable job of creating the sort of creepy-fun atmosphere that you’d normally only get from a haunted house attraction. An utterly bonkers and brilliantly executed third-act twist makes this one that’ll stick with you well past watching. 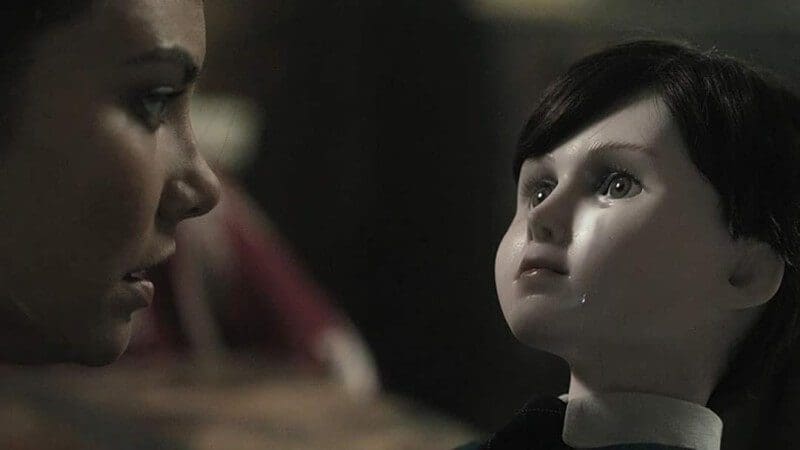 An American nanny is shocked that her new English family’s boy is actually a life-sized doll. After she violates a list of strict rules, disturbing events make her believe that the doll is really alive.

A surprisingly solid entry to the ‘Creepy Doll’ genre, 2016’s The Boy is beautifully shot and genuinely atmospheric. Solid performances from both Lauren Cohan (The Walking Dead) and Rupert Evans (The Man In The High Castle) truly sell the slow unwinding of this mysterious porcelain boy. The end reveal is spectacularly done, with some truly disturbing moments, cracking camera work, and inspired design.

Chucky, the doll possessed by a serial killer, discovers the perfect mate to kill and revive into the body of another doll.

Whilst *any* of the Chucky entries would be fair game for this list, Bride Of Chucky holds its place as this writer’s number one. Our ginger-haired protagonist was already well-established, but Bride Of Chucky brings along a blonde bombshell in the fantastic Tiffany, portrayed to perfection by Jennifer Tilly (Liar Liar).

Tilly brings a delectable, scathing feminine energy, giving the franchise a much-needed boost. Whilst Tilly originates the ‘big titty goth gf’ trope in her human form, her doll is equally engaging, dressed in a little wedding dress and leather jacket. She’s just as violent, just as passionate, and possibly even more unhinged than her plastic beau. Tiffany’s addition to the movie takes this from a basic horror sequel to an iconic, standout entry.

Twelve years after the tragic death of their little girl, a doll-maker and his wife welcome a nun and several girls from a shuttered orphanage into their home, where they become the target of the doll-maker’s possessed creation, Annabelle.

Whilst the first Annabelle movie had all the gusto of a wet fart, Annabelle: Creation took the creepy doll on a far more interesting journey. And although not a life-changing movie experience, this 2017 prequel (to a spin-off) provides a decent origin story set in the 1950s. Creepy kids, religion, nuns, and trauma give Annabelle a varied toy box with which to play, resulting in a far superior experience. Miranda Otto’s (Chilling Adventures Of Sabrina) performance as the tormented Esther Mullins is also a delight to behold. 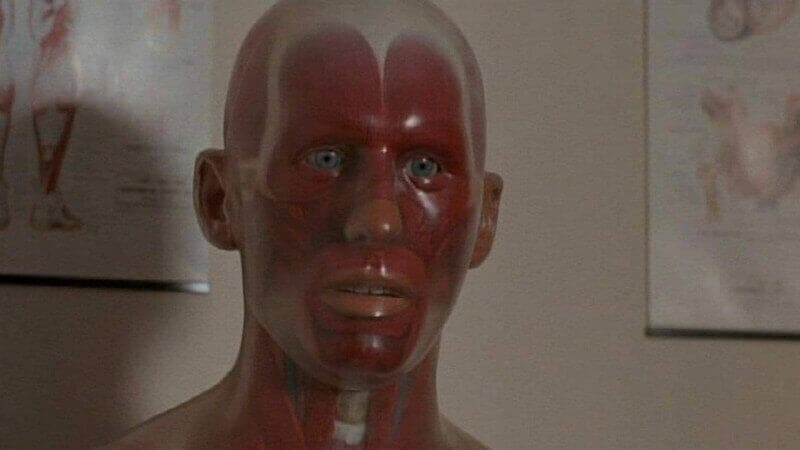 Isolated by his strange parents, Leon finds solace in an imaginary friend, which happens to be an anatomy doll from his father’s doctor office. Unfortunately, the doll begins to take over Leon’s life, and his sister’s life as well.

An underrated 80’s thriller, Pin is every bit as effective as it is bizarre. David Hewlett’s (The Shape Of Water) performance as Leon is authentic, his love of anatomy doll Pin bordering on obsessive without ever veering into the ridiculous. The gradual decline in Leon’s mental health, largely caused by strange, emotionally neglectful parents, and his growth into a somewhat unhinged young man are masterfully done. Pin never feels the need to resort to jump scares or gore, instead presenting a tense and unique look into a damaged young man’s psyche. (And a wonderfully creepy design in the titular doll, too.) 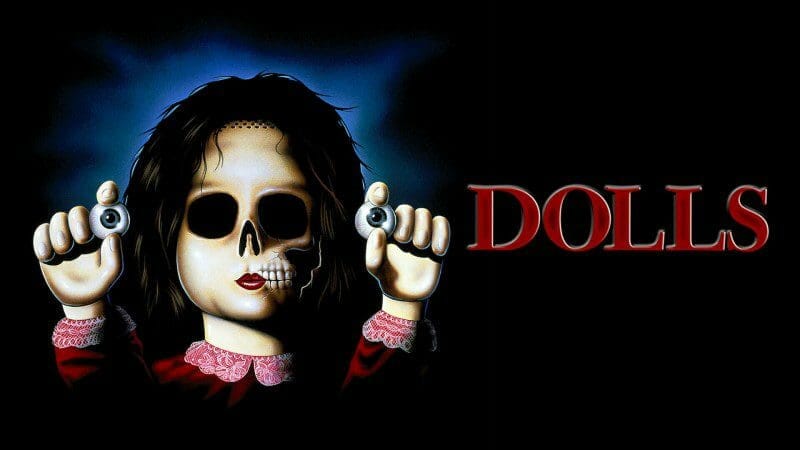 A dysfunctional family of three stop by a mansion during a storm — father, stepmother, and child. The child discovers that the elderly owners are magical toy makers and have a haunted collection of dolls.

I Have No Mouth And I Must Scream: 10 Body Horror Moments From Your Childhood

Following the cult success of Re-Animator and From Beyond, the fantastic Stuart Gordon (Re-Animator) made his foray into the wonderful world of Dolls.

A note-perfect Guy Rolfe (Mr. Sardonicus) portrays Gabriel Hartwicke, a delightful old dollmaker with a penchant for punishing the wicked. His witchy wife, Hilary Hartwicke, played by Hilary Mason (Don’t Look Now) completes the enigmatic pair in his moral tale of childlike wonder and karmic justice. Every performance is a standout, the inspired special effects delight and the excellent writing boasts an authenticity rarely found in the genre. Utterly, utterly brilliant. 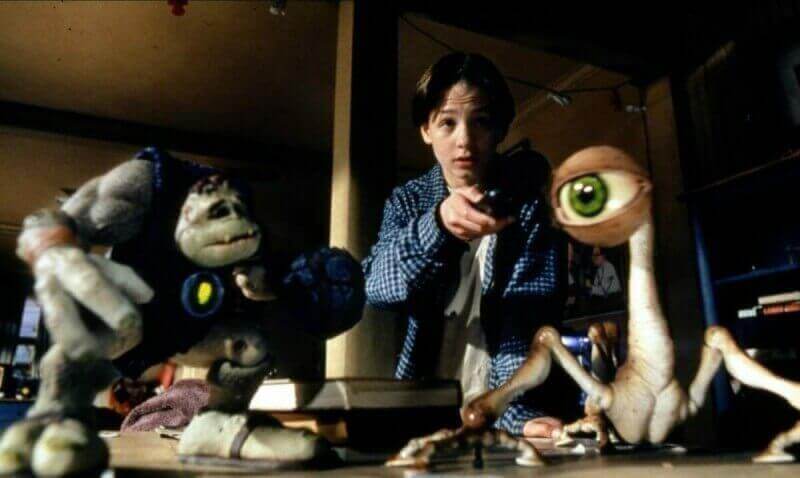 When missile technology is used to enhance toy action figures, the toys soon begin to take their battle programming too seriously.

Marketed as a silly action-adventure for kids, Small Soldiers comes from the horror mind of Joe Dante (Gremlins, The Howling)… And it shows. With the majority of the film fulfilling its genre duties, there are moments of genuinely unsettling genius. From the dystopian military tech put into toys to the grotesque design of several members of the Commando Elite to amputations and injuries (including Major Chip Hazard’s desecrated head, complete with popped out eyeball), not to mention that horrifying Barbie scene, and the many monster homages present in the Gorgonites – Small Soldiers definitely shows it’s horror roots. And it’s chock full of creepy dolls!

A mother of two who inherits a house is confronted with murderous intruders on the first night in their new home and fights for her daughters’ lives. Sixteen years later when the daughters reunite at the house, things get really strange.

An unconventional creepy doll movie, Incident In A Ghostland is a brutal and harrowing story of depravity and survival with two young women taking on doll-like roles for their disturbed captors. Coming from director Pascal Laugier (Martyrs), this 2018 horror-drama is not one for the faint of heart. Utterly disturbing in places throughout, Incident In A Ghostland’s real gut-punch comes in the form of the pitch-black ending. One of those ‘you’ll only watch it once’ type affairs, that’ll have you needing a big hug by the time the credits roll.

A robotics engineer at a toy company builds a life-like doll that begins to take on a life of its own.

With a story by James Wan (Dead Silence) and directed by Gerard Johnstone (Housebound), M3GAN is due to hit screens early next year. Giving Black Mirror vibes with a healthy helping of Wan’s signature horror, we’re expecting M3GAN to be an absolute blast. The recent trailer drop is certainly backing our expectations, and the deep uncanny valley produced by M3GAN’s unique design is something we can’t *wait* to witness. Also… those moves!? Damn, girl!

What’s your favourite Creepy Doll Movie? Sahre your picks with us (and let us know if you’re excited to see M3gan in the New Year over on Twitter or in the Nightmare on Film Street Discord! Not a social media fan? Get more horror delivered straight to your inbox by joining the Neighbourhood Watch Newsletter.