Another Halloween has come and gone, though the festivities this year were a lot different compared to previous years, for obvious reasons. Halloween means different things to different people. For the kids, it means getting lots of candy. For those who have outgrown Halloween, it’s still an excuse to party hard. But for everyone, it’s a chance to be spooky and let their freak flag fly. Bad Candy is a collection of stories about different townsfolk celebrating Halloween in their own way. The jam-packed anthology is directed by Scott Hansen and written by Desiree Connell. The two had previously collaborated on projects like The Possession Experiment and were both producers for Bully.

In the small town of New Salem, the local radio station Psychotronic 66.6 FM kicks off their yearly tradition of telling spooky stories over the air on Halloween night, hosted by Chilly Billy (Slipknot frontman Corey Taylor, in a role that was originally written for the late Sid Haig), with the help of his producer Paul (Zach Galligan, Gremlins). Each story comes with its own moral at the end, and no evil deed goes unpunished.

“Most Halloween anthologies are content with four or five stories, but Bad Candy attempted to cram [in] as many stories as possible…”

A young girl with magical drawing abilities gets revenge on her drunk stepdad for not letting her trick or treat. An old man who hides razor blades in his candy gets an unexpected visit. A drug dealer is attacked in a gas station bathroom. A vindictive Trump supporter breaks into a girl’s home. A lonely morgue worker ingests drugs during her graveyard shift. Ex-marines kidnap undesirables such as annoying hipsters and pimps for their hunt. Ghost hunters investigate an abandoned mansion that caught fire years ago for their television show. In the background of every story lurks Bad Candy (similar to Sam in Trick ‘r Treat), a demonic clown who feeds off the chaos, either as a distant observer or as an active participant in an evildoer’s demise.

As someone who works in both commercial radio and college radio, I paid special attention to how Chilly Billy ran his show. There were a few believable moments, like when Billy cuts to a commercial break, saying they need to “pay the bills.” But when he exclaims “I fucking hate clowns” on the air, I found myself reaching for an imaginary dump button. The host-producer relationship between Chilly Billy and Paul is accurate of real life though. Billy relies on Paul to take care of everything behind-the-scenes and understandably loses his patience when the power cuts out or when Paul is missing from his post. But they’re still good friends at the end of the day. 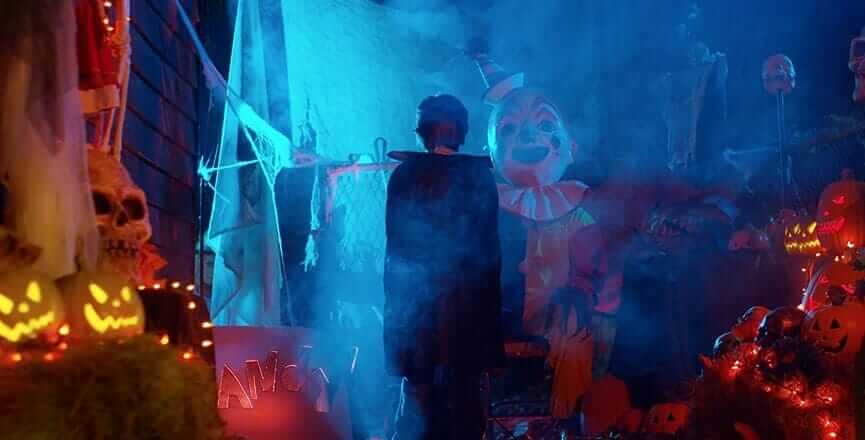 Something felt off while I was watching but I couldn’t really put my finger on it. Was it because none of the dialogue came off as natural? Or maybe not a single character was likeable or relatable? Or was it because the VFX looked incredibly fake, from the fairy, to the blood splatter, to the flames engulfing the mansion? Bad Candy would have benefitted from putting more time and money into their visual effects department, but that’s the tragic case of most independent efforts. On the plus side, the practical prosthetic makeup looked amazing, especially for the giant terrifying man-bat briefly show in the trailer.

Despite the low budget computer graphics, the movie is colorful and visually pleasing. Bits of heavy music are played on the radio and at the Halloween rave, though Slipknot fans who gravitated to the film might have been hoping for more. The acting, for the most part, is very amateur, but the film is occasionally saved by the more seasoned actors like Zach Galligan and Derek Russo (Jumanji: the Next Level), who brings the action and the humor as an actual former marine turned stunt performer/comedian.

“The stories are a lot like treats; the filmmakers should have taken one piece of candy each…”

There are some great moments in Bad Candy, my personal favorites being the segment in the mortuary (which reminded me of an infamous scene from Neon Demon) and seeing what happens to the MAGA home invader. Most Halloween anthologies are content with four or five stories, but Bad Candy attempted to cram as many stories as possible in its hour-and-45-minute runtime. As a result, it’s inconsistent throughout, and unfortunately, it falls flat at the end when it concludes on the weakest story of the bunch. The stories are a lot like treats; the filmmakers should have taken one piece of candy each, and maybe should have left some of the other treats for a guest director, instead of dumping the whole damn bowl of candy into their pillowcase, incurring the wrath of an evil clown (that’s me, I’m the evil clown).

Bad Candy screened at this year’s virtual Frightening Ass Film Festival on October 30th and 31st. Let us know if you’re excited for a brand-new Halloween Horror Anthology over to Twitter, Reddit, or in the Horror Movie Fiend Club on Facebook, and get more horror delivered straight to your inbox by joining the Neighbourhood Watch Newsletter. 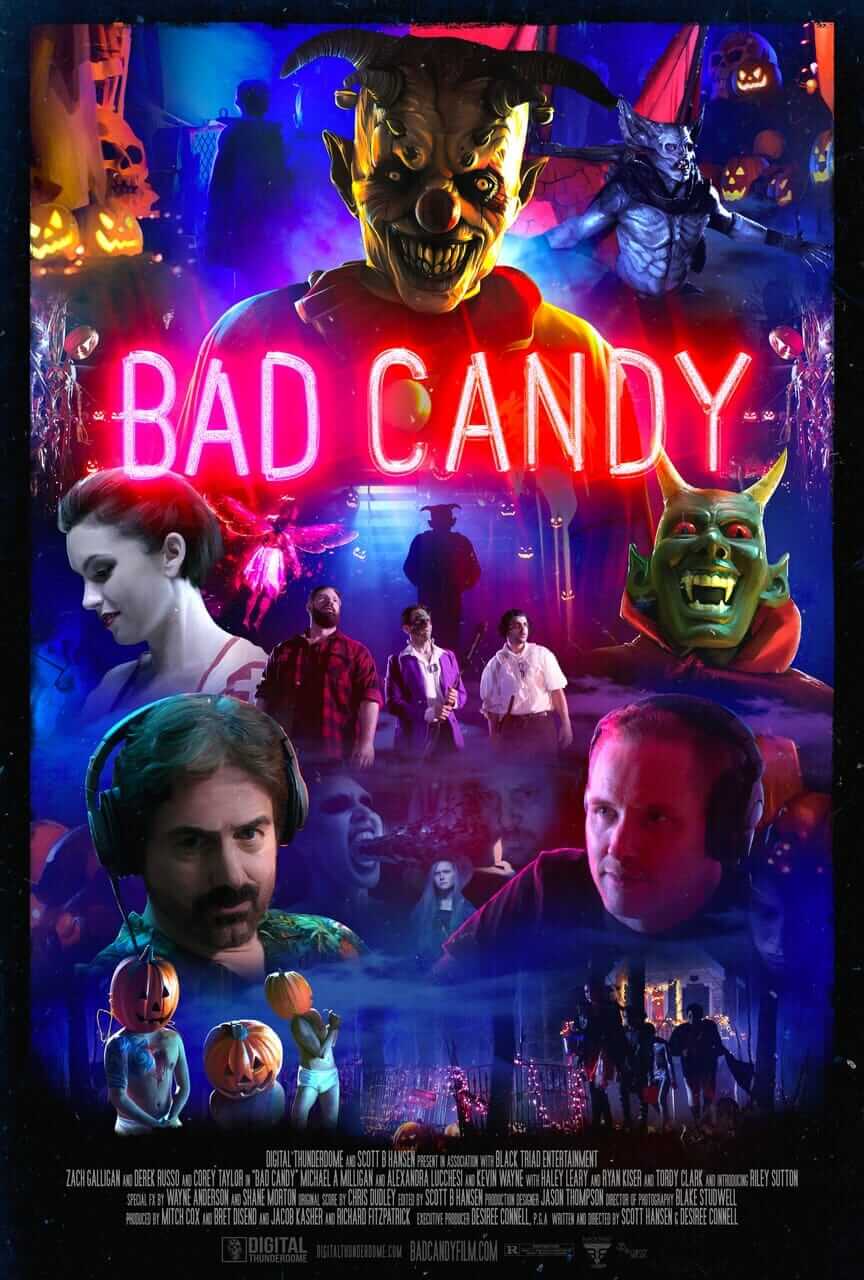 TLDR Most Halloween anthologies are content with four or five stories, but Bad Candy attempted to cram as many stories as possible in its hour-and-45-minute runtime. As a result, it’s inconsistent throughout, and unfortunately, it falls flat at the end when it concludes on the weakest story of the bunch. The stories are a lot like treats; the filmmakers should have taken one piece of candy each, and maybe should have left some of the other treats for a guest director, instead of dumping the whole damn bowl of candy into their pillowcase, incurring the wrath of an evil clown (that’s me, I’m the evil clown).