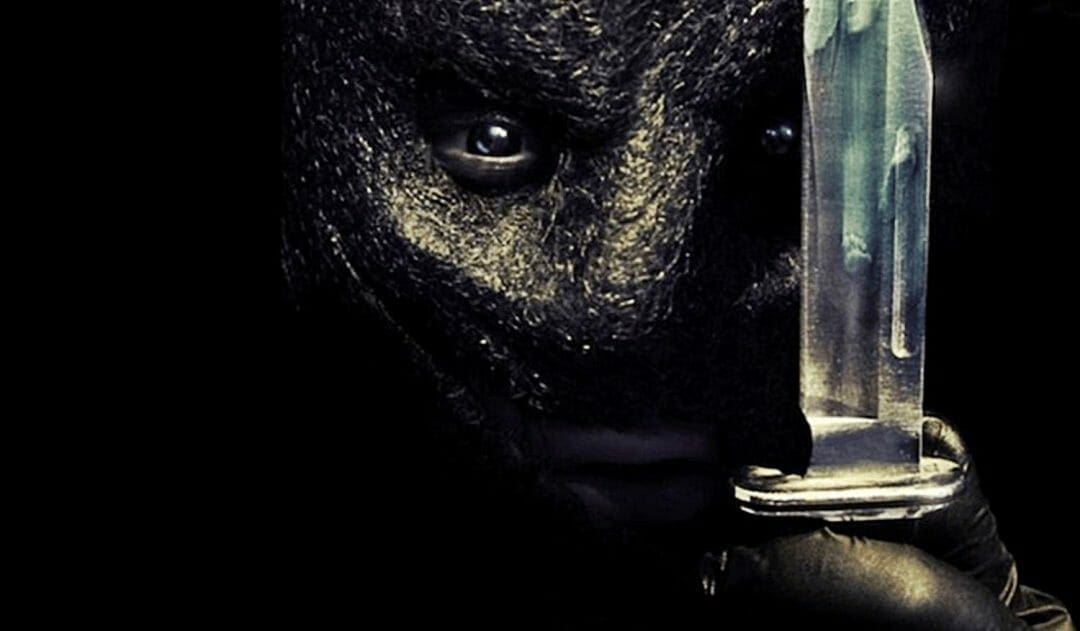 We all digest horror films differently. Some of us get the heebie-jeebies from a good ol’ fashioned terrifying story because we can relate to the experiences of the characters in one way or another. Some of us find ourselves deeply affected by jarring sounds, spooky musical scores, and even the spine-tingling spoken word. Me? While I appreciate all aspects of a good horror film, nothing unsettles me more than horrific imagery.

Because my heart belongs to horror, I long for the terror I felt the first time I saw Chucky late one night while my father laid asleep in his chair. I can still explain to you in great detail a reoccurring dream I had over the course of several years, which involved a frantic escape from the melted steel skeleton of the T-800 from The Terminator. In most instances, it is the filmmaker’s crafted creature that cements a movie as memorable or renders it forgettable on the spot.

“Walk with me down this dark and stormy path as I lift the curtain behind horror’s most frightening fiends. Welcome to Making A Monster!”

From the Cenobites from Hellraiser to the menacing Mogwai of Gremlins, horror has supplied us fans with a CVS Pharmacy-receipt length list of memorable monsters. We know what they look like, but have you ever asked yourself how exactly they came to be? How did the filmmakers translate the horrors in their heads into the iconic creatures we know and love? How did the actors behind the makeup and the masks interpret how their characters would behave, down to their subtle mannerisms? I ask you to walk with me down this dark and stormy path as I lift the curtain behind horror’s most frightening fiends . Welcome to Making A Monster!

For our first look under the microscope, let’s dive into the mind and make-up of a truly gruesome cold-blooded killer who shares a name with the film he was first featured: The Collector. The Collector is not your typical cold-blooded killer. Crafted closer in concept to Jigsaw from the Saw franchise, the Collector sets a series of traps to torture his victims. Unfortunately, there are no life lessons to be learned with this maniac. Instead, his endgame is to “collect” one victim, storing the unlucky choice in a trunk, like one would store their most prized possessions. But what’s the motive behind such a gruesome hobby? In an interview with Collider, Director Marcus Dunstan explained just what the Collector is.

“He was supposed to be the human version of a spider. And all a spider does is set up a trap for its prey and then eat it its leisure. So all the idea is that he was sort of going to do this with the family…And, his whole mystique is that he is kind of very complacent about the whole thing. he’s kind of fascinated by the whole thing. he’ll kind of watch and see how the people adapt and try and survive, but ultimately they’re boom, they’re done because they’ve already been caught”.

Interestingly, The Collector wasn’t the original title for the film or the killer. In fact, the character almost had no name at all. Originally titled The Midnight Man, writer Patrick Melton commented on the first crack at naming the character.

“Like all of the most horrifying cinematic serial killers, The Collector wears one creepy-as-hell mask.”

“[…] In the description he was called, ‘The Man.’ that’s it, just ‘The Man’ because we didn’t want to define him in the script and code him because it was kind of silly… It made more sense to highlight the villain instead of the main character because with all the great horror franchises it’s really kind of the killer instead of the main character that’s the big star. So by using the mask, it just made sense to call it that because it’s also and explanation of what he does”.

Perhaps the defining characteristic of The Collector aside from the mask is his infatuation with insects. Actor Juan Fernandez, who portrayed the villain, explained in an interview with Why So Blu how the character’s humanity shone through the veil of evil.

“That he was setting traps – he was trying to do psychologically do what society is doing to people. At one point the mother is putting Botox in her face and that is a trap of beauty and society. The most real moment in the film was where he saves the spider. That moment where he lets the spider go was a pivotal point for me in the story because it showed his humanity.  He could have killed it but he puts it outside because creatures and animals have no evil – it’s people who have that. That was my take on The Collector”.

The Face of Evil The Collector appears in the film dressed entirely in black – black shoes, black pants, a black sweater, and black leather gloves. It’s not his clothing style that garners the most attention, however. Like all of the most horrifying cinematic serial killers, The Collector wears one creepy-as-hell mask. As Dunstan had stated, the basic concept for the villain was a human version of a spider. Makeup effects designer Gary Tunnincliffe wished to craft a mask similar to burlap bag worn by Jason Voorhees in Friday the 13th Part II, but also reflect the killer’s infatuation with insects. The finished product? A guise made in hell. The mask was flocked to give the appearance of tiny hairs (like an insect), and pulled tight via laces featured in the back. In addition, reflective contact lenses gave the face glowing eyes in the dark, finishing off the bug complexion. Juan Fernandez had fascinating things to say about what the mask meant to him.

“If you really look at it it has so many meanings. It could be death or very much like some kind of lizard or crocodile or snake – everything was dark around him.  His movement had a certain grace, but his appearance was very eerie…the guy who made the mask was f****** brilliant and they took quite a few hours testing it”.

The Man Behind the Mask Actor Juan Fernandez had his work cut out for him when he signed on to become the Collector. Just how massive was the task at hand? We’ll get there. In the aforementioned interview with Why So Blu, Fernandez revealed he learned of the part from a casting director who had worked with him prior.

“There was a lady who cast me in another film (Monika Mikkelsen) who was the casting director for The Collector and she was a fan.  Some casting directors bring you in and just talk to you and she was one of those.  You’d tell her things and you’re kind of friendly, which is not the case now as the business is changing.  She called me and told me, ‘There’s this film that I think you will really like and the director was thinking of a dancer.’  And it’s funny because I told Marcus eventually, ‘A dancer is not going to give you what you really need – you need an actor who knows how to move”.

And movement was all he had to work with. With no dialogue and masked throughout the film, Fernandez had to rely on the movement of his eyes, mouth, and body to convey the evil incarnate that is the Collector. Even those limitations had, well, limitations. Wearing the two contact lenses mentioned above, one made of black plastic and the other reflective glass, Fernandez basically performed blind. In his opinion, this actually aided his work.

The Monster’s Mark on Society The Collector killer may not be one of the more well-known cinematic psychopaths, but those who have seen him surely won’t forget him. The Collector having to share the same release date as Transformers: Revenge of the Fallen and Harry Potter and the Half Blood Prince certainly didn’t help boost his popularity at the theatre. However, the film spawned a sequel in 2012, The Collection, and a third film in the franchise is currently being filmed, The Collected. It is fascinating that The Collector never did explode onto the masked killer scene like, say, Leatherface or Michael Myers, but he remains a cult classic in his own right.

Thank you all for joining me for the first installment of our new monthly column, Making a Monster. Let us know your thoughts on The Collector, and all your favorite creature (or killer) designs over on Twitter, in the Nightmare on Film Street Subreddit, and on Facebook in the Horror Movie Fiend Club. See you next month, Fiends! 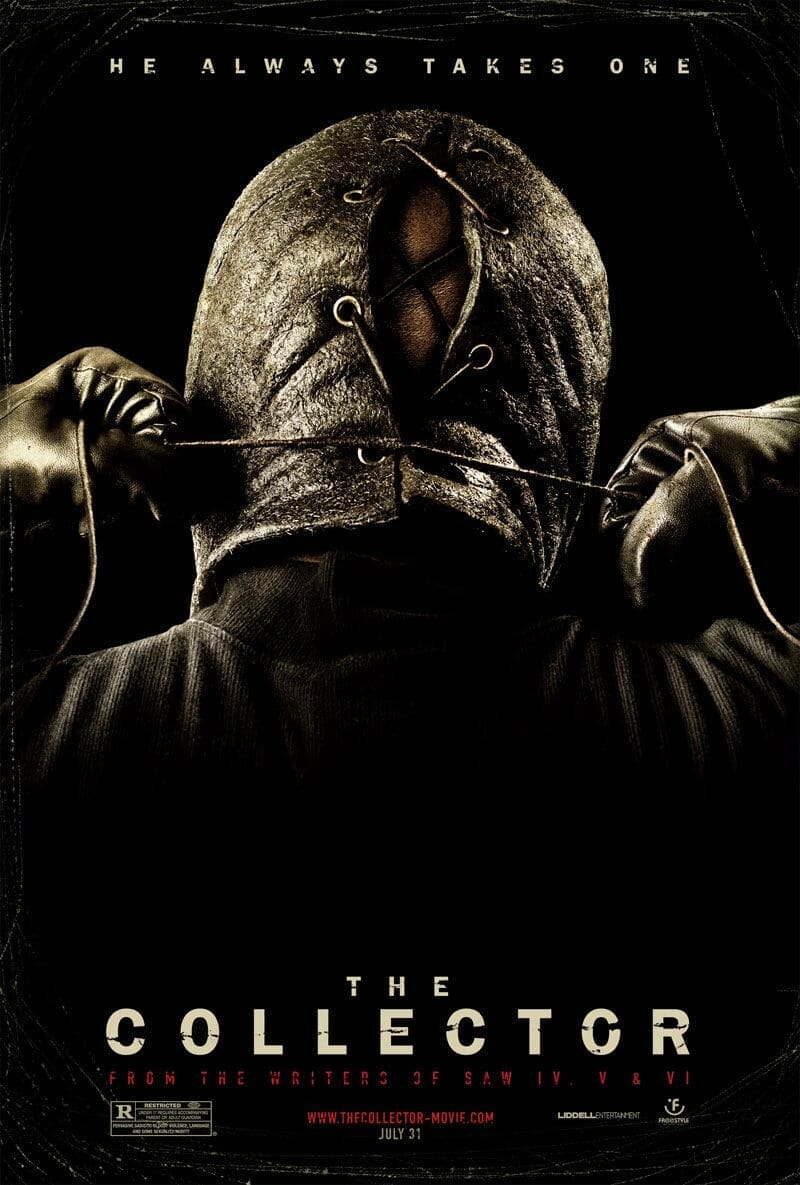