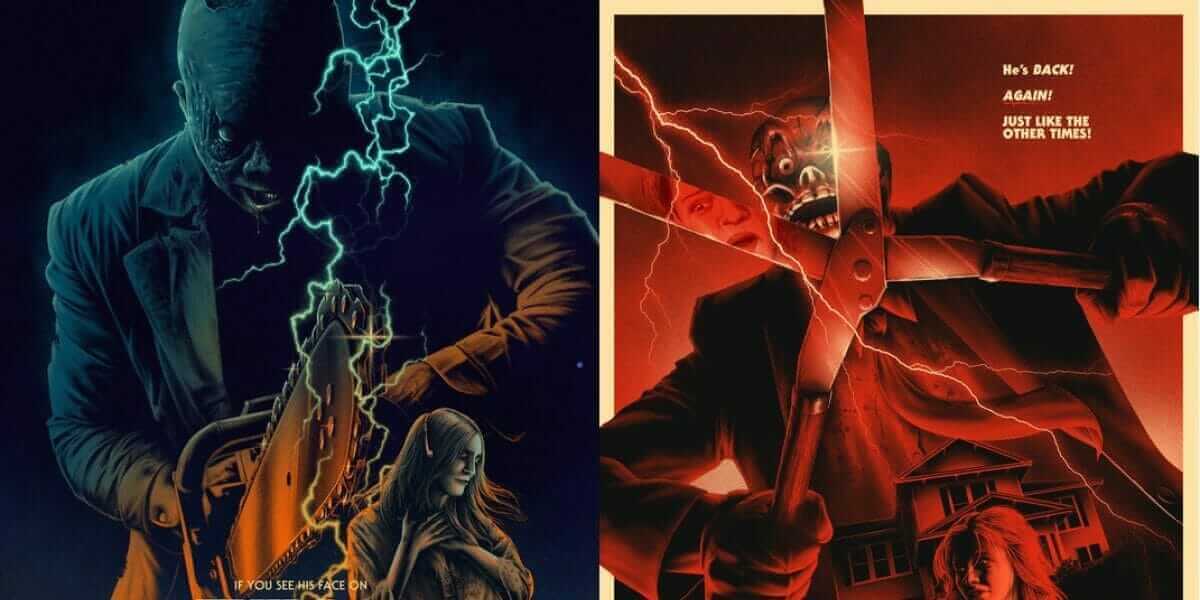 Think back to your first introductions to the franchises of horror royalty. More often than not, your first movie wasn’t THE first movie. If you lived a childhood similar to mine, your first glimpse of The Shape came via Halloween 4: The Return of Michael Myers during the heyday of AMC’s Monsterfest, now called FearFest. Or maybe you happened to turn on the TV on a Friday the 13th at just the right time to see Jason Voorhees punt a boombox in Vancouver (err…Manhattan) 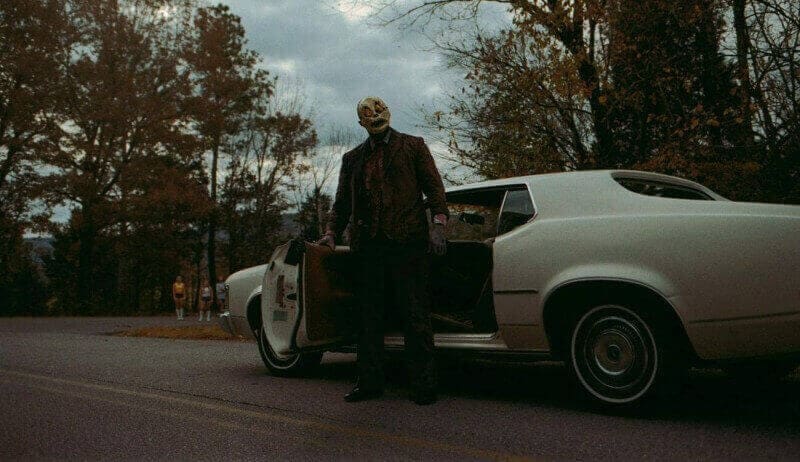 We then depart the decade of boy bands and Beanie Babies, going back to where it all started. The Third Saturday in October begins with the execution of the infamous serial killer Jakkariah Harding via the electric chair. Not convinced the monster is dead, two parents of Harding‘s multiple victims, Ricky Dean Logan (Darius Willis) and Vicki Newton (K.J. Baker) follow the body to the grave.

Confirming their fears, the two join together in the hunt to end the killer’s reign once and for all. But Harding has other plans for the football fans of Hackleburg. Shy waitress and future “final girl” Heather Hill (Allison Shrum) accepts an invite from a local boy to watch the big football game, along with a group of his stoner friends. This, along with plenty of other horror tropes, provide the fertile killing grounds that launch the fictional slasher franchise.

Instructing the audience to watch Part V first convinces you, the viewer, to pay stricter attention to what’s on screen. We expect answers to plot details we haven’t even seen yet in Part I, however, that isn’t the game the films are playing. Rather, each film is almost entirely independent of the other, aside from the villain, the holiday, and the flashbacks of parts II through IV (which don’t exist). This is pretty spot-on for the franchises The Third Saturday in October is emulating, but there’s usually some connective tissue that makes sequels more rewarding to watch, despite their legendary cheesiness.

While there’s not a ton of the proverbial “meat on the bones” plot-wise, homages and recreations of characters and scenes from our favorite slasher series are prevalent throughout the two films, especially in Part V. The Texas Chainsaw Massacre, Friday the 13th, and Halloween, in particular, are heavily represented throughout the films, among several others. We are introduced to characters reminiscent of Franklin, Laurie Strode, and even Chuck and Chili for the more seasoned horror vets out there. Awkward dance sequences that last far too long, ill-timed jokes, and bad decisions populate the double feature, sure to bring a smile to all of us in on the joke.

The parallels between Michael Myers and Jakkariah Harding are crystal clear, accented by a flashback scene featuring him in bandages vividly reminiscent of the aforementioned Halloween 4. While the villain’s introduction borrows from Wes Craven’s Shocker, Antonio Woodruff does an excellent job manifesting the slow, robotic mannerisms of Myers. The actor does add a unique trait to Harding, as he cackles wildly at different times, often humorously when he’s getting shot or stabbed.

The differences between The Third Saturday in October Part V and Part I are stark. The gore stars front and center in the sequel, while the characters are mostly shallow lambs for the slaughter. This presented the most difficult challenge in deciphering just what I was watching – how closely was it trying to mimic a “part V”? The fifth film of any franchise is notoriously not good. Whether you’re begging Michael Myers to tuck that GD mask in during Halloween 5: The Revenge of Michael Myers or wondering just how the hell we got to Freddy Krueger terrorizing a zygote in A Nightmare on Elm Street 5: The Dream Child, franchises usually have a come-to-Freddy moment and need to regroup after such hard left turns.

The Third Saturday in October Part V reeks of direct-to-DVD films of our past. I’m more inclined to believe this was done completely on purpose, and while that choice is equal parts hilarious and impressive, it doesn’t play with as much quirky, absurd fun as it’s ancestors. There’s no Demon running for an outhouse –  Goddamn enchiladas.

Though Part V didn’t quite hit for me, Part I fell right in my slasher wheelhouse. The original film to this fictional franchise feels incredibly authentic to the 1970’s slasher genre, right down to the camera filters used to bathe the footage in a warm, fuzzy aesthetic. Darius Willis is a joy to watch in his Dr. Loomis-esque role as Ricky Dean Logan, as is K.J. Baker’s wide-eyed Vicki Newton, whose smoking habit and wardrobe emulate another Halloween mainstay: nurse Marion Chambers.

In the strongest (and my absolute favorite) sequence in either film, Harding escapes his coffin from a foggy graveyard in a scene mirroring Michael‘s escape from Smith’s Grove in the original Halloween. Beautifully shot and impressively performed, the scene is perfected by perhaps the finest performance in The Third Saturday in October, composer Kelvin Wooten. The score, in this scene and throughout Part I, is phenomenal. Synthesizer and piano warped and distorted to sound like a film soundtrack aged 50 years, Wooten’s score is the perfect tall tale to the white lie that we’re effectively watching a 1970’s slasher lost in a studio warehouse somewhere for half a century.

The extraordinary artistry behind the aesthetic of Part I provides a blueprint for horror I didn’t know I needed – films not just set in the glory days of horror that was the late 70’s/80’s but crafted to feel like they came straight from a reel canister covered in decades of fine dust. We’ve seen recent horror wade into this territory with flashback sequences, but it’s a fascinating experience to see it done for an entire film, and done well. While Part V might not hit the same home-run as Part I, that’s a fitting result for this cinematic experiment, isn’t it?

“While Part V might not hit the same home run as Part I, that’s a fitting result for this cinematic experiment, isn’t it?”

Jay Burleson’s The Third Saturday in October and The Third Saturday in October Part V celebrated its Florida Premiere at the 2022 Popcorn Frights Film Festival. Click HERE to follow our continued coverage of the festival and let us know if you’re excited to check out this experiment in Horror Nostalgia over on Twitter, Reddit, Facebook, and in the official Nightmare on Film Street Discord. Heck, follow Nightmare on Film Street on TikTok for more horror movie recommendations while you’re at it.

Review: The Third Saturday in October Part I & V

TLDR The Third Saturday In October and The Third Saturday in October Part V is a double feature that provides an intriguing experiment for horror fans to dissect, and a satirical look at long-running horror franchises. We've seen recent horror wade into nostalgia territory with flashback sequences, but it's a fascinating experience to see it done for an entire film, and done well. While Part V might not hit the same home-run as Part I, that's a fitting result for this cinematic experiment, isn't it?

The Third Saturday in October

The Elements of a Slasher Sequel