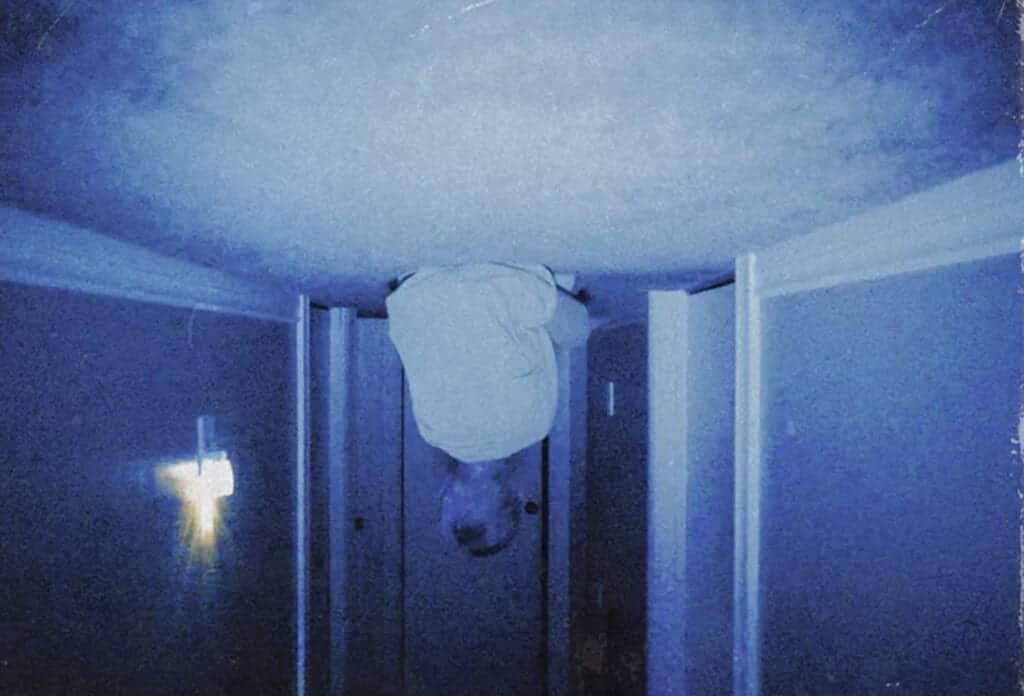 Kyle Edward Ball’s experimental debut feature Skinamarink is an eerie, elongated nightmare plucked straight from the mind of your childhood self. Shot in a way that looks more like a collection of hyper-specific memories rather than a movie, it’s a dread-fueled trip into the lives of two children trying to make sense of a world that is no longer recognizable to them.

There isn’t much in the way of plot in Skinamarink. Not unlike many art films you find on the film festival circuit, it’s much more of an experiment in tone. That’s not a point against the movie, but it’s good to know what you’re in for before you sit down to watch it for yourself. The words “Experimental” are a beacon that is either a warning sign or a siren’s song depending on your personal taste. And if your taste includes methodical, atmospheric tension then you’re gonna really dig this minimalist horror.

“…an eerie, elongated nightmare plucked straight from the mind of your childhood self.”

As far as plot goes, Skinamarink follows two young siblings who wake up in the middle of the night to discover that their father is missing. What’s worse is that the windows and exterior doors of their house have also suddenly vanished. Their toilet also disappears a little later on but that’s beside the point. Unsure what to do, the brother & sister hold up together in the living room of their house to watch cartoons and wait out whatever it is that is happening to them.

The atmosphere that Skinamarink creates is undeniable and it’s a frightening movie at times. If your patience wears thin easily, you might want to save this one for a day when you’re feeling especially attentive. It’s not that you’ll miss anything if you don’t pay attention but if you (like me) are used to multitasking and twiddling around on your phone while you watch Netflix, you’re going to have to fight the urge to pull that sucker out. Despite being a short 90 minutes, it can at times feel 10 hours long.

In the first twenty minutes of the movie, the most action you’ll see is a few feet scurrying across the floor or a closet door opening. The entire film is filled with lingering shots of flickering lights and still images of toys and televisions. But it really does begin to cast a spell on you if you let it. I don’t think it’s a stretch to imagine that a handful of people watching Skinamarink might say to themselves “I could have made this movie,” but Ball’s pacing and camera placement is incredibly deliberate. It’s designed to bring you back to those innocent days of your childhood when you couldn’t explain why you were scared but you knew in your bones that something was very, very wrong.


This slow-paced surreal mood piece isn’t without a few arthouse jump scares. A handful of times you’ll find yourself staring at a still image of a dimly lit toy or an empty hallway only to have it suddenly move and shriek at an ear-piercing volume. I wouldn’t say I was big fan of those but the slow, brooding moments of terror are the ones to stick around for. There is a voice that calls out to the children from time to time that rattles at a low, almost primal frequency but Ball also makes checking under the bed scary again. There was never anything under the bed but it scared us all, and for a half-second you’re back in your own bedroom, terrified to look.

“…definitely not a movie for everyone, but […] isn’t afraid to take its time and get weird…”

Skinamarink also has one of the scariest interactions between a child and an unwell parent. If you’ve always been super creeped out by that unnerving conversation between Jack & Danny Torrance in The Shining (1980) the mother in Skinamarink is sure to haunt you. This is definitely not a movie for everyone, but if you’re looking for something a little off the beaten path that isn’t afraid to take its time and get weird, you’re bound to see something that will creep you out.

Kyle Edward Ball’s Skinamarink is playing in select theatres now and will likely show up on Shudder at some point later in 2023. Click HERE to check out all the other spooky stuff we reviewed at Fantasia 2022 and let us know what you thought of this indie viral sensation over on Twitter, Reddit, Facebook, and in the official Nightmare on Film Street Discord. 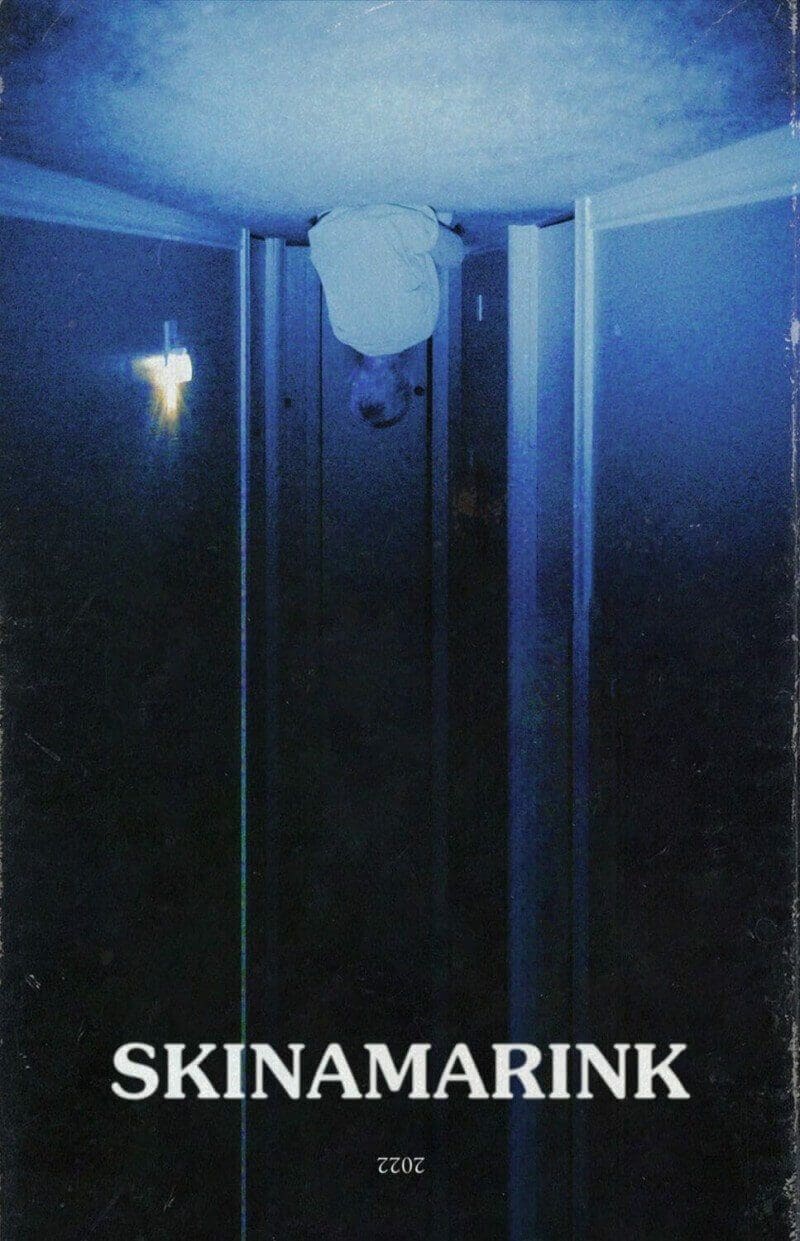 Review: SKINAMARINK (2023)
TLDR
The atmosphere that Skinamarink creates is undeniable and it's a frightening movie at times. It's definitely not a movie for everyone, but if you're looking for something a little off the beaten path that isn't afraid to take its time and get weird, you're bound to see something that will creep you out.
Story
50
Atmosphere
75
Cinematography
70
Pacing
50
61